The inscription on Jefferson’s headstone reads, “Here was buried Thomas Jefferson, author of the Declaration of American Independence, of the Statute of Virginia for Religious Freedom, and father of the University of Virginia.” He was also the nation’s first secretary of state, second vice president, and third president. In his final letter, Jefferson declined an invitation to join “the remnant of that host of worthies” at Independence Day celebrations in Washington, DC. Of the decision “between submission or the sword,” he gave thanks “that our fellow citizens, after half a century of experience and prosperity, continue to approve the choice we made.” 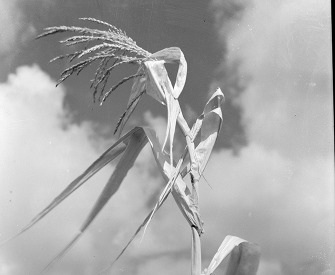 No Rose Without a Thorn

Thomas Jefferson referees a match between the head and the heart.More

I find the pain of a little censure, even when it is unfounded, is more acute than the pleasure of much praise.

In a September 1820 letter, Thomas Jefferson warned that “to consider the judges as the ultimate arbiters of all constitutional questions” would “place us under the despotism of an oligarchy. Our judges are as honest as other men, and not more so.” A letter three months later was more incendiary, calling the judiciary “the subtle corps of sappers and miners constantly working underground to undermine the foundations of our confederated fabric.”

Getting the Band Together

Thomas Jefferson tried to avoid using servants at dinner parties by placing a dumbwaiter near each seat. According to one society chronicler, he feared “much of the domestic and even public discord was produced by the mutilated and misconstructed repetition of free conversation by these mute but not inattentive listeners.”

Thomas Jefferson on the morality of chance. More

Thomas Jefferson never wrote or said, “I’m a great believer in luck. The harder I work the more I seem to have.” The quip was crafted by San Francisco humorist Coleman Cox for a 1922 collection titled Listen to This.

Money, not morality, is the principle of commercial nations.

There is not a sprig of grass that shoots uninteresting to me.

Education is the foundation of a nation.More

Jefferson chides Hamilton for giving in to the fraudsters.More

I cannot live without books, but fewer will suffice where amusement, and not use, is the only future object.

I like the dreams of the future better than the history of the past.

Custom of the Country

Remembrances of a Republic Past

Adams and Jefferson reflect on their lives in politics.More

“That 150 lawyers should do business together ought not to be expected,” wrote Thomas Jefferson in 1821, in his autobiography, referring to the inefficiency of Congress. Woodrow Wilson judged the House of Representatives in his doctoral thesis, published in 1885 as his first book, “a disintegrate mass of jarring elements.” Mark Twain wrote, twelve years later, “It can probably be shown by facts and figures that there is no distinctly native American criminal class except Congress.”

The tree of liberty must be refreshed from time to time with the blood of patriots and tyrants. It is its natural manure.

In the United States around 1787—the year that Thomas Jefferson took a three-month sabbatical to tour the vineyards of France and Italy—the average drinking American consumed the equivalent of an estimated six gallons of pure alcohol per year. The figure today is 2.2.

Before their journey westward in America in 1804, Meriwether Lewis and William Clark were advised by Thomas Jefferson to “observe the animals” and especially “the remains and accounts of any which may be deemed rare or extinct.” One of the animal fossils that the expedition sent back is believed to have been of a dinosaur, dating from the Cretaceous Period.