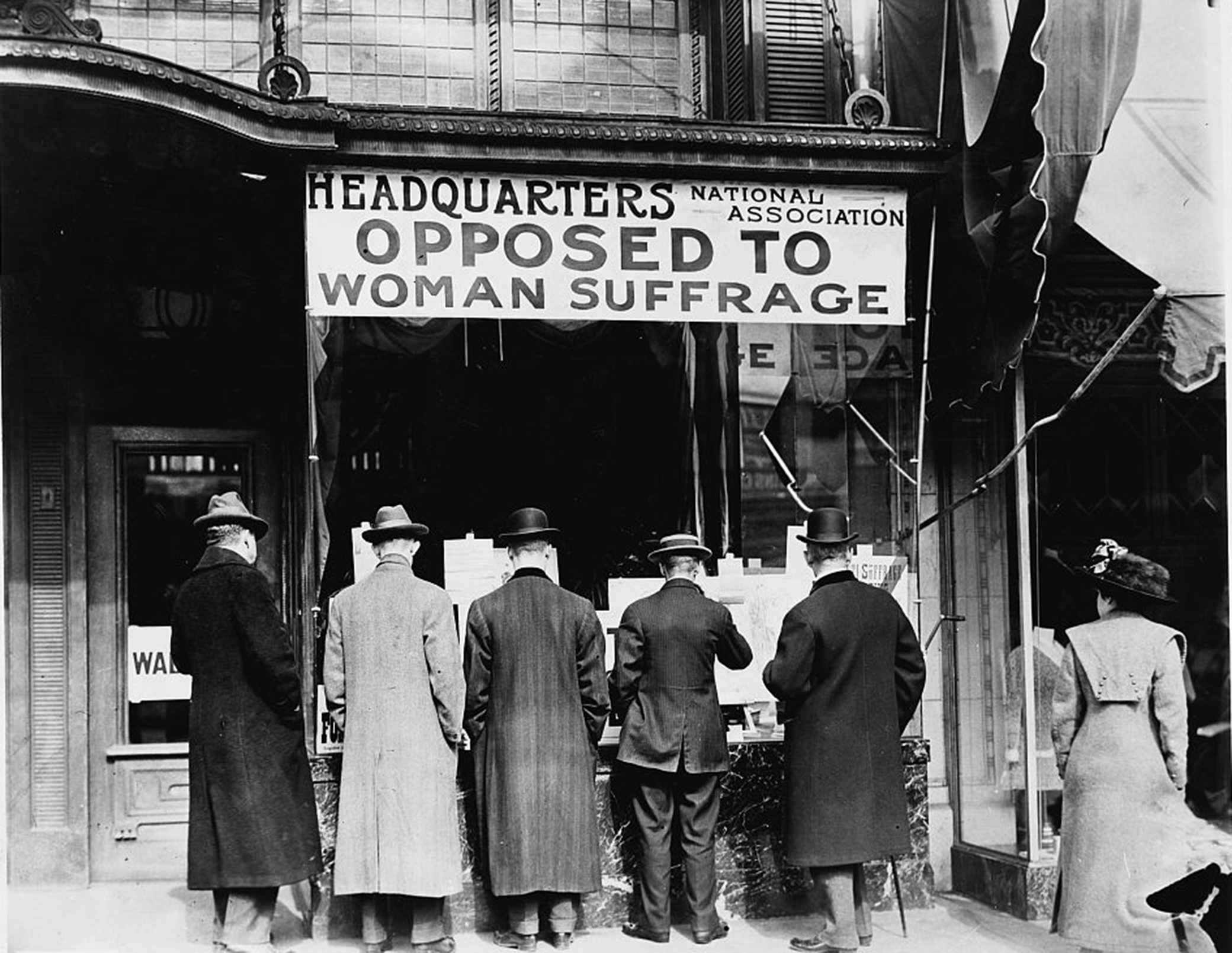 This week’s selection comes from Elaine Weiss, author of The Woman’s Hour: The Great Fight to Win the Vote, out now from Viking. 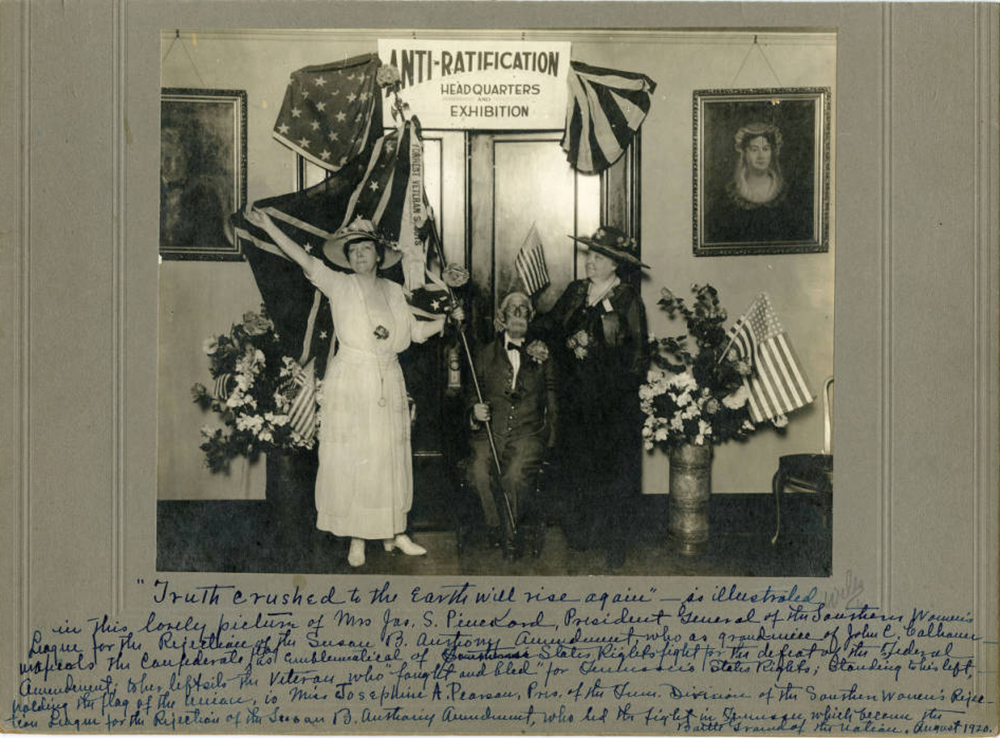 I found this photo in the Tennessee State Library and Archives in Nashville while conducting research for The Woman’s Hour: The Great Fight for the Vote. It is a superb specimen of the political propaganda used in the campaign against the Nineteenth Amendment, saturated with symbols and references whose meaning would be well understood by its intended audience. In the heat of the first week of August 1920, this photograph was taken on the mezzanine level of the Hermitage Hotel in Nashville, Tennessee. It may not look like a battlefield scene, but it captures the opening salvo in one of the pivotal political battles of the twentieth century. The photo commemorates the grand opening of the headquarters of the Women’s Southern League for the Rejection of the Susan B. Anthony Amendment. These women opposed the enfranchisement of their sister Americans.

In the summer of 1920 Tennessee emerged as the state to provide the thirty-sixth ratification needed to make woman suffrage the law of the land. The Tennessee legislature convened a special session to act on the Nineteenth Amendment, and all the forces—working both for and against woman suffrage—converged on Nashville. After seventy-two years of campaigning for the vote, this was the moment of truth for both the suffragists and those opposed to women obtaining the ballot. The national opposition included political, corporate, and religious foes of women’s right to vote; as this decisive confrontation unfolded in a Southern state, regional concerns like states’ rights, white supremacy, Jim Crow race restrictions, and nostalgia for the Lost Cause were thrust into the debate.

At the left-hand side of the photo is Nina Pinckard of Montgomery, Alabama, president and founder of the Women’s Southern Rejection League. Her group had already scored several victories in other Southern state legislatures by employing blatantly racist rationales: warning that by granting women the vote, black women would also be enfranchised, and this would endanger the “Southern way of life.” As she arrived in Nashville to lobby Tennessee lawmakers, Pinckard implored legislators to “protect us from this device of Northern Abolitionists” in what she called “this matter of life or death to our beloved Southland.”

The woman at right is Josephine Anderson Pearson (in whose scrapbook this photo was preserved), president of the Tennessee division of the Rejection League. Keeping the vow she’d made to her dying mother to protect Tennessee from the “Feminist Peril” of woman suffrage, Pearson led the Tennessee women “Antis.” With portraits of Andrew and Rachel Jackson in the background, Pearson waved an American flag, while Pinckard joyfully unfurled the Confederate “Stars and Bars” battle flag. Both women wore red roses, the emblem of the anti-suffrage campaign. (The suffragists wore yellow roses.)

Sitting between the women was a wizened Civil War veteran—a huge red rose pinned to his suit jacket—a living symbol of those “who fought and bled for Tennessee’s States’ Rights.” His service as a young scout in the celebrated Tennessee cavalry unit led by General Nathan Bedford Forrest was announced by the banner hanging down from the pole of the Confederate flag. This banner was a silent whistle to Tennesseans: Forrest was famous not only as a Confederate commander but also as a founder of the Ku Klux Klan.

The message of the photo was clear: the fight over the federal women’s suffrage amendment wasn’t just a debate over women’s civil rights and role in modern society, it was a struggle to preserve “Southern civilization”—state sovereignty and white supremacy. Pearson emphasized the Civil War motif in the caption she wrote in her own hand: “Truth crushed to the Earth will rise again.”

With this battle cry, the final bitter clash over the Nineteenth Amendment began. All the core themes of American history—race, class, money, equality, power, and democracy—come to the fore during one hot summer in Nashville. 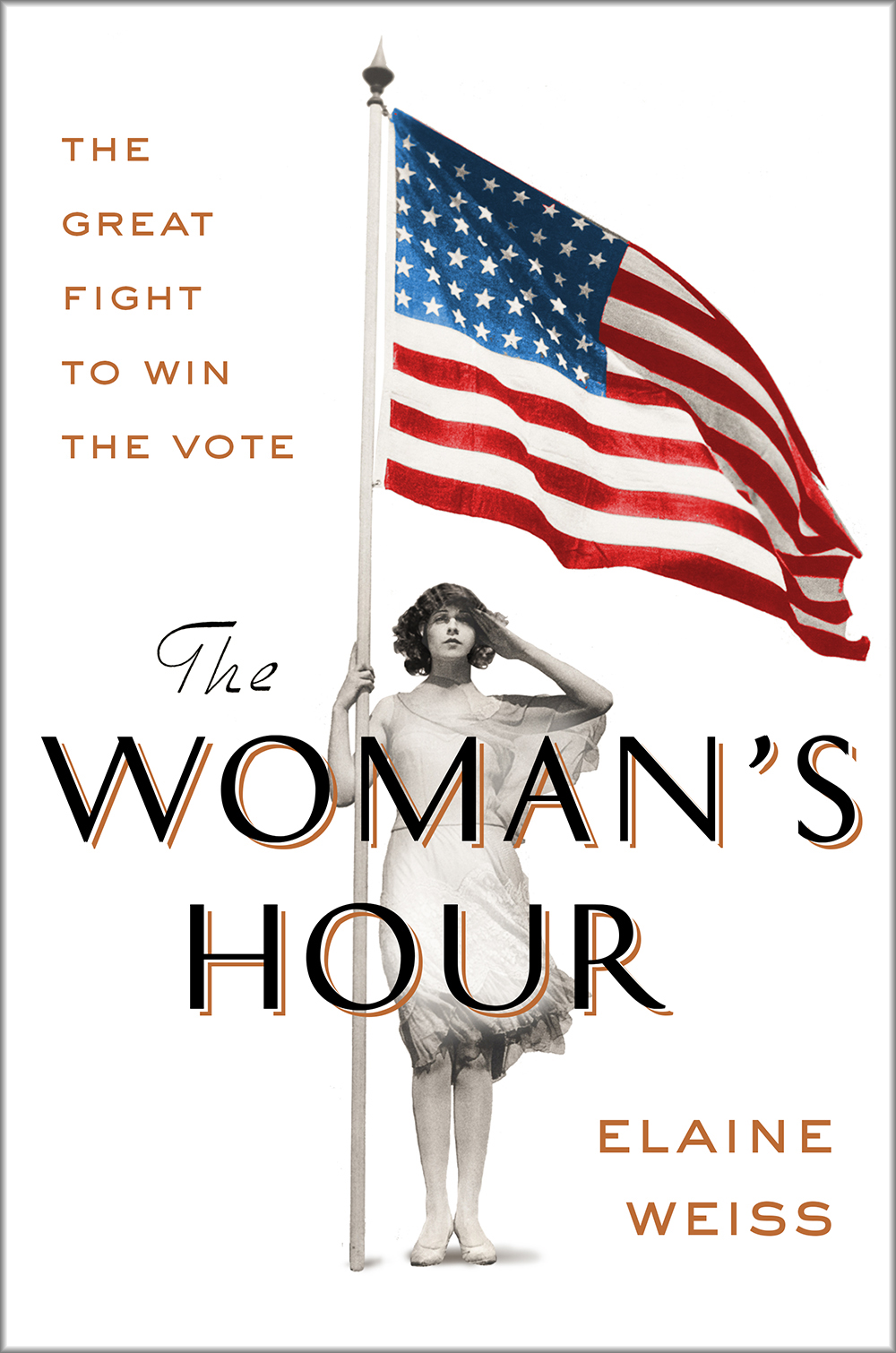 Elaine Weiss is an award-winning journalist and writer whose work has appeared in The Atlantic, Harper’s, the New York Times, and the Christian Science Monitor, as well as in reports and documentaries for National Public Radio and Voice of America. A MacDowell Colony Fellow and Pushcart Prize Editor’s Choice honoree, she is the author of The Woman’s Hour: The Great Fight to Win the Vote and Fruits of Victory: The Woman’s Land Army in the Great War.