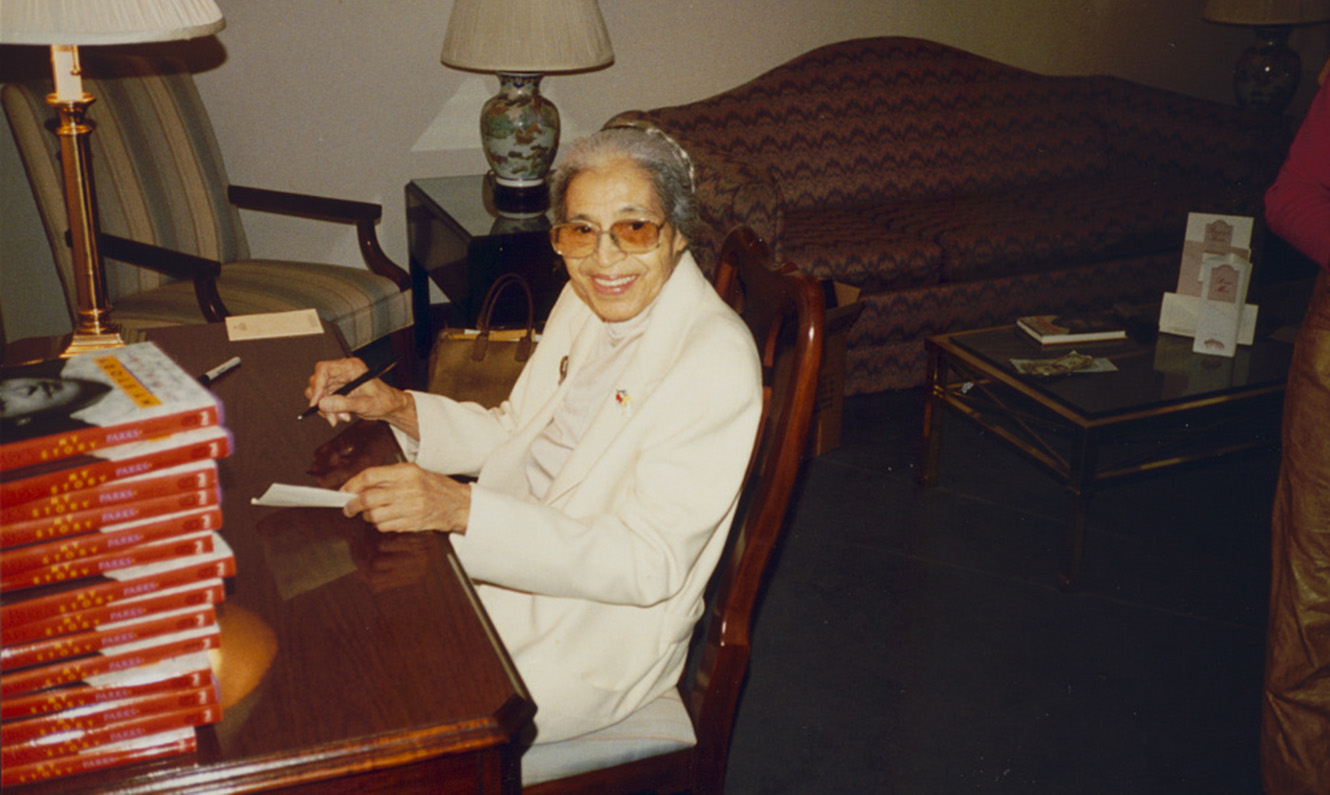 Rosa Parks sitting at a desk next to copies of her 1992 autobiography, c. 1992. Library of Congress, Prints and Photographs Division.

Our third selection comes from Jeanne Theoharis, author of A More Beautiful and Terrible History: The Uses and Misuses of Civil Rights History, out now from Beacon Press. The reading comes from the personal papers of Rosa Parks, which opened to the public only three years ago. 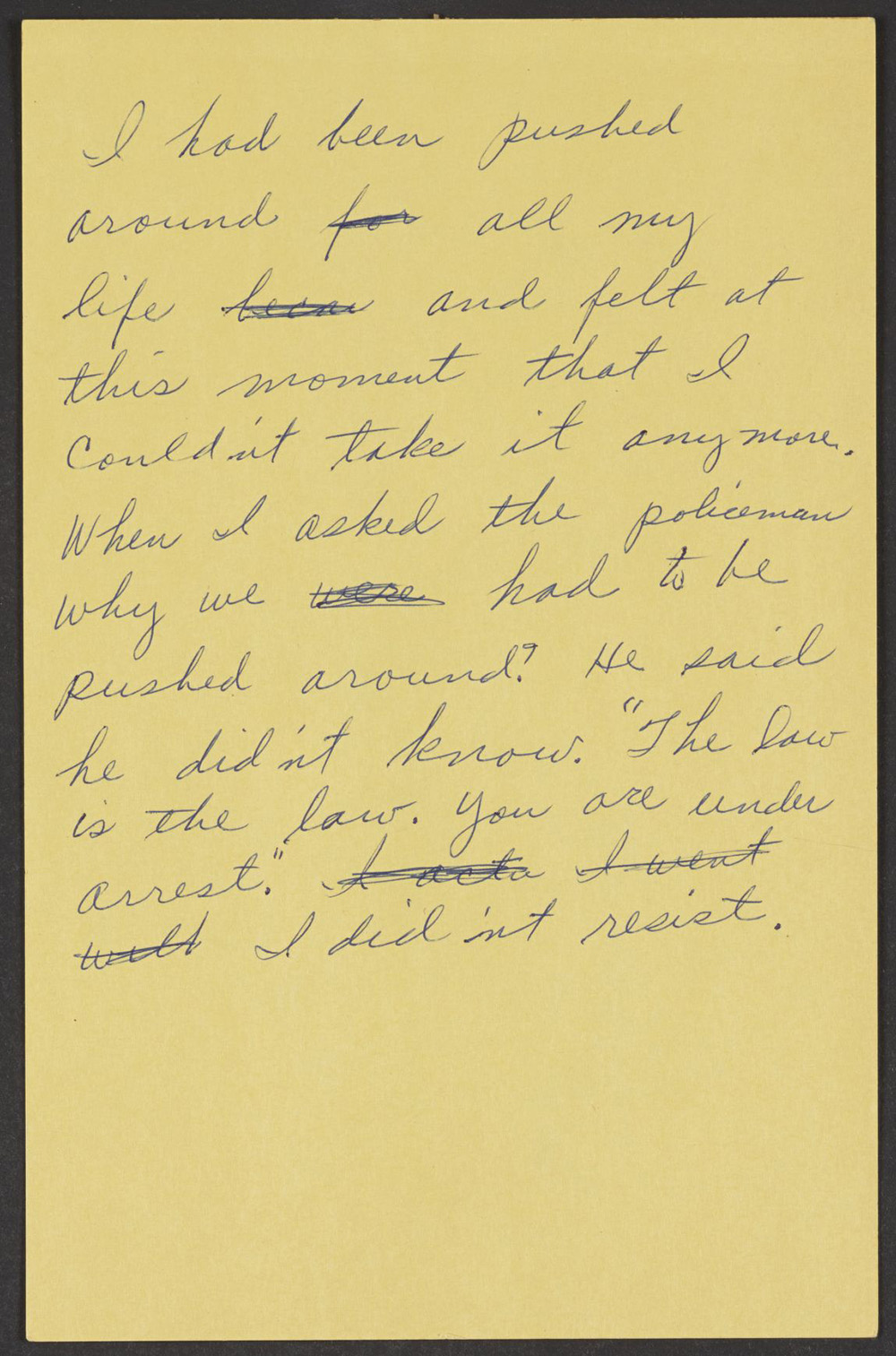 Rosa Parks, born on February 4, 1913, is now well known for her stand on the bus in Montgomery, Alabama, in 1955. But a sense of her actual thoughts, let alone her broader activism, is rarely included in the version now widely taught and celebrated about her. This snippet of her personal writings from the time provides a sense of her perspective on why she refused the driver’s order to get up, as well as revealing her political sensibility. Additionally, while Parks was incessantly eulogized as “quiet” when she died in 2005, at key moments, as she makes clear here, she was far from quiet. Indeed, she questioned the arresting officers that evening in a further act of bravery: “Why do you push us around?”

Read more of Rosa Parks’ writing at the Library of Congress. 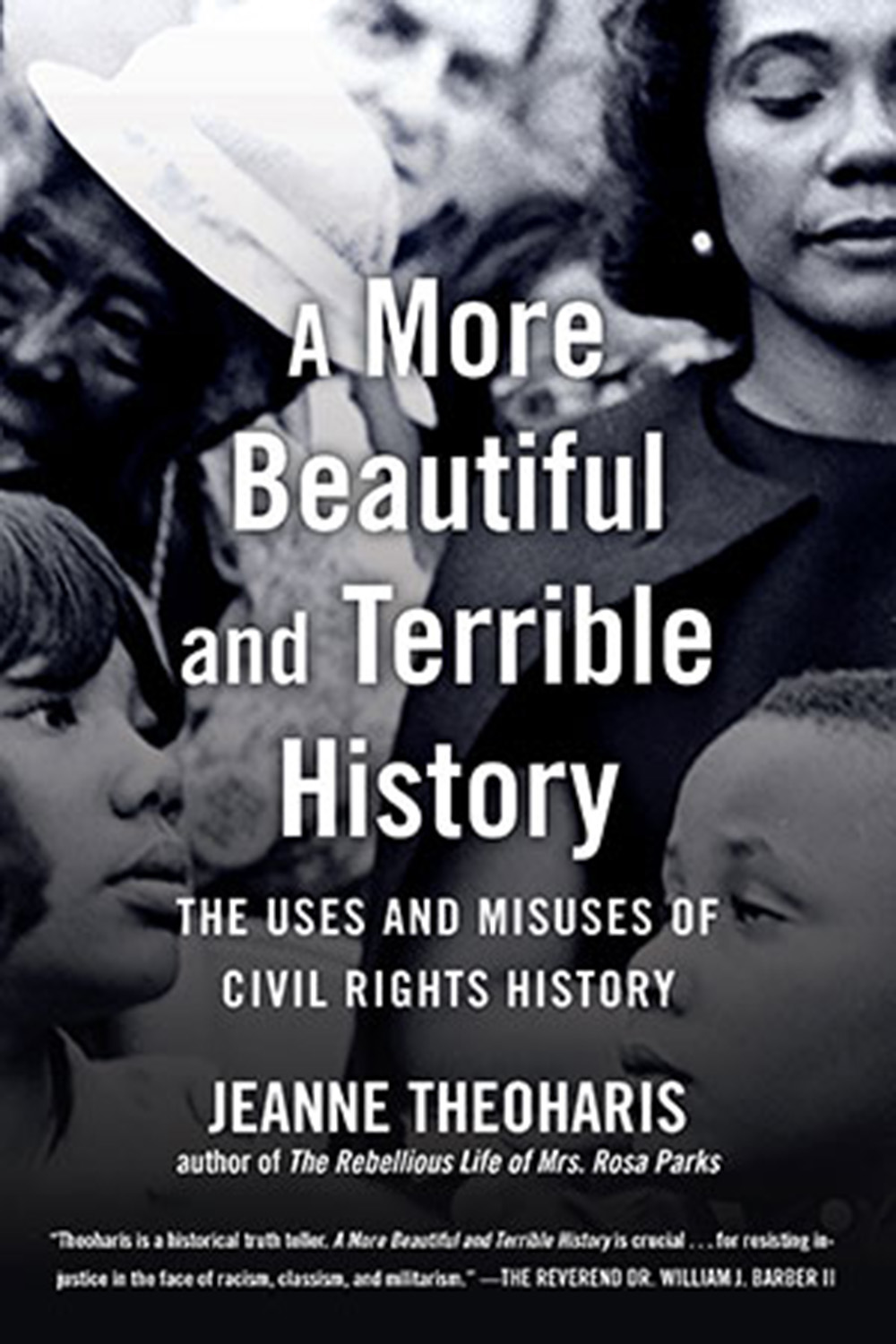 Jeanne Theoharis is a distinguished professor of political science at Brooklyn College of City University of New York and the author or co-author of seven books and numerous articles on the civil rights and Black Power movements, the politics of race and education, social welfare, and civil rights in post-9/11 America. Her widely acclaimed biography The Rebellious Life of Mrs. Rosa Parks won a 2014 NAACP Image Award and the Letitia Woods Brown Award from the Association of Black Women Historians and appeared on the New York Times bestseller list. Her work has appeared in the New York Times, the Washington Post, MSNBC, The Nation, Slate, Salon, the Intercept, and the Chronicle of Higher Education. Her new book A More Beautiful and Terrible History: The Uses and Misuses of Civil Rights History is now out from Beacon Press.