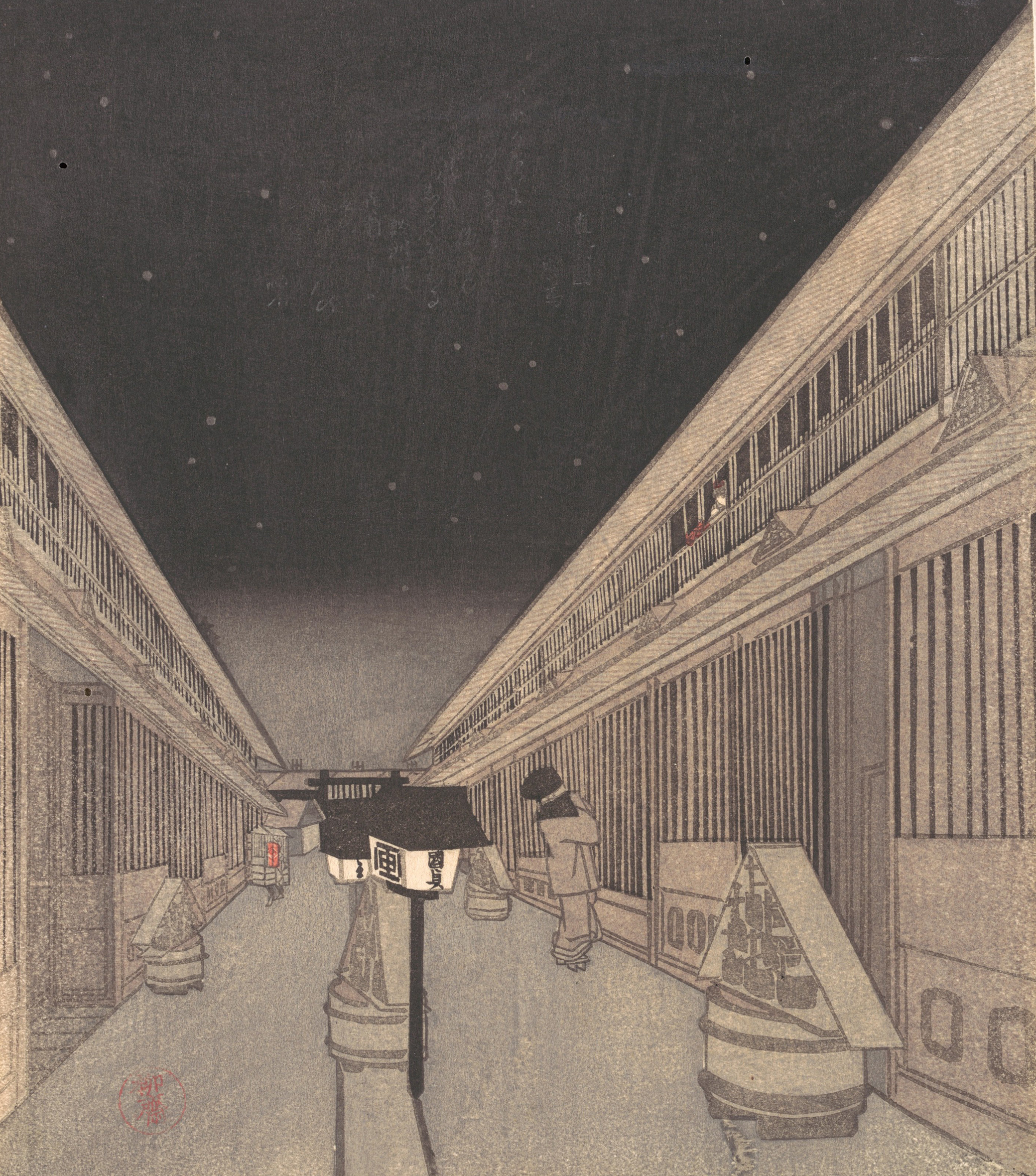 Main Street of the Yoshiwara on a Starlight Night, by Utagawa Kunisada II, c. 1852. The Metropolitan Museum of Art, The Howard Mansfield Collection, Purchase, Rogers Fund, 1936.

• This week in unexpected sentences: “I recently came across an image in a manuscript in the Bodleian Library that made me think of Gwyneth Paltrow.” (LRB Blog)

• The flapper diet: “Suddenly, raw vegetables were in vogue. In Lowe’s study of the diet of Smith College students in the 1920s, she quoted a campus warden who noticed that consumption of potatoes had diminished, while students were eating more celery, tomatoes, and lettuce.” (Atlas Obscura)

• On Elizabeth Jennings’ absence from the canon: “Women were underrepresented in anthologies and mostly omitted from literary history. If this claim seems exaggerated, look at the leading anthologies of the postwar period. George MacBeth’s Poetry: 1900 to 1965 (1967) contained twenty-one men and two women. Edward Lucie-Smith’s British Poetry Since 1945 (1970) featured eighty-one men and six women. The most influential anthology of the period, Al Alvarez’s The New Poetry (1962), contained no women at all. When Alvarez revised the volume in 1966, he included two women to balance the twenty-six men. Both female poets were Americans. No British woman was deemed sufficiently ‘new.’ ” (First Things)

• The lynching of Elwood Higginbotham: “In Berlin, you can’t go anywhere without seeing stones and markers dedicated to the Jewish and Roma residents who were forced from their homes and taken to the concentration camps…And that iconography creates a consciousness of what happened that I think is necessary for that society to recover. In the American South, we’ve done the opposite. We’ve actually created symbols designed to make us feel great about our history, about the nineteenth century, about the good old days of the early twentieth century.” (The New York Times Magazine)

• What night was like before artificial light changed the contours of our skies. (Pacific Standard)

• Don the Talking Dog, the canine who took America by storm by supposedly speaking eight words (in German): “Unfortunately, as the New York Evening World’s reporter noted, Don was ‘too seasick on the way over to converse with anybody. As yet, therefore, his opinion of the New York skyline and other local sights is unknown.’” (Smithsonian.com)

• The sound of silent worship. (Aeon)

• This week in obituaries: a Love Canal lawyer; a woman who fought for better housing; the jazz pianist who came up with “Conjunction Junction, what’s your function”; a writer whose publicist swears that she, “unlike many memoirists, invented nothing”; and “‘certainly the strangest, most unfathomable and eccentric’ of Mexico’s writers.”