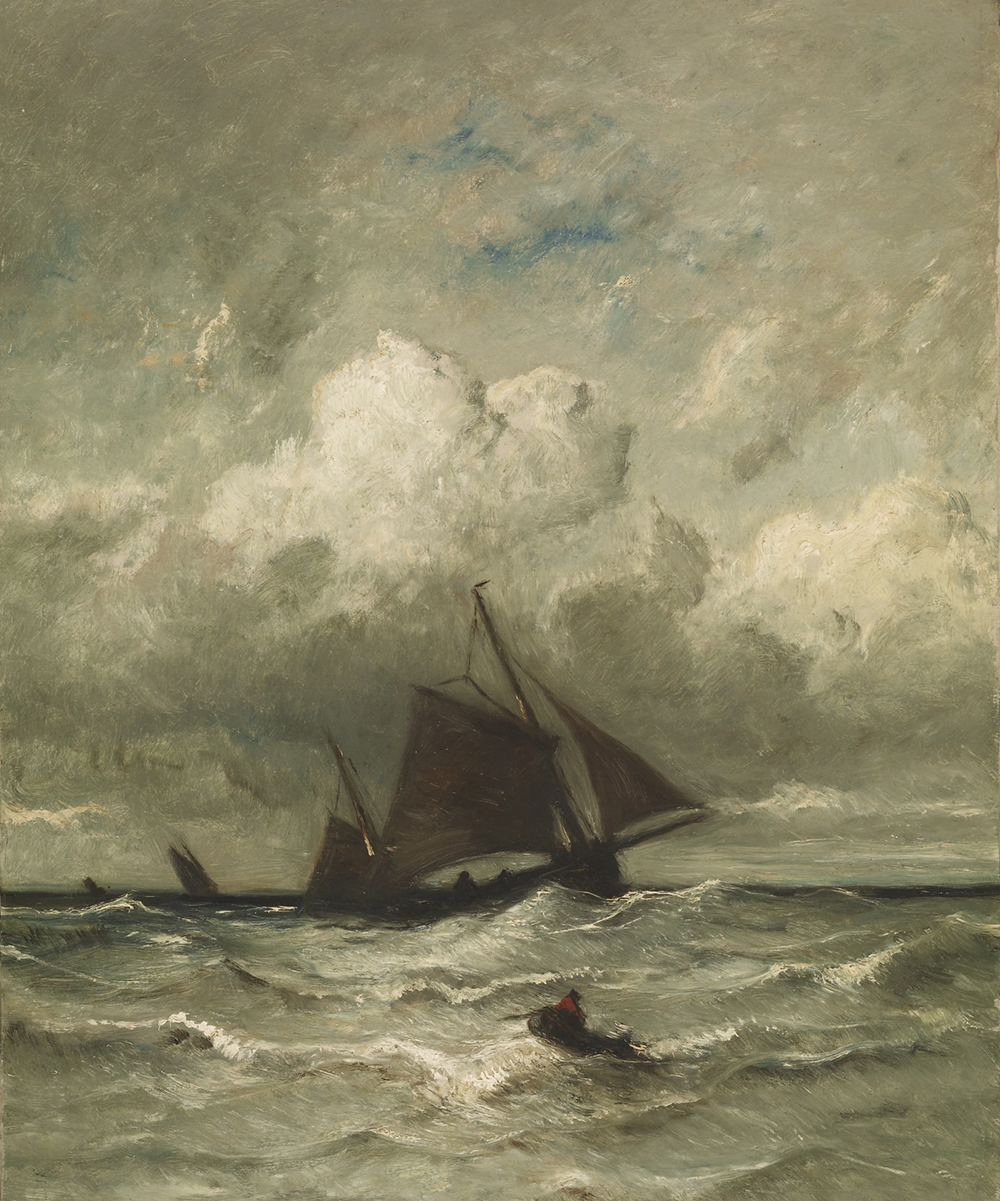 By 1850 English engineers and scientists had begun with the systematic development of a cable connection between Great Britain and the United States. Laying a 4,500-kilometer-long cable was one of the greatest technological challenges of the day: not only was the process incredibly expensive and involved, but no one knew whether electrical signals could even be transmitted such great distances. After two failed attempts, a cable was successfully laid between Ireland and Newfoundland in 1858. In August 1858, despite several hiccups, Queen Victoria of Britain and U.S. President James Buchanan were able to send each other congratulatory telegrams.

Initially, the transatlantic cable didn’t quite live up to its promise. The message from Queen Victoria, which contained only 103 words, took almost sixteen hours from the Irish telegraph station to reach its destination in Newfoundland. Only a month after its inauguration, the cable failed terminally—probably because of its damaged casing, which left the core of the cable vulnerable to the destructive force of seawater. It wasn’t until 1866, after great cost and effort, that a permanent telegraph connection would be established between Ireland and Newfoundland.

The success of such an ambitious undertaking was contingent on countless factors, many of which were not fully understood at the time. For instance, the chemical and physical conditions at great depths, including the features of the ocean floor, remained largely unknown. To remedy this, in 1857 the British Admiralty deployed the HMS Cyclops under the command of Joseph Dayman with the aim of researching and measuring the seabed along the planned cable route—the so-called telegraphic plateau. The Cyclops collected sediment samples, which were subsequently sent to the zoologist Thomas Henry Huxley to identify and describe possible animal life. Dayman monitored the study of the samples. In his 1868 report outlining the results of the exploration, he noted a remarkable observation: almost all of the sediment samples contained microscopic, distinctively round platelets that dissolved in acid and were unquestionably inorganic in makeup. Dayman named these tiny bodies “coccoliths.” This provided the backdrop for Huxley as he took on the North Atlantic mud.

Thomas Henry Huxley was one of the leading biologists of the nineteenth century. He was a talented orator and writer as well as a proponent of Darwin’s theory of evolution. His strong advocacy, including his 1863 book Evidence as to Man’s Place in Nature—not to mention a public feud with Samuel Wilberforce, the bishop of Oxford—earned him the moniker “Darwin’s Bulldog.” Huxley was the grandfather of biologist and first UNESCO Secretary-General Julian Huxley, as well as Brave New World author Aldous Huxley. 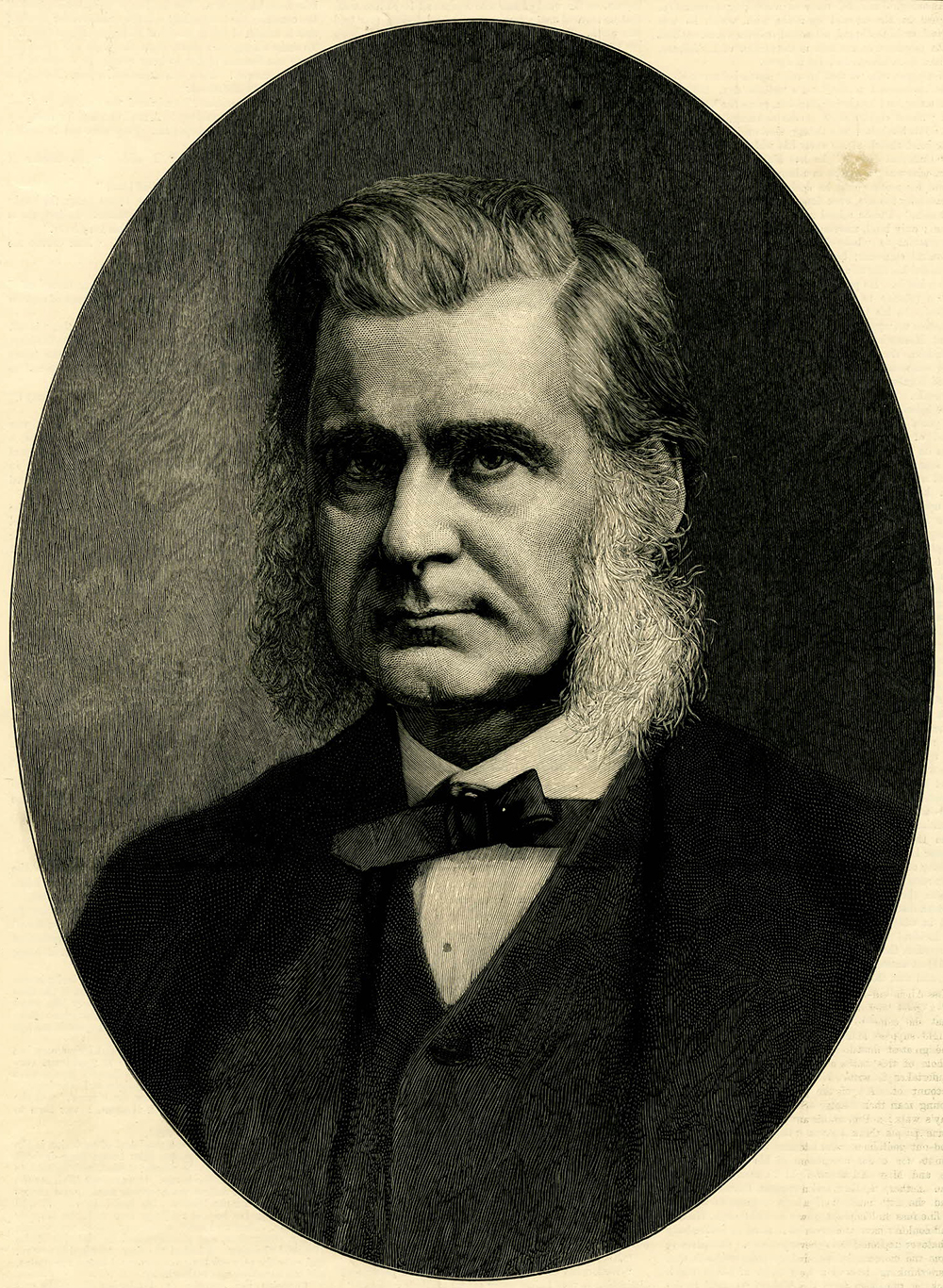 One of the most challenging scientific problems of the time was the question of how life could have emerged from inorganic matter. Ernst Haeckel—Darwin’s foremost defender in Germany and a close correspondent of Huxley’s—postulated that the most primordial living things were entirely homogenous, structureless organisms comprised of protoplasm, an undifferentiated cellular material. These primordial organisms, which Haeckel named “monera,” promised to close a gap so painful to evolutionary theory—the gap between inorganic matter and the simplest known life forms. Proving the existence of monera was therefore one of the Darwinians’ greatest dreams from the mid-nineteenth century onward. With the sediment samples from the Cyclops, Huxley struck gold. In nearly every sample, he discovered gelatinous matter in which Dayman’s coccoliths were suspended like sliced fruit in Jell-O. Huxley thought he had successfully ended the global search for monera. He described his discovery in extensive detail in an 1868 publication. In honor of Haeckel’s prediction, Huxley named the monera he’d discovered Bathybius haeckelii. His first thought was to send the namesake his publication, accompanied by a letter expressing his hope that Haeckel not be ashamed of his new godchild. In reply, Haeckel assured Huxley that he was “very proud” and concluded with gusto, “Long live the Monera!”

In the following years, the existence of Bathybius haeckelii was proven repeatedly in different locations by different scientists. Haeckel developed his monera concept further and suggested that, starting at depths around 1,500 meters below sea level, the entire ocean floor was covered in Bathybius goop. Huxley also proposed the existence of “living scum or film on the seabed, extending over thousands upon thousands of square miles,” which represented the simplest and thus oldest form of life on earth.

Haeckel relished the limelight of public presentations and pop science polemics, and he undoubtedly welcomed the flattery of this open tribute. Who wouldn’t? This wasn’t one of those ordinary biological discoveries, known only to scientists and barely noticed by the public. This was the primordial soup itself, the origins of all life, the protoplasm predicted by the famous Haeckel, the discovery of which the whole world had been waiting for. Who other than Haeckel should derive credit from the honorable discovery and confirmation of his theory? Suddenly, everyone was talking about Bathybius haeckelii and its namesake.

Many are surprised to learn that millions of plant and animal species remain undiscovered to this day, and that thousands of new species around the world are described every year. Most people also consider the naming of species in terms of human names: the misconception is widespread that the scientists writing the descriptions get to simply name the species after themselves. Although not explicitly prohibited by the nomenclature rules, this is seen as inappropriate (if not unethical) grandstanding, and it’s highly uncommon. Instead, species names derived from human names are almost always dedicated to a person other than the author of the species description, although the motivation and intentions behind the dedication can vary.

There are many reasons for naming species after people. The classic motivation is to honor or thank someone, and it’s safe to assume that most of these names are created for people the author wants to thank for supporting the project, providing materials, or similar.

Beyond expressing gratitude, these names often convey additional information. For instance, a name might be chosen to suggest a close relationship—or really any degree of acquaintance—with a prominent colleague or sponsor, which might be viewed with awe or even envy by one’s associates. Through the shrewd selection of influential figures, a scientist can make important connections known to the public, asserting his or her membership in a particular social network. Financial backers, sponsors, and patrons are usually happy to see species named after them, which may leave them disposed to show further generosity. 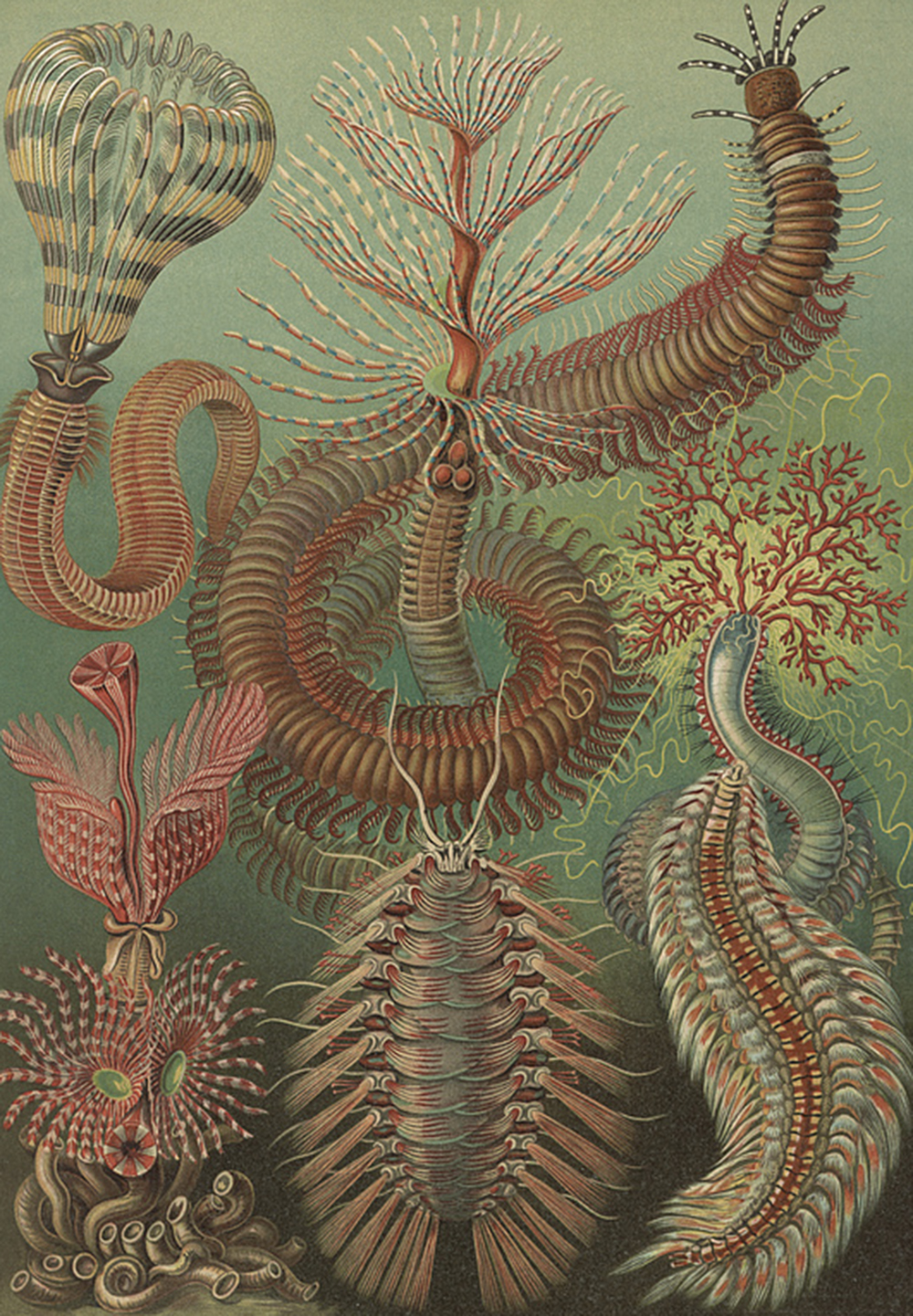 An informal survey of my colleagues in taxonomy revealed that when first scanning a new publication, at the sight of a dedication, most will read the etymology section with great interest. Thus, the etymology section of a species description isn’t just a linguistic explanation, it’s also a mix of social media and gossip column.

The fame of Bathybius haeckelii, however, was only fleeting, and by the 1870s even Haeckel’s reputation no longer benefited from association with Bathybius. Directly after Huxley’s original description was published, British zoologist Sir Charles Wyville Thomson examined several samples from the depths of the Atlantic and reported exultantly that the sediment really was alive. Starting in 1872, Thomson led the Challenger expedition, a three-and-a-half-year-long deep-sea exploration aboard the corvette HMS Challenger, a voyage considered a watershed in the establishment of scientific marine research. Thomson and the other scientists aboard labored in vain to find fresh primordial slime in their samples of the North Atlantic seabed. The deep-sea slime was indeed teeming with life, but there was no sign of Bathybius. Realization gradually dawned: Bathybius tended to appear in the sediment samples when alcohol was added to a fresh sample. Highly concentrated alcohol (ethanol, to be specific) has long been used to preserve natural specimens and is still the substance of choice when preserving plants and animals. When alcohol was added as a matter of course to the deep-sea sediment, Bathybius was evident, whereas when the fresh samples were examined, it was completely absent. The chemist on board the Challenger ultimately determined that the alcohol added to the deep-sea samples resulted in a precipitate of calcium sulfate, which explained the slimy substance. Bathybius, whose existence had already been questioned by Berlin zoologist Christian Gottfried Ehrenberg, had finally proven to be a falsity, an inorganic delusion from the depths of the sea. For a brief moment, Haeckel, Huxley, and the entire world, it seemed, had imagined the ocean floor covered in primordial soup: a slimy net of pulsing material that spanned the globe, the glorious manifestation of the theory of life’s emergence from inanimate matter, only to be revealed as the result of a simple chemical reaction inside a test tube.

Thomson, who over the years had provided Huxley with the most outlandish deep-sea fish and other zoological samples from the Challenger’s nets, sensed that this discovery would spread quickly around the world and discredit Huxley. While still in Queensland, he wrote a personal letter to Huxley, in which he reported that the true nature of the Huxley-Haeckel primordial soup had been discovered, and that he—Huxley—would do well to take an appropriate stance on the matter. Huxley reacted promptly. He had earlier played a decisive role in founding the scientific journal Nature, a prestigious publication to this day, and he was in close contact with the publisher at the time, Norman Lockyer. In a letter to Lockyer, Huxley lamented, “My poor dear Bathybius appears likely to turn into a Blunderibus.”

Excerpted from The Art of Naming by Michael Ohl, translated by Elisabeth Lauffer. Published by The MIT Press. Copyright © 2018 MIT. All rights reserved.

Michael Ohl is a biologist at the Natural History Museum of Berlin and an associate professor at Humboldt University.