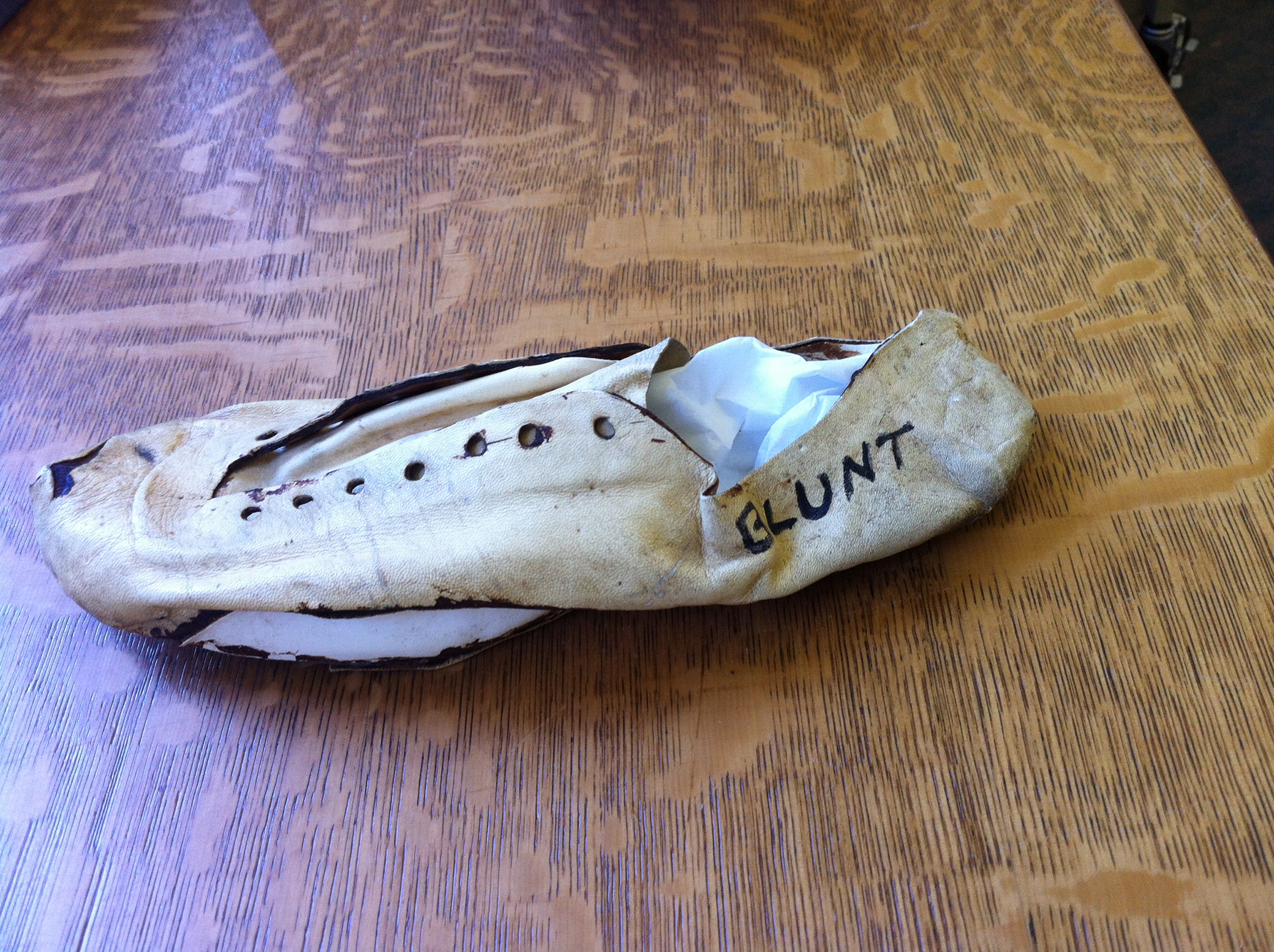 A pair of leather and iron track spikes handmade in 1962 by University of Oregon track coach Bill Bowerman, who would later co-found Nike. Courtesy of Dave Blunt.

This week’s selection comes from Nicholas Smith, author of Kicks: The Great American Story of Sneakers, out now from the Crown Publishing Group. 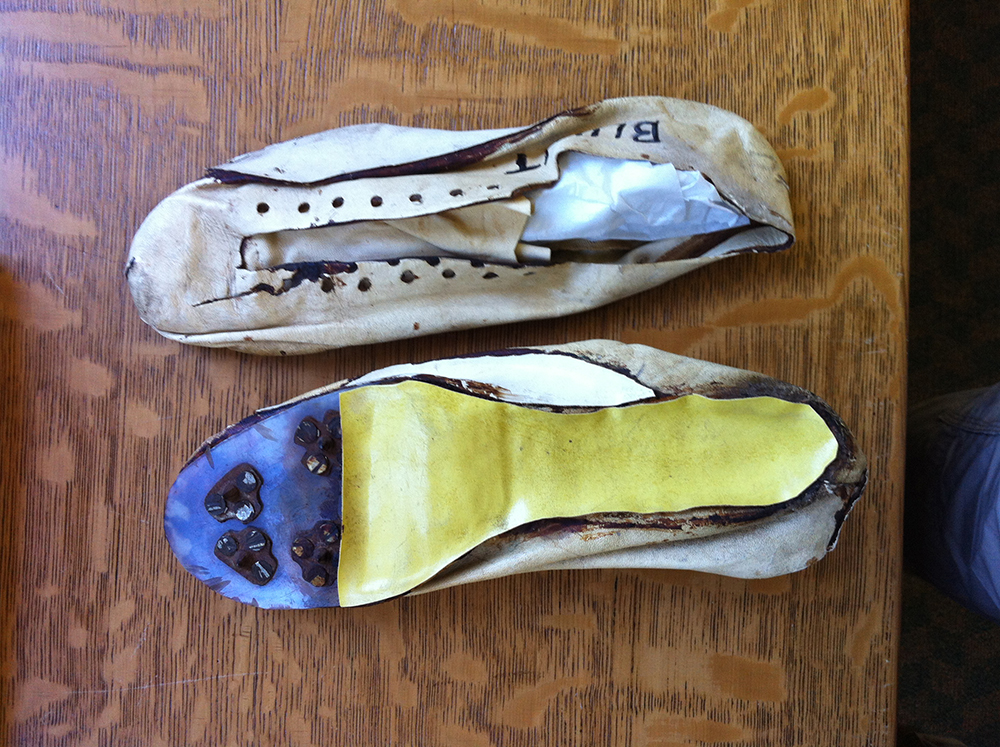 In 1964 a University of Oregon sprinter named David Blunt ran the sixty-yard dash in the Portland Indoor Meet. The most notable thing about this performance wasn’t the college student’s time of 6.1 seconds but the shoes that he wore, a pair of track spikes handmade for him by his coach Bill Bowerman.

Every track coach wants the best from their athletes, but Coach Bowerman went the extra mile. He would experiment in his backyard by mixing different combinations of rubber to create a better running surface, fashion featherweight running outfits, or concoct his own (poor tasting) sports drink of tea, lemonade, and salt in an effort to shave every possible second off his racer’s times. Yet his most indelible contribution to the sport revolved around his experiments with making custom running shoes for his athletes.

When Bowerman began to turn his mind toward shoemaking in the mid-1950s, there weren’t many options for quality running shoes; the best track spikes of the day were German engineered and durable, yet expensive. None of the shoe companies he wrote to seemed to take his shoe suggestions seriously. The coach surmised that shoes tailored to each individual athlete would prevent injury and save weight, thereby producing faster times. Using his runners as guinea pigs, Bowerman would experiment with different materials and construction methods while taking copious feedback from his athletes, especially if a shoe fell apart mid-race.

When one of Bowerman’s former runners, Phil Knight, returned from an overseas trip with a business opportunity, he remembered his old coach’s fascination with running shoes. The pair founded a company that began as an importer for the Japanese athletic shoemaker Onitsuka Tiger. When Knight and Bowerman’s little import company started growing and producing its own shoes, it renamed itself Nike and the shoe, as it were, fit. 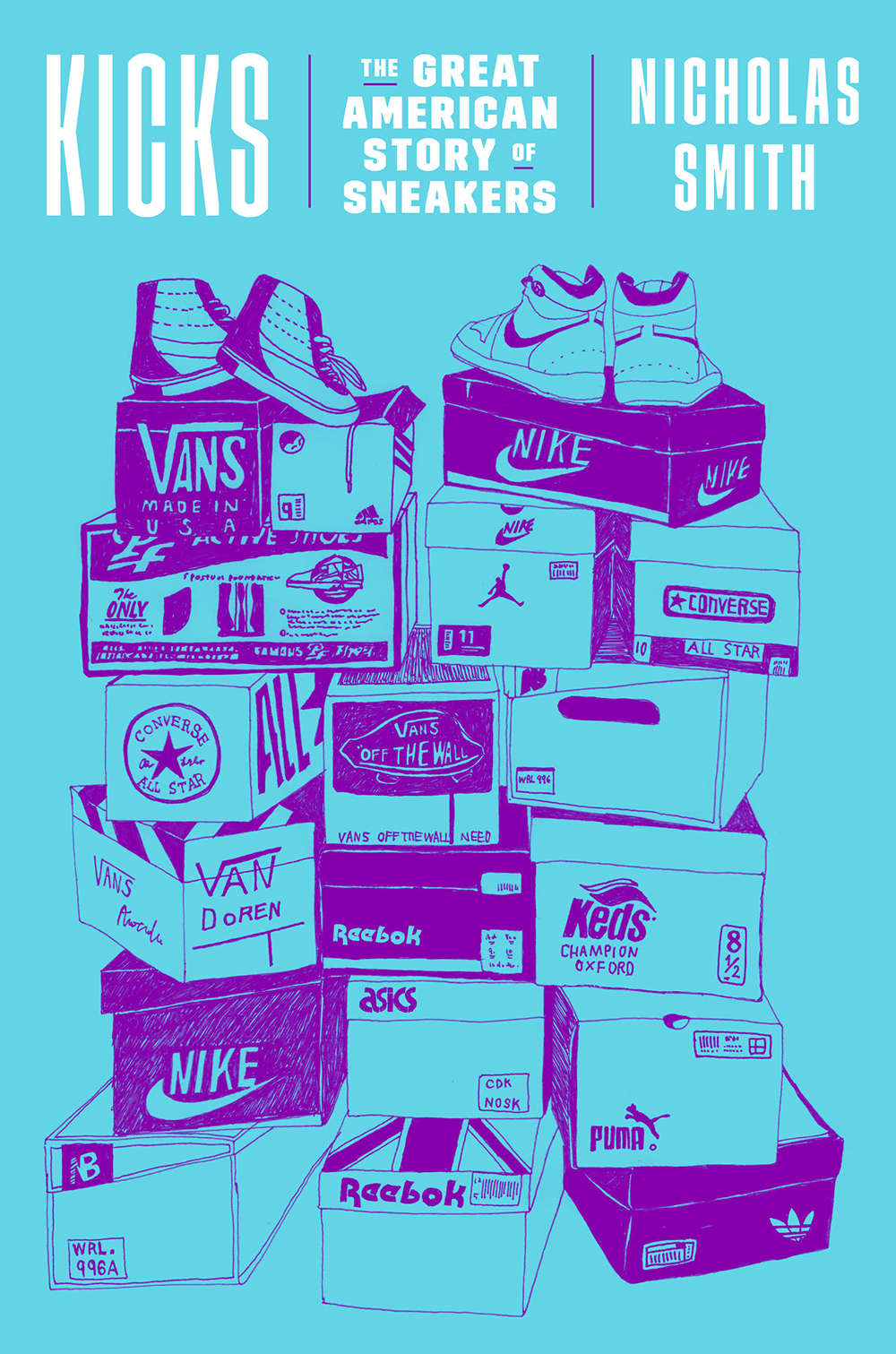 Nicholas Smith has worked as a reporter for the past ten years, covering a range of topics including stolen World War II art, melting glaciers, Austrian indie gamers, and the New York City mayoral election. He is a 2014 graduate of the Columbia School of Journalism, where he was awarded the Lynton Fellowship in Book Writing. He is the author of Kicks: The Great American Story of Sneakers.