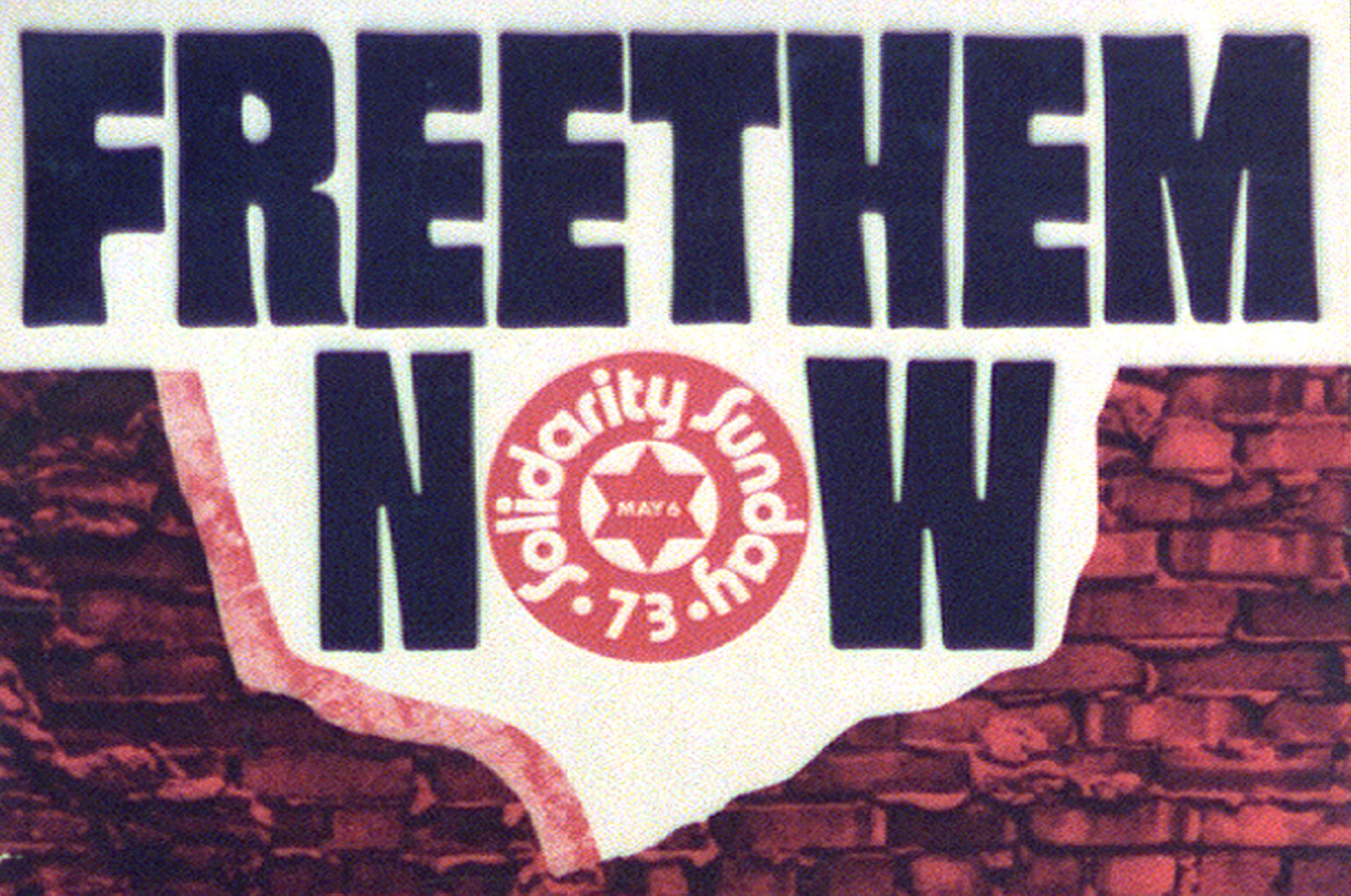 Poster for Solidarity Sunday, May 6, 1973. Library of Congress, Prints and Photographs Division.

This week’s selection comes from Chris Cander, author of The Weight of a Piano, now available from Knopf.

In my novel The Weight of a Piano, protagonist Katya Zeldin and her family emigrate from Leningrad to the United States in the early 1980s. I knew their journey wouldn't be easy, but to fully understand the challenges they would face, I watched the documentary Refusenik. This film, which was written, directed, and produced by American Israeli filmmaker Laura Bialis in 2008, is a retrospective chronicling the thirty-year international human rights campaign to free more than 1.5 million Soviet Jews who tried to escape the pervasive anti-Semitism of post–World War II Russia.

After Stalin withdrew his support of Israel, Jews were trapped behind the Iron Curtain with no chance to rise up or to leave. At best, they were discriminated against and denied freedom to practice their religion. At worst, Jews were surveilled by the KGB, fired from their jobs, arrested on false charges, detained in psychiatric hospitals and gulags, and refused permission to emigrate. Even though Russia did not care for them, it was considered traitorous to want to leave. Most were denied exit visas and became what they called refuseniks, exiled within their own country.

Yet as the documentary illustrates, there was a grassroots effort by activists both inside and beyond the USSR to advance the cause of Soviet Jewry. With little money and no established political connections, people like Si Frumkin and Zev Yaroslavsky began a nonviolent movement that crossed ethnic, racial, and religious boundaries to become part of one of the most successful human rights movements in history.

Their efforts are humanized in the film through first-person accounts by refuseniks, interviews with key activists, video of marches and demonstrations, and rare bits of footage that had been smuggled out of the Soviet Union. Over time, the movement gathered enough momentum and visibility to command the attention of the U.S. government. Years of protests, secret meetings, social exchanges, and political pressure culminated in Freedom Sunday for Soviet Jews, a political rally held Sunday, December 6, 1987, the eve of the Washington, DC, summit between Soviet premier Mikhail Gorbachev and U.S. president Ronald Reagan. An estimated 250,000 people demonstrated on the National Mall demanding that Gorbachev extend his policy of glasnost to Soviet Jews by putting an end to their forced assimilation and allowing their emigration from the USSR. The message was received, and Gorbachev granted exit visas to 127,000 refuseniks within two months. Two years later, everything ended: the Berlin Wall came down, the Soviet Union collapsed, prisoners were released, the gates to freedom were opened at last. 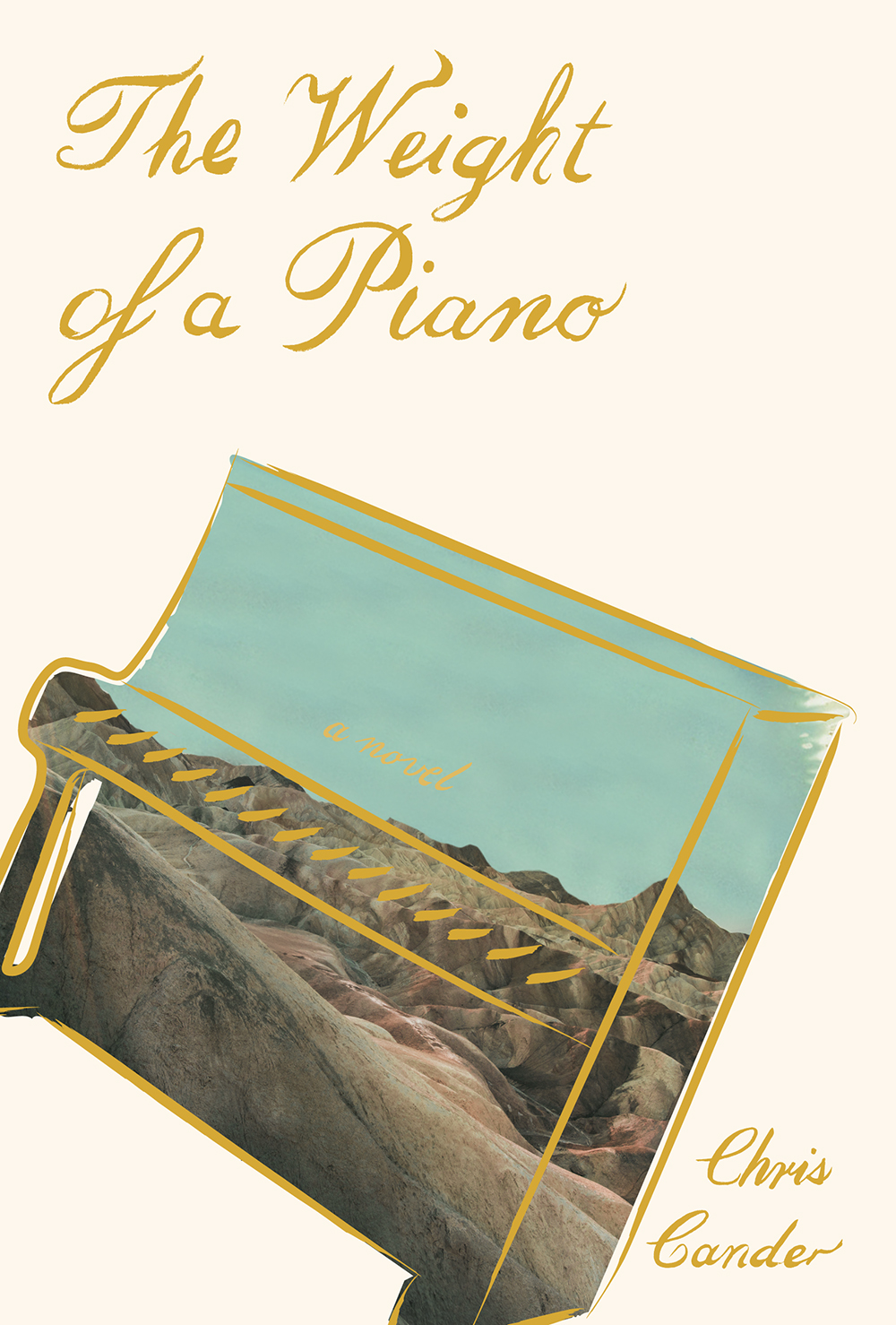 Chris Cander graduated from the Honors College at the University of Houston, in the city where she was raised and still lives with her husband, daughter, and son. Her first novel, 11 Stories, won the Independent Publisher Gold Medal for Popular Fiction, and Whisper Hollow, was long-listed for the Great Santini Fiction Prize by the Southern Independent Booksellers Alliance. She is also the author of The Weight of a Piano, her most recent novel, and The Word Burglar, which won the 2014 Moonbeam Children’s Book Award.