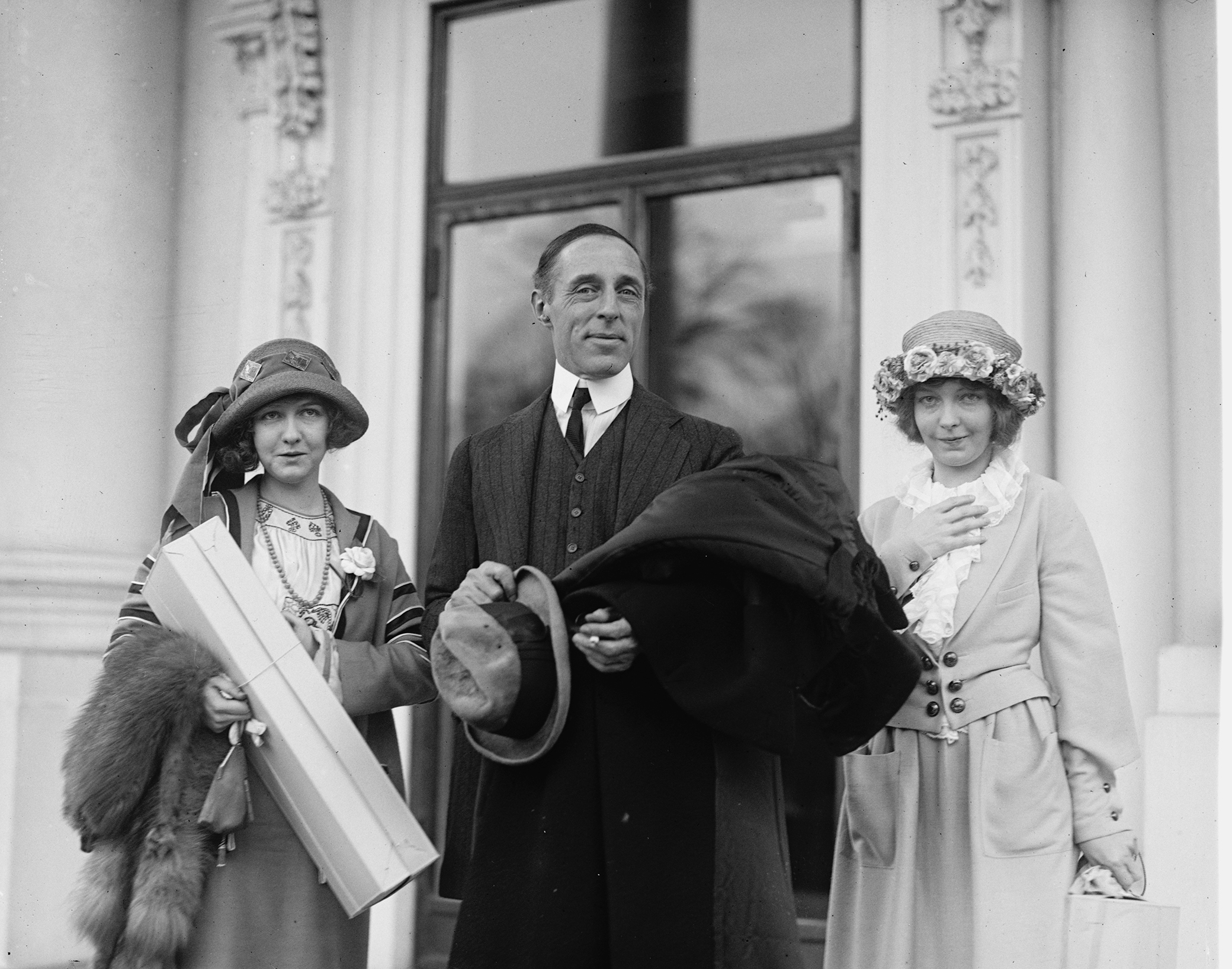 Dorothy and Lillian Gish and D.W. Griffith at the White House, 1922. Library of Congress, Prints and Photographs Division. 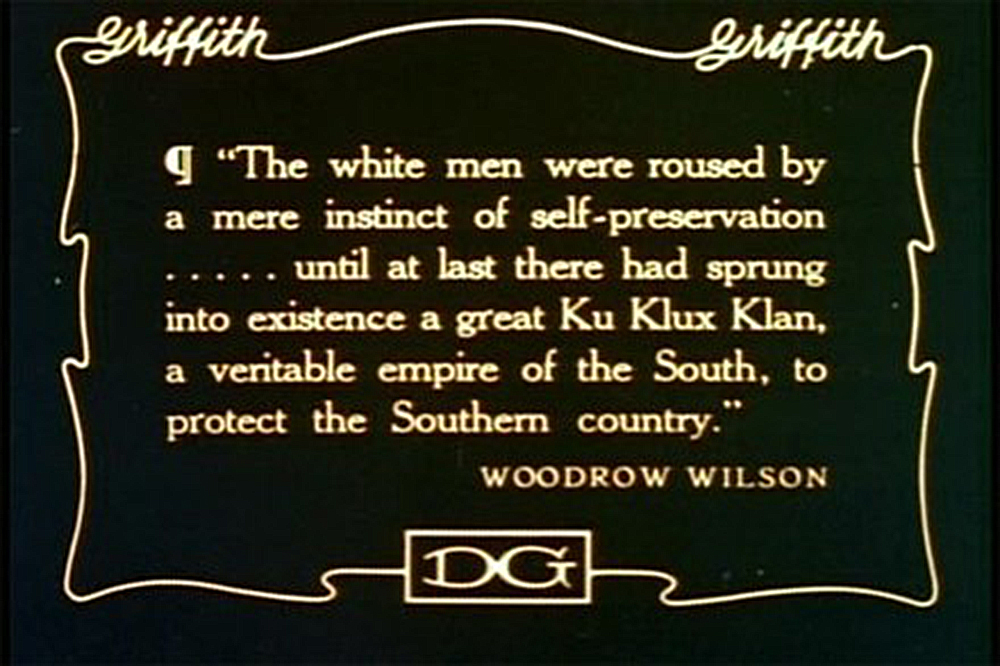 The year 1915 marked the fiftieth anniversary of the end of the Civil War. Monuments to Confederate and Union heroes were being dedicated all over the country. Woodrow Wilson, a fan of Jim Crow laws, was president. He had allowed federal workplaces to segregate again.

Enter Thomas Dixon Jr., Wilson’s classmate from Johns Hopkins. A film had just been made of Dixon’s second novel, “the true story” of the South under Reconstruction. Would the president, he wondered, be interested in viewing it? (He would.)

“History written with lightning,” Wilson declared of The Clansman, the second film ever to be screened in the White House. It was an endorsement guaranteed to head off resistance from town censor boards charged with shutting down entertainment deemed unsuitable or incendiary to the public.

The Clansman was a silent movie with title cards. It depicted whites as victims and blacks as villains. Benevolent former masters were denied votes and subjugated by newly freed blacks taking over the country. In an early scene, black legislators sit at desks, shoeless and drunk, too busy stuffing their faces with fried chicken to work. The title card read: “An historical facsimile of the State House of Representatives of South Carolina in 1870.” South Carolina had been the first state to elect a majority-black legislature and that the card implied that the apish behavior depicted was historically accurate, too.

In a later scene, the white heroine (played by Lillian Gish) is threatened by a black man unable to contain his urge to “mongrelize” the white race. Before she is ravaged, a savior army rides in: The Ku Klux Klan. The title-card copy comes straight from the president’s five-volume History of the American People, published in 1902:

The white men were roused by an instinct of self-preservation…until at last there had sprung into existence a great Ku Klux Klan…to protect the Southern country.

The newly formed NAACP protested the film, to little effect. Filmgoers were dazzled by the film’s length (twelve reels instead of the usual six) and directorial breakthroughs by D.W. Griffith that changed the way movies were made: dramatic close-ups, fade-outs, a cast of hundreds made to seem thousands, the first music score written for a film, and sheet music to be played in sync with the reels, instead of letting movie-house pianists play what they wished.

Griffith accused protesters of intolerance and violations of freedom of speech. He was, however, persuaded to change the title of his film to the less inflammatory The Birth of a Nation. (The title conveyed the film’s underlying theme: former enemies reuniting in defense of “their Aryan birthright.”)

By 1915 the Ku Klux Klan had largely disbanded, but now that a movie had made heroes of its members, it revived, adopting the look that had been invented by the film’s set designers, who had used 25,000 yards of white muslin to outfit the cast in pointed hoods with eyeholes. Even the horses in The Birth of a Nation wore them.

The movie became a blockbuster, the biggest hit of the silent-film era, spurring merchandisers to hawk Ku Klux hats and kitchen aprons, theater ushers to dress in Klan robes for openings, and New York matrons to host KKK costume balls. 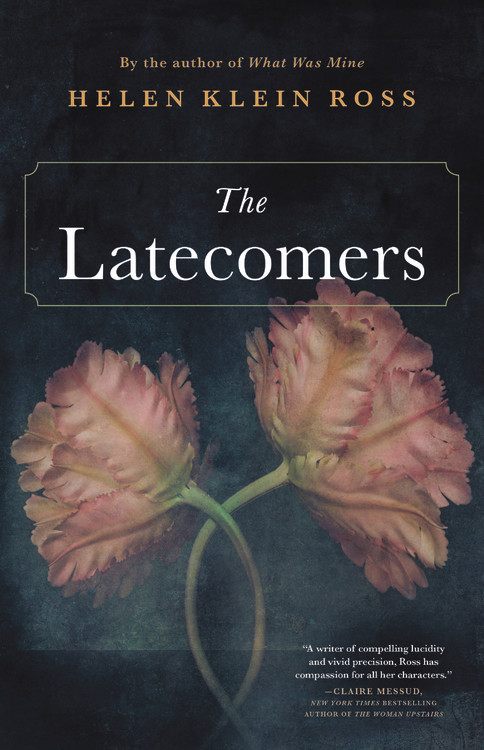 Helen Klein Ross is the author of three novels—Making It: A Novel of Madison Avenue, What Was Mine, and, most recently, The Latecomers—and creator of The Traveler’s Vade Mecum, an anthology of new poems titled by old telegrams. Her poetry, essays, and fiction have appeared in The New Yorker, the New York Times, and literary journals. Helen spent decades as a writer/creative director at global ad agencies on both coasts. She graduated from Cornell University and received an MFA from The New School. She lives with her husband in New York City and Salisbury, Connecticut.