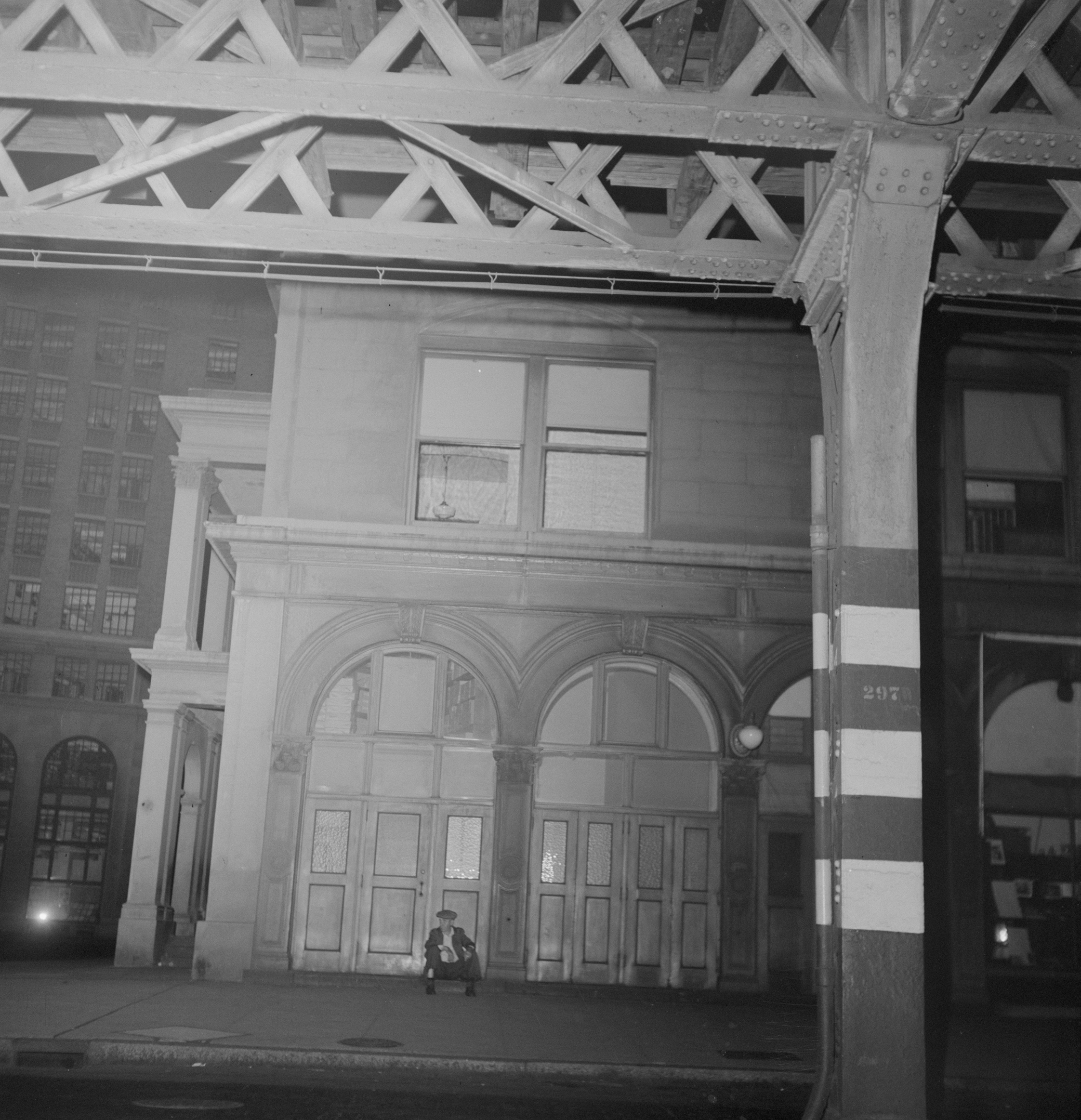 This week’s selection comes from Alice Sparberg Alexiou, author of Devil’s Mile: The Rich, Gritty History of the Bowery, out now from the St. Martin’s Press. 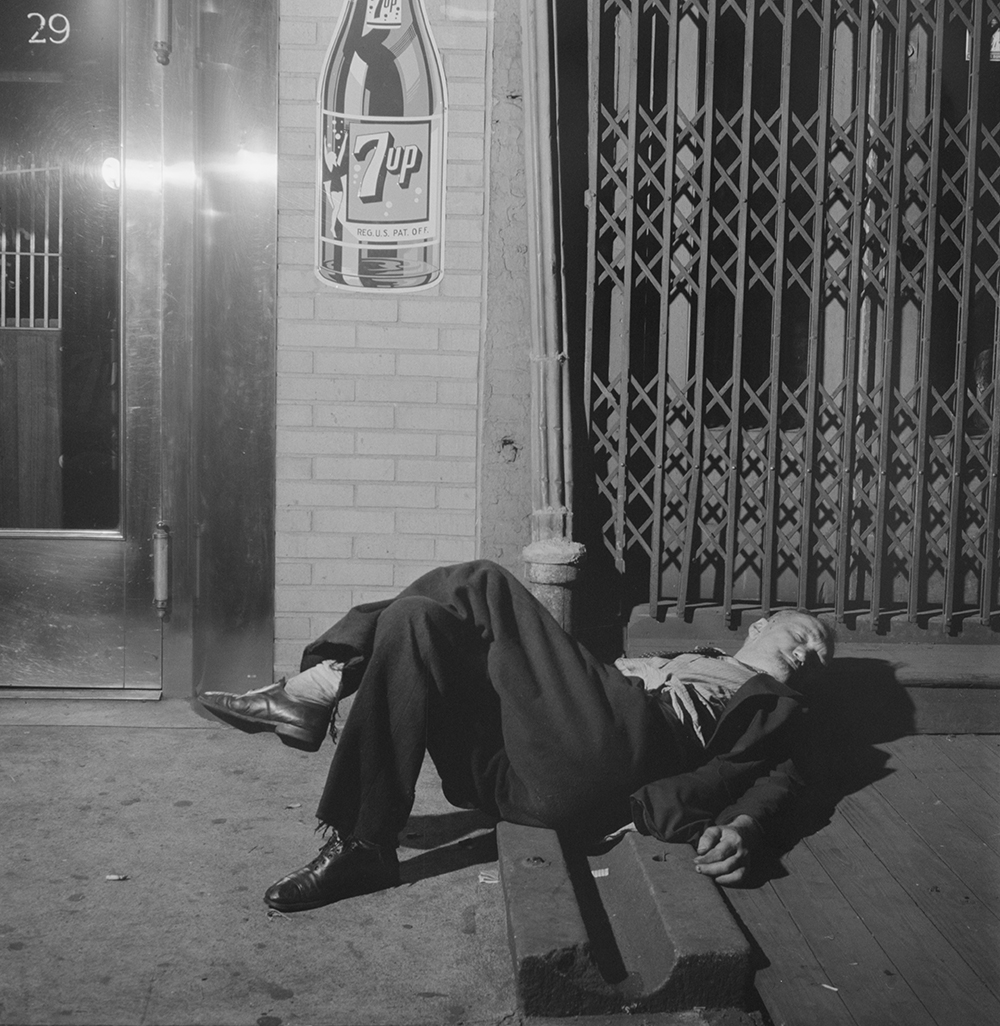 This picture was taken on the Bowery in 1942 by Marjory Collins for the U.S. Office of War Information. The man is not identified. He was one of the thousands of broken-down, alcoholic men who lived along the Bowery. They settled in right on the sidewalk, among others just like themselves: men running away from a world in which they could not find a place, who just wanted somewhere to be left alone and chug down Thunderbird. Bums was the word used then to describe these men, and the Bowery belonged to them.

Meanwhile, New York was wringing its hands over the so-called problem of the bums on the Bowery. These men were perceived as a blight upon the landscape. City officials, Robert Moses among them, sought ways to sweep them out of sight. Suggestions, all unfeasible, were put forth—one was to send them to a former women’s prison in upstate New York—and the bums remained.

Finally, a force more powerful than anybody could have imagined made its way into New York City: gentrification. That force is now grinding up the Bowery’s old structures and refitting the footprints with glass high-rises and trendy wine bars. Gentrification has also forced all the homeless people off the Bowery and dispersed them all over the city. You can see them everywhere, living on the sidewalks and begging in the subways. There are more homeless now in New York than ever in the history of the city. But because they are no longer concentrated along the Bowery, the homeless are more invisible than ever. You could say that the “problem” of the Bowery bum has been solved. ​ 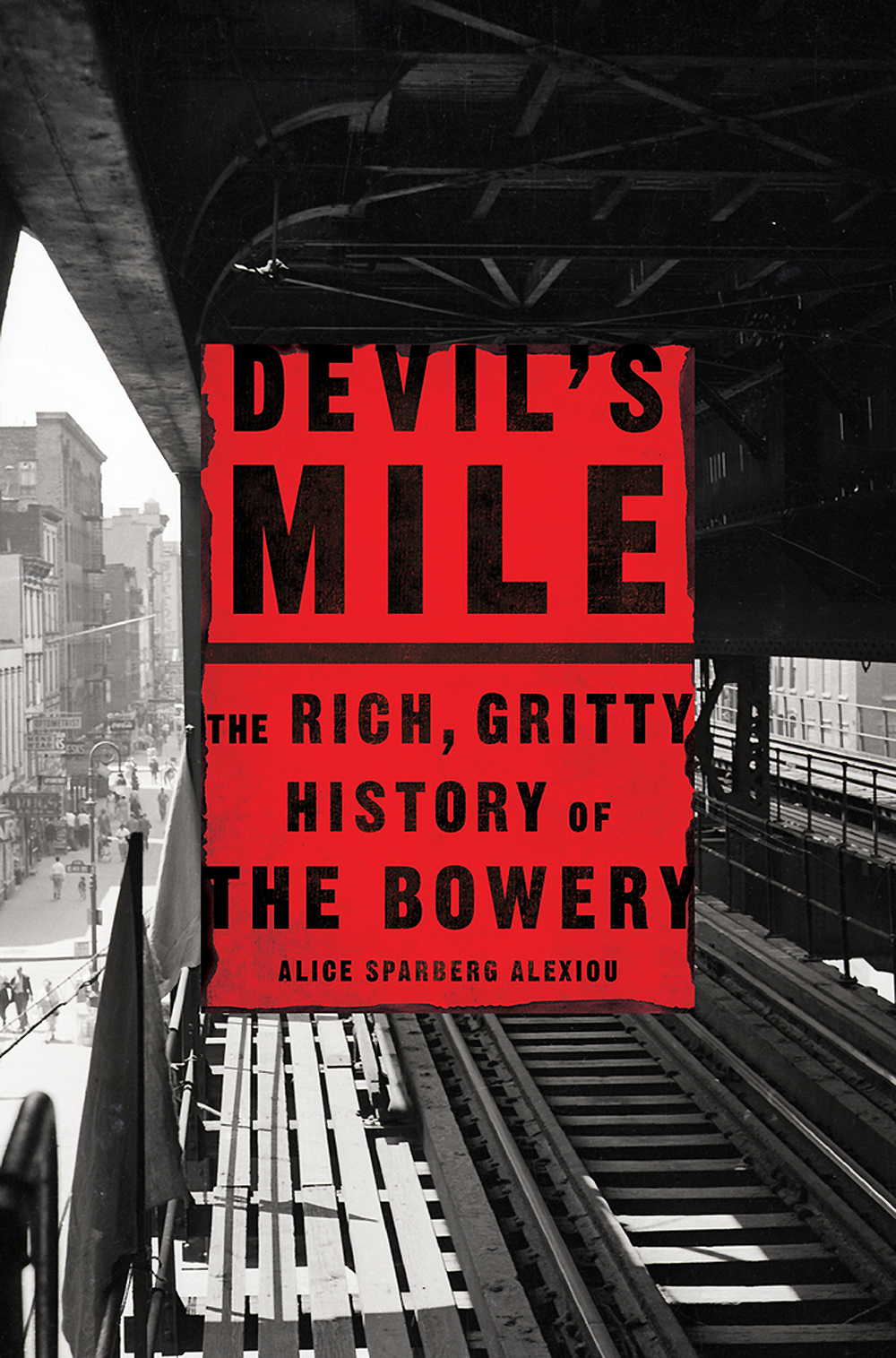 Alice Sparberg Alexiou is the author of Devil’s Mile: The Rich, Gritty History of the Bowery, Jane Jacobs: Urban Visionary, and The Flatiron: The New York Landmark and the Incomparable City That Arose with It. She is a contributing editor at Lilith and blogs for the Gotham Center. She is a graduate of the Columbia University Graduate School of Journalism and has a PhD in classics from Fordham University. She lives in New York.