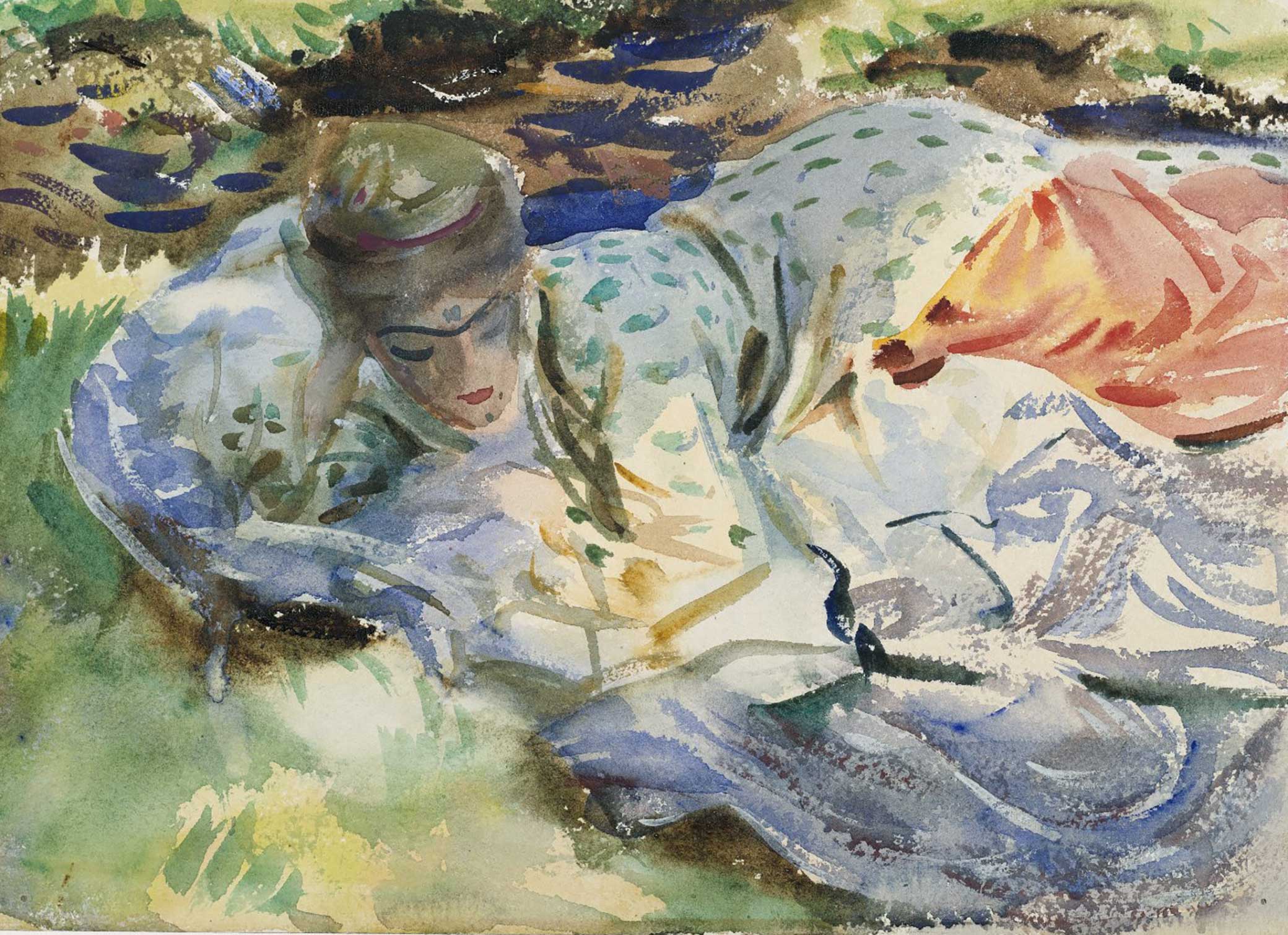 In her 2018 book Books for Idle Hours: Nineteenth-Century Publishing and the Rise of Summer Reading, Donna Harrington-Lueker describes how “between 1865 and the early 1900s, in the face of a dramatic rise in domestic travel and tourism, U.S. publishing houses sought ways to redefine the otherwise slow summer publishing season not simply with travel articles and guidebooks but also with light leisure-time reading that included a mix of escapist sensational fiction, risqué French novels, and backlist titles of steady sellers from established authors.”

The same people who found light literature wanting for sexist, classist, or stodgy reasons graduated to mocking the stuff in its new seasonal attire, even if the only thing that had changed was the marketing—and how much money publishers were making on these titles. Others, including Charles Dudley Warner, studied the phenomenon and its attendant fashions even while poking fun at its tropes and quirks. Warner, who named “the Gilded Age” alongside his friend Mark Twain, was a prolific writer of travel books who drew on his experiences to write novels about the summer jaunts of the rich. After his death in 1900, the New York Times Book Review claimed that his fictional efforts weren’t what he should be remembered for. Now he is rarely remembered at all, perhaps because his work was so suited to the worldview of his contemporaneous readers that it wasn’t designed to outlive them.

“Mr. Warner was a very pleasant essayist indeed,” acknowledged an unsigned review in the New York Times. His essays “were notes of a shrewd outlook on life, sustained by that scholarly knowledge of literature, especially of English literature, that ought to form part of the equipment of every writer who aspires to be an essayist, although we have only to open the first magazine or literary paper that comes to hand to discover that, as a matter of fact, it does not.” In the August 1889 issue of Harper’s Monthly, Warner considered summer novels. If summer reading were judged for wearing paper covers, maybe the clothes inside could be considered, too.

Take as an item novels, which have become an absolute necessity in the modern world, as necessary to divert the mind loaded with care and under actual strain as to fill the vacancy in otherwise idle brains. They have commonly a summer and a winter apparel. The publishers understand this. As certainly as the birds appear, comes the crop of summer novels, fluttering down upon the stalls, in procession through the railway trains, littering the drawing-room tables, in light paper, covers, ornamental, attractive in colors and fanciful designs, as welcome and grateful as the girls in muslin. When the thermometer is in the eighties, anything heavy and formidable is distasteful. The housekeeper knows we want few solid dishes but salads and cooling drinks. The publisher knows that we want our literature (or what passes for that) in light array. In the winter we prefer the boards and the rich heavy binding, however light the tale may be; but in the summer, though the fiction be as grave and tragic as wandering love and bankruptcy, we would have it come to us lightly clad—out of stays, as it were.

It would hardly be worthwhile to refer to this taste in the apparel of our fiction did it not have deep and esoteric suggestions, and could not the novelists themselves get a hint from it. Is it realized how much depends upon the clothes that are worn by the characters in the novels—clothes put on not only to exhibit the inner life of the characters but to please the readers who are to associate with them? It is true that there are novels that almost do away with the necessity of fashion magazines and fashion plates in the family, so faithful are they in the latest millinery details and so fully do they satisfy the longing of all of us to know what is chic for the moment.

It is pretty well understood that women, and even men, are made to exhibit the deepest passions and the tenderest emotions in the crises of their lives by the clothes they put on. How the woman in such a crisis hesitates before her wardrobe, and at last chooses just what will express her innermost feeling! Does she dress for her lover as she dresses to receive her lawyer who has come to inform her that she is living beyond her income? Would not the lover be spared time and pain if he knew, as the novelist knows, whether the young lady is dressing for a rejection or an acceptance? Why does the lady intending suicide always throw on a waterproof when she steals out of the house to drown herself? The novelist knows the deep significance of every article of toilet, and nature teaches him to array his characters for the summer novel in the airy draperies suitable to the season. It is only good art that the cover of the novel and the covers of the characters shall be in harmony. The author knows that the characters in the winter novel must be adequately protected. We speak, of course, of the season stories. Novels that are to run through a year, or maybe many years, and are to set forth the passions and trials of changing age and varying circumstance require different treatment and wider millinery knowledge. They are naturally more expensive. The wardrobe required in an all-around novel would bankrupt most of us. 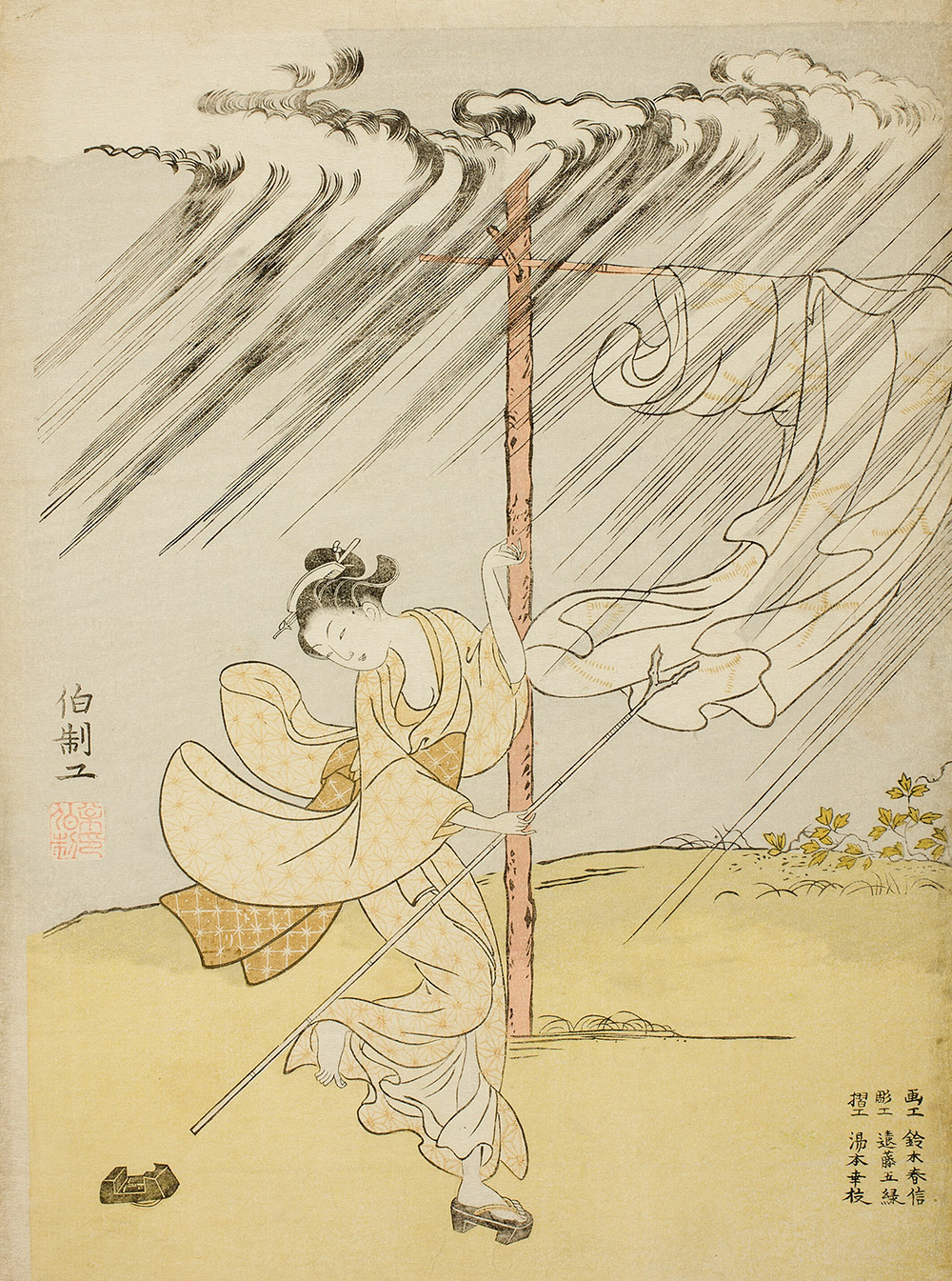 But to confine ourselves to the season novel, it is strange that someone has not invented the patent adjustable story that with a slight change would do for summer or winter, following the broad hint of the publishers, who hasten in May to throw whatever fiction they have on hand into summer clothes. The winter novel, by this invention, could be easily fitted for summer wear. All the novelist need do would be to change the clothes of his characters. And in the autumn, if the novel proved popular, he could change again, with the advantage of being in the latest fashion. It would only be necessary to alter a few sentences in a few of the stereotype pages. Of course this would make necessary other slight alterations, for no kindhearted writer would be cruel to his own creations and expose them to the vicissitudes of the seasons. He could insert “rain” for “snow,” and “green leaves” for “skeleton branches,” make a few verbal changes of that sort, and regulate the thermometer. It would cost very little to adjust the novel in this way to any season. It is worth thinking of.

And this leads to a remark upon the shocking indifference of some novelists to the ordinary comfort of their characters. In practical life we cannot, but in his realm the novelist can, control the weather. He can make it generally pleasant. We do not object to a terrific thundershower now and then, as the sign of despair and a lost soul, but perpetual drizzle and grayness and inclemency are tedious to the reader, who has enough bad weather in his private experience. The English are greater sinners in this respect than we are. They seem to take a brutal delight in making it as unpleasant as possible for their fictitious people. External trouble is piled on to the internal. The characters are in a perpetual soak. There is not a dry rag on any of them, from the beginning of the book to the end. They are sent out in all weathers and are drenched every day. Often their wet clothes are frozen on them; they are exposed to cutting winds and sleet in their faces, bedrabbled in damp grass, stood against slippery fences, with hail and frost lowering their vitality, and expected under these circumstances to make love and be good Christians. Drenched and windblown for years, that is what they are. It may be that this treatment has excited the sympathy of the world, but is it legitimate? Has a novelist the right to subject his creations to tortures that he would not dare to inflict upon his friends? It is no excuse to say that this is normal English weather; it is not the office of fiction to intensify and rub in the unavoidable evils of life. The modern spirit of consideration for fictitious characters that prevails with regard to dress ought to extend in a reasonable degree to their weather. This is not a strained corollary to the demand for an appropriately costumed novel.

Read the other entries in this series: I.A.R. Wylie, Jennie Carter, and Virginia Woolf.

The writer Charles Dudley Warner spent much of his life in Hartford, Connecticut, where he worked as a newspaper editor and met Mark Twain, who later served as his writing partner for the 1873 novel The Gilded Age—and as a pallbearer at his funeral.