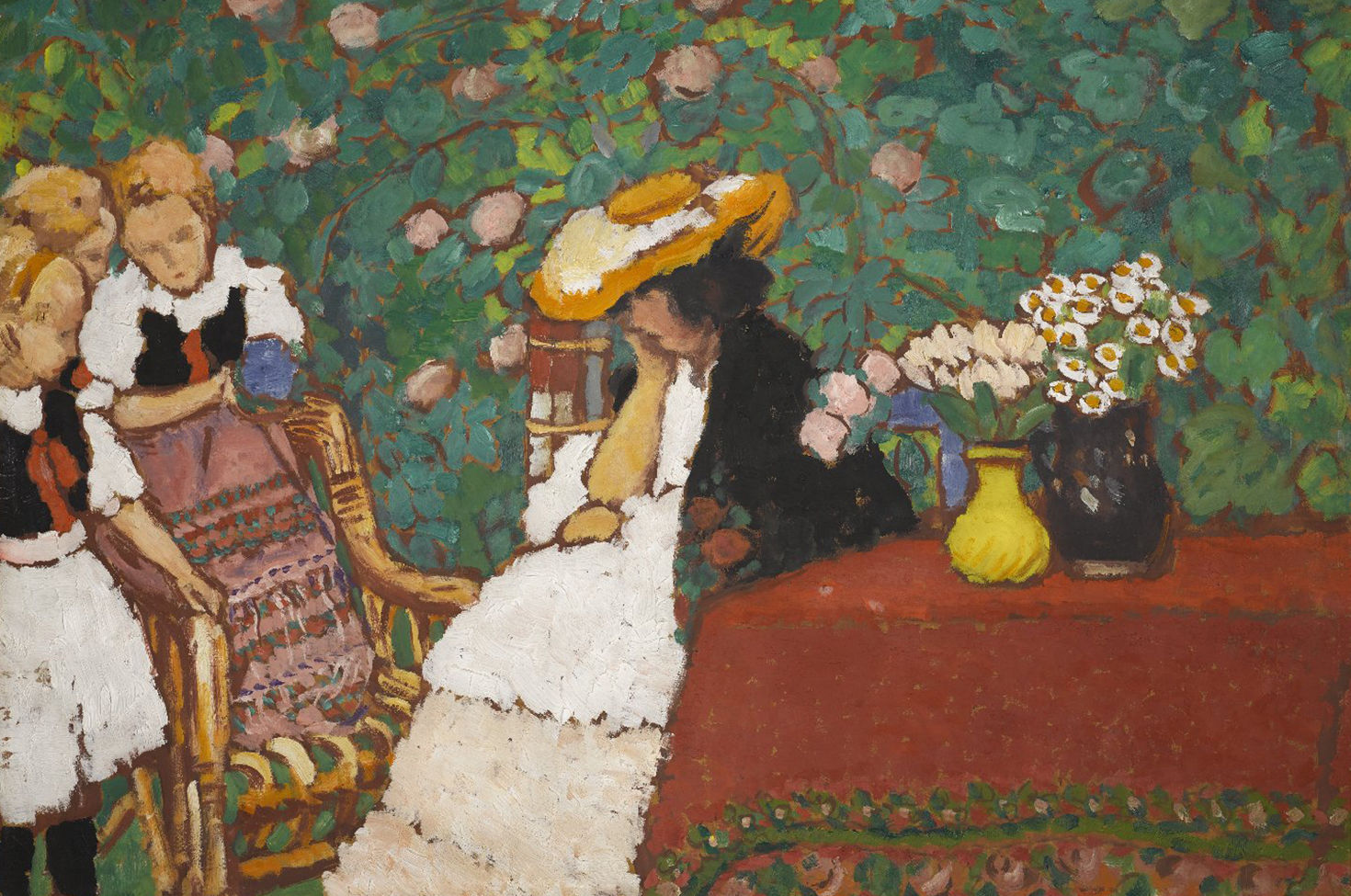 In 1938 the novelist I.A.R. Wylie published a short story in Good Housekeeping titled “The Underpup,” set at a summer camp outside New York City. At the time Wylie lived in a similar setting. She and her partner, S. Josephine Baker—the doctor famous for catching Typhoid Mary (twice)—lodged with their friend Dr. Louise Pearce on a tranquil farm near Princeton, New Jersey, where they were, per Wylie’s autobiography My Life with George, “quite reasonably happy and I hope not too unreasonably pleased with ourselves.”

I don’t know what Princeton thinks about us. There is a rumor that we are called “The Girls.” If this is so, I now know too much about American terminology to be flattered. There may be other designations mercifully concealed from us. Three professional women, two of them eminent in their respective medical fields, and living amicably and even gaily together is an odd phenomenon, especially in a university town given over mainly to male talent. Whatever the natives think—and their thoughts are clear-cut and positive on all subjects—they have been very kind to us.

“The Underpup” tells the story of another person deemed an odd phenomenon in a relatively rural, if still quite fancy, place: a working-class girl sent on an anthropological mission into a forest retreat for spoiled, wealthy youngsters. Born in Australia, Wylie had been a suffragist in London before moving to America and writing stories that Hollywood kept adapting for the screen—including “The Underpup”—making her something of an expert in spying on other ways of living. She preferred to keep her children fictional, however, and said as much in My Life with George:

I should have made an appalling wife and a worse mother. For one thing my attitude toward my intimates—to whom I am sometimes playfully known as “Uncle”—is faintly masculine and even patriarchal. I like to be taken care of, to have my clothes mended, my scattered possessions picked up and reassembled for me, and my hand held when my head aches and I know I am never going to write again. But when it comes to giving and doing and organizing, in the grand manner I want to be It. Also, though I write of them with genuine sympathy and understanding, I dislike children as heartily as I did when I was a child myself, and I am sure if one of mine ventured to have measles whilst I was in the throes of literary creation, I should dump it out of the window. 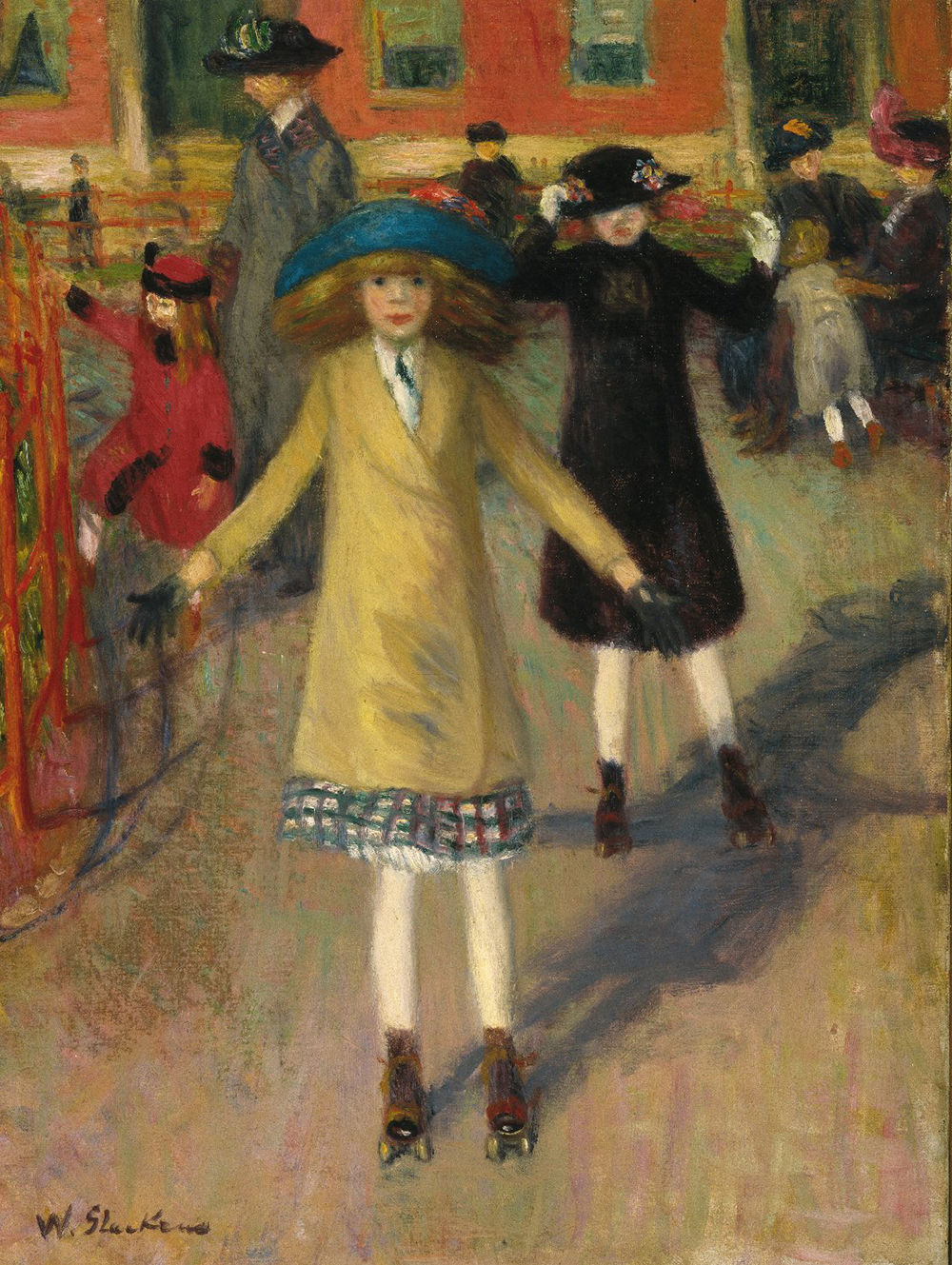 The Penguins were always breaking out with something. Miss Thornton, who had run Camp Happy Warriors for years and still believed there was good in everyone, said it was merely their age. The Penguins were older than the Peewits, who still trailed attenuated clouds of glory; and were younger than the Pelicans, who were beginning to talk mysteriously about Life, Beaux, and Parties—things so far removed from the Peewits that they weren’t even interested, but near enough to the Penguins to exasperate them into having marvelous ideas of their own.

So the Penguins were wonderfully set up when they first realized that they had a Social Conscience. They felt that even Priscilla (“Prissy”) Adams, their counselor, who generally thought their ideas dreadful, would have to admit that a Social Conscience was a good idea.

Clara VanSittart had brought it to camp with her, just as the previous summer she had brought the first pair of white mice. Clara was a fat, earnest child with spectacles who would one day be chairman of a Women’s Club. Her mother, who was several chairmen already, had discovered the Poor that winter—rather to their consternation—so that Clara knew that at the very moment when the Penguins were sitting around their campfire, surrounded by trees and stars and lakes, and faintly nauseated with toasted marshmallows, there were poor, half-starved children literally gasping for air in New York City’s crowded, stifling streets. There was even a place called Hell’s Kitchen, it was so hot and awful. Clara knew all the best words, like underprivileged, and by the time the last marshmallow had been drawn from its prong the Penguins were in tears.

“But it’s no use just crying,” little Janet Cooper said. She was usually so afraid of everyone, including herself, that they all stared at her. “We ought to do something,” she said. And dived back into the shadow like an alarmed young tadpole.

No one had ever accused the Penguins of inertia. They proceeded at once to do something. And the counselors wished afterward that it had been white mice again.

Thus it came about that one April morning the following year Pip-Emma Binns sat at her desk by the classroom window and wrote an English composition called “Trees.” Or rather she was not writing. She was chewing bits out of a wooden penholder and balefully regarding the back of Vittoria Emanuella Perozzi, the class’ champion essayist. Vittoria used words which Miss Perkins called metaphors and similes and which Pip-Emma called baloney. If a person looked white, why not just say so? Why bring in sheets? However, Miss Perkins thought a lot of that sort of thing, and so, no doubt, would the dames who were giving a prize of two months’ vacation in some swell kids’ camp for the best description of trees.

What did a tree look like? In Pip-Emma’s opinion it looked like a tree. But she knew that wouldn’t get her anywhere—certainly not to Camp Happy Warriors, where Pop and Ma were hell-bent on her going. She pulled her dark brows together. She wiped an inky hand over her black hair drawn back into a short defiant pigtail. Then inspiration struck her, too. Very carefully she wrote two sentences. “I can’t describe trees. I haven’t seen any.” And signed it Emma Binns.

It was like a metaphor. It wasn’t true. It was baloney. But to Mrs. VanSittart and her committee it was just too heartrending. No trees. Poor little Emma Binns! As for Vittoria Emanuella Perozzi, she had evidently seen so many trees so often and so beautifully that, in the committee’s opinion, there was no urgent need for her to see any more of them.

The Happy Warriors were gathered with their counselors and under their respective banners in Grand Central Terminal, and Clara VanSittart inspected the Penguins like a colonel inspecting a regiment before battle. She gave last orders. After all, the Social Conscience had been her idea, and it had to go over with a bang so that even the Pelicans would be impressed.

“Every Penguin,” she said, “must remember to be kind. The poor kid won’t be able to do the things we do, and I guess she’ll do a lot we don’t. But you’re not to look s’perior or call her down so as to hurt her feelings. We’ve got to remember we’d be like her if we didn’t belong to the Privileged Classes.” It was a prepared speech and had more than a suggestion of Mrs. VanSittart’s firm handling of committees. “And don’t laugh at her mother,” Clara concluded. “She’s sure to be pretty awful.”

As it happened, Mrs. Binns, who went out as daily help, had no time to go running around after a lot of queer-sounding birds. She’d given Pip-Emma’s new middy costume a final admonitory twitch. “And mind you behave like a lady,” she’d said, swallowing her tears, “or I’ll sock you.”

Mr. Binns, who might have been heavyweight champion of the world if he hadn’t busted his hand early in life on the skull of a certain Black Bruiser, drove Emma to the station in the cab of his truck. “Keep yer chin covered, Pip,” he said, grinning, “and don’t pull your punches.”

Pip-Emma, staggering through the unfamiliar immensities of Grand Central under the weight of her suitcase, felt sickish. She hated leaving Pop and Ma. She loathed being a Penguin. She’d seen a penguin once at the zoo, and she’d seen no sense in it. She despised her costume. It would take weeks to live down the jeers and cheers which had greeted and pursued it to the end of 45th Street on Eighth. She hated leaving the gang. It was her gang. She ruled it with despotic efficiency. In fact, when she and Clara VanSittart, introduced by a worried Prissy Adams, shook hands, two born chairmen unconsciously locked horns.

It was one of those social blunders that Clara had foreseen and that had better be dealt with at once. Clara said kindly: “I’m so glad you’re fine. But I didn’t really want to know, you know.”

In the perceptible silence a Peewit was heard to titter, and the outrageous sound startled Clara out of her poise. She said, “Just because I don’t,” quite rudely.

And Pip-Emma, remembering Pop and Ma, retorted that it was dumb to ask questions if you didn’t want to know the answers.

The bus ride was Pip-Emma’s longest journey. She was getting tired and homesick. She’d never been homesick before. It was like toothache in the wrong place. Right now Pop and Ma would be sitting down to Ma’s special steak and onions. Afterward, it being Saturday, they’d go to an early show at the movies and finish up with a Pineapple Temptation or maybe a Banana Royal at Hader’s drugstore. They’d be feeling pretty mean, too. They hadn’t really wanted her to go. They’d wanted her to have a swell time and live like the rich kids did, with butlers waiting on you behind your chair and maybe breakfast brought you on a tray, like in the movies. Because one day Pip-Emma, who was smart as a whip, was going places, so she’d better know how things were done before she got there. 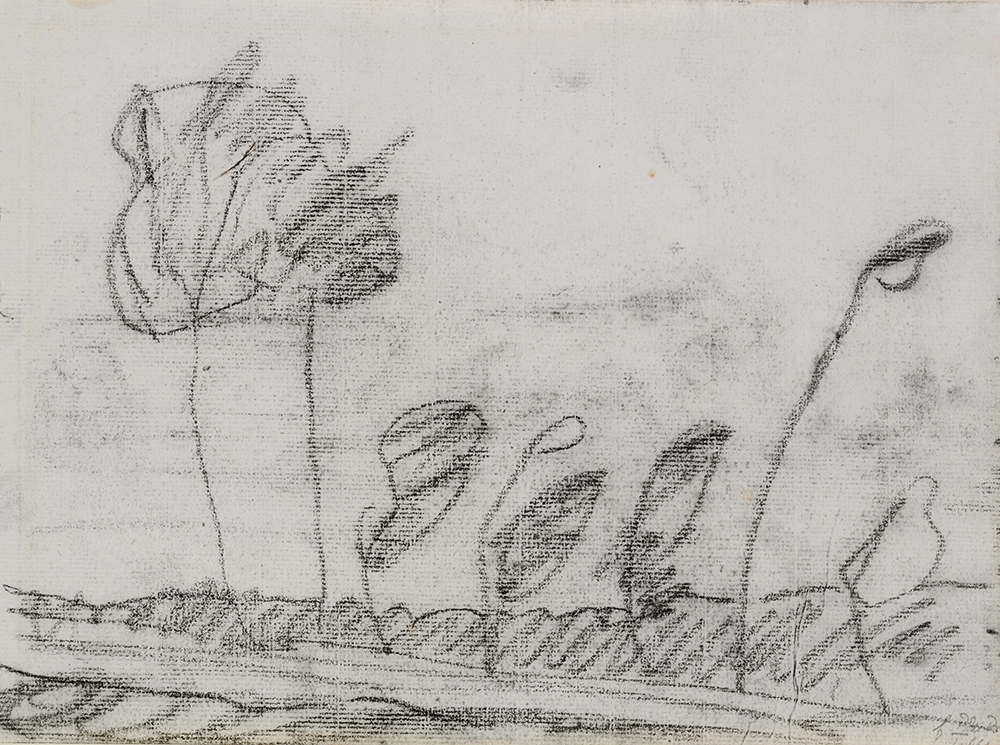 The station bus swung around a curve.

“There!” the Penguins shrieked together. And they all looked at Emma.

“It’s our Camp,” Janet explained in her thin high voice. “There’s the lake. And that’s our dining hall. And there, among the trees, is the Penguin Circle, where we sleep.”

Emma said nothing. It was as though, at the wave of a wicked wand, Roxy’s and all its ushers had been bewitched into ruins and rags. And it was more than Emma, at that moment, could bear. Her sharp, sallow little face puckered. To the Penguins’ consternation, she burst into a storm of tears.

Before supper Clara VanSittart summoned the Penguins to a hasty powwow. They drew Prissy into it, the situation being beyond them.

“P’raps it was the trees upset her,” Janet hazarded. “You know, she’s never seen any.”

Read the other entries in this series: Charles Dudley Warner, Jennie Carter, and Virginia Woolf.

Born in Melbourne, Ida Alexa Ross Wylie moved to London in 1911 and became a suffragette. Six years later she moved to the United States with her partner Rachel Barrett, a newspaper editor, and the two went on a cross-country road trip from New York to San Francisco. She became a prolific writer, and more than thirty of her novels and short stories were made into movies, including a film adaptation of her 1942 novel Keeper of the Flame starring Katharine Hepburn and Spencer Tracy. She later moved to a farm near Princeton, New Jersey, with two doctors: her partner, S. Josephine Baker, and Louise Pearce.