H.G. Wells worked as an apprentice to a draper and an assistant to a chemist before winning a scholarship at the age of eighteen that allowed him to study with the biologist T.H. Huxley. He published his first book, Textbook of Biology, in 1893 and his first novel, The Time Machine, in 1895. “It’s my trump card,” he wrote to a friend about the book, which became an immediate success. Over the next two years, Wells published The Island of Doctor Moreau and The Invisible Man.

The path of social advancement is, and must be, strewn with broken friendships.

On October 30, 1938, a CBS radio announcer presented the 8 p.m. broadcast: “Orson Welles and the Mercury Theatre on the Air in The War of the Worlds by H.G. Wells.” After the 23-year-old Welles read an ominous introduction and the “music of Ramon Raquello and his orchestra” played, bulletins followed with reports of Martians crash-landing in New Jersey. Many listeners thought that the Welles-Wells adaptation was news: some people crowded highways trying to flee from aliens; others pleaded with police for gas masks. Welles said at the broadcast’s end that it was only a “holiday offering” in anticipation of Halloween.

Human history becomes more and more a race between education and catastrophe.

It’s All a Swindle

H.G. Wells has a product to push. More

H.G. Wells examines the people of the future.More 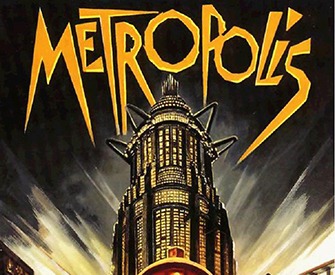 H.G. Wells takes Fritz Lang’s Metropolis to task for its sentimentality and failure to display a believable future. More