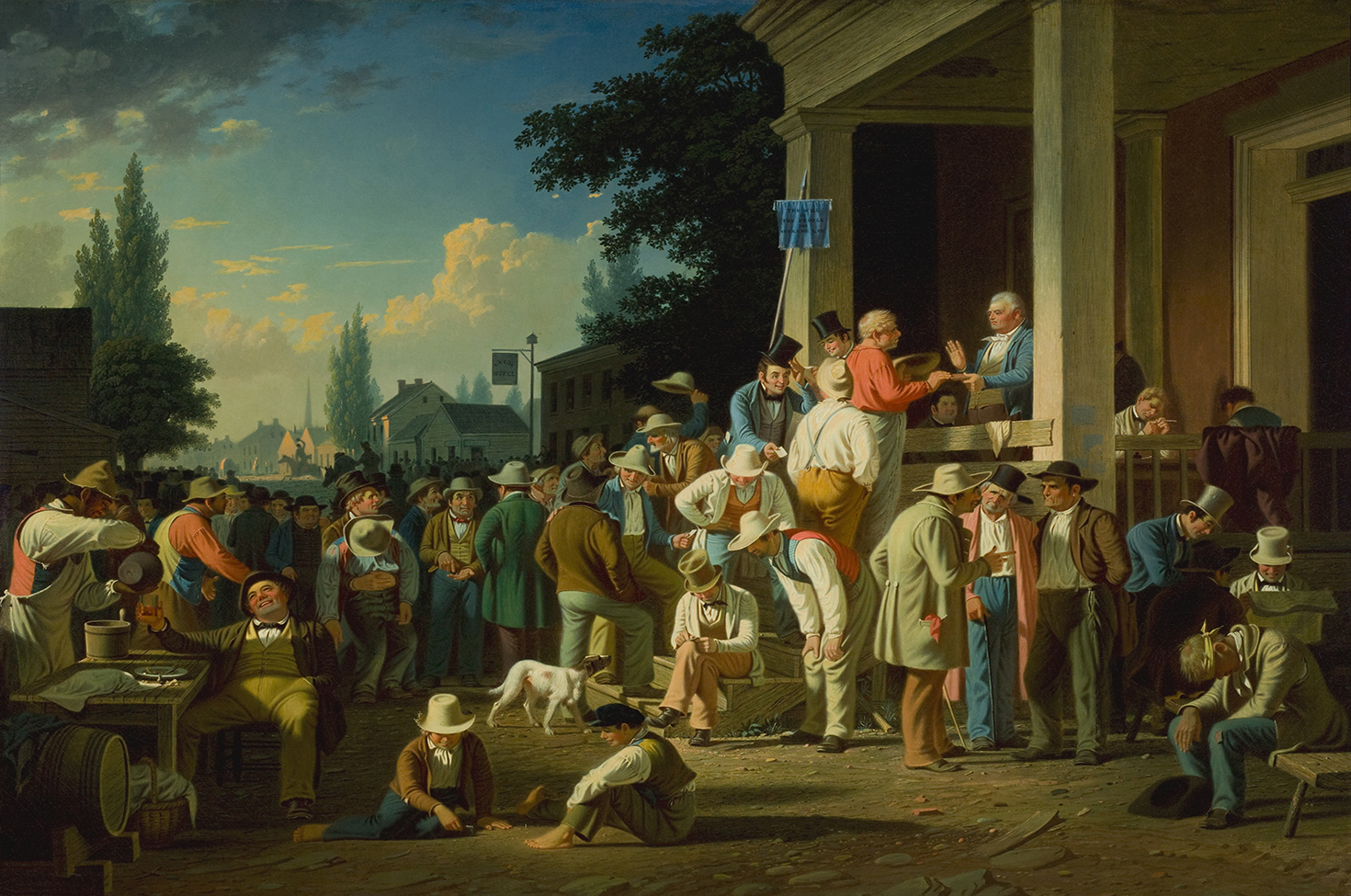 Kids may not have a vote, but they tend to learn a lot about democracy while eavesdropping on their parents, as Smithsonian Museum of American History curator Jon Grinspan notes in his book The Virgin Vote: How Young Americans Made Democracy Social, Politics Personal, and Voting Popular in the Nineteenth Century.

This untidy education taught many American children to view politics as an alluring hallmark of adulthood. Adults knew a secret. Americans could never agree on how to formally introduce partisanship to their children, so they framed their politics as a slowly unfolding mystery. Children learned new clues at each stage of their passage into the public world. At home, kids eavesdropped on political debates and took note of their parents’ heroes and villains. In the semipublic realm of the classroom, children puzzled over the slogans chanted by older students and the biases of their teachers.

Andrew Dickson White is one of the young partisans Grinspan introduces in his book. The future founder and first president of Cornell University wrote about his early political education in his 1905 autobiography, revealing how a syllabus of overheard whispers and passionate yelling sometimes left out lessons on checks and balances, monetary policy, and chains of command that would make American politics a little more coherent. 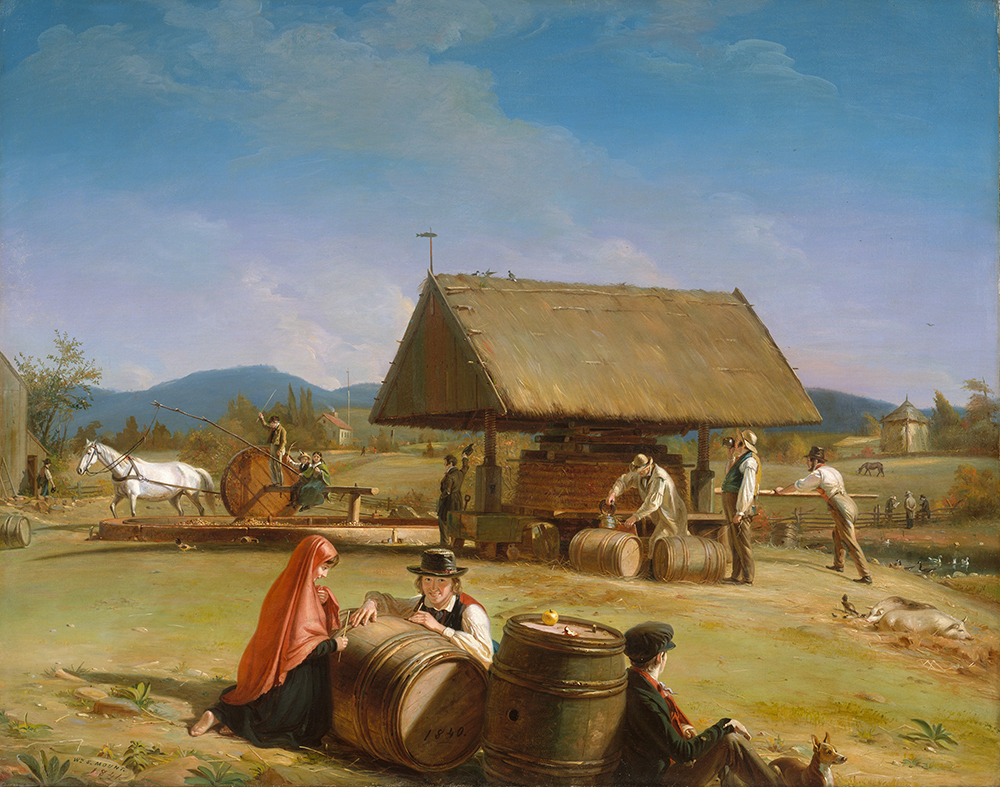 My arrival in this world took place at one of the stormy periods of American political history. It was on the third of the three Election Days which carried Andrew Jackson a second time into the presidency. Since that period, the election, with its paralysis of business, ghastly campaign lying, and monstrous vilification of candidates, has been concentrated into one day; but at that time all the evil passions of a presidential election were allowed to ferment and gather vitriolic strength during three days.

I was born into a politically divided family. My grandfather on my mother’s side, whose name I was destined to bear, was an ardent Democrat; had, as such, represented his district in the state legislature and other public bodies; took his political creed from Thomas Jefferson and adored Andrew Jackson. My father, on the other hand, was in all his antecedents and his personal convictions a devoted Whig, taking his creed from Alexander Hamilton and worshipping Henry Clay.

This opposition between my father and grandfather did not degenerate into personal bitterness; but it was very earnest, and, in later years, my mother told me that when Robert Hayne of South Carolina made his famous speech charging the North with ill treatment of the South, my grandfather sent a copy of it to my father. Shortly afterward my father sent to my grandfather the speech of Daniel Webster in reply. When this was read the family allowed that the latter had the better of the argument. I cannot help thinking that my grandfather must have agreed with them tacitly, if not openly. He loved the Hampshire Hills of Massachusetts, from which he came. Year after year he took long journeys to visit them, and Webster’s magnificent reference to the “Old Bay State” must have aroused his sympathy and pride.

Fortunately, at that election—as at so many others since—the good sense of the nation promptly accepted the result, and after its short carnival of political passion, dismissed the whole subject, the minority simply leaving the responsibility of public affairs to the majority, and all betaking themselves again to their accustomed vocations.

I do not remember, during the first seven years of my life, ever hearing any mention of political questions. The only thing I heard during that period which brings back a chapter in American politics was when, at the age of five years, I attended an infant school and took part in a sort of catechism, all the children rising and replying to the teacher’s questions. Among these were the following:

Q. Who is president of the United States?

Q. Who is governor of the state of New York?

This is to me somewhat puzzling, for I was four years old when Martin Van Buren was elected, and my father was his very earnest opponent. Though I recall easily various things which occurred at that age and even earlier, I have no remembrance of any general election before 1840, and my only recollection of the first New York statesman elected to the presidency is this mention of his name in a child’s catechism.

My recollections of the famous campaign of 1840 are vivid. In 1839 our family had removed to Syracuse, which was then a village of fewer than six thousand; but as the central town of the state, it was already a noted gathering place for political conventions and meetings. The great Whig mass meeting held there in 1840 was long famous as the culmination of the campaign between General William Henry Harrison and Martin Van Buren.

As a president Mr. Van Buren had fallen on evil times. It was a period of political finance, of demagogical methods in public business; and the result was “hard times,” with an intense desire throughout the nation for a change. This desire was represented especially by the Whig party. General Harrison had been taken up as its candidate not merely because he had proved his worth as governor of the Northwestern Territory and as a senator in Congress, but especially as the hero of sundry fights with the Indians and, above all, of the plucky little battle at Tippecanoe. The most popular campaign song, which I soon learned to sing lustily, was “Tippecanoe and Tyler, Too,” and sundry lines of it expressed not only my own deepest political convictions and aspirations but also those cherished by myriads of children of far larger growth. They ran as follows:

The campaign was an apotheosis of tomfoolery. General Harrison had lived the life, mainly, of a Western farmer and for a time, doubtless, exercised amid his rude surroundings the primitive hospitality natural to sturdy Western pioneers. On these facts the changes were rung. In every town and village a log cabin was erected where the Whigs held their meetings; and the bringing of logs, with singing and shouting, to build it was a great event; its front door must have a wooden latch on the inside, but the latchstring must run through the door; for the claim which the friends of General Harrison especially insisted upon was that he not only lived in a log cabin but that his latchstring was always out, in token that all his fellow citizens were welcome at his fireside.

Another element in the campaign was hard cider. Every log cabin must have its barrel of this acrid fluid, as the antithesis of the alleged beverage of President Van Buren at the White House. He, it was asserted, drank champagne. Another feature at the log cabin, and in all political processions, was at least one raccoon; and if not a live raccoon in a cage, at least a raccoon skin nailed upon the outside of the cabin.

Among the features of that period which excited my imagination were the enormous mass meetings with processions coming in from all points of the compass, miles in length, and bearing every patriotic device and political emblem. Here the Whigs had infinitely the advantage. Their campaign was positive and aggressive. On wagons were men working at every trade which expected to be benefited by Whig success: log cabins of all sorts and sizes; hard-cider barrels; coon pens; great canvas balls, which were kept “a-rolling on”; canoes, such as General Harrison had used in crossing Western rivers; eagles that screamed in defiance and cocks that crowed for victory. The turning ball had reference to sundry lines in the foremost campaign song. For the October election in Maine having gone Whig by a large majority, clearly indicating what the general result was to be in November, the opening lines ran as follows:

Oh, have you heard the news from Maine—Maine—Maine?
Rolling the country through?
It is the ball a-rolling on
For Tippecanoe and Tyler, too.

The only matter of political importance which, as a boy eight years old, I seized upon, and which dwells in my memory, was the creation of the “Sub-Treasury.” That this was a wise measure seems now proven by the fact that through all the vicissitudes of politics, from that day to this, it has remained and rendered admirable service. But at that time it was used as a weapon against the Democratic Party and came to be considered by featherbrained partisans, young and old, as the culmination of human wickedness. As to what the “Sub-Treasury” really was I had not the remotest idea; but this I knew—that it was the most wicked outrage ever committed by a remorseless tyrant upon a long-suffering people.

In November 1840 General Harrison was elected. The following spring he was inaugurated, and the Whigs being now for the first time in power, the rush for office was fearful. It was undoubtedly this crushing pressure upon the kindly old man that caused his death. What British soldiers, and Indian warriors, and fire, flood, and swamp fevers could not accomplish in over sixty years was achieved by the office-seeking hordes in just one month.

He was inaugurated on the fourth of March and died early in April.

I remember, as if it were yesterday, my dear mother coming to my bedside, early in the morning, and saying to me, “President Harrison is dead.” I wondered what was to become of us. He was the first president who had died during his term of service, and a great feeling of relief came over me when I learned that his high office had devolved upon the vice president.

Born in Homer, New York, Andrew Dickson White founded Cornell University in 1868 and became its first president. He had previously served as a diplomat in Russia, lobbied England and Europe during the Civil War, and taught English and history at the University of Michigan. He later returned to diplomatic work, representing the U.S. in Germany, Russia, and at the Hague Peace Conference. His will bequeathed his thirty thousand books—with extensive collections on architecture, Mormonism, and witchcraft—to Cornell.