Born in Homer, New York, Andrew Dickson White founded Cornell University in 1868 and became its first president. He had previously served as a diplomat in Russia, lobbied England and Europe during the Civil War, and taught English and history at the University of Michigan. He later returned to diplomatic work, representing the U.S. in Germany, Russia, and at the Hague Peace Conference. His will bequeathed his thirty thousand books—with extensive collections on architecture, Mormonism, and witchcraft—to Cornell. 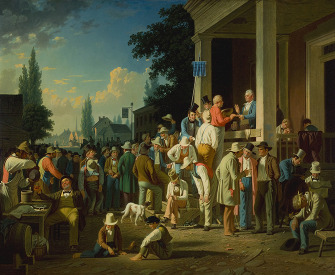 A political education begins with knockoff opinions amid the 1840 U.S. presidential election. More