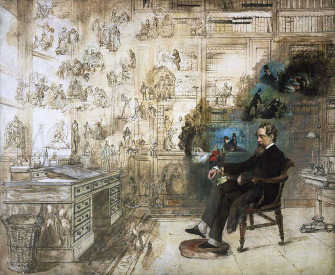 “It was rejected because it was so simple and looked like too much fun,” Kurt Vonnegut wrote of his failed 1965 master’s thesis in anthropology, in which he argued that the plots of stories, when graphed, conform to a set of standard patterns. “The apathy of the University of Chicago is repulsive to me. They can take a flying fuck at the moooooooooooooooon.”

If people think Nature is their friend, then they sure don’t need an enemy.

Life is no way to treat an animal.