Robert Louis Stevenson did not learn to read until he was eight years old and dictated his earliest stories to his mother and his nurse. Once recalling that his childhood was “full of fever, nightmare, insomnia, painful days, and interminable nights,” he did not fare much better as an adult, suffering from a chronic lung disease that led him to seek out healthful environments: he spent two winters in Davos, Switzerland, where he completed Treasure Island in 1881, and sailed to Polynesia in 1888. Plagued by lung disease, sciatica, near blindness, and debilitating writer’s cramp in his later years, he lived out his days on the island of Upolu, in Samoa, dictating his final works to his stepdaughter. 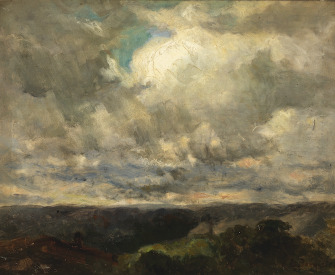 “Any Place Is Good Enough to Live a Life In”

I’ve a grand memory for forgetting.

Everyone lives by selling something.

For my part, I travel not to go anywhere, but to go. I travel for travel’s sake. The great affair is to move.

There is no foreign land; it is the traveler only that is foreign.

The Sea Is English

Under the wide and starry sky, / Dig the grave and let me lie.

Youth is the time to go flashing from one end of the world to the other both in mind and body, to try the manners of different nations, to hear the chimes at midnight.