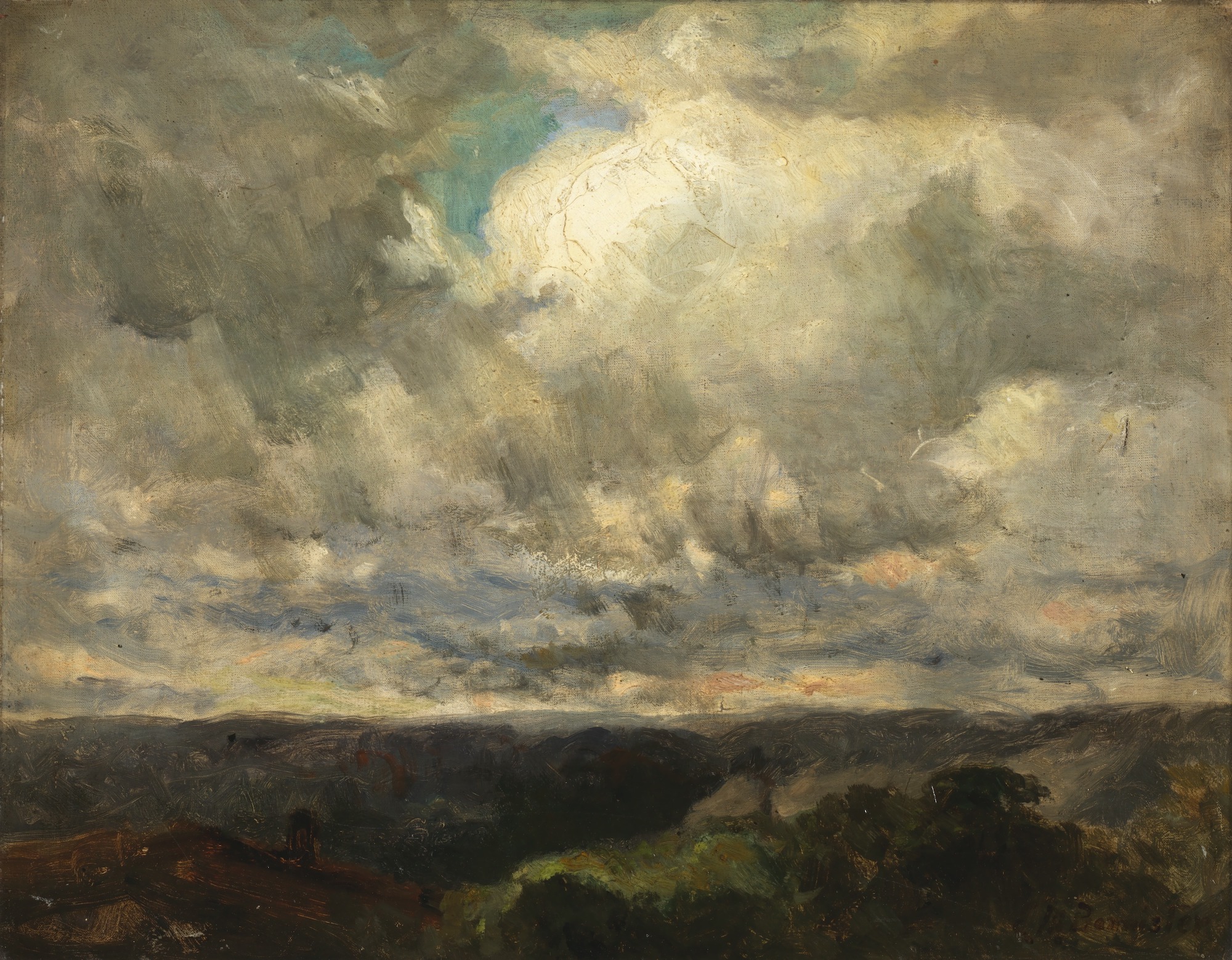 Robert Louis Stevenson was no stranger to disease. The author of Treasure Island and The Strange Case of Dr. Jekyll and Mr. Hyde suffered from chronic illnesses that frequently kept him confined to his bed as a child and later in life manifested as coughing, fevers, and other tuberculosis-like symptoms. Stevenson traveled all over the world in search of a climate that would ease his lung complaint, and died at only forty-four. By then Stevenson was so frail that a doctor called to his deathbed reportedly inquired, “How can anybody write books with arms like that?”

As well as being an author of adventure and science fiction stories, Stevenson was an accomplished essayist. “On the Enjoyment of Unpleasant Places,” from which this excerpt is taken, first appeared in the periodical Portfolio in November 1874. While Stevenson did not write these words with quarantine or self-isolation in mind, he offers wisdom for all of those who find themselves stuck in one place, wishing they could be elsewhere. 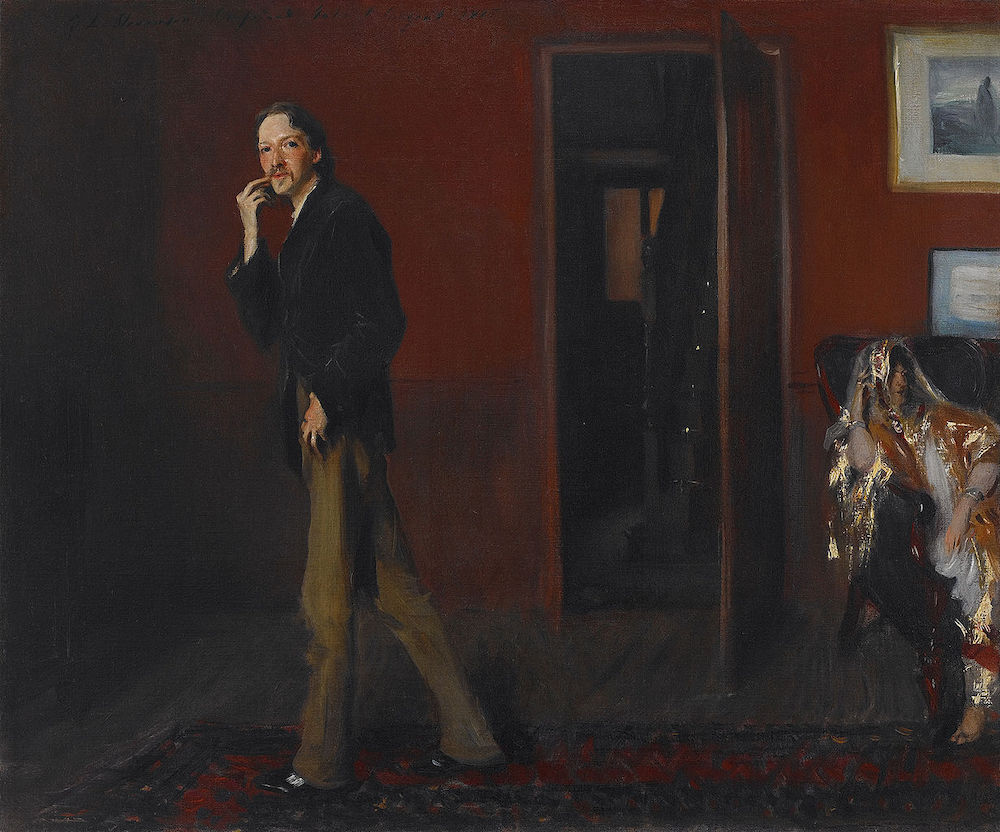 It is a difficult matter to make the most of any given place, and we have much in our own power. Things looked at patiently from one side after another generally end by showing a side that is beautiful. A few months ago some words were said in the Portfolio as to an “austere regimen in scenery”; and such a discipline was then recommended as “healthful and strengthening to the taste.” That is the text, so to speak, of the present essay. This discipline in scenery, it must be understood, is something more than a mere walk before breakfast to whet the appetite. For when we are put down in some unsightly neighborhood, and especially if we have come to be more or less dependent on what we see, we must set ourselves to hunt out beautiful things with all the ardor and patience of a botanist after a rye plant. Day by day we perfect ourselves in the art of seeing nature more favorably. We learn to live with her, as people learn to live with fretful or violent spouses: to dwell lovingly on what is good, and shut our eyes against all that is bleak or inharmonious. We learn, also, to come to each place in the right spirit. The traveler, as sixteenth-century French writer Pierre de Bourdeille, seigneur de Brantôme, quaintly tells us, “fait des discours en soi pour soutenir en chemin” (talks to himself to support himself on his journey); and into these discourses he weaves something out of all that he sees and suffers by the way; they take their tone greatly from the varying character of the scene; a sharp ascent brings different thoughts from a level road; and the man’s fancies grow lighter as he comes out of the wood into a clearing. Nor does the scenery any more affect the thoughts than the thoughts affect the scenery. We see places through our humors as through differently colored glasses.

We are ourselves a term in the equation, a note of the chord, and make discord or harmony almost at will. And even where there is no harmony to be elicited by the quickest and most obedient of spirits, we may still embellish a place with some attraction of romance. We may learn to go far afield for associations, and handle them lightly when we have found them. Sometimes an old print comes to our aid; I have seen many a spot lit up at once with picturesque imaginations by a reminiscence of Callot, or Sadeler, or Paul Brill. Dick Turpin has been my lay figure for many an English lane. And I suppose the Trossachs would hardly be the Trossachs for most tourists if a man of admirable romantic instinct had not peopled it for them with harmonious figures, and brought them thither with minds rightly prepared for the impression. There is half the battle in this preparation. For instance, I have rarely been able to visit, in the proper spirit, the wild and inhospitable places of our own Highlands. I am happier where it is tame and fertile, and not readily pleased without trees. I understand that there are some phases of mental trouble that harmonize well with such surroundings, and that some persons, by the dispensing power of the imagination, can go back several centuries in spirit, and put themselves into sympathy with the hunted, houseless, unsociable way of life that was in its place upon these savage hills. Now, when I am sad, I like nature to charm me out of my sadness, like David before Saul; and the thought of these past ages strikes nothing in me but an unpleasant pity; so that I can never hit on the right humor for this sort of landscape, and lose much pleasure in consequence. Still, even here, if I were only let alone and time enough were given, I should have all manner of pleasures, and take many clear and beautiful images away with me when I left. When we cannot think ourselves into sympathy with the great features of a country, we learn to ignore them, and put our head among the grass for flowers, or pore, for long times together, over the changeful current of a stream. We come down to the sermon in stones when we are shut out from any poem in the spread landscape. We begin to peep and botanize, we take an interest in birds and insects, we find many things beautiful in miniature. The reader will recollect the little summer scene in Wuthering Heights—the one warm scene, perhaps, in all that powerful, miserable novel—and the great feature that is made therein by grasses and flowers and a little sunshine: this is in the spirit of which I now speak. And, lastly, we can go indoors; interiors are sometimes as beautiful, often more picturesque, than the shows of the open air.

With all this in mind, I have often been tempted to put forth the paradox that any place is good enough to live a life in, while it is only in a few, and those highly favored, that we can pass a few hours agreeably. For if we only stay long enough we become at home in the neighborhood. Reminiscences spring up, like flowers, about uninteresting corners. We forget to some degree the superior loveliness of other places, and fall into a tolerant and sympathetic spirit which is its own reward and justification. Looking back the other day on some recollections of my own, I was astonished to find how much I owed to such a residence; six weeks in one unpleasant countryside had done more, it seemed, to quicken and educate my sensibilities than many years in places that jumped more nearly with my inclination.

Robert Louis Stevenson did not learn to read until he was eight years old and dictated his earliest stories to his mother and his nurse. Once recalling that his childhood was “full of fever, nightmare, insomnia, painful days, and interminable nights,” he did not fare much better as an adult, suffering from a chronic lung disease that led him to seek out healthful environments: he spent two winters in Davos, Switzerland, where he completed Treasure Island in 1881, and sailed to Polynesia in 1888. Plagued by lung disease, sciatica, near blindness, and debilitating writer’s cramp in his later years, he lived out his days on the island of Upolu, in Samoa, dictating his final works to his stepdaughter.