In 1975 the twenty-three-year-old law student Hilary Mantel began writing a novel about the French Revolution; in 1992 the book, A Place of Greater Safety, became her fifth novel to be published. Among her other novels are Fludd; Beyond Black; and a trilogy about Thomas Cromwell, Wolf Hall, Bring Up the Bodies, and The Mirror & the Light. She later wrote of researching the Tudor period, “It wasn’t Cromwell who shocked me, but his historians—their errors and prejudices, rolled down the years and gathering moss.” 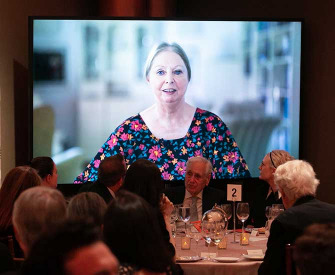 We Live in History