The “racket” of international reply coupons actually fell in my lap like a ripe apple. I did not have to shake the tree to get it. I just reached over, where it had fallen, and took it. It looked good. Luscious. I examined it for flaws and found none. I had to bite. I wouldn’t have been human if I didn’t.

Sorting my correspondence, I noticed a letter from Spain. It had an international reply coupon pinned to the corner. The letter had been on my desk for several days. It did not say much. It merely asked for a copy of my publication The Trader’s Guide along with a coupon that had been enclosed in prepayment of postage. I had seen and used coupons before, and  knew what they were. In fact, I knew their exact function.

The coupon before me was identical in appearance to others I had handled before. It had been issued by a Spanish post office. But it corresponded in every detail with the coupons issued by other countries. The only minor difference was that, at the bottom, it had the word España, instead of the name of some other country. Likewise, at the top, the value appeared in Spanish and read: “thirty centavos.” 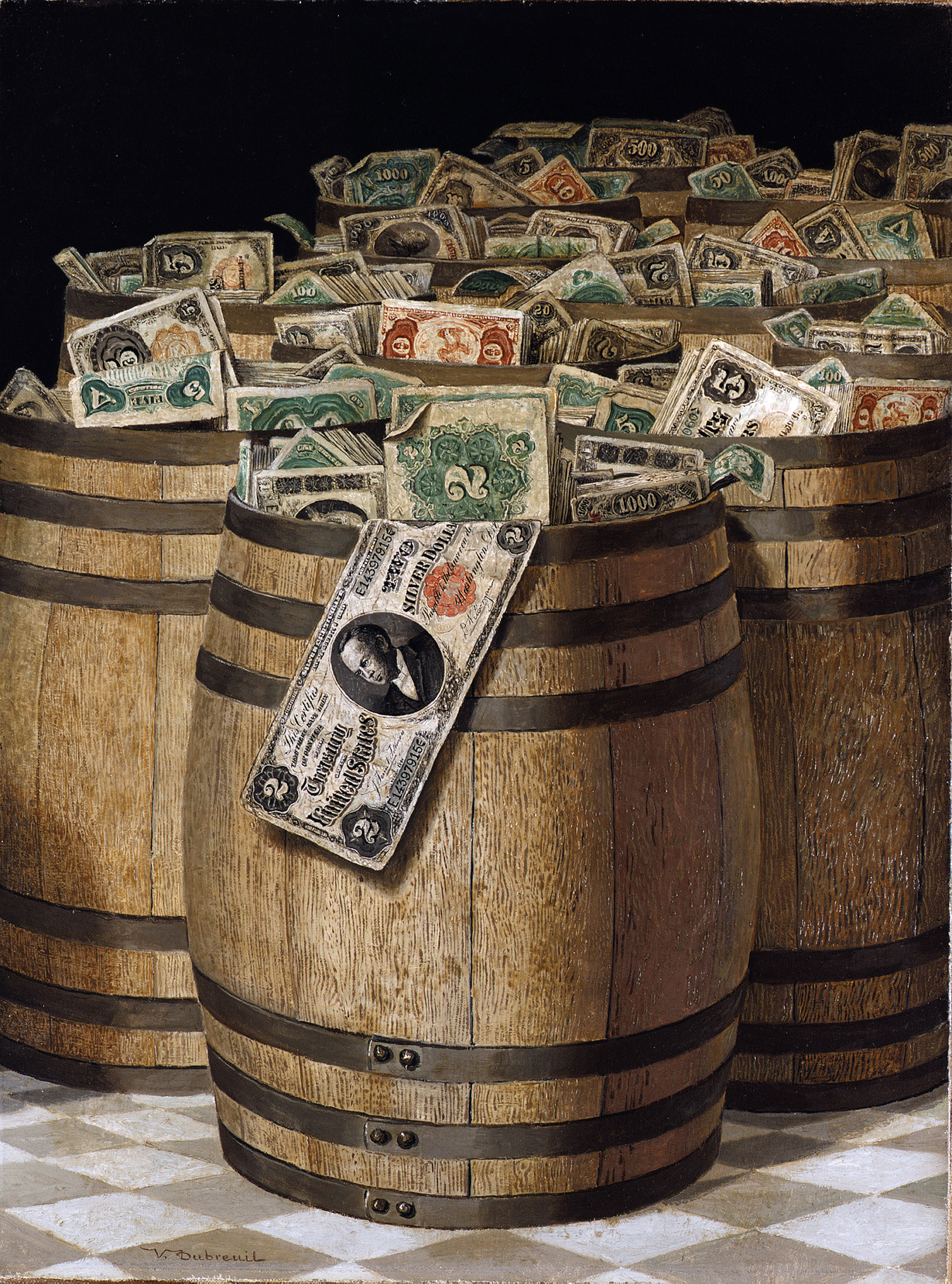 The main legend appeared on the face and the reverse of the coupon in several languages. It said: “This coupon may be exchanged at any post office of any country in the Universal Postal Union for a postal stamp of the value of twenty-five centimes, or its equivalent.”

The coupon came to my notice accidentally, at a time when my mind was extremely alert. But it was entirely due to what I already knew about coupons and foreign exchange rates that I saw in it an opportunity for speculation. An untrodden path shortcut to some easy money. And it may seem strange, almost amazing, that my path might have been overlooked until then by the financial wizards of Wall Street. But it so happened. And those birds have never forgiven me since for having caught them napping. When you steal a march on them, you can bet your bottom dollar they are going to be on your trail until your beneficiary collects on your insurance policy.

My discovery didn’t involve much scientific study. In fact, it did not involve either science or study. It was a good deal simpler than the Einstein theory of relativity. So simple, really, that it took me less than five minutes of figuring on a scratchpad to realize its possibilities.

The coupon itself told a brief story. It had been purchased at a Spanish post office for thirty centavos, which was nominally equivalent to six U.S. cents. It could be exchanged, in the United States, for a postage stamp of a denomination equivalent to twenty-five centimes, or five cents. It remained to be ascertained whether the coupon could actually be exchanged in the United States. A call at the Boston post office would have settled that question in no time, but there was no hurry for it.

What set me thinking was the knowledge that the peseta—the Spanish monetary unit—was then quoted at fifteen cents in American money, instead of twenty cents, its par value. A little figuring disclosed that, at that rate, six and two-thirds pesetas could be bought for one dollar. Since a peseta was made up of one hundred centavos, six and two-thirds pesetas were equal to 666 centavos. It didn’t take much to find out that with 666 centavos, I could have bought at any Spanish post office twenty-two coupons exactly like the one before me. I could exchange these coupons in the United States for a five-cent stamp each. Or, $1.10. The transaction showed a 10 percent profit.

A 10 percent margin wasn’t much of a speculation, but one thought led to another. Some foreign currencies had suffered even a greater depreciation than the peseta. The Italian lira, for instance. It was quoted then about five cents instead of twenty cents. One lira was equal to one hundred centesimi. A dollar would have brought twenty lire, or two thousand centesimi. With two thousand centesimi, I could have obtained sixty-six coupons at thirty centesimi each. Or enough coupons to obtain in exchange for them at the Boston post office $3.30 of five cent stamps. That meant a gross profit of 230 percent.

If you find excrement somewhere in the village, the chief was the one who put it there.

Just then I was dealing only with theories. In my own heart, I felt sure of my figures and conclusions. Had I owned as little as a few hundred dollars, I would not have hesitated to play a lone hand. My financial circumstances made it impossible, as usual. When I had a good thing I could never swing it alone.

Faced with the necessity of borrowing from others, I found that I needed something more substantial than my own theories and beliefs. I could not approach any prospective lender until I possessed unimpeachable evidence that my assertions were absolutely accurate.

First of all, it was important to ascertain whether the depreciation of paper currencies had in any way affected the selling cost of the coupons. To this end, I sent out three letters, each with a dollar bill enclosed. One went to Spain, one to France, and the third one to Italy. In each case, I requested the recipient to exchange the dollar bill into paper currency of his own country. Then to purchase with it as many coupons as he could obtain and mail them to me. In the course of a few weeks, I received my replies and the coupons. The results coincided with my expectations.

In the meanwhile, inquiry at the Boston post office had satisfied me that the coupons could be exchanged there without trouble.

A copy of the United States Postal Guide and any newspaper with current quotations on foreign exchange completed the chain of evidence necessary to support my statements. In all, it had cost me less than four dollars to lay the foundation of a venture, nine months thence, that had an outstanding indebtedness of fifteen million dollars.

The peculiar feature about the whole thing was that the laws and the treaties involved in the purchase and redemption of coupons protected the user of such coupons and not the various governments concerned. They could not refuse to sell or to redeem the coupons without adequate advance notice. Even though they might be aware of the fact that a speculation in them was in progress, and that they stood to lose money by it.

The coupons were a commodity like postage stamps. They were a part and parcel of that postal service which, being a government monopoly, the government guaranteed and had to perform satisfactorily.

Regardless of whether it showed a profit or a deficit. The post offices of any country could refuse to sell me stamps. They could not limit the number of coupons I wanted to either buy or redeem. They could not decline to increase their normal supply, if it became burdensome to meet an increased demand. In other words, the burden of living up to the terms of the contract was entirely on the government’s side and not on mine. All I could be expected to do was to tender cash in payment of coupons. But what I did with the stamps afterward was nobody else’s business but my own. 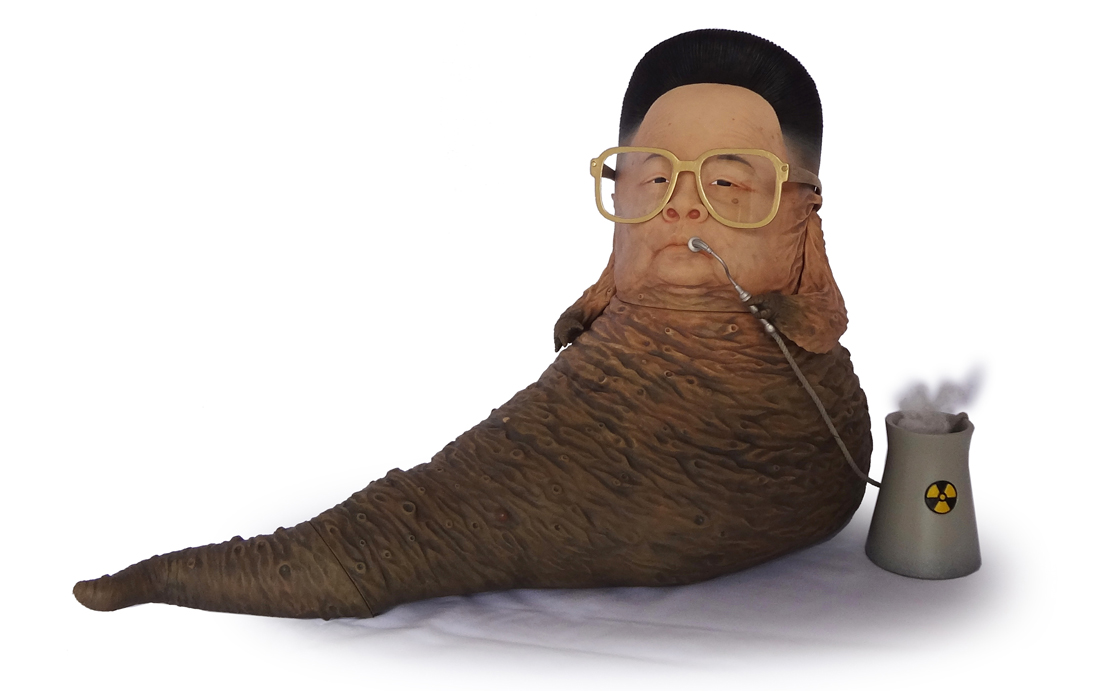 There was no law or rule or regulation I could possibly violate by a traffic in coupons, carried on as described here. The most that could be said was that such traffic might have been unethical. But a breach of ethics was not an infraction of the law. Anyway, my environment had made me rather callous on the subject of ethics. Then, as now, nobody gave a rap for ethics. The almighty dollar was the only goal, and its possession placed a person beyond criticism for any breach of ethics incidental to the acquisition of it.

My early attempts to borrow substantial sums failed utterly. People wanted to know too much about my plans, more than was safe to tell. Had I been too liberal with information, somebody might have used it himself and left me out in the cold. So I told just enough to whet the people’s greed and curiosity. No more.

I wasted very little time and effort in my question for capital in lump sums. I soon gave it up as a bad job because I knew I could borrow ten dollars each from ten different persons much easier than I could borrow one hundred dollars from one. But in order to borrow even small amounts from strangers, I realized that I needed a certain prestige, such as a firm name lends, because it has the appearance of greater stability. And so, I decided to form a company. And I adopted for it the name of the Securities Exchange Company. Convinced that I was on the right track, I was determined to see the whole thing through to the end. And didn’t I though! But what a different end than I had anticipated!

From Meet Mr. Ponzi. Offering a 50 percent return within forty-five days, Ponzi attracted many eager investors. When Ponzi tried to exploit the international reply coupon market, he could not obtain enough coupons to pay his investors, which launched his career as a pyramid schemer. Having created the Securities Exchange Company in December 1919, he was elected a member of the executive committee of the Hanover Trust in June 1920, a month in which he took in $2.5 million in deposits. Ponzi was found guilty of mail fraud in 1920 and was eventually deported to Italy in 1934.

John Stuart Mill defends the power of the individual.More