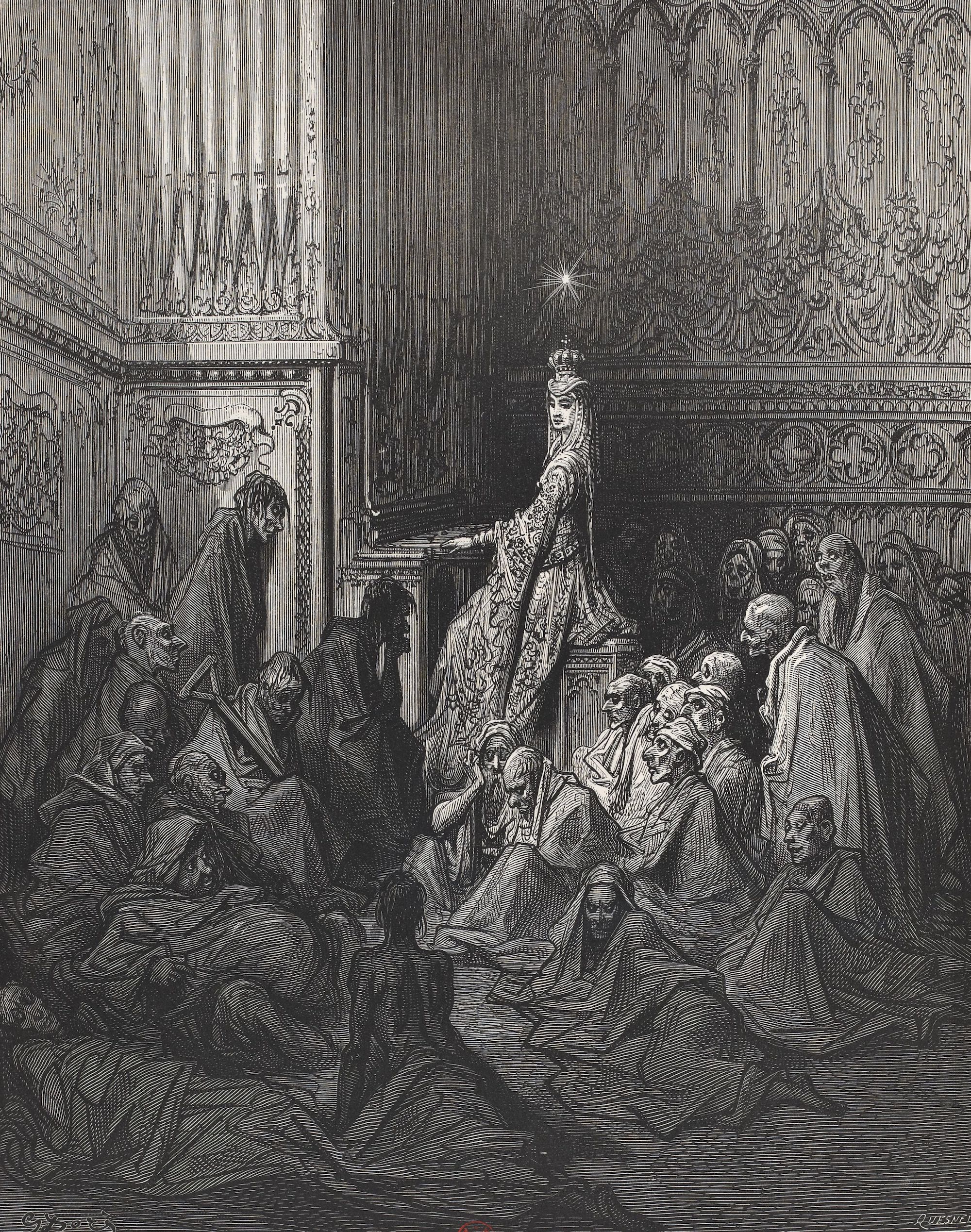 As a physician living in the sixteenth century, François Rabelais would have been very familiar with the ravages of bubonic plague and other diseases. Discussions of sickness pepper his stories of the absurd and carnivalesque. In one instance he attributes the plague to the stinky breath of the giant Pantagruel; in another he notes that a group of thieves seemed immune from plague, while priests and those who attended to the sick all perished.

In The Fifth Book of Pantagruel, published posthumously in 1564, Pantagruel and his companions continue the sea voyage they began in The Fourth Book, traveling from island to island and meeting their varied and strange inhabitants. In the excerpt below, adapted from the translation by Peter Anthony Motteux, the unnamed narrator describes their exploits in the Queendom of Whims, a land ruled by Queen Whims, goddaughter of Aristotle, whose magical abilities extend to the miraculous healing of the sick. 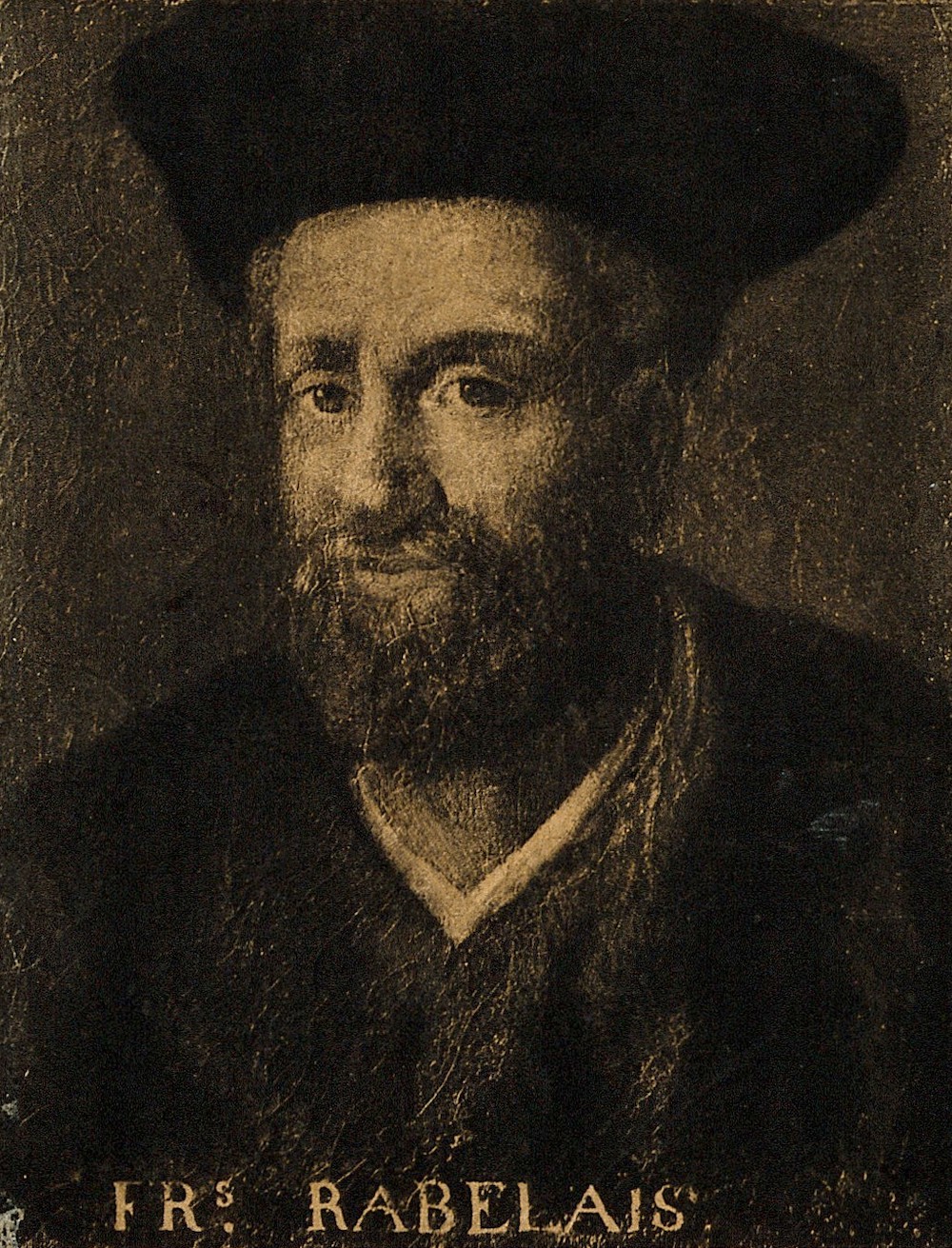 The captain took us to the queen’s palace, leading us silently with great formality. The giant Pantagruel would have said something to him, but the much shorter captain, wishing for a ladder or a very long pair of stilts, then said, “Patience, if it were our sovereign lady’s will, we would be as tall as you; well, we shall when she pleases.”

In the first galleries we saw great numbers of sick persons placed according to their maladies. The leprous were apart; those who were poisoned on one side, those who had got the plague on another; those who had the pox in the first rank; and the rest accordingly.

The captain showed us the queen, attended with her ladies and gentlemen, in the second gallery. She looked young, though she was at least eighteen hundred years old, and was handsome, slender, and as fine as a queen, that is, as hands could make her. He then said to us, “It is not yet a fit time to speak to the queen; be you but mindful of her doings in the meanwhile. You have kings in your world that fantastically pretend to cure some certain diseases, for example, scrofula or wens, swelled throats—nicknamed the king’s evil—and quartan agues, only with a touch; now our queen cures all manner of diseases with a song, according to the nature of the distemper and without so much as touching the sick.”

He then showed us a set of organs and said that when it was touched by her those miraculous cures were performed. The organ was indeed the strangest that ever eyes beheld; the pipes were of cassia fistula in the cod, the top and cornice of guaiacum, the bellows of rhubarb, the pedals of turpeth, and the clavier or keys of scammony.

Then those who were poisoned were had in, and she had no sooner given them a song but they began to find a use for their legs, and up they got. Then came on the deaf, the blind, and the dumb, and they too were restored to their lost faculties and senses with the same remedy, which did so strangely amaze us (and not without reason, I think) that down we fell on our faces, remaining prostrate, like men ravished in ecstasy, and were not able to utter one word through the excess of our admiration till she came and, having touched Pantagruel with a fine fragrant nosegay of white roses that she held in her hand, thus made us recover our senses and get up. Then she made us the following speech in byssine words, such as Parysatis desired should be spoken to her son Cyrus, or at least of crimson à la mode:

“The probity that scintillates the superficies of your persons informs my ratiocinating faculty, in a most stupendous manner, of the radiant virtues latent within the precious caskets and ventricles of your minds. For, contemplating the mellifluous suavity of your thrice discreet reverences, it is impossible not to be persuaded with facility that neither your affections nor your intellects are vitiated with any defect or privation of liberal and exalted sciences. Far from it—all must judge that in you are lodged a cornucopia and encyclopedia, an unmeasurable profundity of knowledge in the most peregrine and sublime disciplines, so frequently the admiration and so rarely the concomitants of the ignorant vulgar. This gently compels me, who in preceding times indefatigably kept my private affections absolutely subjugated, to condescend to make my application to you in the trivial phrase of the plebeian world and assure you that you are more than most heartily welcome.” 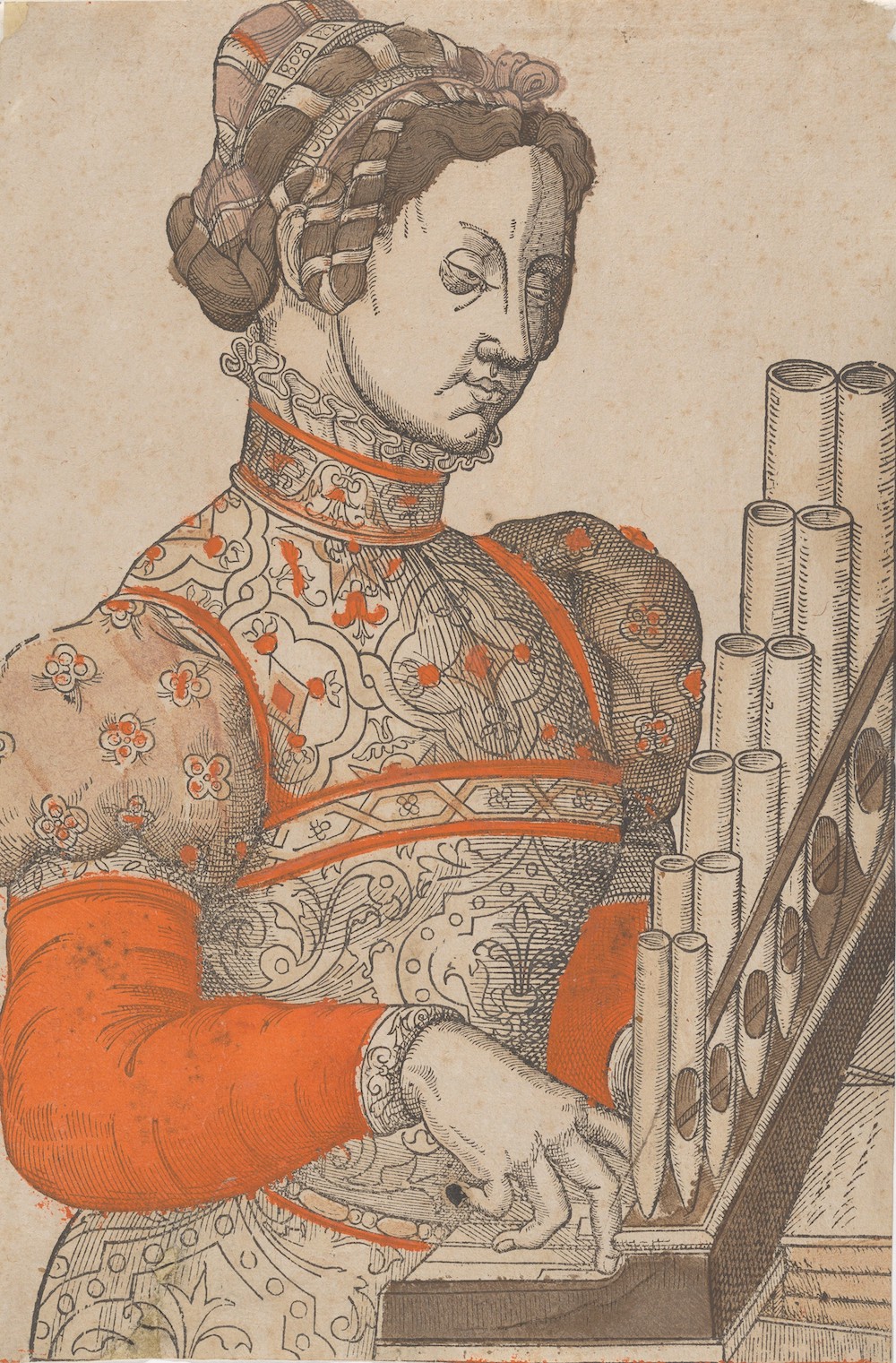 “I have no hand at making of speeches,” said Panurge to me privately; “prithee, man, make answer to her for us, if you can.” This would not work with me, however; neither did Pantagruel return a word. So that Queen Whims, or Queen Quintessence (whichever you please), perceiving that we stood as mute as fishes, said, “Your taciturnity speaks you not only disciples of Pythagoras, from whom the venerable antiquity of my progenitors in successive propagation was emanated and derives its original, but also discovers that, through the revolution of many retrograde moons, you have in Egypt pressed the extremities of your fingers with the hard tenants of your mouths, and scalped your heads with frequent applications of your nails. In the school of Pythagoras, taciturnity was the symbol of abstracted and superlative knowledge, and the silence of the Egyptians was recognized as an expressive manner of divine adoration; this caused the pontiffs of Hierapolis to sacrifice to the great deity in silence, without any vociferous or obstreperous sound. My design is not to enter into a privation of gratitude toward you but by a vivacious formality, though matter were to abstract itself from me, eccentricate to you my cogitations.”

Having spoken this, she only said to her officers, “Tabachins, a panacea”; and straight they desired us not to take it amiss if the queen did not invite us to dine with her; for she never ate anything at dinner but some categories, jecabots, emnins, dimions, abstractions, harborins, chelemins, second intentions, carradoths, antitheses, metempsychoses, transcendent prolepses, and such other light food.

Then they took us into a little closet lined through with alarms, where we were treated God knows how. It is said that Jupiter writes whatever is transacted in the world on the diphthera or skin of the Amalthaean goat that suckled him in Crete, which pelt served him instead of a shield against the Titans, whence he was nicknamed Aegiochos. Now, as I hate to drink water, brother drunkards, I protest it would be impossible to make eighteen goatskins hold the description of all the good meat they brought before us, though it were written in characters as small as those in which were penned Homer’s Iliad, which Tully tells us he saw enclosed in a nutshell.

For my part, had I one hundred mouths, as many tongues, a voice of iron, a heart of oak, and lungs of leather, together with the mellifluous abundance of Plato, yet I never could give you a full account of a third part of a second of the whole.

Pantagruel was telling me that he believed the queen had given the symbolic word used among her subjects to denote sovereign good cheer when she said to her tabachins, “A panacea”; just as Lucullus used to say, “In Apollo,” when he designed to give his friends a singular treat; though sometimes they took him unaware, as, among the rest, Cicero and Hortensius sometimes used to do.

Interested in classically oriented humanism, François Rabelais grew disaffected by monastic life in 1524 after his and a friend’s Greek books were seized by superiors. He joined the medical faculty at the University of Montpellier in 1530 and two years later published—under the anagrammatic pseudonym Alcofribas Nasier—the first of his four books that would be collected as Gargantua and Pantagruel. At least two of the books were condemned for heresy by the Sorbonne. The word Rabelaisian first appeared in English in a preface to the works of novelist Laurence Sterne: “He decently lived a becoming ornament of the Church, till his Rabelaisian spirit…immersed him into the gaieties and frivolities of the world.”