Some writers have so confounded society with government as to leave little or no distinction between them, whereas they are not only different but have different origins. Society is produced by our wants, and government by our wickedness; the former promotes our happiness positively by uniting our affections, the latter negatively by restraining our vices. The one encourages intercourse, the other creates distinctions. The first is a patron, the last a punisher.

Society in every state is a blessing, but government even in its best state is but a necessary evil—in its worst state an intolerable one—for when we suffer or are exposed to the same miseries by a government, which we might expect in a country without government, our calamities are heightened by reflecting that we furnish the means by which we suffer. Government, like dress, is the badge of lost innocence; the palaces of kings are built on the ruins of the bowers of paradise. For were the impulses of conscience clear, uniform, and irresistibly obeyed, man would need no other lawgiver; but that not being the case, he finds it necessary to surrender up a part of his property to furnish means for the protection of the rest; and this he is induced to do by the same prudence that in every other case advises him out of two evils to choose the least. Wherefore, security being the true design and end of government, it unanswerably follows that whatever form thereof appears most likely to ensure it to us, with the least expense and greatest benefit, is preferable to all others.

In order to gain a clear and just idea of the design and end of government, let us suppose a small number of persons settled in some sequestered part of the earth, unconnected with the rest: they will then represent the first peopling of any country, or of the world. In this state of natural liberty, society will be their first thought. A thousand motives will excite them thereto, the strength of one man is so unequal to his wants and his mind so unfitted for perpetual solitude that he is soon obliged to seek assistance and relief of another, who in his turn requires the same. Four or five united would be able to raise a tolerable dwelling in the midst of a wilderness, but one man might labor out the common period of life without accomplishing anything; when he had felled his timber, he could not remove it, nor erect it after it was removed; hunger in the meantime would urge him from his work, and every different want call him a different way. Disease, nay even misfortune, would be death, for though neither might be mortal, yet either would disable him from living, and reduce him to a state in which he might rather be said to perish than to die.

Thus necessity, like a gravitating power, would soon form our newly arrived emigrants into society, the reciprocal blessings of which would supersede and render the obligations of law and government unnecessary while they remained perfectly just to each other, but as nothing but heaven is impregnable to vice, it will unavoidably happen that in proportion, as they surmount the first difficulties of emigration, which bound them together in a common cause, they will begin to relax in their duty and attachment to each other; and this remissness will point out the necessity of establishing some form of government to supply the defect of moral virtue.

Whether for good or evil, it is sadly inevitable that all political leadership requires the artifices of theatrical illusion. In the politics of a democracy, the shortest distance between two points is often a crooked line.

Some convenient tree will afford them a statehouse under the branches of which the whole colony may assemble to deliberate on public matters. It is more than probable that their first laws will have the title only of Regulations, and be enforced by no other penalty than public disesteem. In this first parliament, every man by natural right will have a seat.

But as the colony increases, the public concerns will increase likewise, and the distance at which the members may be separated will render it too inconvenient for all of them to meet on every occasion as at first when their number was small, their habitations near, and the public concerns few and trifling. This will point out the convenience of their consenting to leave the legislative part to be managed by a select number chosen from the whole body, who are supposed to have the same concerns at stake which those have who appointed them, and who will act in the same manner as the whole body would act were they present. If the colony continues increasing, it will become necessary to augment the number of the representatives—and that the interest of every part of the colony may be attended to, it will be found best to divide the whole into convenient parts, each part sending its proper number; and that the elected might never form to themselves an interest separate from the electors, prudence will point out the propriety of having elections often; because as the elected might by that means return and mix again with the general body of the electors in a few months, their fidelity to the public will be secured by the prudent reflection of not making a rod for themselves. And as this frequent interchange will establish a common interest with every part of the community, they will mutually and naturally support each other, and on this (not on the unmeaning name of king) depends the strength of government, and the happiness of the governed.

Here then is the origin and rise of government, namely, a mode rendered necessary by the inability of moral virtue to govern the world; here too is the design and end of government, viz., freedom and security. And however our eyes may be dazzled with snow or our ears deceived by sound, however prejudice may warp our wills or interest darken our understanding, the simple voice of nature and of reason will say it is right.

From Common Sense. Born to a Quaker father and an Anglican mother in England in 1737, Paine in 1774 met Benjamin Franklin, who convinced the recently dismissed officer of the excise to move to America. Within fourteen months of his arrival, Paine published Common Sense, selling over 500,000 copies in a few months. The new Continental Congress soon appointed him secretary to its foreign affairs committee. Between 1791 and 1792, Paine published in two parts his defense of the French Revolution, Rights of Man. 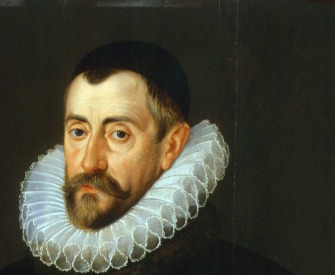 The statesman of today.More