There is a special type of philanthropy or benevolence, now widely advertised and advocated, both as a federal program and as worthy of private endowment, which strikes me as being more insidiously injurious than any other. This concerns itself directly with the function of maternity, and aims to supply gratis medical and nursing facilities to slum mothers.

Such women are to be visited by nurses and to receive instruction in the “hygiene of pregnancy”; to be guided in making arrangements for confinements; to be invited to come to the doctor’s clinics for examination and supervision. They are, we are informed, to “receive adequate care during pregnancy, at confinement, and for one month afterward.” Thus are mothers and babies to be saved. “Childbearing is to be made safe.” The work of the maternity centers in the various American cities in which they have already been established and in which they are supported by private contributions and endowment, it is hardly necessary to point out, is carried on among the poor and more docile sections of the city, among mothers least able, through poverty and ignorance, to afford the care and attention necessary for successful maternity. Now, as the findings of the British eugenists so conclusively show, and as the infant mortality reports so thoroughly substantiate, a high rate of fecundity is always associated with the direst poverty, irresponsibility, mental defect, feeblemindedness, and other transmissible taints. The effect of maternity endowments and maternity centers supported by private philanthropy would have, perhaps already have had, exactly the most dysgenic tendency. The new government program would facilitate the function of maternity among the very classes in which the absolute necessity is to discourage it. 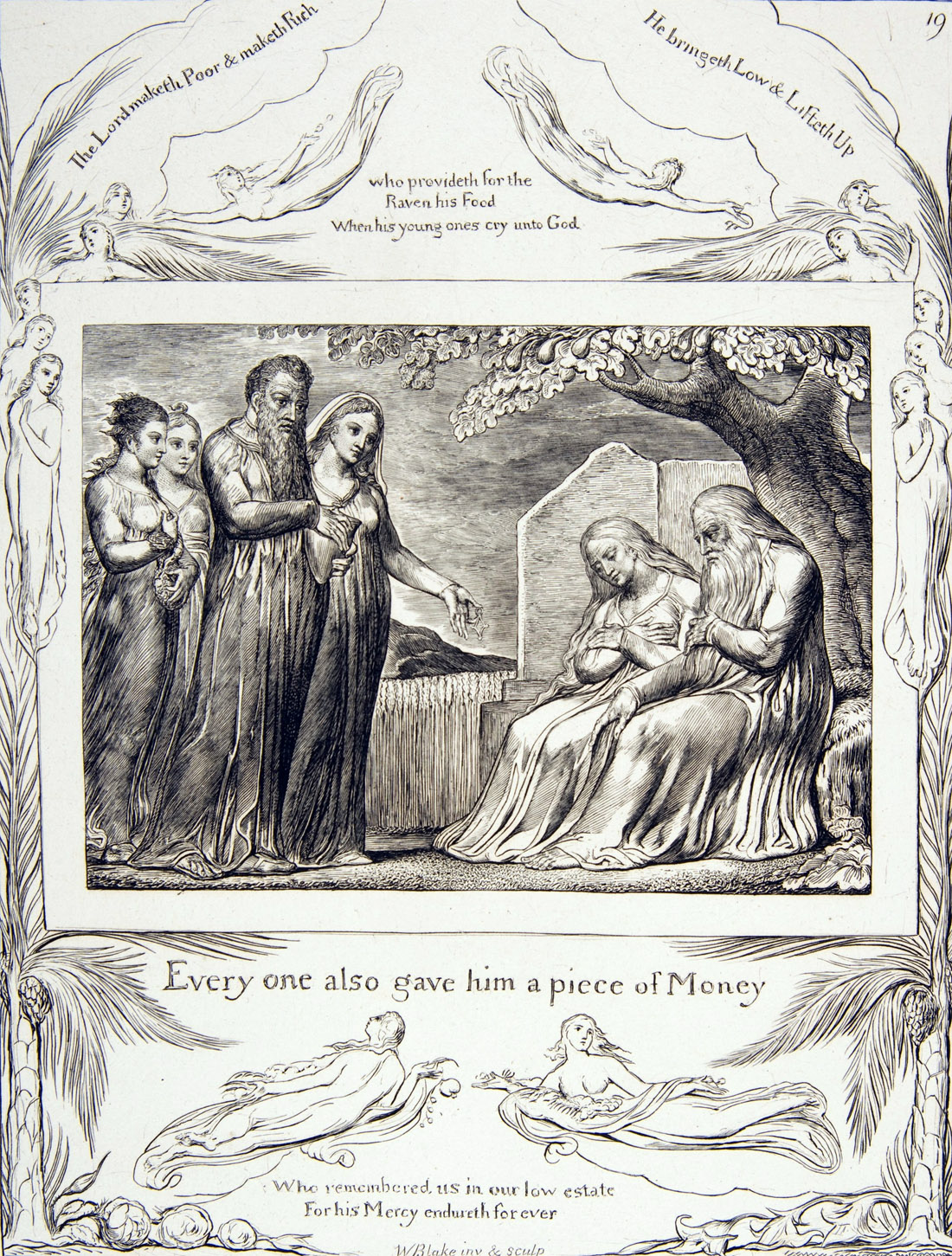 Job accepting Charity, from Illustrations of the Book of Job, by William Blake, c. 1825. The Metropolitan Museum of Art. Gift of Edward Bement, 1917.

Such “benevolence” is not merely superficial and nearsighted. It conceals a stupid cruelty, because it is not courageous enough to face unpleasant facts. Aside from the question of the unfitness of many women to become mothers, aside from the very definite deterioration in the human stock that such programs would inevitably hasten, we may question its value even to the normal though unfortunate mother. For it is never the intention of such philanthropy to give the poor, overburdened, and often undernourished mother of the slum the opportunity to make the choice herself, to decide whether she wishes time after time to bring children into the world. It merely says, “Increase and multiply: we are prepared to help you do this.” Whereas the great majority of mothers realize the grave responsibility they face in keeping alive and rearing the children they have already brought into the world, the maternity center would teach them how to have more. The poor woman is taught how to have her seventh child, when what she wants to know is how to avoid bringing into the world her eighth.

Such philanthropy is kind only to be cruel, and unwittingly promotes precisely the results most deprecated. It encourages the healthier and more normal sections of the world to shoulder the burden of unthinking and indiscriminate fecundity of others; which brings with it, as I think the reader must agree, a dead weight of human waste. Instead of decreasing and aiming to eliminate the stocks that are most detrimental to the future of the race and the world, it tends to render them to a menacing degree dominant.

If you would help another man, you must do so in minute particulars.

On the other hand, the program is an indication of a suddenly awakened public recognition of the shocking conditions surrounding pregnancy, maternity, and infant welfare prevailing at the very heart of our boasted civilization. So terrible, so unbelievable, are these conditions of childbearing, degraded far below the level of primitive and barbarian tribes, nay, even below the plane of brutes, that many high-minded people, confronted with such revolting and disgraceful facts, lose that calmness of vision and impartiality of judgment so necessary in any serious consideration of this vital problem. Their “hearts” are touched; they become hysterical; they demand immediate action; and enthusiastically and generously they support the first superficial program that is advanced. Immediate action may sometimes be worse than no action at all. The “warm heart” needs the balance of the cool head. Much harm has been done in the world by those too-good-hearted folk who have always demanded that “something be done at once.” They do not stop to consider that the very first thing to be done is to subject the whole situation to the deepest and most rigorous thinking.

From The Pivot of Civilization. Sanger was working as an obstetrical nurse in Manhattan slums during the 1910s when she began advocating for contraceptive education and a woman’s right to be “absolute mistress of her own body”; in 1921 she founded the organization that later became Planned Parenthood. Sanger criticized organized charities of the day for catering to “defectives, delinquents, and dependents” and argued that birth control—along with eugenics and restrictive immigration—would properly secure the future of “a greater American race.”

Horace’s ode to an aging woman.More