It may be asserted, without hesitation, that no event is so terribly well adapted to inspire the supremeness of bodily and of mental distress as is burial before death.

The unendurable oppression of the lungs—the stifling fumes from the damp earth—the rigid embrace of the narrow house—the blackness of the absolute Night—the silence like a sea that overwhelms—these things, with the thoughts of the air and grass above, with the memory of dear friends who would fly to save us if but informed of our fate, and with consciousness that of this fate they can never be informed—these considerations, I say, carry into the heart, which still palpitates, a degree of appalling and intolerable horror from which the most daring imagination must recoil. What I have now to tell is of my own actual knowledge—of my own positive and personal experience.

For several years I had been subject to attacks of the singular disorder which physicians have agreed to term catalepsy. Its variations seem to be chiefly of degree. Sometimes the patient lies, for a day only, or even for a shorter period, in a species of exaggerated lethargy. He is senseless and externally motionless; but the pulsation of the heart is still faintly perceptible, and upon application of a mirror to the lips, we can detect a torpid, unequal, and vacillating action of the lungs. Then again the duration of the trance is for weeks—even for months; while the closest scrutiny, and the most rigorous medical tests, fail to establish any material distinction between the state of the sufferer and what we conceive of absolute death.

Fear has a smell, as love does.

My own case differed in no important particular from those mentioned in medical books. Sometimes, without any apparent cause, I grew sick, and numb, and chilly, and dizzy, and so fell prostrate at once. Then, for weeks, all was void, and black, and silent, and Nothing became the universe. Total annihilation could be no more. From these attacks I awoke, however, with a gradation slow in proportion to the suddenness of the seizure. In all that I endured there was no physical suffering, but of moral distress an infinitude. My fancy grew charnel, I talked “of worms, of tombs, and epitaphs.” I was lost in reveries of death, and the idea of premature burial held continual possession of my brain.

Fantasies, presenting themselves at night, extended their terrific influence far into my waking hours. My nerves became thoroughly unstrung, and I fell a prey to perpetual horror. I hesitated to ride, or to walk, or to indulge in any exercise that would carry me from home. In fact, I no longer dared trust myself out of the immediate presence of those who were aware of my proneness to catalepsy, lest, falling into one of my usual fits, I should be buried before my real condition could be ascertained. I entered into a series of elaborate precautions. Among other things, I had the family vault so remodeled as to admit of being readily opened from within. The slightest pressure upon a long lever that extended far into the tomb would cause the iron portal to fly back. There were arrangements also for the free admission of air and light, and convenient receptacles for food and water, within immediate reach of the coffin intended for my reception. This coffin was warmly and softly padded, and was provided with a lid, fashioned upon the principle of the vault door, with the addition of springs so contrived that the feeblest movement of the body would be sufficient to set it at liberty. Besides all this, there was suspended from the roof of the tomb a large bell, the rope of which, it was designed, should extend through a hole in the coffin, and so be fastened to one of the hands of the corpse. But, alas! What avails the vigilance against the destiny of man? Not even these well-contrived securities sufficed to save from the uttermost agonies of living inhumation, a wretch to these agonies foredoomed! 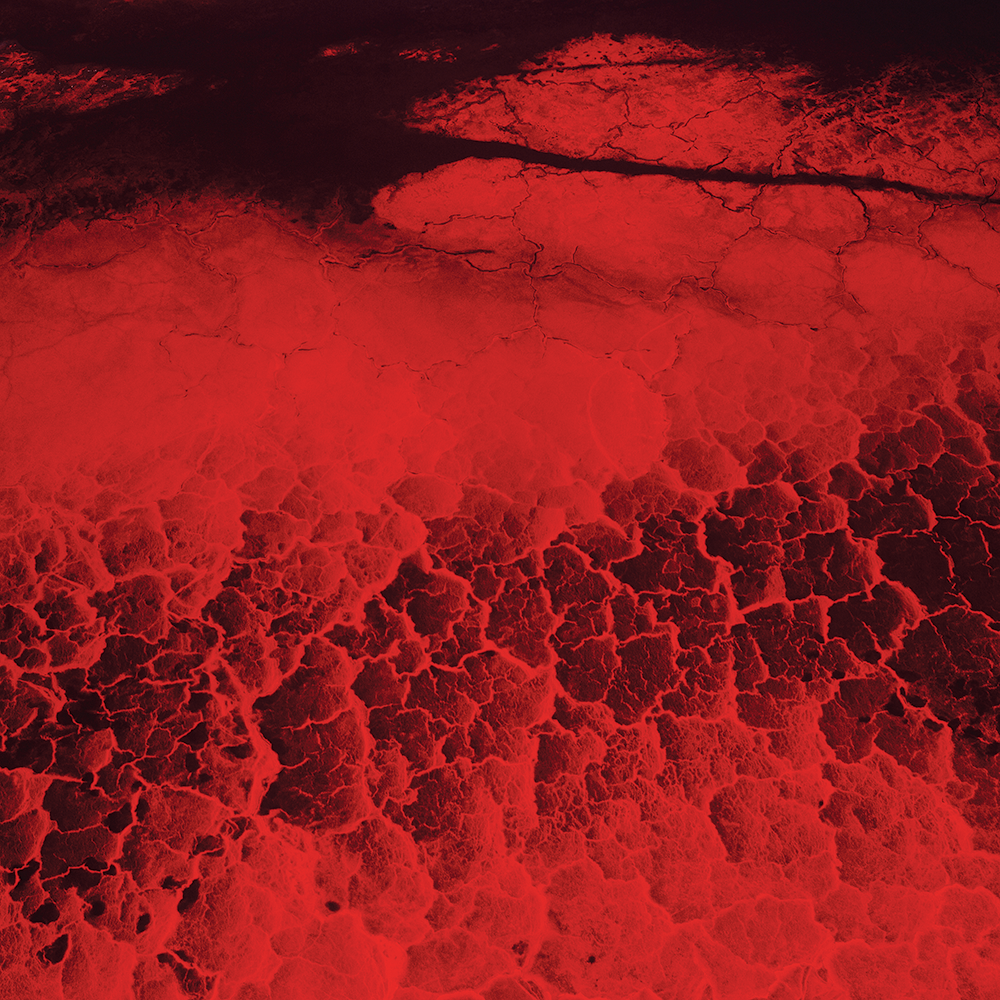 There arrived an epoch—as often before there had arrived—in which I found myself emerging from total unconsciousness into the first feeble and indefinite sense of existence. Slowly—with a tortoise gradation—approached the faint gray dawn of the psychal day. A torpid uneasiness. An apathetic endurance of dull pain. No care—no hope—no effort. Then, after a long interval, a ringing in the ears; then, after a lapse still longer, a prickling or tingling sensation in the extremities; then a seemingly eternal period of pleasurable quiescence, during which the awakening feelings are struggling into thought; then a brief resinking into nonentity; then a sudden recovery. At length the slight quivering of an eyelid, and immediately thereupon, an electric shock of a terror, deadly and indefinite, which sends the blood in torrents from the temples to the heart.

For some minutes I remained without motion. And why? I could not summon courage to move. I dared not make the effort which was to satisfy me of my fate—and yet there was something at my heart which whispered me it was sure. I knew that I had now fully recovered the use of my visual faculties—and yet it was dark—all dark—the intense and utter raylessness of the Night that endureth forevermore.

I endeavored to shriek; and my lips and my parched tongue moved convulsively together in the attempt—but no voice issued from the cavernous lungs, which, oppressed as if by the weight of some incumbent mountain, gasped and palpitated, with the heart, at every elaborate and struggling inspiration.

The movement of the jaws, in this effort to cry aloud, showed me that they were bound up, as is usual with the dead. I felt, too, that I lay upon some hard substance; and by something similar, my sides were also closely compressed. So far, I had not ventured to stir any of my limbs—but now I violently threw up my arms, which had been lying at length, with the wrists crossed. They struck a solid wooden substance, which extended above my person at an elevation of not more than six inches from my face. I could no longer doubt that I reposed within a coffin at last.

And now, amid all my infinite miseries, came sweetly the cherub Hope—for I thought of my precautions. I writhed and made spasmodic exertions to force open the lid: it would not move. I felt my wrists for the bell rope: it was not to be found. And now the Comforter fled forever, and a still sterner Despair reigned triumphant; for I could not help perceiving the absence of the paddings which I had so carefully prepared—and then, too, there came suddenly to my nostrils the strong peculiar odor of moist earth. The conclusion was irresistible. I was not within the vault. I had fallen into a trance while absent from home—while among strangers—when, or how, I could not remember—and it was they who had buried me as a dog—nailed up in some common coffin—and thrust deep, deep, and forever, into some ordinary and nameless grave.

As this awful conviction forced itself thus into the innermost chambers of my soul, I once again struggled to cry aloud. And in this second endeavor I succeeded. A long, wild, and continuous shriek, or yell of agony, resounded through the realms of the subterranean Night.

“What the devil’s the matter now?” said a second.

“What do you mean by yowling in that ere kind of style, like a cattymount?” said a fourth; and hereupon I was seized and shaken without ceremony, for several minutes, by a junto of very rough-looking individuals. They did not arouse me from my slumber—for I was wide awake when I screamed—but they restored me to the full possession of my memory.

I am a living symbol of the white man’s fear.

This adventure occurred near Richmond, in Virginia. Accompanied by a friend, I had proceeded, upon a gunning expedition, some miles down the banks of the James River. Night approached, and we were overtaken by a storm. The cabin of a small sloop lying at anchor in the stream, and laden with garden mold, afforded us the only available shelter. We made the best of it, and passed the night on board. I slept in one of the only two berths in the vessel—and the berths of a sloop of sixty or seventy tons need scarcely be described. That which I occupied had no bedding of any kind. Its extreme width was eighteen inches. The distance of its bottom from the deck overhead was precisely the same. I found it a matter of exceeding difficulty to squeeze myself in. Nevertheless, I slept soundly; and the whole of my vision—for it was no dream, and no nightmare—arose naturally from the circumstances of my position—from my ordinary bias of thought—and from the difficulty, to which I have alluded, of collecting my senses, and especially of regaining my mem­ory, for a long time after awaking from slumber. The men who shook me were the crew of the sloop and some laborers engaged to unload it. From the load itself came the earthly smell. The bandage about the jaws was a silk handkerchief in which I had bound up my head, in default of my customary nightcap.

The tortures endured, however, were indubitably quite equal for the time, to those of actual sepulture. They were fearfully—they were inconceivably hideous; but out of evil proceeded good; for their very excess wrought in my spirit an inevitable revulsion. My soul acquired tone—acquired temper. I went abroad. I took vigorous exercise. I breathed the free air of heaven. I thought upon other subjects than death. I discarded my medical books. “Buchan” I burned. I read no Night Thoughts—no fustian about churchyards—no bugaboo tales—such as this. In short, I became a new man, and lived a man’s life. From that memorable night, I dismissed forever my charnel apprehensions, and with them vanished the cataleptic disorder, of which, perhaps, they had been less the consequence than the cause.

From “The Premature Burial.” First published in Philadelphia’s Dollar Newspaper the year before Poe met with popular acclaim for his poem “The Raven,” this story played to widespread Victorian taphephobia (from taphos, Greek for “grave”)—a fear so pervasive that in 1896 an Association for the Prevention of Premature Burial was founded in London. In 1962 Roger Corman released a B-movie version of the story. A young Francis Ford Coppola worked as the film’s assistant director.