The doctor said they might as well face the facts; a scourge of influenza had broken out on board, of a peculiarly bloody and malignant type. Everybody was a little frightened. Some of the officers shut themselves up in the smoking room and drank whiskey and soda and played poker all day, as if they could keep contagion out.

Lieutenant Bird died late in the afternoon and was buried at sunrise the next day, sewed up in a tarpaulin with an eighteen-pound shell at his feet. The morning broke brilliantly clear and bitter cold. The sea was rolling blue walls of water, and the boat was raked by a wind as sharp as ice. Excepting those who were sick, the boys turned out to a man. It was the first burial at sea they had ever witnessed, and they couldn’t help finding it interesting. The chaplain read the burial service while they stood with uncovered heads. The Kansas band played a solemn march, the Swedish quartet sang a hymn. Many a man turned his face away when that brown sack was lowered into the cold, leaping indigo ridges that seemed so destitute of anything friendly to humankind. In a moment it was done, and they steamed on without him.

The glittering walls of water kept rolling in, indigo, purple, more brilliant than on the days of mild weather. The blinding sunlight did not temper the cold, which cut the face and made the lungs ache. Landsmen began to have that miserable sense of being where they were never meant to be. The boys lay in heaps on the deck, trying to keep warm by hugging each other close. Everybody was seasick. The sun poured over them like flame, without any comfort in it. The strong, curling, foam-crested waves threw off the light like millions of mirrors, and their color was almost more than the eye could bear. The water seemed denser than before, heavy like melted glass, and the foam on the edges of each blue ridge looked sharp as crystals. If a man should fall into them, he would be cut to pieces.

The whole ocean seemed suddenly to have come to life, the waves had a malignant, graceful, muscular energy, were animated by a kind of mocking cruelty. Only a few hours ago, a gentleboy had been thrown into that freezing water and forgotten. Yes, already forgotten; everyone had his own miseries to think about.

How sickness enlarges the dimension of a man’s self to himself! He is his own exclusive object.

Late in the afternoon the wind fell, and there was a sinister sunset. Across the red west a small, ragged black cloud hurried—then another, and another. They came up out of the sea—wild, witchlike shapes that traveled fast and met in the west as if summoned for an evil conclave. They hung there against the afterglow, distinct black shapes, drawing together, devising something. The few men who were left on deck felt that no good could come out of a sky like that. They wished they were at home, in France, anywhere but here.

The next morning Doctor Trueman asked Claude to help him at sick call. “I’ve got a bunch of sergeants taking temperatures, but it’s too much for one man to oversee. I don’t want to ask anything of those dude officers who sit in there playing poker all the time. Either they’ve got no conscience or they’re not awake to the gravity of the situation.”

The doctor stood on deck in his raincoat, his foot on the rail to keep his equilibrium, writing on his knee as the long string of men came up to him. There were more than seventy in the line that morning, and some of them looked as if they ought to be in a drier place. Rain beat down on the sea like lead bullets. The old Anchises floundered from one gray ridge to another, quite alone. Fog cut off the cheering sight of the sister ships. The doctor had to leave his post from time to time, when seasickness got the better of his will. Claude, at his elbow, was noting down names and temperatures.

When the medical inspection was over, Claude took the doctor down to see Fanning, who had been coughing and wheezing all night and hadn’t got out of his berth. The examination was short. The doctor knew what was the matter before he put the stethoscope on him. “It’s pneumonia, both lungs,” he said when they came out into the corridor. “I have one case in the hospital that will die before morning.”

“What can you do for him, doctor?”

“You see how I’m fixed; close onto two hundred men sick, and one doctor. The medical supplies are wholly inadequate. There’s not castor oil enough on this boat to keep the men clean inside. I’m using my own drugs, but they won’t last through an epidemic like this. I can’t do much for Lieutenant Fanning. You can, though, if you’ll give him the time. You can take better care of him right here than he could get in the hospital. We haven’t an empty bed there.” 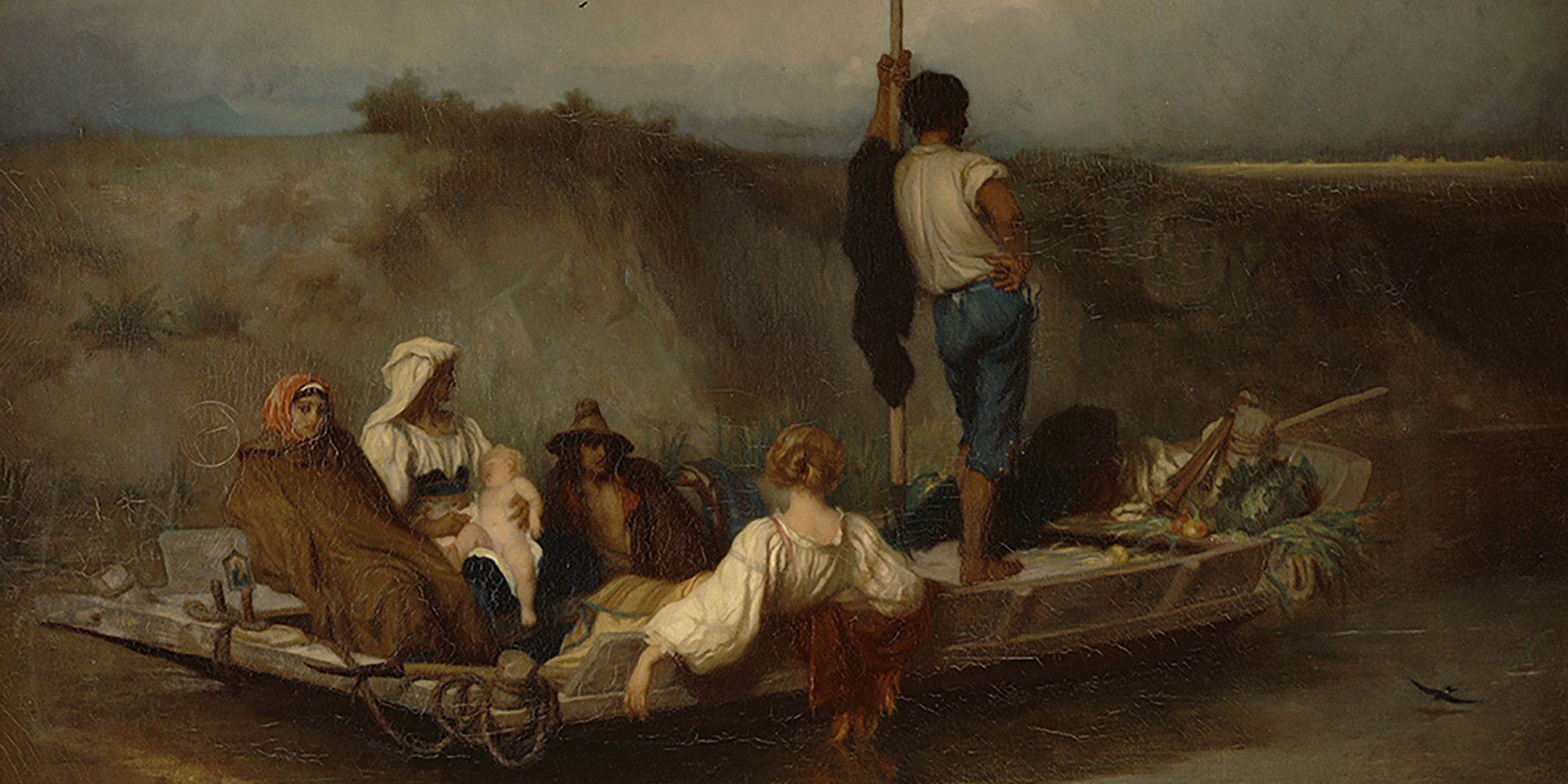 When Claude went to see his corporal, big Tannhauser did not recognize him. He was quite out of his head and was conversing with his own family in the language of his early childhood. The Kansas boys had singled him out for special attention. The mere fact that he kept talking in a tongue forbidden on the surface of the seas made him seem more friendless and alone than the others.

From the hospital Claude went down into the hold where half a dozen of his company were lying ill. The hold was damp and musty as an old cellar, so steeped in the smells and leakage of innumerable dirty cargoes that it could not be made or kept clean. There was almost no ventilation, and the air was fetid with sickness and sweat and vomit. Two of the band boys were working in the stench and dirt, helping the stewards. Claude stayed to lend a hand until it was time to give Fanning his nourishment. He began to see that the wristwatch, which he had hitherto despised as effeminate and had carried in his pocket, might be a very useful article. After he had made Fanning swallow his egg, he piled all the available blankets on him and opened the port to give the cabin an airing. While the fresh wind blew in, he sat down on the edge of his berth and tried to collect his wits. What had become of those first days of golden weather, leisure, and good comradeship? The band concerts, the first excitement and novelty of being at sea: all that had gone by like a dream.

Claude wondered how the doctor kept going. He knew he hadn’t had more than four hours’ sleep out of the last forty-eight, and he was not a man of rugged constitution. His bath steward was, as he said, his comfort. Hawkins was an old fellow who had held better positions on better boats—yes, in better times, too. He had first gone to sea as a bath steward, and now, through the fortunes of war, he had come back where he began—not a good place for an old man. His back was bent meekly, and he shuffled along with broken arches. He looked after the comfort of all the officers and attended the doctor like a valet, got out his clean linen, persuaded him to lie down and have a hot drink after his bath, stood on guard at his door to take messages for him in the short hours when he was resting.

At eleven o’clock one of the Kansas men came to tell Claude that his corporal was going fast. Big Tannhauser’s fever had left him, but so had everything else. He lay in a stupor. His congested eyeballs were rolled back in his head, and only the yellowish whites were visible. His mouth was open, and his tongue hung out at one side. From the end of the corridor, Claude had heard the frightful sounds that came from his throat, sounds like violent vomiting or the choking rattle of a man in strangulation—and, indeed, he was being strangled. One of the band boys brought Claude a camp chair and said kindly, “He doesn’t suffer. It’s mechanical now. He’d go easier if he hadn’t so much vitality. The doctor says he may have a few moments of consciousness just at the last, if you want to stay.”

After three o’clock the noise of struggle ceased; instantly the huge figure on the bed became again his good-natured corporal. The mouth closed, the glassy jellies were once more seeing, intelligent human eyes. The face lost its swollen, brutish look and was again the face of a friend. It was almost unbelievable that anything so far gone could come back. He looked up wistfully at his lieutenant as if to ask him something. His eyes filled with tears, and he turned his head away a little.

A few moments later he died in perfect dignity, not struggling under torture but consciously, it seemed to Claude—like a brave boy giving back what was not his to keep. 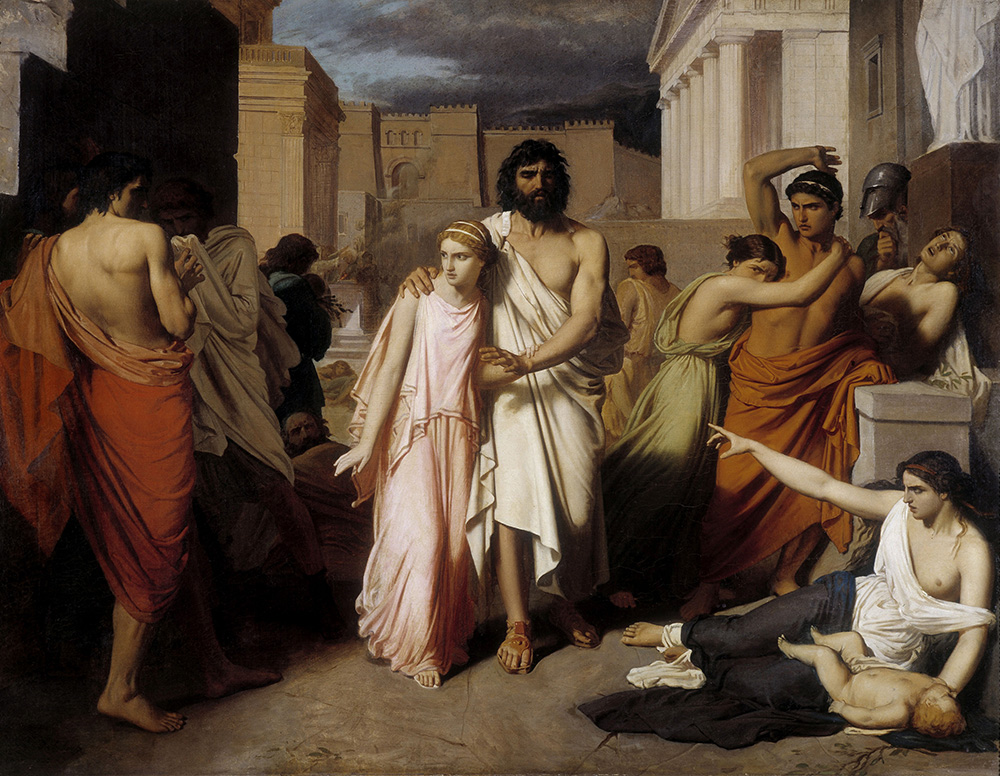 Corporal Tannhauser, along with four others, was buried at sunrise. No band this time; the chaplain was ill, so one of the young captains read the service. Claude stood by watching until the sailors shot one sack, longer by half a foot than the other four, into a lead-colored chasm in the sea. There was not even a splash. After breakfast one of the Kansas orderlies called him into a little cabin where they had prepared the dead men for burial. The army regulations minutely defined what was to be done with a deceased soldier’s effects. His uniform, shoes, blankets, arms, personal baggage, were all disposed of according to instructions. But in each case there was a residue; the dead man’s toothbrushes, his razors, and the photographs he carried upon his person. There they were in five pathetic little heaps; what should be done with them?

Claude took up the photographs that had belonged to his corporal; one was a fat, foolish-looking girl in a white dress that was too tight for her and a floppy hat, a little flag pinned on her plump bosom. The other was an old woman, seated, her hands crossed in her lap. Her thin hair was drawn back tight from a hard, angular face and her eyes squinted at the camera. She looked honest and stubborn and unconvinced, he thought, as if she did not in the least understand.

“I’ll take these,” he said. “And the others—just pitch them over, don’t you think?”

From One of Ours. Cather based this novel on the World War I experiences of a cousin who had died in battle in France in 1918. While writing it the following year, Cather came down with the flu. The doctor treating her, she learned, had served as a medical officer on a troop ship. He allowed her to read his diary, which proved a valuable source for the novel’s description of a flu outbreak at sea. Elsewhere in the work, the protagonist considers those who succumbed to the flu, destined to be forgotten for dying in a hospital rather than on the battlefield: “They were merely waste in a great enterprise, thrown overboard like rotten ropes.”