Having returned to Frankfurt from Leipzig University in 1768, Johann Wolfgang von Goethe began studying the alchemical writings of Paracelsus and Basil Valentine and performing experiments in his own laboratory. The poet, statesman, playwright, novelist, and scientist began his masterwork Faust around 1771, publishing Faust: A Fragment in 1790 and Faust: Part One eighteen years after that. 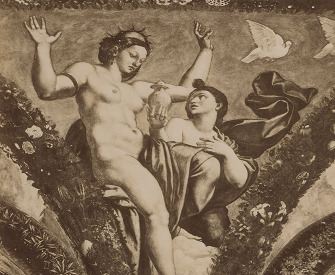 Posting updates for friends back home from a work retreat in Italy. More

Life’s no resting, but a moving.

I have learned much from disease which life could never have taught me anywhere else.

The world is for thousands a freak show; the images flicker past and vanish.

We are so constituted that we believe the most incredible things, and once they are engraved upon the memory, woe to him who would endeavor to erase them.

The deed is everything, the glory naught.

Falling for a natural beauty.More

Traveling is like gambling: it is ever connected with winning and losing, and generally where least expected we receive more or less than we hoped for.

Anyone who doesn’t know foreign languages knows nothing of his own.

The affairs of the world are no more than so much trickery, and a man who toils for money or honor or whatever else in deference to the wishes of others, rather than because his own desire or needs lead him to do so, will always be a fool.

A true German can’t stand the French, / Yet willingly he drinks their wines.