It is not possible to make a lasting compromise between technology and freedom, because technology is by far the more powerful social force and continually encroaches on freedom through repeated compromises.

Imagine the case of two neighbors, each of whom at the outset owns the same amount of land but one of whom is more powerful than the other. The powerful one demands a piece of the other’s land. The weak one refuses. The powerful one says, “Okay, let’s compromise. Give me half of what I asked.” The weak one has little choice but to give in. Sometime later the powerful neighbor demands another piece of land, again there is a compromise, and so forth. By forcing a long series of compromises on the weaker man, the powerful one eventually gets all of his land. So it goes in the conflict between technology and freedom.

A technological advance that appears not to threaten freedom often turns out to threaten it very seriously later on. For example, consider motorized transport. A walking man formerly could go where he pleased, go at his own pace without observing any traffic regulations, and was independent of technological support systems. When motor vehicles were introduced, they appeared to increase man’s freedom. They took no freedom away from the walking man, no one had to have an automobile if he didn’t want one, and anyone who did choose to buy an automobile could travel much faster and farther than a walking man. But the introduction of motorized transport soon changed society in such a way as to restrict greatly man’s freedom of locomotion. When automobiles became numerous, it became necessary to regulate their use extensively. In a car, especially in densely populated areas, one cannot just go where one likes at one’s own pace; one’s movement is governed by the flow of traffic and by various traffic laws. One is tied down by various obligations: license requirements, driver test, renewing registration, insurance, maintenance required for safety, monthly payments on purchase price. Moreover, the use of motorized transport is no longer optional. Since the introduction of motorized transport, the arrangement of our cities has changed in such a way that the majority of people no longer live within walking distance of their place of employment, shopping areas, and recreational opportunities, so that they have to depend on the automobile for transportation. Or else they must use public transportation, in which case they have even less control over their own movement than when driving a car. Even the walker’s freedom is now greatly restricted. In the city, he continually has to stop to wait for traffic lights that are designed mainly to serve auto traffic. In the country, motor traffic makes it dangerous and unpleasant to walk along the highway. Note this important point that we have just illustrated with the case of motorized transport: when a new item of technology is introduced as an option that an individual can accept or not as he chooses, it does not necessarily remain optional. In many cases the new technology changes society in such a way that people eventually find themselves forced to use it.

While technological progress as a whole continually narrows our sphere of freedom, each new technical advance considered by itself appears to be desirable. Electricity, indoor plumbing, rapid long-distance communications…how could one argue against any of these things, or against any other of the innumerable technical advances that have made modern society? It would have been absurd to resist the introduction of the telephone, for example. It offered many advantages and no disadvantages. Yet all these technical advances taken together have created a world in which the average man’s fate is no longer in his own hands or in the hands of his neighbors and friends but in those of politicians, corporation executives, and remote, anonymous technicians and bureaucrats whom he as an individual has no power to influence. The same process will continue in the future. Take genetic engineering, for example. Few people will resist the introduction of a genetic technique that eliminates a hereditary disease. It does no apparent harm and prevents much suffering. Yet a large number of genetic improvements taken together will make the human being into an engineered product rather than a free creation of chance (or of God or whatever, depending on your religious beliefs).

Inventor, n. A person who makes an ingenious arrangement of wheels, levers, and springs and believes it civilization.

Another reason why technology is such a powerful social force is that within the context of a given society, technological progress marches in only one direction; it can never be reversed. Once a technical innovation has been introduced, people usually become dependent on it, so that they can never again do without it, unless it is replaced by some still more advanced innovation. Not only do people become dependent as individuals on a new item of technology but, even more, the system as a whole becomes dependent on it. (Imagine what would happen to the system today if computers, for example, were eliminated.) Thus the system can move in only one direction, toward greater technologization. Technology repeatedly forces freedom to take a step back, but technology can never take a step back—short of the overthrow of the whole technological system.

Technology advances with great rapidity and threatens freedom at many different points at the same time (crowding, rules and regulations, increasing dependence of individuals on large organizations, propaganda and other psychological techniques, genetic engineering, invasion of privacy through surveillance devices and computers, etc.). To hold back any one of the threats to freedom would require a long and difficult social struggle. Those who want to protect freedom are overwhelmed by the sheer number of new attacks and the rapidity with which they develop; hence they become apathetic and no longer resist. To fight each of the threats separately would be futile. Success can be hoped for only by fighting the technological system as a whole; but that is revolution, not reform.

Technicians (we use this term in its broad sense to describe all those who perform a specialized task that requires training) tend to be so involved in their work (their surrogate activity) that when a conflict arises between their technical work and freedom, they almost always decide in favor of their technical work. This is obvious in the case of scientists, but it also appears elsewhere: educators, humanitarian groups, and conservation organizations do not hesitate to use propaganda or other psychological techniques to help them achieve their laudable ends. Corporations and government agencies, when they find it useful, do not hesitate to collect information about individuals without regard to their privacy. Law enforcement agencies are frequently inconvenienced by the constitutional rights of suspects and often of completely innocent persons, and they do whatever they can do legally (or sometimes illegally) to restrict or circumvent those rights. Most of these educators, government officials, and law officers believe in freedom, privacy, and constitutional rights, but when these conflict with their work, they usually feel that their work is more important. 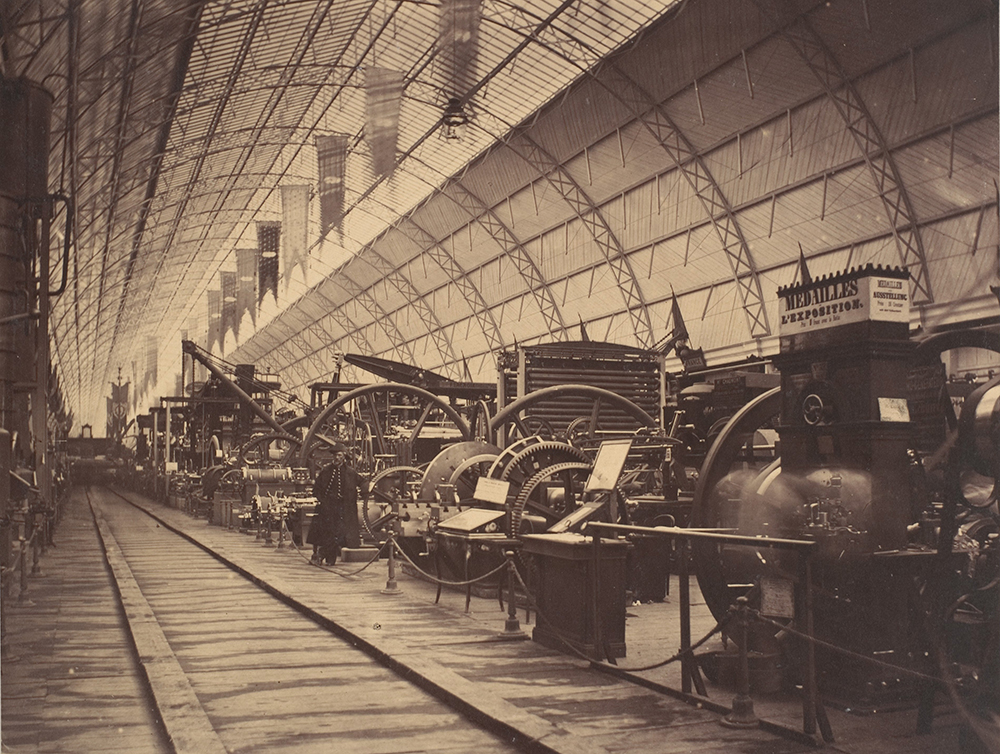 No social arrangements, whether laws, institutions, customs, or ethical codes, can provide permanent protection against technology. History shows that all social arrangements are transitory; they all change or break down eventually. But technological advances are permanent within the context of a given civilization. Suppose, for example, that it were possible to arrive at some social arrangements that would prevent genetic engineering from being applied to human beings, or prevent it from being applied in such a way as to threaten freedom and dignity. Still, the technology would remain waiting. Sooner or later the social arrangement would break down. Probably sooner, given the pace of change in our society. Then genetic engineering would begin to invade our sphere of freedom, and this invasion would be irreversible (short of a breakdown of technological civilization itself). Any illusions about achieving anything permanent through social arrangements should be dispelled by what is currently happening with environmental legislation. A few years ago, it seemed there were secure legal barriers preventing at least some of the worst forms of environmental degradation. A change in the political wind, and those barriers begin to crumble.

For all of the foregoing reasons, technology is a more powerful social force than the aspiration for freedom. But this statement requires an important qualification. It appears that during the next several decades, the industrial-technological system will be undergoing severe stresses due to economic and environmental problems, and especially due to problems of human behavior (alienation, rebellion, hostility, a variety of social and psychological difficulties). We hope that the stresses through which the system is likely to pass will cause it to break down, or at least will weaken it sufficiently so that a revolution against it becomes possible. If such a revolution occurs and is successful, then at that particular moment the aspiration for freedom will have proved more powerful than technology.

We above used an analogy of a weak neighbor who is left destitute by a strong neighbor who takes all his land by forcing on him a series of compromises. But suppose now that the strong neighbor gets sick, so that he is unable to defend himself. The weak neighbor can force the strong one to give him his land back, or he can kill him. If he lets the strong man survive and only forces him to give the land back, he is a fool, because when the strong man gets well, he will again take all the land for himself. The only sensible alternative for the weaker man is to kill the strong one while he has the chance. In the same way, while the industrial system is sick, we must destroy it. If we compromise with it and let it recover from its sickness, it will eventually wipe out all of our freedom.

From Industrial Society and Its Future. Also known as the Unabomber, the Harvard University–educated Kaczynski renounced modern society and in 1971 moved to a ten-by-twelve-foot cabin in Lincoln, Montana. From 1978 to 1995 he mailed at least sixteen bombs, which killed three people and injured twenty-three. Kaczynski sent this 35,000-word manifesto to the Washington Post and the New York Times, offering to end his bombing campaign if a major newspaper or magazine published it. Sentenced to four lifetimes in prison, he is incarcerated at the supermax prison in Florence, Colorado.