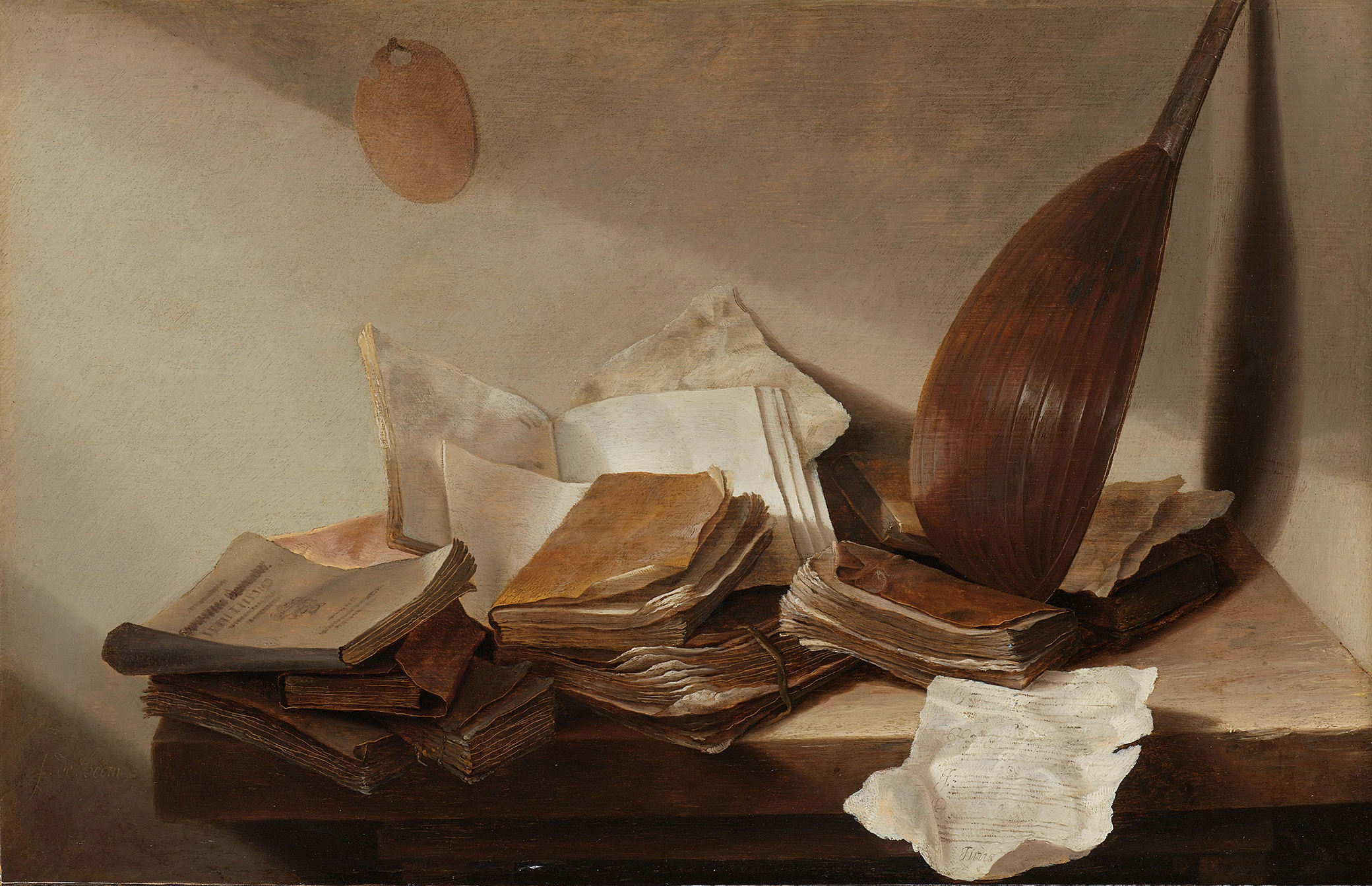 Sylvia Plath worried that she wasn’t reading fast enough. “I must go on reading and enjoying slowly, and not want to devour the University Library at one desperate gulp,” she wrote to her mother from Smith College in 1952. “Even if I read every hour from now till the end of the year I still would never be close to finishing the ever-expanding list of book ‘I must read!’” She told her mother the same thing four years later: “The pressure is constant, and I am surrounded with a pleasant torture: piles and piles of books, all of which I want so much to read; the pain is that no matter how solidly I work, I never will read enough, and I am always fighting to keep up.”

Here are some of the authors that Plath wrote about over the course of her thirty years.

In March 1959, Plath finished Tolkien’s The Lord of the Rings. She “was immensely moved by it,” she told fellow poet Lynne Lawner. The Hobbit, she wrote, “started off the cast of characters that moves, enlarges, and immensifies in these books: I confess it moves me more than the Odyssey, or, for that matter, any epic I can think of at the moment.”

In October 1960, she told her mother that her birthday that year might have been her best ever. She received a pair of red slippers lined in wool, plastic overshoes (two pairs, one for heels), pink champagne, and a chicken pie. She also received a new edition of The Lord of the Rings for her and her daughter to read together, and “three wonderful slabs of strange cheeses for us to test. A gooey ripe brie, a superbly moldy blue stilton & a fat round Wensleydale in a cloth sack all its own.” 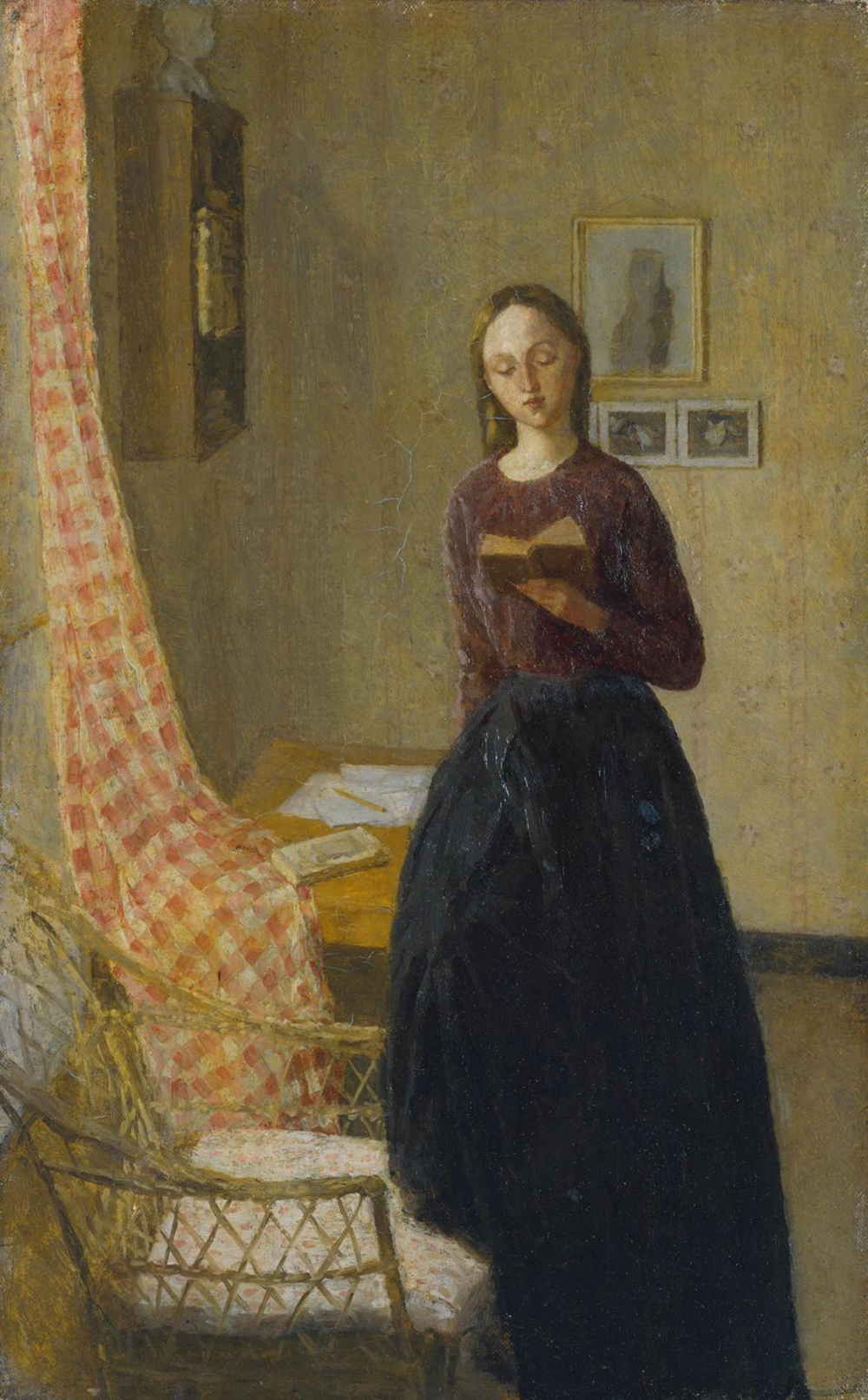 Plath’s favorite authors changed around the edges over the years, a new one appearing or disappearing while a core remained to hold her view of the world and its art semi-stable.

In 1957, she told her brother, “I don’t like talking about D.H. Lawrence and about critics’ views of him. I like reading him selfishly, for an influence on my own life & my own writing.”

When describing her mentors in a 1958 letter to Lawner, Plath wrote that she was “ensconced between or among Henry James, Virginia Woolf (who palls, who never, I think, writes more than about tremulous party-dress emotions, except in the odd Mrs. Ramsey—& who is, amazingly often awkward & lumbering in her descriptions) and D.H. Lawrence.”

“Today,” she wrote in her journal on February 23, 1958, “from coffee till teatime at six, I read Lady Chatterley’s Lover, drawn back again with the joy of a woman living with her own gamekeeper, and Women in Love & Sons & Lovers. Love, love: why do I feel I would have known & loved Lawrence—how many women must feel this & be wrong!”

A few years earlier, that list of favorite authors was a bit different, although Virginia Woolf was always a constant. In 1950, the college student told another writer,

I never thought much about style, but I am influenced, naturally, by the authors I read. For instance, there was a time when Edna St. Vincent Millay seemed to voice all my agony and joy of adolescence. And then Sinclair Lewis dawned on my horizons, and then Stephen Vincent Benét. And Virginia Woolf. I guess it’s like that with everybody—the thrill of “discovering” a new writer.

The author often lurked in the background of her letters, like one to her mother in 1957, when she was doing the dishes, writing thank-you notes, and reading Woolf. “I feel very akin to her,” she wrote her mother in a letter in March 1957 while reading A Writer’s Diary, “although my book reads more like a slick best-seller than anything. Her moods & neuroses are amazing. You must read this diary. Most illuminating.”

“Why did Virginia Woolf commit suicide?” she wrote in her journal in November 1952.

Or Sara Teasdale—or the other brilliant women—neurotic? Was their writing sublimation (oh horrible word) of deep, basic desires? If only I knew.

April 22, 1958, was a “day of misery”—The New Yorker had rejected a bunch of her poems, and she got no work done. Instead she baked a chocolate cake and finished What Maisie Knew:

ironically, Henry James’ biography comforts me & I long to make known to him his posthumous reputation—he wrote, in pain, gave all his life (which is more than I could think of doing—I have Ted, will have children—but few friends) & the critics insulted & mocked him, readers didn't read him. I am made, crudely, for success. Does failure whet my blade?

Six days later, Ted Hughes was eating lots of steak and writing poems about “a pig, a cat & mouse, and a cat-o’-nine-tails,” while Plath was “staying in bed cozily reading poems & Henry James.” Four years earlier, her April had been spent “devoted to the sun cult, picnics in country and park, reading James on sunroof, taking on tan with tolstoi.” 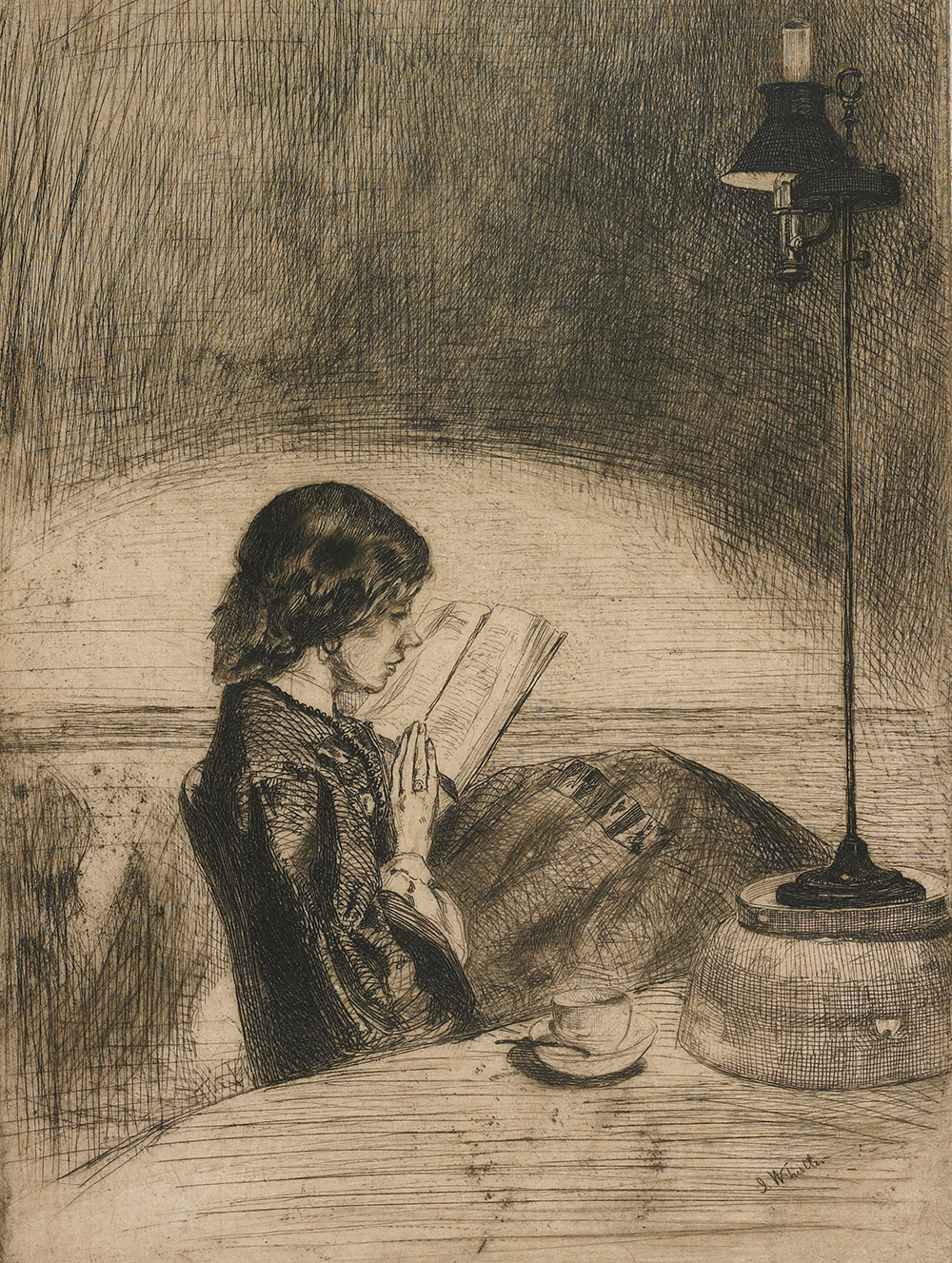 Plath wrote her college thesis on Dostoevsky’s The Double, a novella about a man at odds with his doppelgänger. “Dostoevsky, who is to me in intellectual writing what Dylan is to me in emotional lyricizing,” she told a boyfriend in March 1954. “I’ll never get over the experience of reading The Idiot and Brothers Karamazov and fear that I shall walk around carrying the much-underlined books in a small satchel and quoting voluminously from them at the slightest provocation.”

On March 16, 1952, Plath did a very college-aged thing: she read Hemingway out loud with her boyfriend for seven hours, without ever stopping to eat.

In a letter to Professor Melvin Woody in July 1954, she offered a quick review of The Sun Also Rises:

Except for the bullfighting and fishing episodes, I find [it] different from the avalanche of sexily covered hardtalking paperbound books only because of the name hemingway on the cover…his short stories, esp. “hills like white elephants” and “the snows” are muchly superior to his novels, I think.

Sylvia Plath on The Great Gatsby, in brief, from the same letter to Woody:

there is miraculously no one like fitzgerald for describing the atmosphere of a cocktail party…no, not even eliot! 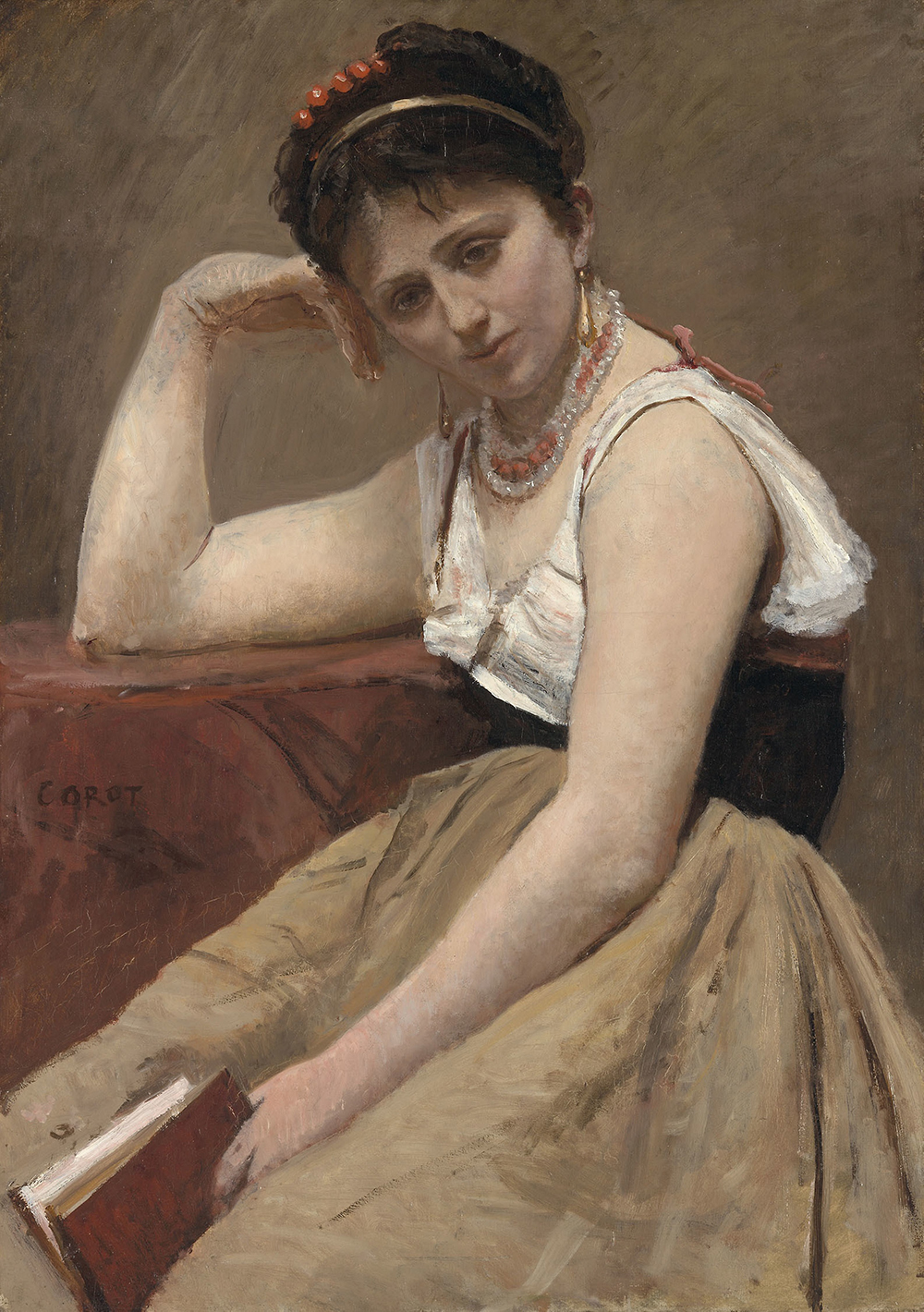 “I will enjoy rereading Chaucer at my leisure this summer,” Plath wrote to her mother in November 1952, “and later in life, I think…he is the most rich and rewarding of writers.”

In October 1956, she told Hughes, “I must keep a hard head, not panicking at the seemingly endless stacks of reading. I will read all Chaucer, old and new, aloud in the evenings, saving my favorite reading for evening and doing drudgery in the afternoon.”

Some advice: if you are going to read both of Tolstoy’s most famous novels, perhaps give yourself some space to breathe. As Plath told a friend in May 1954:

It is psychologically difficult to finish War & Peace in the middle of the afternoon and instead of going on a fine, stellar, wine-cellar binge, to pick up 950 pages of microscopically printed Anna Karenina, and proceed without even a coffee break.

“Heard rumors yesterday that j.d. salinger is supposed to be in a mental hospital,” Plath wrote to Hughes in October 1956.

I feel very strangely about him for some reason; I am sure insanity is the most necessary state of a fine artist—that “divine madness” where the terror & piercing insights he has daily are not locked in retreat or raving but made into works of art; a kind of flickering wild light of susceptibility playing over psychic states which, if frozen, become intolerable and result in madness. I wish I knew more about j.d. salinger.

Plath’s work often appeared in The New Yorker, but it was often rejected by the magazine, too. Regardless, the former guest editor of Mademoiselle and tireless contributor of poems often read the magazine.

“Last night,” she wrote to Hughes in October 1958, “I read a long involved Jean Stafford story in The New Yorker and had one of my apocalyptic visions: someday, I will be a rather damn good woman writer. Suddenly, I feel this queer sense that, in time, I can surpass her, and Even Eudora.”