It happened on one feast day that I went to the palace after dinner, and when I reached the clock room, I saw the door of the wardrobe standing open. As I drew nigh it, the duke called me, and after a friendly greeting said, “You are welcome! Look at that box which has been sent me by my lord Stefano of Palestrina. Open it and let us see what it contains.”

When I had opened the box, I cried to the duke, “My lord, this is a statue in Greek marble, and it is a miracle of beauty. I must say that I have never seen a boy’s figure so excellently wrought and in so fine a style among all the antiques I have inspected. If Your Excellency permits, I should like to restore it—head and arms and feet. I will add an eagle, in order that we may christen the lad Ganymede. It is certainly not my business to patch up statues, that being the trade of botchers, who do it in all conscience villainously ill. Yet the art displayed by this great master of antiquity cries out to me to help him.”

The duke was highly delighted to find the statue so beautiful, and put me a multitude of questions, saying, “Tell me, Benvenuto, minutely, in what consists the skill of this old master, which so excites your admiration.”

I then attempted, as well as I was able, to explain the beauty of workmanship, the consummate science, and the rare manner displayed by the fragment. I spoke long upon these topics, and with the greater pleasure because I saw that His Excellency was deeply interested.

With the dead there is no rivalry.

While I was thus pleasantly engaged in entertaining the duke, a page happened to leave the wardrobe, and at the same moment Baccio Bandinelli entered. When the duke saw him, his countenance contracted, and he asked him dryly, “What are you about here?”

Bandinelli, without answering, cast a glance upon the box, where the statue lay uncovered. Then breaking into one of his malignant laughs and wagging his head, he turned to the duke and said, “My lord, this exactly illustrates the truth of what I have so often told Your Excellency. You must know that the ancients were wholly ignorant of anatomy, and therefore their works abound in mistakes.”

I kept silence and paid no heed to what he was saying; nay, indeed, I had turned my back on him. But when the brute had brought his disagreeable babble to an end, the duke exclaimed, “Oh, Benvenuto, this is the exact opposite of what you were just now demonstrating with so many excellent arguments. Come and speak a word in defense of the statue.”

In reply to this appeal, so kindly made me by the duke, I spoke as follows: “My lord, Your Excellency must please to know that Baccio Bandinelli is made up of everything bad, and thus has he ever been. Therefore, whatever he looks at, be the thing superlatively excellent, becomes in his ungracious eyes as bad as can be. I, who incline to the good only, discern the truth with purer senses. Consequently, what I told Your Excellency about this lovely statue is mere simple truth, whereas what Bandinelli said is but a portion of the evil out of which he is composed.”

The duke listened with much amusement, but Bandinelli writhed and made the most ugly faces—his face itself being by nature hideous beyond measure—which could be imagined by the mind of man. 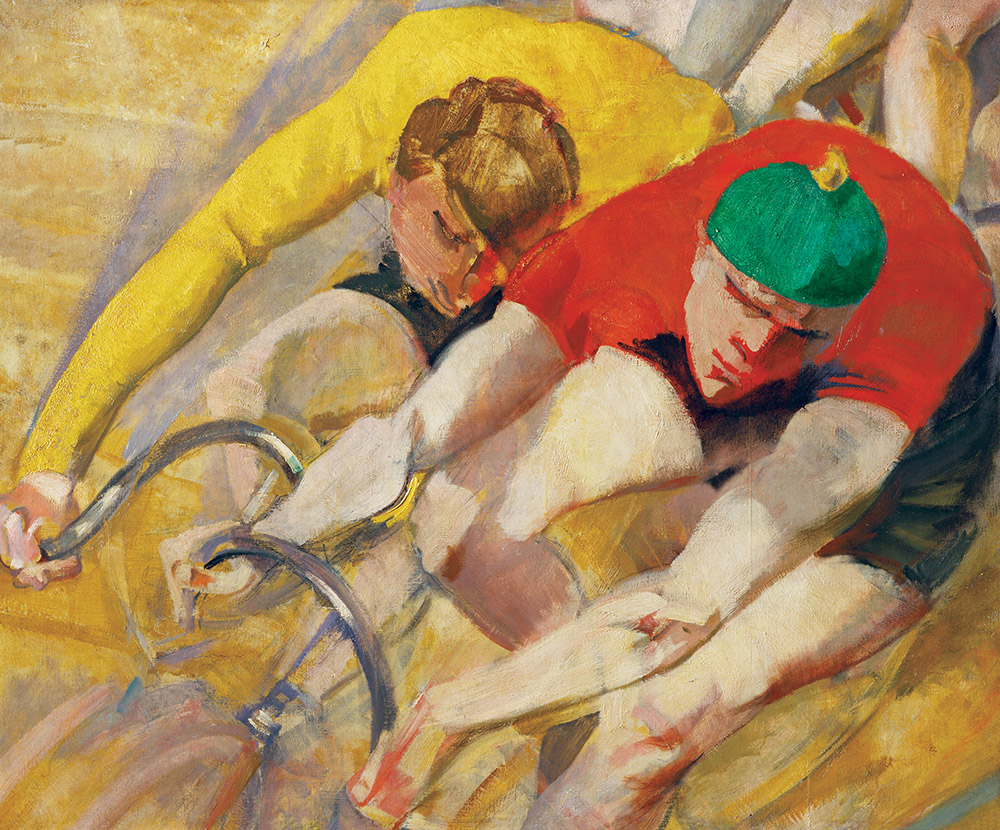 The duke at this point moved away and proceeded through some ground-floor rooms, while Bandinelli followed. The chamberlains twitched me by the mantle and sent me after; so we all attended the duke until he reached a certain chamber, where he seated himself, with Bandinelli and me standing at his right hand and his left. I kept silent, and the gentlemen of His Excellency’s suite looked hard at Bandinelli, tittering among themselves about the speech I had made in the room above. So then Bandinelli began again to chatter and cried out, “Prince, when I uncovered my statue of Hercules and Cacus, I verily believe a hundred sonnets were written on me full of the worst abuse that could be invented by the ignorant rabble.”

I rejoined, “Prince, when Michelangelo Buonarroti displayed his sacristy to view, with so many fine statues in it, the men of talent in our admirable school of Florence, always appreciative of truth and goodness, published more than a hundred sonnets, each vying with his neighbor to extol these masterpieces to the skies. So then, just as Bandinelli’s work deserved all the evil that he tells us was then said about it, Buonarroti’s deserved the enthusiastic praise that was bestowed upon it.”

These words of mine made Bandinelli burst with fury; he turned on me and cried, “And you, what have you got to say against my work?”

“I will tell you if you have the patience to hear me out.”

“Go along then,” he replied.

The duke and his attendants prepared themselves to listen.

I began and opened my oration thus: “You must know that it pains me to point out the faults of your statue. I shall not, however, utter my own sentiments but shall recapitulate what our most virtuous school of Florence says about it.”

With the dead there is no rivalry.

The brutal fellow kept making disagreeable remarks and gesticulating with his hands and feet until he enraged me so that I began again and spoke far more rudely than I would have done if he had behaved with decency.

“Well, then, this virtuous school says that if one were to shave the hair of your Hercules, there would not be skull enough left to hold his brain. It says that it is impossible to distinguish whether his features are those of a man or of something between a lion and an ox. The face, too, is turned away from the action of the figure, and is so badly set upon the neck, with such poverty of art and so ill a grace, that nothing worse was ever seen. His sprawling shoulders are like the two pommels of an ass’ packsaddle. His breasts and all the muscles of the body are not portrayed from a man but from a big sack full of melons set upright against a wall. The loins seem to be modeled from a bag of lanky pumpkins. Nobody can tell how his two legs are attached to that vile trunk. It is impossible to say on which leg he stands, or which he uses to exert his strength. Nor does he seem to be resting upon both, as sculptors who know something of their art have occasionally set the figure. It is obvious that the body is leaning forward more than one-third of a cubit, which alone is the greatest and most insupportable fault committed by vulgar, commonplace pretenders. Concerning the arms, they say that these are both stretched out without one touch of grace or one real spark of artistic talents, just as if you had never seen a naked model. Again, the right leg of Hercules and that of Cacus have got one mass of flesh between them, so that if they were to be separated, not only one of them, but both together, would be left without a calf at the point where they are touching. They say, too, that Hercules has one of his feet underground, while the other seems to be resting on hot coals.”

The fellow could not stand quiet to hear the damning errors of his Cacus in their turn enumerated. For one thing, I was telling the truth; for another, I was unmasking him to the duke and all the people present, who showed by face and gesture first their surprise, and next their conviction that what I said was true.

From his Life. After being condemned to death for fighting in 1523, the Florentine sculptor fled to Rome, where he helped defend the city during the sack of 1527 and bragged of shooting the constable of Bourbon and the Prince of Orange. This account of the artist’s life was first printed in Italy in 1728. So influential were his vituperative attacks on his rival—whom Giorgio Vasari also derided in his Lives of the Artists—that Bandinelli fell widely out of favor and did not thereafter have a monographic exhibition devoted to him until 2014.