Our lives no longer feel ground under them.
At ten paces you can’t hear our words.

But whenever there’s a snatch of talk
it turns to the Kremlin mountaineer,

the ten thick worms his fingers,
his words like measures of weight,

the huge laughing cockroaches on his top lip,
the glitter of his boot rims.

Ringed with a scum of chicken-necked bosses
he toys with the tributes of half-men.

One whistles, another meows, a third snivels.
He pokes out his finger and he alone goes boom.

He forges decrees in a line like horseshoes,
One for the groin, one the forehead, temple, eye.

He rolls the executions on his tongue like berries.
He wishes he could hug them like big friends from home.

© 1973 by Clarence Brown and W. S. Merwin. Used with permission of The Wylie Agency.

“The Stalin Epigram.” Born the son of a Jewish leather merchant and an accomplished pianist in 1891, Mandelstam published his first book of poems, Stone, in 1913, around the same time that he and Anna Akhmatova became associated with the Acmeist school of poetry. On May 13, 1934, the Soviet secret police seized him and searched his apartment—it is believed they were looking for this poem—and he was sentenced to three years’ exile in the Urals. He was arrested again in 1938; authorities reported his death at the end of that year. 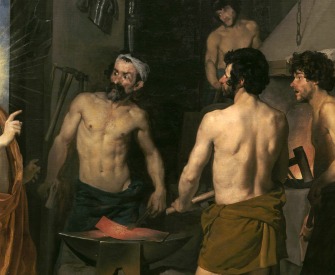