The lake at last—a sheet of shining metal brooded over by drooping trees. Charity and Harney had secured a boat, and getting away from the wharves and the refreshment booths, they drifted idly along, hugging the shadow of the shore. Where the sun struck the water, its shafts flamed back blindingly at the heat-veiled sky; and the least shade was black by contrast. The lake was so smooth that the reflection of the trees on its edge seemed enameled on a solid surface; but gradually, as the sun declined, the water grew transparent, and Charity, leaning over, plunged her fascinated gaze into depths so clear that she saw the inverted treetops interwoven with the green growths of the bottom.

They rounded a point at the farther end of the lake and, entering an inlet, pushed their bow against a protruding tree trunk. A green veil of willows overhung them. Beyond the trees, wheat fields sparkled in the sun; and all along the horizon, the clear hills throbbed with light. Charity leaned back in the stern, and Harney unshipped the oars and lay in the bottom of the boat without speaking.

She was still thinking of the ten dollars he had handed to the driver of the runabout. It had given them twenty minutes of pleasure, and it seemed unimaginable that anyone should be able to buy amusement at that rate. With ten dollars he might have bought her an engagement ring; she knew that Mrs. Tom Fry’s, which came from Springfield and had a diamond in it, had cost only $8.75. But she did not know why the thought had occurred to her. Harney would never buy her an engagement ring: they were friends and comrades, but no more. He had been perfectly fair to her: he had never said a word to mislead her. She wondered what the girl was like whose hand was waiting for his ring…

Boats were beginning to thicken on the lake, and the clang of incessantly arriving trolleys announced the return of the crowds from the ball field. The shadows lengthened across the pearl-gray water, and two white clouds near the sun were turning golden. On the opposite shore, men were hammering hastily at a wooden scaffolding in a field. Charity asked what it was for.

“Why, the fireworks. I suppose there’ll be a big show.” Harney looked at her and a smile crept into his moody eyes. “Have you never seen any good fireworks?”

“Miss Hatchard always sends up lovely rockets on the Fourth,” she answered doubtfully.

“Oh—” his contempt was unbounded. “I mean a big performance like this, illuminated boats, and all the rest.”

She flushed at the picture. “Do they send them up from the lake, too?”

“Rather. Didn’t you notice that big raft we passed? It’s wonderful to see the rockets completing their orbits down under one’s feet.” She said nothing, and he put the oars into the rowlocks. “If we stay we’d better go and pick up something to eat.”

“But how can we get back afterward?” she ventured, feeling it would break her heart if she missed it.

The day unravels what the night has woven.

He consulted a timetable, found a ten o’clock train, and reassured her. “The moon rises so late that it will be dark by eight, and we’ll have over an hour of it.”

Twilight fell and lights began to show along the shore. The trolleys roaring out from Nettleton became great luminous serpents coiling in and out among the trees. The wooden eating houses at the lake’s edge danced with lanterns, and the dusk echoed with laughter and shouts and the clumsy splashing of oars.

Harney and Charity had found a table in the corner of a balcony built over the lake, and were patiently awaiting an unattainable chowder. Close under them the water lapped the piles, agitated by the evolutions of a little white steamboat trellised with colored globes which was to run passengers up and down the lake. It was already black with them as it sheered off on its first trip.

Presently, there was a soft rush through the air, and a shower of silver fell from the blue evening sky. In another direction, pale Roman candles shot up singly through the trees, and a fire-haired rocket swept the horizon like a portent. Between these intermittent flashes, the velvet curtains of the darkness were descending, and in the intervals of eclipse, the voices of the crowds seemed to sink to smothered murmurs.

Charity and Harney, dispossessed by newcomers, were at length obliged to give up their table and struggle through the throng about the boat landings. For a while there seemed no escape from the tide of late arrivals; but finally Harney secured the last two places on the stand from which the more privileged were to see the fireworks. The seats were at the end of a row, one above the other. Charity had taken off her hat to have an uninterrupted view; and whenever she leaned back to follow the curve of some disheveled rocket, she could feel Harney’s knees against her head.

After a while the scattered fireworks ceased. A longer interval of darkness followed, and then the whole night broke into flower. From every point of the horizon, gold and silver arches sprang up and crossed each other, sky orchards broke into blossom, shed their flaming petals, and hung their branches with golden fruit; and all the while the air was filled with a soft supernatural hum, as though great birds were building their nests in those invisible treetops. 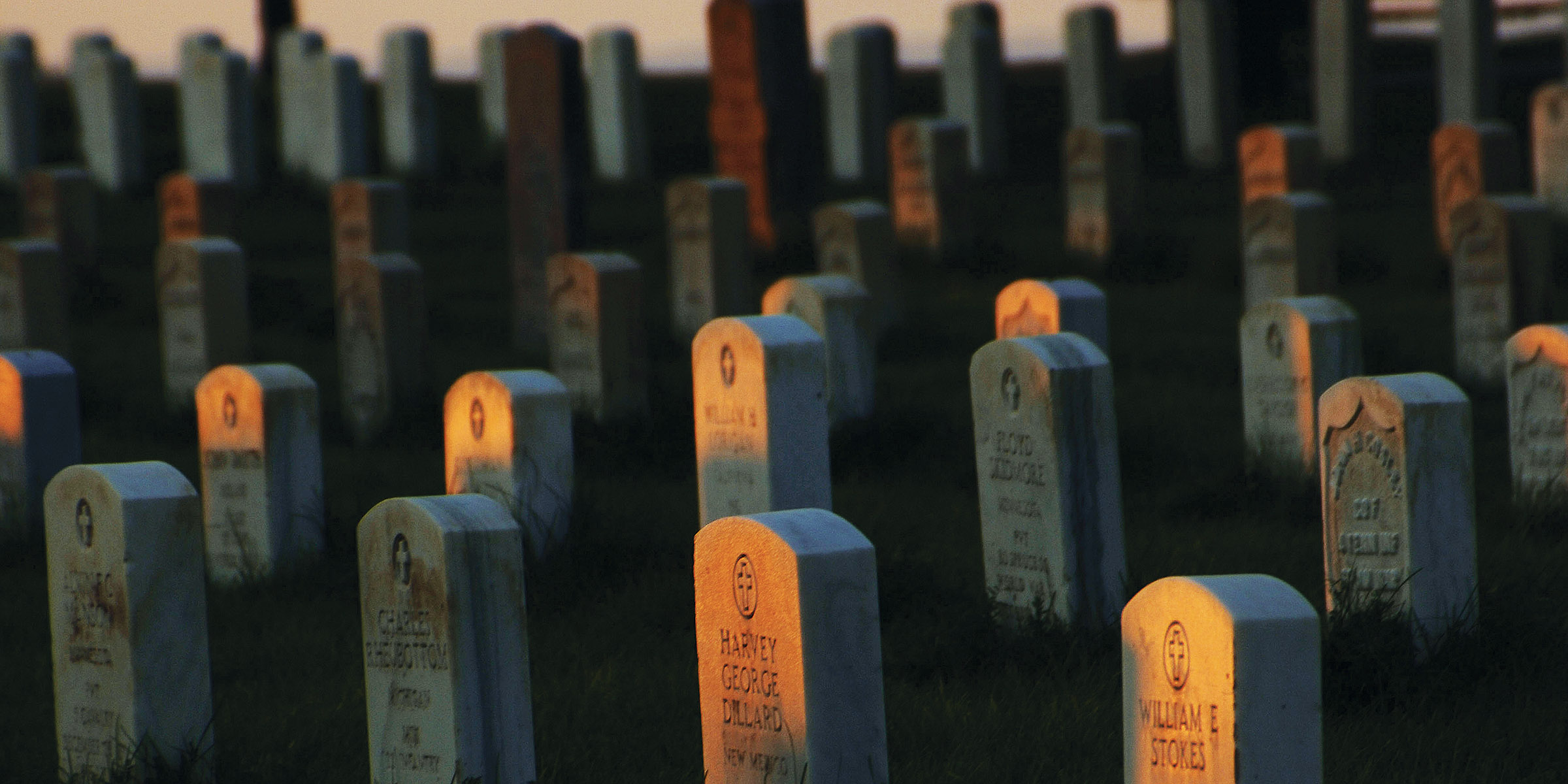 Now and then there came a lull, and a wave of moonlight swept the lake. In a flash it revealed hundreds of boats, steel-dark against lustrous ripples; then it withdrew as if with a furling of vast translucent wings. Charity’s heart throbbed with delight. It was as if all the latent beauty of things had been unveiled to her. She could not imagine that the world held anything more wonderful; but near her she heard someone say, “You wait till you see the set piece,” and instantly her hopes took a fresh flight. At last, just as it was beginning to seem as though the whole arch of the sky were one great lid pressed against her dazzled eyeballs, and striking out of them continuous jets of jeweled light, the velvet darkness settled down again, and a murmur of expectation ran through the crowd.

“Now—now!” the same voice said excitedly; and Charity, grasping the hat on her knee, crushed it tight in the effort to restrain her rapture.

For a moment the night seemed to grow more impenetrably black; then a great picture stood out against it like a constellation. It was surmounted by a golden scroll bearing the inscription “Washington crossing the Delaware,” and across a flood of motionless golden ripples, the national hero passed, erect, solemn, and gigantic, standing with folded arms in the stern of a slowly moving golden boat.

A long “Oh-h-h” burst from the spectators; the stand creaked and shook with their blissful trepidations. “Oh-h-h,” Charity gasped: she had forgotten where she was, had at last forgotten even Harney’s nearness. She seemed to have been caught up into the stars…

The picture vanished and darkness came down. In the obscurity she felt her head clasped by two hands: her face was drawn backward, and Harney’s lips were pressed on hers. With sudden vehemence he wound his arms about her, holding her head against his breast while she gave him back his kisses. An unknown Harney had revealed himself, a Harney who dominated her and yet over whom she felt herself possessed of a new mysterious power. 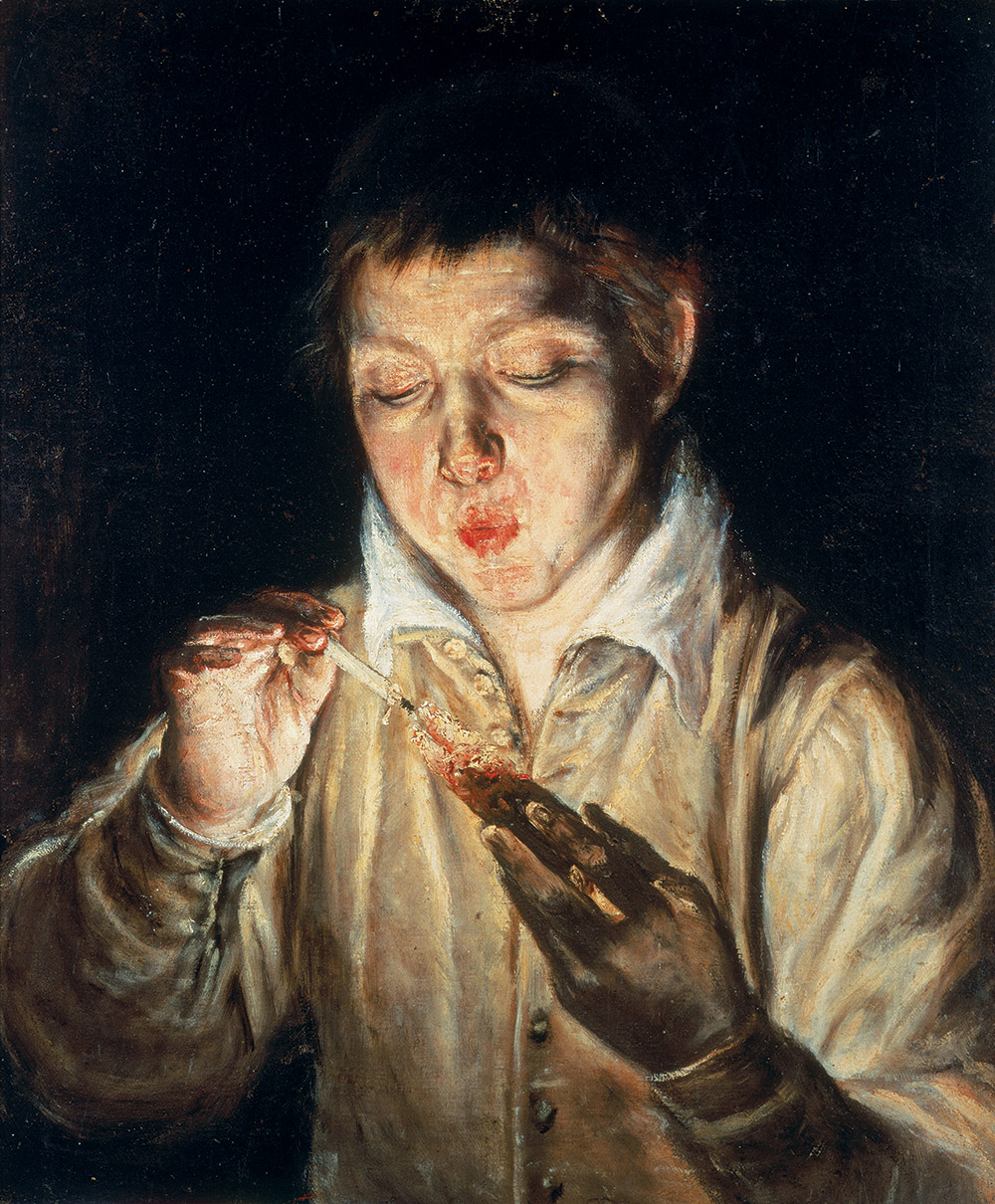 A Boy Blowing on an Ember to Light a Candle, by El Greco, c. 1570. Wikimedia Commons, Museo di Capodimonte.

But the crowd was beginning to move, and he had to release her. “Come,” he said in a confused voice. He scrambled over the side of the stand and, holding up his arm, caught her as she sprang to the ground. He passed his arm about her waist, steadying her against the descending rush of people; and she clung to him, speechless, exultant, as if all the crowding and confusion about them were a mere vain stirring of the air.

“Come,” he repeated, “we must try to make the trolley.” He drew her along, and she followed, still in her dream. They walked as if they were one, so isolated in ecstasy that the people jostling them on every side seemed impalpable. But when they reached the terminus, the illuminated trolley was already clanging on its way, its platforms black with passengers. The cars waiting behind it were as thickly packed; and the throng about the terminus was so dense that it seemed hopeless to struggle for a place.

“Last trip up the lake,” a megaphone bellowed from the wharf; and the lights of the little steamboat came dancing out of the darkness.

From Summer. The first woman to win the Pulitzer Prize for literature—which Wharton was awarded in 1921 for The Age of Innocence—preferred writing in bed. “She would have her writing board perilously furnished with an ink pot on her knee,” a friend later described, “the dog of the moment under her left elbow, and the bed strewn with correspondence, newspapers, and books.” Completed pages were dropped one by one on the floor for a secretary to retrieve and type up.

All in the Family