The Arabian philosophers agree that some men may elevate themselves above the powers of their body and above their sensitive powers, and those being surmounted, they receive into themselves—by the perfection of the heavens and the celestial intelligences—a divine vigor. Seeing, therefore, that all the souls of men are perpetual, and also that all the spirits obey the perfect souls, magicians think that perfect men may, by the powers of their soul, repair their dying bodies (with other inferior souls, newly separated) and inspire them again—as a weasel that is killed is made alive again by the breath and cry of his dam, and as lions make alive their dead whelps by breathing upon them. And because, as they say, all like things being applied to their like are made of the same natures, and also every patient, subject, and thing that receives into itself the act of any agent is endowed with the nature of that agent and made conatural with it. Hence they think that to this vivification, or making alive, certain herbs and magical confections (such as, they say, are made of the ashes of the phoenix and the cast skin of a snake) do much conduce, which indeed to many may seem fabulous and to some impossible, unless it could be accounted approved by an historical faith. For we read of some that have been drowned in water, others cast into the fire or put upon the fire, others slain in war, and others otherwise tried—and all these, after a few days, were alive again. Apuleius, relating the manner of these kinds of restorings to life, says of Zachla the Egyptian prophet that the prophet, being favorable, laid a certain herb upon the mouth of the body of a young man, being dead, and another upon his breast; then, turning toward the east, or rising of the propitious sun, he prayed silently (a great assembly of people striving to see it), when, in the first place, the breast of the dead man did heave, then a beating in his veins, then his body filled with breath, after which the body rose and the young man spoke. If these accounts are true, the dying souls must, sometimes lying hid in their bodies, be oppressed with vehement ecstasies and be freed from all bodily action; so that the life, sense, and motion forsake the body, and also that the man is not yet truly dead but lies stunned, and dead, as it were, for a certain time. And this is often found, that in times of pestilence many that are carried for dead to the graves to be buried, revive again. It is said that a man, by reason of a fall from a high place or great noise or long staying under water, may fall into a swoon, which may continue forty-eight hours, and so may lay as if he were dead, his face being very green. And in the same place there is mention made of a man that buried a man who seemed to be dead seventy-two hours after his seeming decease and so killed him because he buried him alive. And there are given signs whereby it may be known who are alive, although they seem to be dead, and indeed will die unless there be some means used to recover them, as phlebotomy, or some other cure. And these are such as very seldom happen. This is the manner by which we understand magicians and physicians do raise dead men to life, as they that were tried by the stinging of serpents were by the nation of the Marsi and the Psilli restored to life. We may conceive that such kind of ecstasies may continue a long time, although a man be not truly dead, as it is in dormice and crocodiles and many other serpents, which sleep all winter, and are in such a dead sleep that they can scarce be awakened with fire. And I have often seen a dormouse dissected and continue immovable, as if she were dead, until she was boiled, and when put into boiling water the dissected members did show life.

From On Occult Philosophy. Agrippa entered the University of Cologne in 1499, served as a court secretary for Holy Roman Emperor Maximilian I and later as a soldier in Northern Italy in the 1510s, saved the life of a woman accused of witchcraft around 1519, and became the physician to Louise of Savoy in 1524. Incensed by Agrippa’s refusal to recant some of his published views, Charles V of France condemned him as a heretic. Agrippa died at the age of  forty-eight in 1535. 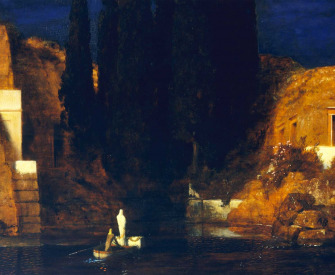 The Day Will Come

Bartolomeo Vanzetti goes on the record.More