In California it must be confessed that, as to the discovery of gold, science appears to be completely at fault, or as an intelligent and well-educated miner remarked to us the other day, “I maintain that science is the blindest guide that one could have on a gold-finding expedition. Those men who judge by the appearance of the soil, and depend on geological calculations, are invariably disappointed, while the ignorant adventurer, who digs just for the sake of digging, is almost sure to be successful.”

I suppose that the above observation is quite correct, as all whom we have questioned upon the subject repeat, in substance, the same thing. Wherever geology has said that gold must be, there, perversely enough, it lies not; and wherever her ladyship has declared that it could not be, there has it oftenest garnered up in miraculous profusion the yellow splendor of its virgin beauty. It is very certainly painful to a well-regulated mind to see the irreverent contempt shown by this beautiful mineral to the dictates of science. But what better can one expect from the root of all evil? As well as can be ascertained, the most lucky of the mining Columbuses have been ignorant sailors, and foreigners, I fancy, are more successful than Americans.

Our countrymen are the most discontented of mortals. They are always longing for big strikes. If a claim is paying them a steady income, by which, if they pleased, they could lay up more in a month than they could in a year at home, still they are dissatisfied, and in most cases will wander off in search of better diggings. There are hundreds now pursuing this foolish course who, if they had stopped where they first camped, would now have been rich men. Sometimes a company of these wanderers will find itself upon a bar where a few pieces of the precious metal lie scattered upon the surface of the ground. Of course they immediately prospect it, which is accomplished by panning out a few basins full of the soil. If it pays, they claim the spot and build their shanties. The news spreads that wonderful diggings have been discovered at such a place. The monte dealers—those worse than fiends—rush, vulturelike, upon the scene and erect a round tent, where, in gambling, drinking, swearing, and fighting, the many reproduce pandemonium in more than its original horror, while a few honestly and industriously commence digging for gold, and lo!, as if a fairy’s wand had been waved above the bar, a full-grown mining town hath sprung into existence. 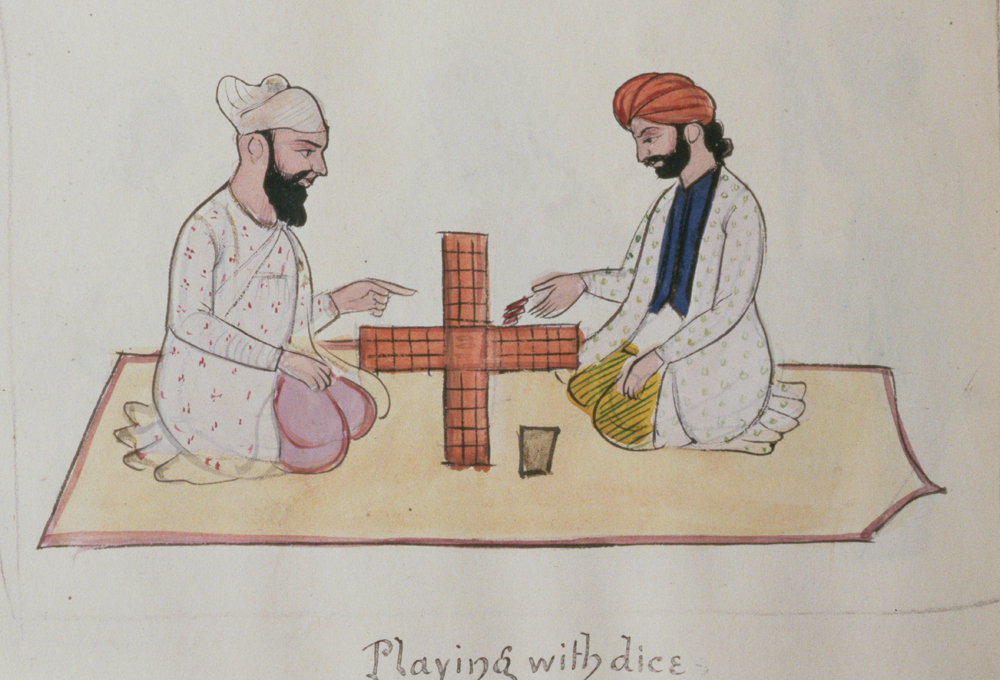 Gold mining is nature’s great lottery scheme. A man may work in a claim for many months and be poorer at the end of the time than when he commenced, or he may take out thousands in a few hours. It is a mere matter of chance. A friend of ours, a young Spanish surgeon from Guatemala, a person of intelligence and education, told us that after working a claim for six months he had taken out but six ounces.

It must be acknowledged, however, that if a person work his claim himself, is economical and industrious, keeps his health, and is satisfied with small gains, he is bound to make money. And yet I cannot help remarking that almost all with whom we are acquainted seem to have lost. Some have had their claims jumped. Many holes, which had been excavated and prepared for working at a great expense, caved in during the heavy rains of the fall and winter. Often, after a company has spent an immense deal of time and money in sinking a shaft, the water from the springs (the greatest obstacle that the miner has to contend with in this vicinity) rushes in so fast that it is impossible to work in them, or to contrive any machinery to keep it out, and for that reason only, men have been compelled to abandon places where they were at the very time taking out hundreds of dollars a day. If a fortunate or an unfortunate (which shall I call him?) does happen to make a big strike, he is almost sure to fall into the hands of the professed gamblers, who soon relieve him of all care of it. They have not troubled the bar much during the winter, but as the spring opens they flock in like ominous birds of prey. Last week one left here, after a stay of four days, with over a thousand dollars of the hard-earned gold of the miners. But enough of these best-beloved of Beelzebub, so infinitely worse than the robber or murderer; for surely it would be kinder to take a man’s life than to poison him with the fatal passion for gambling.

From The Shirley Letters. Born in New Jersey, Clappe moved with her husband to San Francisco in 1849, then left two years later for gold-mining camps in the Sierra Nevada mountain range. She published twenty-three letters about life there under the pseudonym Dame Shirley in the California literary magazine The Pioneer. One historian called them “the best account of an early mining camp that is known to me”; another claimed they influenced stories by Clappe’s friend Bret Harte.