I was alone in my big house. In those days we could talk with one another over wires or through the air. The telephone rang, and I found my brother talking to me. He told me that he was not coming home for fear of catching the plague from me, and that he had taken our two sisters to stop at Professor Bacon’s home. He advised me to remain where I was and wait to find out whether or not I had caught the plague.

To all of this I agreed, staying in my house and for the first time in my life attempting to cook. And the plague did not come out on me. By means of the telephone, I could talk with whomsoever I pleased and get the news. Also, there were the newspapers, and I ordered all of them to be thrown up to my door so that I could know what was happening with the rest of the world.

New York City and Chicago were in chaos. And what happened with them was happening in all the large cities. A third of the New York police were dead. Their chief was also dead, likewise the mayor. All law and order had ceased. The bodies were lying in the streets unburied. All railroads and vessels carrying food and such things into the great city had ceased running, and mobs of the hungry poor were pillaging the stores and warehouses. Murder and robbery and drunkenness were everywhere. Already the people had fled from the city by millions—at first the rich, in their private motorcars and dirigibles, and then the great mass of the population, on foot, carrying the plague with them, themselves starving and pillaging the farmers and all the towns and villages on the way.

The man who sent this news, the wireless operator, was alone with his instrument on the top of a lofty building. The people remaining in the city—he estimated them at several hundred thousand—had gone mad from fear and drink, and on all sides of him, great fires were raging. He was a hero, that man who stayed by his post—an obscure newspaperman, most likely. 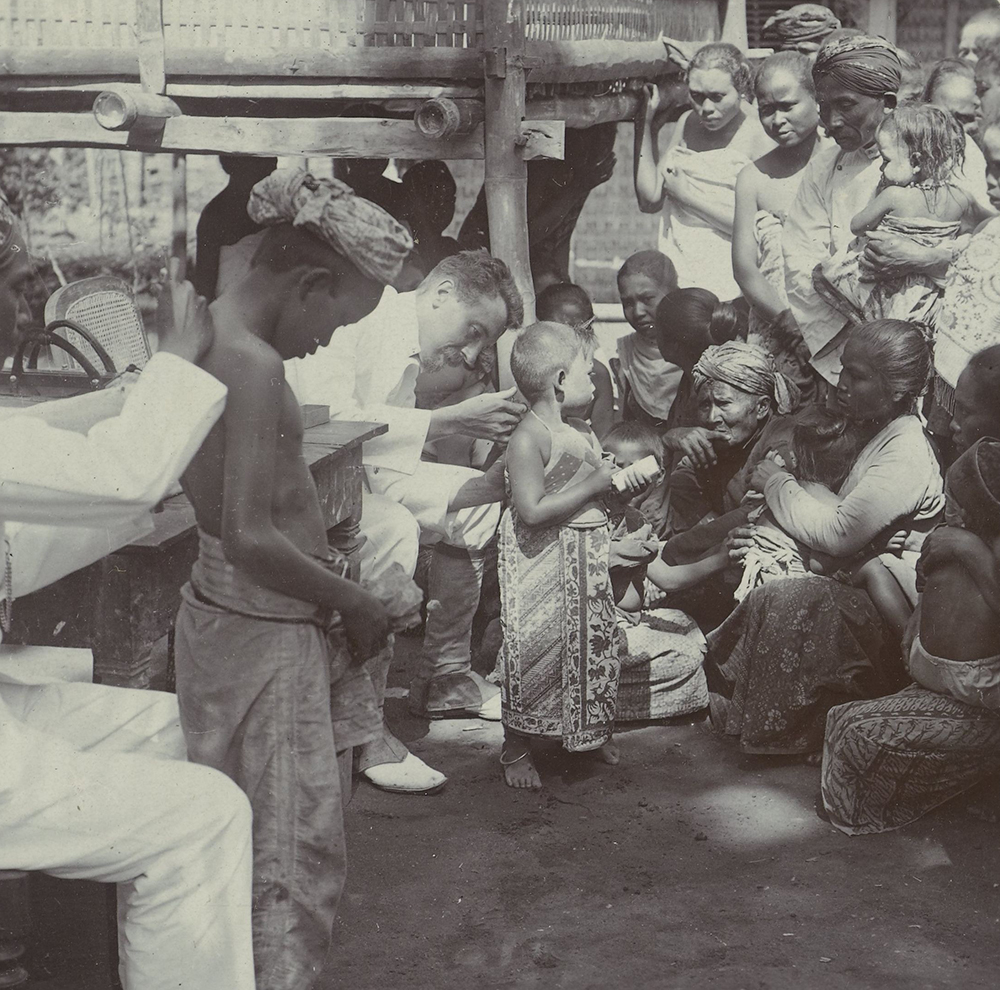 For twenty-four hours, he said, no transatlantic airships had arrived, and no more messages were coming from England. He did state, though, that a message from Berlin announced that Hoffmeyer, a bacteriologist of the Metchnikoff School, had discovered the serum for the plague. That was the last word, to this day, that we of America ever received from Europe. If Hoffmeyer discovered the serum, it was too late, or otherwise, long before this, explorers from Europe would have come looking for us. We can only conclude that what happened in America happened in Europe, and that, at the best, some several score may have survived the Scarlet Death on that whole continent.

For one day longer the dispatches continued to come from New York. Then they, too, ceased. The man who had sent them, perched in his lofty building, had either died of the plague or been consumed in the great conflagrations he had described as raging around him. And what had occurred in New York had been duplicated in all the other cities. It was the same in San Francisco and Oakland and Berkeley. By Thursday the people were dying so rapidly that their corpses could not be handled, and dead bodies lay everywhere. Thursday night the panic outrush for the country began. Imagine people, thicker than the salmon run you have seen on the Sacramento River, pouring out of the cities by millions madly over the country, in a vain attempt to escape the ubiquitous death. You see, they carried the germs with them. Even the airships of the rich, fleeing for mountain and desert fastnesses, carried the germs.

Hundreds of these airships escaped to Hawaii, and not only did they bring the plague with them but they found the plague already there before them. This we learned by the dispatches, until all order in San Francisco vanished, and there were no operators left at their posts to receive or send. It was amazing, astounding, this loss of communication with the world. It was exactly as if the world had ceased, been blotted out. For sixty years that world has no longer existed for me. I know there must be such places as New York, Europe, Asia, and Africa; but not one word has been heard of them—not in sixty years. With the coming of the Scarlet Death, the world fell apart, absolutely, irretrievably. Ten thousand years of culture and civilization passed in the twinkling of an eye, “lapsed like foam.”

When the great exodus from the cities around San Francisco Bay began, and while the telephones were still working, I talked with my brother. I told him this flight from the cities was insanity, that there were no symptoms of the plague in me, and that the thing for us to do was to isolate ourselves and our relatives in some safe place. We decided on the chemistry building at the university, and we planned to lay in a supply of provisions and, by force of arms, to prevent any other persons from forcing their presence upon us after we had retired to our refuge.

All this being arranged, my brother begged me to stay in my own house for at least twenty-four hours more, on the chance of the plague developing in me. To this I agreed, and he promised to come for me the next day. We talked on over the details of the provisioning and the defending of the chemistry building until the telephone died. It died in the midst of our conversation. That evening there were no electric lights, and I was alone in my house in the darkness. No more newspapers were being printed, so I had no knowledge of what was taking place outside.

If they prescribe a lot of remedies for some sickness or other, it means that the sickness is incurable.

I heard sounds of rioting and of pistol shots, and from my windows I could see the glare of the sky of some conflagration in the direction of Oakland. It was a night of terror. I did not sleep a wink. A man—why and how I do not know—was killed on the sidewalk in front of the house. I heard the rapid reports of an automatic pistol, and a few minutes later the wounded wretch crawled up to my door, moaning and crying out for help. Arming myself with two automatics, I went to him. By the light of a match, I ascertained that while he was dying of the bullet wounds, at the same time the plague was on him. I fled indoors, whence I heard him moan and cry out for half an hour longer.

In the morning, my brother came to me. I had gathered into a handbag what things of value I purposed taking, but when I saw his face, I knew that he would never accompany me to the chemistry building. The plague was on him. He intended shaking my hand, but I went back hurriedly before him.

“Look at yourself in the mirror,” I commanded.

He did so, and at sight of his scarlet face, the color deepening as he looked at it, he sank down nervelessly in a chair.

Then the convulsions seized him. He was two hours in dying, and he was conscious to the last, complaining about the coldness and loss of sensation in his feet, his calves, his thighs, until at last it was his heart and he was dead.

That was the way the Scarlet Death slew. I caught up my handbag and fled.

From The Scarlet Plague. Born in San Francisco in 1876 to a roving astrologer father and a spiritualist mother, London published, in the final sixteen years of his life, over fifty books, including this novel, which first appeared in London Magazine in 1912. Inspired by Edgar Allan Poe’s “The Masque of the Red Death,” the story is set in the twenty-first century, after the world has been struck by a pandemic. At first people were not alarmed, London writes elsewhere in the novel, as they “were sure that the bacteriologists would find a way to overcome this new germ, just as they had overcome other germs in the past.”

Leo Tolstoy Is Not an Ostrich

“We cannot believe that if we do not look there will not be what we do not wish to see.”More