Mlle. de Thémines united all the advantages of birth, fortune, and education. She was sixteen years old, and as beautiful as an angel. It was impossible to hesitate. My benefactress, Mme. de B. (whose uncle, the Chevalier de B., brought me here from Senegal when I was two years old), consulted her grandson Charles, who was at first startled at the thought of marrying so young. But desiring to see Mlle. de Thémines, an interview took place, when all his scruples vanished.

Anaïs de Thémines did possess charms to win the heart of Charles. She was handsome without being conscious of it, and graced with a modesty so unaffected that it was evident this charming quality was in her wholly a gift of nature. The old Mme. de Thémines permitted Charles to visit her, and he soon became passionately enamored. He talked to me about the progress of his love and made me long to see Anaïs, who was destined to make Charles happy. After a while, she came to Saint-Germain. Charles had spoken to her of me, so I didn’t have to endure the scornful and scrutinizing glances that were always a torture to me. I assured her she would be happy with Charles, and I made her feel better about his age by telling her that at twenty-one he possessed the solid understanding of a mature man. Aware that I had known Charles from his infancy, she asked me many questions. I answered all of them. It was sweet to me to praise him, and I never tired of talking about his merits.

The marriage was delayed a few weeks, so that settlements could be arranged. Charles continued to visit Mme. de Thémines and often stayed in Paris for two or three days at a time. His absence during those intervals grieved me, and I was mad at myself for finding I preferred my own happiness to that of Charles. The days when he came home were holidays to me. He told me how he had passed his time, and when he spoke of gaining ground in the heart of Anaïs, I rejoiced with him. One day, however, when telling me in what manner he wished to live with her, he said, “I wish to obtain her confidence completely, and to give her mine as completely. I will hide nothing from her. She shall know all my thoughts, all the inmost emotions of my heart. I am anxious that there should be between her and me a confidence such as ours, Ourika.” Such as ours! The expression went to my heart. While it brought to my mind the only secret of my life, it crushed my desire to confide it. As time went on, the length of Charles’ absences increased. He rarely stayed at Saint-Germain for more than a few minutes. He would arrive on horseback for the sake of greater speed and always returned to Paris in the afternoon, so all our evenings were passed without him. Mme. de B. often joked about those long absences. I would have been glad to joke as she did! One morning we were as usual walking in the forest, when I suddenly saw Charles, who had been away almost the entire week, at the end of the avenue. He was riding very fast. When he came near, he sprang to the ground and joined us in our walk. After we talked of general things, we dropped behind and began to chat as we did formerly. I said this to him. “As formerly!” he cried. “Ah! What a difference! What had I to say formerly? I seem to have begun to live only within the last two months. Ourika, it is impossible for me ever to express to you what I feel for her. I feel at times as if my whole soul were passing into hers. When she fixes her eyes upon me, I lose my breath. When she blushes, I want to throw myself at her feet and worship her. When I think that I shall be the protector of this angel, that she is going to confide to me her life and destiny—how proud am I! How happy will I make her! I will be to her the father and mother she has lost, and still more, I will be her husband and lover. Her first love will be bestowed on me. She will pour her whole heart into mine. We will live the same life, and it will be my study, through the many years before us, to prevent her from being able to say she had passed a single hour without being happy. How delightful, Ourika, to think that she will be the mother of my children. That they will draw life from the bosom of my Anaïs. Oh, they will be gentle and beautiful like her! How have I merited such bliss?” 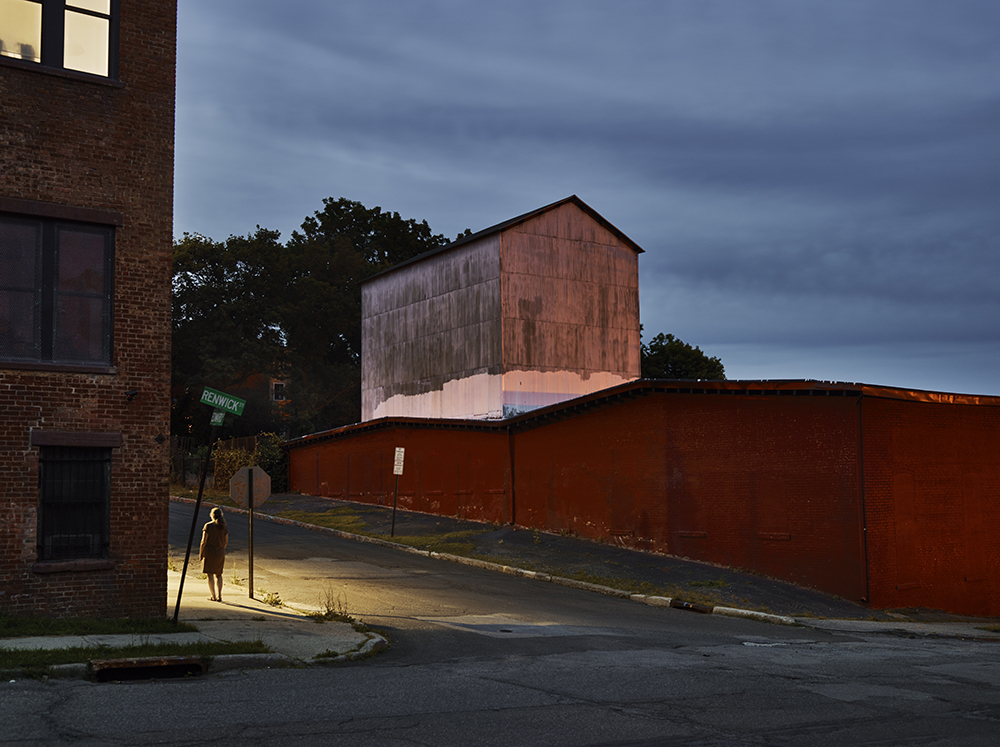 Alas, at that moment I offered a different plea to heaven, after having, for some minutes, listened to his impassioned language with an undefinable feeling. “Great God,” I pled. “You know I am pleased with Charles’ happiness. But why did you give life to poor Ourika? Why did she not die on board the slave ship from which she was snatched, or on the bosom of her mother? Her body would have been covered with a little of the dust of Africa, and that would have been a very light burden. Of what consequence was it to the world that Ourika should live? Why was she condemned to life? Was it then to pass it in loneliness, to live unconnected and alone, ever alone, never loved? Oh my God! Suffer it not! Take poor Ourika out of this world! Nobody wants her. Does she not stand alone in life?” This dreadful thought affected me more violently than it had ever done before. I felt myself sinking. I fell on my knees. My eyes closed, and I imagined I was dying.

Up to this time, I had supported my painful existence. It had injured my health but it left me my reason and a kind of empire over myself. My grief, like the worm in fruit, had begun near my heart. I bore within me the seed of destruction, while outwardly everything was still full of life. I enjoyed conversation, was animated by discussion, and even retained some degree of cheerfulness. But the joys of the heart were lost to me. However, up until that moment, I had retained the mastery over my sufferings. Now, I felt that my sufferings would gain the mastery over me.

I was seized with a violent fever. It continued over the next two days. Mme. de B. nursed me with her usual tenderness. She was very uneasy at the state I was in. She found it impossible to take me to Paris, where she was obliged to go the next day to be present at Charles’ marriage. But the physicians assured her they would be answerable for my life if she left me at Saint-Germain; she agreed to do so. She took leave of me so affectionately, so tenderly, that she brought a momentary relief to my heart. But after she left, for the first time in my life, my complete state of solitude threw me into a deep fit of despondency. The situation so often pictured in my imagination became real. I was dying far from all who were dear to me. My groans could not even reach their ears—they would have interrupted their joy. I fancied them giving themselves up to their happiness, away from dying Ourika. They were everything in life to me. But to no one on earth was Ourika anything! This frightful consciousness of a useless existence is the greatest torture. I was so disgusted with life that I sincerely wanted to die. I never spoke; I scarcely gave any sign of knowing what happened around me. The only distinct thought I had was that I wished to die. At other moments, I was agitated. I recalled every word of the last conversation I had with Charles in the forest. I pictured him in my imagination enjoying the delights he described to me, while I was dying—in death, as in life, alone. This reflection gave me a sensation even more painful than grief. I gave way to wild fancies in order to indulge this new feeling. I imagined Charles arriving at Saint-Germain and being told I was dead. Can you believe it? I enjoyed the thought of his grief—it made me amends—and for what? Great God, for his having been the guardian angel of my life! This frightful feeling soon filled me with horror. If grief was not a fault, to abandon oneself to it, as I had done, might be criminal. My ideas then took another course. I endeavored to conquer myself, and to summon up enough strength to combat the feelings that agitated me. But I didn’t look for that strength where it was to be found. I took shame for my ingratitude. I shall die, I said to myself, I want to die. But I will not allow my heart to be tainted by such hateful passions. Ourika is a disinherited child, but innocence is still her portion. I will not suffer it to be sullied by ingratitude. I will pass over the earth as a shadow, but I shall find peace in the grave. Oh my God! They are already very happy, yet give them also Ourika’s share of happiness, and suffer her to die as a blighted blossom in spring. Have I not suffered enough?

From Ourika. Born into a plantation-owning family, Duras became a duchess in the court of Louis XVIII, though she was influenced by her father’s progressive political views and ran a prominent literary salon during and after the French Revolution. Around 1820, Duras recounted at a salon a story she had heard about a young Senegalese girl rescued from the slave trade and brought up in the home of French nobility. The salon’s writers encouraged her to write it down. “By noon the next day,” one friend recalled, “half of the novel was written.”