The idea of Disneyland is a simple one. It will be a place for people to find happiness and knowledge.

It will be a place for parents and children to share pleasant times in one another’s company; a place for teacher and pupils to discover greater ways of understanding and education. Here the older generation can recapture the nostalgia of days gone by, and the younger generation can savor the challenge of the future. Here will be the wonders of nature and man for all to see and understand.

Disneyland will be based upon and dedicated to the ideals, the dreams and hard facts that have created America. And it will be uniquely equipped to dramatize these dreams and facts and send them forth as a source of courage and inspiration to all the world. Disneyland will be something of a fair, an exhibition, a playground, a community center, a museum of living facts, and a showplace of beauty and magic.

It will be filled with the accomplishments, the joys and hopes of the world we live in. And it will remind us and show us how to make these wonders part of our own lives.

Like Alice stepping through the looking glass, to step through the portals of Disneyland will be like entering another world. Within a few steps the visitor will find himself in a small midwestern town at the turn of the century.

The railroad station, situated at the main entrance to Disneyland, is recommended as a starting point for the visitor. Here you may board a one-third-scale train pulled by a twelve-ton steam engine six feet high.

The railroad train, with its beautifully appointed coaches, takes you on a skyline tour around Disneyland, where you will see from your window Main Street, True-Life Adventureland, the World of Tomorrow, Lilliputian Land, Fantasy Land, Recreation Park, Frontier Country, Treasure Island, the home of the Mickey Mouse Club, and Holidayland and back to Civic Center.

At the start of Main Street is Civic Center, with its town hall, fire station, police station, and the old opera house, which houses the broadcasting theater for The Walt Disney Show. From Civic Center you can take a horse-drawn streetcar up Main Street or hire a surrey and driver.

Main Street has the nostalgic quality that makes it everybody’s hometown. It is Main Street, USA. Three blocks long, it is the main shopping district of Disneyland. It has a bank and a newspaper office, and the little ice cream parlor with the marble-topped tables and wire-backed chairs. There is a penny arcade and a nickelodeon where you can see old-time movies.

On the corner is the great Disneyland Emporium, where you can buy almost anything and everything unusual. Clothes, cowboy boots, toys, records, books, ceramics, old-fashioned candies, jawbreakers, and licorice whips. Toys from all over the world. Gifts for the person who has “everything.” Or you can get the big mail-order catalogue and purchase by mail.

The mail-order catalogue will picture everything for sale in the emporium or at any place in Disneyland. If you want a real pony and cart or a miniature donkey thirty inches high, you’ll find it in the catalogue. Or if you want the latest Disney book or toy, you can order by mail, and the gift will arrive wrapped in a special Disneyland paper, bearing the postmark Disneyland, California—direct from the Disneyland U.S. Post Office.

You’ll find quaint little restaurants on Main Street with family-style cooking, and a bakery shop where Johnny can watch the baker write his name in icing on his birthday cake. Down one of the side streets is the “little church around the corner.” Nearby you will see the mayor’s house, a boardinghouse for guests, and a “little old red schoolhouse.” 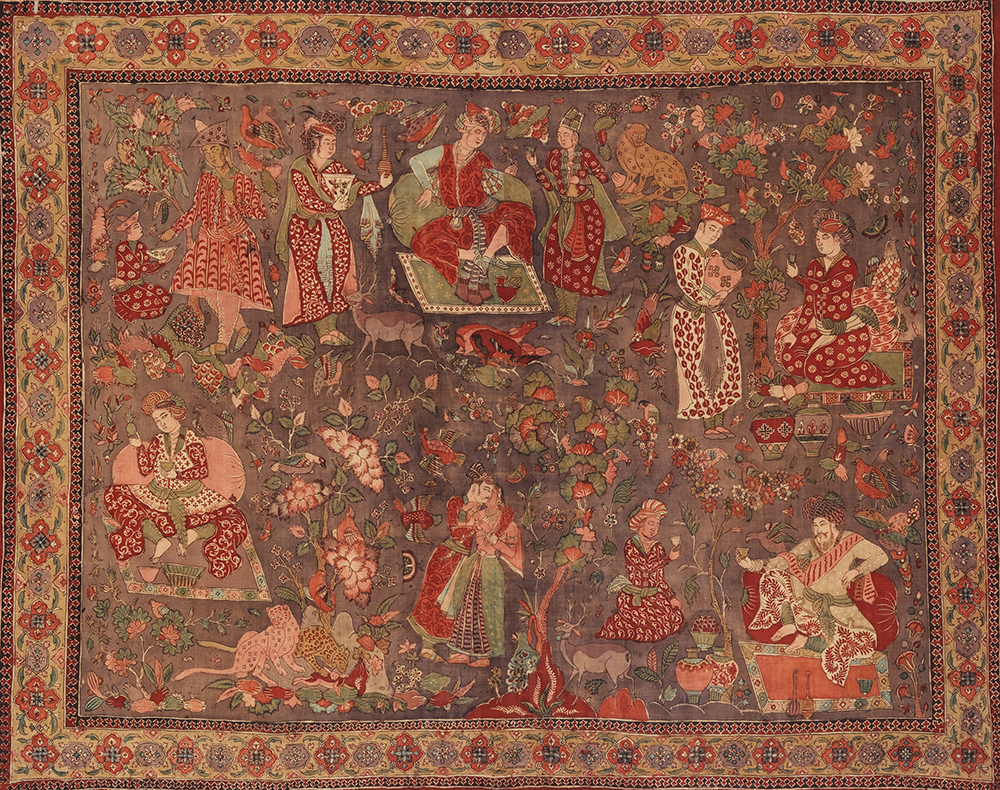 True-Life Adventureland is entered through a beautiful botanical garden of tropical flora and fauna. Here you can see magnificently plumed birds and fantastic fish from all over the world, and which may be purchased and shipped anywhere in the U.S. if you so desire.

If you wish refreshments that are in keeping with your surroundings, there are fresh pineapple sticks, crisp coconut meats, and exotic fruit punches made from fresh tropical fruits.

A river borders the edge of True-Life Adventureland, where you embark in a colorful explorer’s boat with a native guide for a cruise down the River of Romance. As you glide through the Everglades, past birds and animals living in their natural habitat…alligators lurk along the banks, and otters and turtles play in the water about you. Monkeys chatter in the orchid-flowered trees.

the world of tomorrow

This is the home of the exciting World of Tomorrow television show.

Participating in this are the industries such as: transportation, rubber, steel, chemical, electrical, oil, mining, agriculture, and foods.

Among the exhibits, which will change from time to time, are the Mechanical Brain…a diving bell…monorail train…the Little Parkway system where children drive scale-model motorcars over a modern freeway…models of an atomic submarine, a flying saucer…the Magic House of Tomorrow, with mechanical features that obey the command of your voice like a genie. You say “Please” and the door opens, a polite “Thank you” will close it.

There are shops for the scientific toys, chemical sets, and model kits. Here the imaginative boy will find a space helmet to suit his needs for interplanetary travel. And if you are hungry, conveyor belts will carry your food through the electronic cooking device of tomorrow where you will see it cooked instantly to your liking.

Where the stagecoach meets the train and the riverboat for its trip down the river to New Orleans. Along Frontier Street is a harness shop and a blacksmith shop, livery stable, assayer’s office, sheriff’s office, and the jail. You can get real western food at the chuck wagon, and cowboy clothes, six-shooters, or a silver-mounted saddle for your horse or pony at the general store. There is a shooting gallery, the Wells Fargo express office, and an old-fashioned saloon with the longest little bar in the world serving root beer western-style.

Ride shotgun on the stagecoaches…past Granny’s farm, a working farm operated with real live miniature horses, cows, oxen, and donkeys…through the pine forest, fording streams into Indian country and through the Painted Desert. Carry the mail on the pony-express ride…and take a mule-pack ride with an old prospector for a guide through the colorful mother-lode country of the pioneer days. At the end of Frontier Street is the boat landing for the riverboat ride. The old stern-wheeler takes you downstream on a nostalgic cruise past the romantic river towns, Tom Sawyer’s birthplace, and the old southern plantations.

Disneyland will be the essence of America as we know it…the nostalgia of the past, with exciting glimpses into the future. It will give meaning to the pleasure of the children—and pleasure to the experience of adults. It will focus a new interest upon Southern California through the mediums of television and other exploitation. It will be a place for California to be at home, to bring its guests, to demonstrate its faith in the future. And mostly, as stated at the beginning—it will be a place for people to find happiness and knowledge.

From a prospectus for Disneyland. In the fall of 1953, Walt Disney’s brother Roy used the vague descriptions from this prospectus for a utopian town—along with sketches by animator Herb Ryman—to pitch ABC chairman Leonard Goldenson. CBS and NBC had passed on investing, and banks deemed the idea too risky. But Goldenson’s network was on the verge of being sold; he was desperate and committed ABC to a 35 percent interest in the theme park for a $5 million loan. The park opened in Anaheim two years later.