Him: All I know is I’d be quite happy to be someone else on the off chance I’d be a genius, a great man.

Yes, I have to admit it. There’s something there which speaks to me. I’ve never heard a single genius praised without such tributes to him making me secretly enraged. I get envious. When I learn about some detail of their private lives that demeans them, I listen with pleasure. That brings us closer together, and I bear my mediocrity more easily. So I’ve been mediocre, and I’m angry with my mediocrity. Yes, yes, I am mediocre and angry. I’ve never heard the overture to Les Indes Galantes or heard anyone sing “Profonds abîmes du Ténaire,” “Nuit, éternelle nuit,” without feeling pain and saying to myself, “There’s something you’d never create.” Hence I was jealous of my uncle, and if at his death there’d been some fine compositions for the keyboard in his portfolio, I wouldn’t have hesitated to remain myself and to be him as well.

Me: If that’s the only thing bothering you, it’s not worth the trouble.

Him: It’s nothing—they’re just passing moments. (Then he started to sing the overture to Indes Galantes and the song “Profonds abîmes,” adding:) That something or other inside me which talks to me says, “Rameau, you’d love to have composed those two pieces. If you’d done these two, you’d probably have done two others. And when you’d composed a certain number, people would play and sing you all over the place. When you walked along, you’d hold your head high. Your own awareness would confirm your own merit for you. Others would point you out. They’d say, ‘There’s the man who wrote those lovely gavottes’ ” (and he sang the gavottes. Then, looking like a man deeply moved, swimming in joy, his eyes damp, he added, rubbing his hands together:) You’d have a fine house (he measured its extent with his arms), a fine bed (he pretended to stretch himself out on it nonchalantly), good wines (which he tasted by smacking his tongue against his palate), a fine horse and carriage (he raised his foot as if to climb in), beautiful women (he embraced their breasts and gazed at them voluptuously), a hundred hangers-on would come to sing my praises every day (he imagined he saw them all around him. Then he continued:) That’s the way people would tell you every morning that you’re a great man. You’d read in The Three Ages of French Literature that you were a great man. You’d be convinced in the evening that you were great a man, and that great man, Rameau the nephew, would fall asleep to the soft murmur of praise which echoed in his ears. Even while he was sleeping, he would have a satisfied air—his chest would expand, rise, and fall with assurance, and he’d snore like a great man. (As he was saying this, he moved over and lay gently on a bench. He closed his eyes and imitated the happy sleep he’d just imagined. After having enjoyed this relaxed repose for a few moments, he woke up, stretched his arms, yawned, rubbed his eyes, and looked around him for any dull admirers still there.)

Me: So you think that a happy man sleeps like that?

Him: Do I think so! I’m a poor wretch, and when I go back to my garret in the evening and tuck myself in on my pallet, I’m shriveled up under my coverlet—my chest is tight and my breathing short, like a weak moan that’s hardly audible; whereas a financier makes his apartment reverberate and amazes his entire street. But what bothers me today is not that I sleep and snore meanly like someone destitute.

Him: What’s happened to me is much worse.

Him: You’ve always taken some interest in me because I’m a good little devil whom deep down you despise—but I amuse you.

Him: And I’m going to tell you. (Before beginning, he sighs deeply and puts both hands on his forehead. Then he recovers his calm appearance and says to me:) You know that I’m ignorant—a silly man, a fool—impertinent, lazy, what we Burgundians call an incorrigible crook, a swindler, a thief…

Me: What a panegyric!

Him: It’s true, all of it. I don’t take back a word of it. Let’s please not argue about it. No one knows me better than I do, and I’m not saying everything.

Me: I don’t want to upset you, so I’ll accept everything you say. 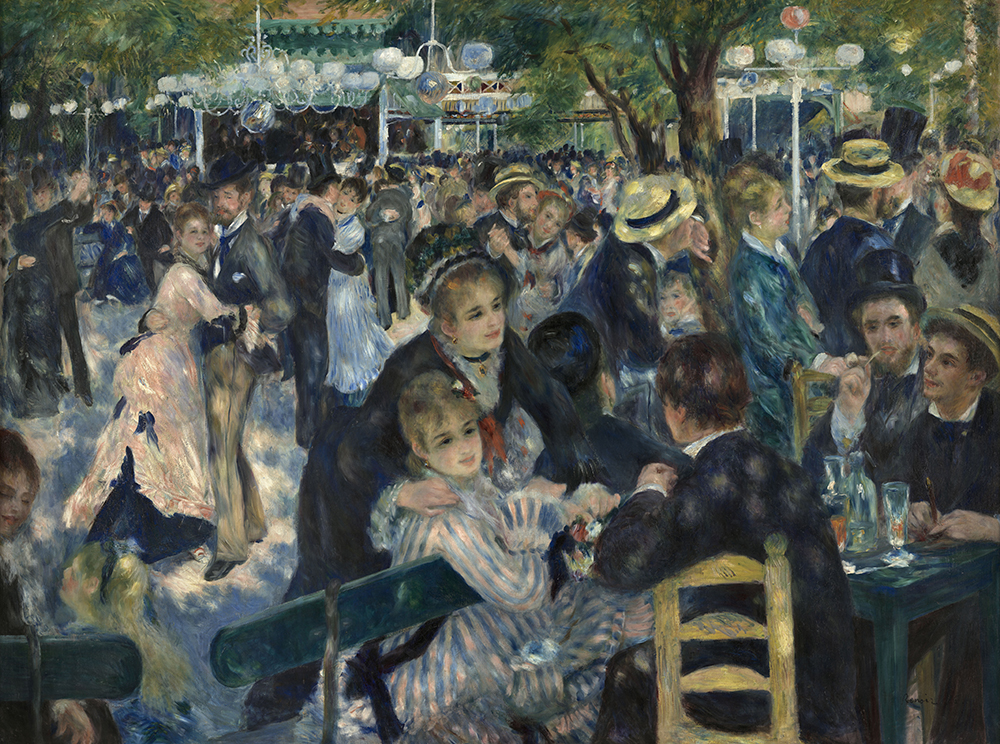 Him: All right. I used to live with people who liked me precisely because I was endowed with all those qualities to an unusual extent. Their character made me a marvelous success in their company. I was in clover. They feted me. They were sorry every moment I was away from them. I was their little Rameau, there beautiful Rameau, their Rameau the foolish, the impertinent, the ignorant, the lazy, the greedy, the clown, the great beast. There wasn’t one of these familiar labels that didn’t earn me a smile, a caress, a pat on the shoulder, a slap, a kick, at table a fine morsel tossed onto my plate for me, away from the table a liberty which I tolerated as of no consequence, for I myself was of no consequence. People make of me, with me, and in front of me anything they want, without my taking exception. And all the small presents showered down on me? I’m such a stupid dog, I lost them all! I lost everything because once—the only time in my life—I had common sense. May that never happen to me again!

Me: What was it about?

Him: An incomparable stupidity—incredible, unpardonable.

Him: The idiocy of having had a little taste, a little intelligence, a little reason.

Me: But isn’t there some way to go back? Is the fault you committed unforgivable? In your place, I’d go to find my people again. You’re more necessary to them than you think.

Him: Oh, I’m certain that right now, when they don’t have me around to make them laugh, they’re bored to death.

Me: Then I’d go get them back. I wouldn’t leave them the time to learn to do without me, to turn to some decent amusement. Who knows what could happen?

Him: That’s not what I’m afraid of. That won’t happen. 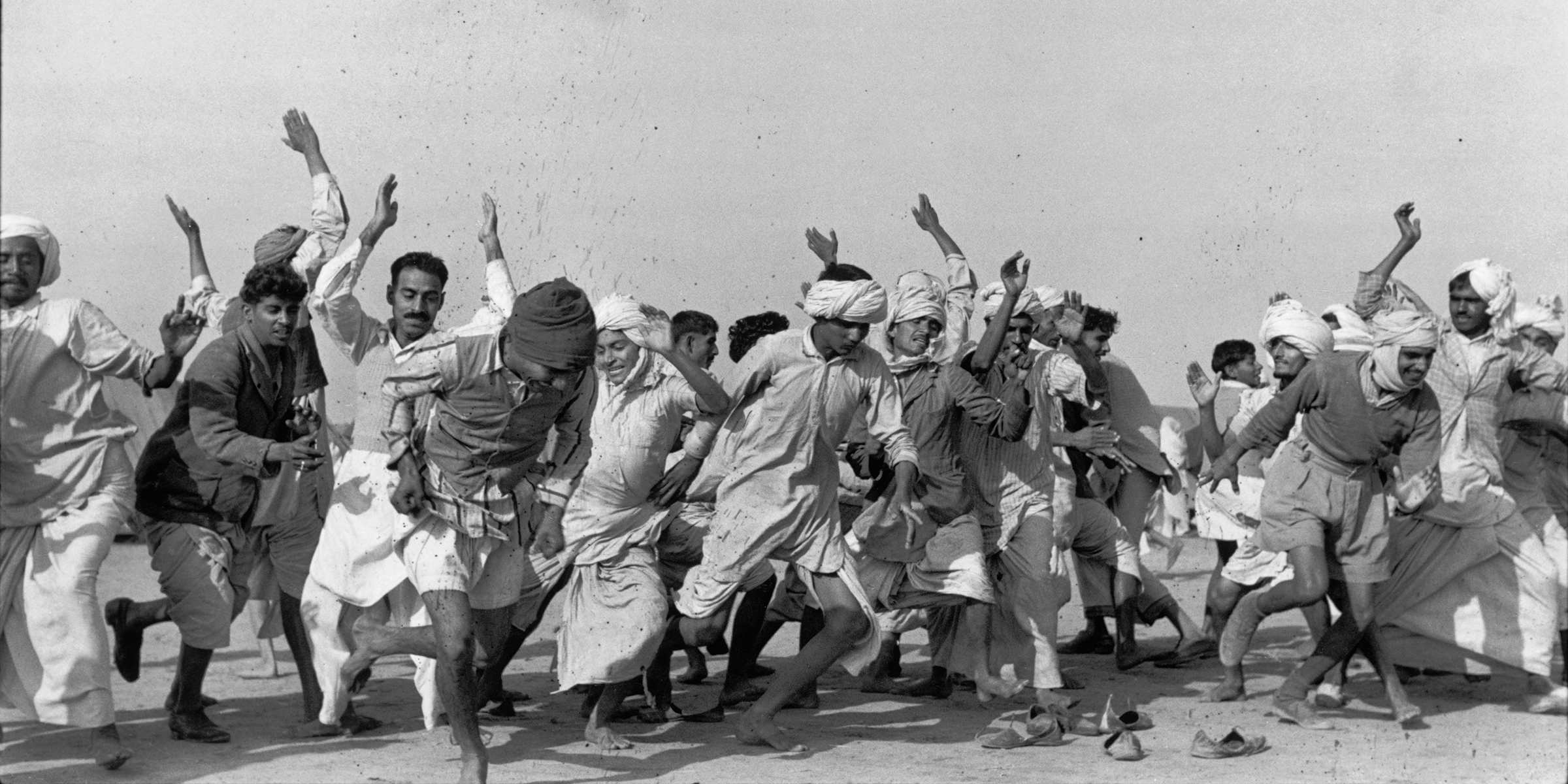 Me: If the course of action I’m suggesting doesn’t suit you, then have the courage to be a beggar.

Him: It’s hard to be poor, as long as there are so many wealthy idiots one can rely on for one’s living. And then contempt for oneself, that’s unbearable.

Me: Do you know that feeling?

Him: Do I know it? How many times have I said to myself, “How come there are ten thousand fine tables in Paris, each with fifteen or twenty places, and there’s no place for you! There are purses full of gold spilling over left and right, and no piece falls on you! Couldn’t you lie, swear, forswear, promise, and then perform or fail to perform, like everyone else? Couldn’t you crawl on hands and knees like the others? You wretched man, aren’t you ashamed?” I remember a group of scoundrels who couldn’t hold a candle to me and who were loaded with money. I was in a buckram overcoat, and they were dressed in velvet, leaning on gold-headed canes shaped like ravens’ beaks, with pictures of Aristotle or Plato on cameo rings on their fingers. But who were they? For the most part they were incompetent musicians—nowadays a sort of nobility. At the time it gave me courage, raised my spirits, made my mind more subtle, capable of everything. But these happy states of mind apparently didn’t last, because up to now I haven’t been able to make any headway. Whatever the case, those are the words of my frequent soliloquies, which you can paraphrase however you like, provided you conclude from them that I understand disgust for oneself or the torment of conscience which arises from the uselessness of the gifts given to us by heaven. It’s the cruelest thing of all. It would almost be better for a man not to be born.

(I listened to him. While he was acting out the scene of the procurer and the young girl being seduced, I was pulled in two opposite directions—I didn’t know whether to give in to my desire to laugh or get carried away with anger. I was perplexed. Twenty times a fit of laughter prevented my anger from bursting out—twenty times the anger arising at the bottom of my heart ended in a burst of laughter. I was taken aback by so much cleverness and base behavior, by such valid ideas alternating with false ones, by such a general perversity of feeling and such complete depravity and such rare frankness. He noticed the conflict going on inside me and said:) What’s the matter with you?

Him: You seem upset.

Him: What do you think I should do?

Me: Change the subject. You poor man, to be born or fall into such a debased condition.

Him: I agree. However, don’t let my condition affect you too much. In revealing myself to you, I didn’t mean to cause you distress. We become richer every moment. It’s one less day to go on living, or one ecu more—it’s all one. The important point is to keep emptying one’s bowels easily, freely, pleasurably, copiously every night. O stercus pretiosum [O precious dung]! That’s the grand result of life in all conditions. In the last analysis, everyone is equally rich—Samuel Bernard, who by dint of robbery, pillaging, and bankruptcies leaves 27 million in gold, or Rameau, who won’t leave anything, Rameau, for whom charity will provide a floorcloth as a shroud to wrap him in. A dead man doesn’t hear the bells tolling. It’s a waste of time for one hundred priests to shout themselves hoarse on his behalf, or for him to be preceded and followed by a long line of burning torches. His soul does not walk alongside the master of ceremonies. To rot under marble or to rot under the earth—it’s still rotting. To have around your coffin choirboys in red and choirboys in blue or none at all—what does that matter?

From Rameau’s Nephew. Published posthumously, this dialogue presents “Me,” a Diderot-like narrator, in conversation with “Him,” the nephew of baroque composer Jean-Philippe Rameau. Diderot’s contributions to the Encyclopédie, published from 1751 to 1772, established him as a major Enlightenment figure. “A work more insolent and more restrained, more talented and more audacious, more immoral-moral,” wrote Johann Wolfgang von Goethe of the dialogue, “has scarcely ever before met my eyes.”

How to win the crowd.More