Fear is often preceded by astonishment, and is so far akin to it that both lead to the senses of sight and hearing being instantly aroused.

In both cases the eyes and mouth are widely opened, and the eyebrows raised. The frightened man at first stands like a statue, motionless and breathless, or crouches down as if instinctively to escape observation.

The heart beats quickly and violently, so that it palpitates or knocks against the ribs; but it is very doubtful whether it then works more efficiently than usual, so as to send a greater supply of blood to all parts of the body; for the skin instantly becomes pale, as during incipient faintness. This paleness of the surface, however, is probably in large part, or exclusively, due to the vasomotor center being affected in such a manner as to cause the contraction of the small arteries of the skin. That the skin is much affected under the sense of great fear we see in the marvelous and inexplicable manner in which perspiration immediately exudes from it. This exudation is all the more remarkable, as the surface is then cold, and hence the term a cold sweat; whereas, the sudorific glands are properly excited into action when the surface is heated. The hairs also on the skin stand erect; and the superficial muscles shiver. In connection with the disturbed action of the heart, the breathing is hurried. The salivary glands act imperfectly; the mouth becomes dry, and is often opened and shut. I have also noticed that under slight fear there is a strong tendency to yawn. One of the best-marked symptoms is the trembling of all the muscles of the body; and this is often first seen in the lips. From this cause, and from the dryness of the mouth, the voice becomes husky or indistinct, or may altogether fail.

As fear increases into an agony of terror, we behold, as under all violent emotions, diversified results. The heart beats widely, or may fail to act and faintness ensue; there is a deathlike pallor; the breathing is labored; the wings of the nostrils are widely dilated; “there is a gasping and convulsive motion of the lips, a tremor on the hollow cheek, a gulping and catching of the throat”; the uncovered and protruding eyeballs are fixed on the object of terror; or they may roll restlessly from side to side. The pupils are said to be enormously dilated. All the muscles of the body may become rigid, or may be thrown into convulsive movements. The hands are alternately clenched and opened, often with a twitching movement. The arms may be protruded, as if to avert some dreadful danger, or may be thrown wildly over the head. 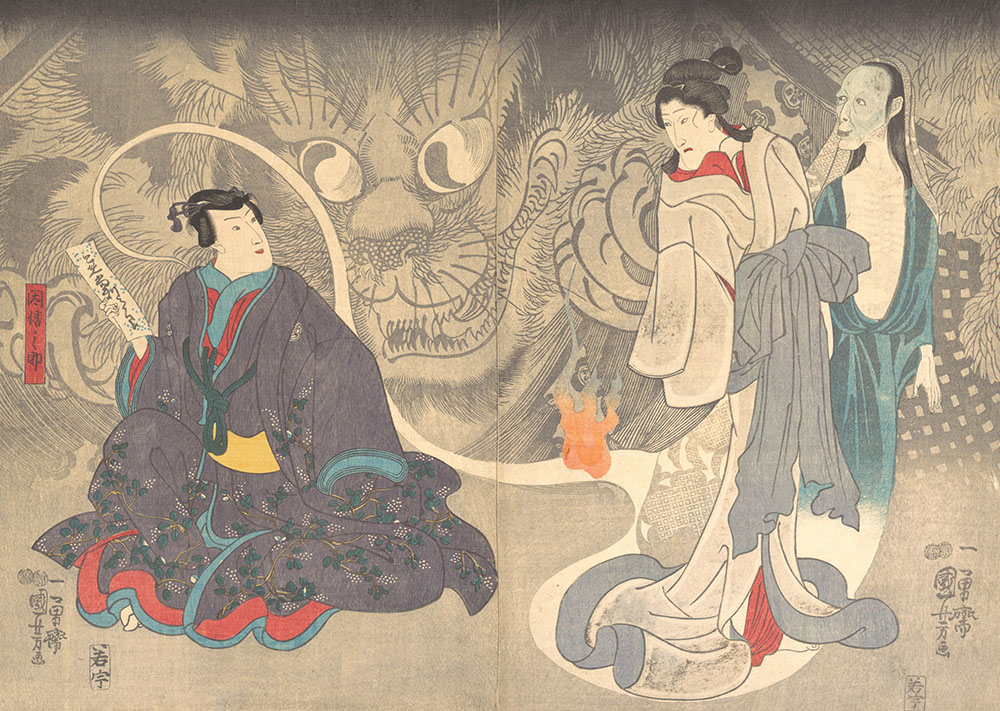 As fear rises to an extreme pitch, the dreadful scream of terror is heard. Great beads of sweat stand on the skin. All the muscles of the body are relaxed. Utter prostration soon follows, and the mental powers fail. The intestines are affected. The sphincter muscles cease to act, and no longer retain the contents of the body.

Dr. J. Crichton Browne has given me so striking an account of intense fear in an insane woman, aged thirty-five, that the description, though painful, ought not to be omitted. When a paroxysm seizes her, she screams out, “This is hell!” “There is a black woman!” “I can’t get out!”—and other such exclamations. When thus screaming, her movements are those of alternate tension and tremor. For one instant she clenches her hands, holds her arms out before her in a stiff, semiflexed position; then suddenly bends her body forward, sways rapidly to and fro, draws her fingers through her hair, clutches at her neck, and tries to tear off her clothes.

Who lives in fear will never be a free man.

With respect to the involuntary bristling of the hair, we have good reason to believe that in the case of animals, this action, however it may have originated, serves, together with certain voluntary movements, to make them appear terrible to their enemies; and as the same involuntary and voluntary actions are performed by animals nearly related to man, we are led to believe that man has retained through inheritance a relic of them, now become useless. It is certainly a remarkable fact that the minute unstriped muscles, by which the hairs thinly scattered over man’s almost naked body are erected, should have been preserved to the present day; and that they should still contract under the same emotions, namely, terror and rage, which cause the hairs to stand on end in the lower members of the order to which man belongs.

From The Expression of the Emotions in Man and Animals. Begun as a chapter in The Descent of Man, Darwin’s Expression—influential for arguing that human experience of emotions is akin to that of other animals—grew into a separate volume. The naturalist suffered from severe anxiety and once refused a position with the Royal Geological Society, writing, “Of late, anything which hurries me completely knocks me up afterward and brings on a violent palpitation of the heart.”