It has been universally remarked that in our time the several members of a family stand upon an entirely new footing toward each other, that the distance which formerly separated a father from his sons has been lessened, and that paternal authority, if not destroyed, is at least impaired.

Something analogous to this, but even more striking, may be observed in the United States. In America, the family, in the Roman and aristocratic signification of the word, does not exist. All that remains of it are a few vestiges in the first years of childhood, when the father exercises, without opposition, that absolute domestic authority which the feebleness of his children renders necessary and which their interest, as well as his own incontestable superiority, warrants. But as soon as the young American approaches manhood, the ties of filial obedience are relaxed day by day: master of his thoughts, he is soon master of his conduct. In America there is, strictly speaking, no adolescence: at the close of boyhood the man appears, and begins to trace out his own path.

It would be an error to suppose that this is preceded by a domestic struggle in which the son has obtained by a sort of moral violence the liberty that his father refused him. The same habits, the same principles which impel the one to assert his independence, predispose the other to consider the use of that independence as an incontestable right. The former does not exhibit any of those rancorous or irregular passions which disturb men long after they have shaken off an established authority; the latter feels none of that bitter and angry regret which is apt to survive a bygone power. The father foresees the limits of his authority long beforehand, and when the time arrives he surrenders it without a struggle: the son looks forward to the exact period at which he will be his own master, and he enters upon his freedom without precipitation and without effort, as a possession which is his own and which no one seeks to wrest from him.

It may perhaps not be without utility to show how these changes which take place in family relations, are closely connected with the social and political revolution which is approaching its consummation under our own observation.

Few sons are equal to their fathers; most fall short, all too few surpass them.

There are certain great social principles, which a people either introduces everywhere, or tolerates nowhere. In countries which are aristocratically constituted with all the gradations of rank, the government never makes a direct appeal to the mass of the governed: as men are united together, it is enough to lead the foremost—the rest will follow. This is equally applicable to the family, as to all aristocracies which have a head.

Among aristocratic nations, social institutions recognize, in truth, no one in the family but the father; children are received by society at his hands; society governs him, he governs them. Thus the parent has not only a natural right, but he acquires a political right to command them: he is the author and the support of his family, but he is also its constituted ruler.

In democracies, where the government picks out every individual singly from the mass to make him subservient to the general laws of the community, no such intermediate person is required: a father is there, in the eye of the law, only a member of the community, older and richer than his sons.

Perhaps the subdivision of estates which democracy brings with it contributes more than anything else to change the relations existing between a father and his children. When the property of the father of a family is scanty, his son and himself constantly live in the same place and share the same occupations: habit and necessity bring them together and force them to hold constant communication. The inevitable consequence is a sort of familiar intimacy, which renders authority less absolute and which can ill be reconciled with the external forms of respect.

Now in democratic countries the class of those who are possessed of small fortunes is precisely that which gives strength to the notions and a particular direction to the manners of the community. That class makes its opinions preponderate as universally as its will, and even those who are most inclined to resist its commands are carried away in the end by its example. I have known eager opponents of democracy who allowed their children to address them with perfect colloquial equality.

Thus, at the same time that the power of aristocracy is declining, the austere, the conventional, and the legal part of parental authority vanishes, and a species of equality prevails around the domestic hearth. I know not, upon the whole, whether society loses by the change, but I am inclined to believe that man individually is a gainer by it. I think that, in proportion as manners and laws become more democratic, the relation of father and son becomes more intimate and more affectionate; rules and authority are less talked of; confidence and tenderness are oftentimes increased, and it would seem that the natural bond is drawn closer in proportion as the social bond is loosened. 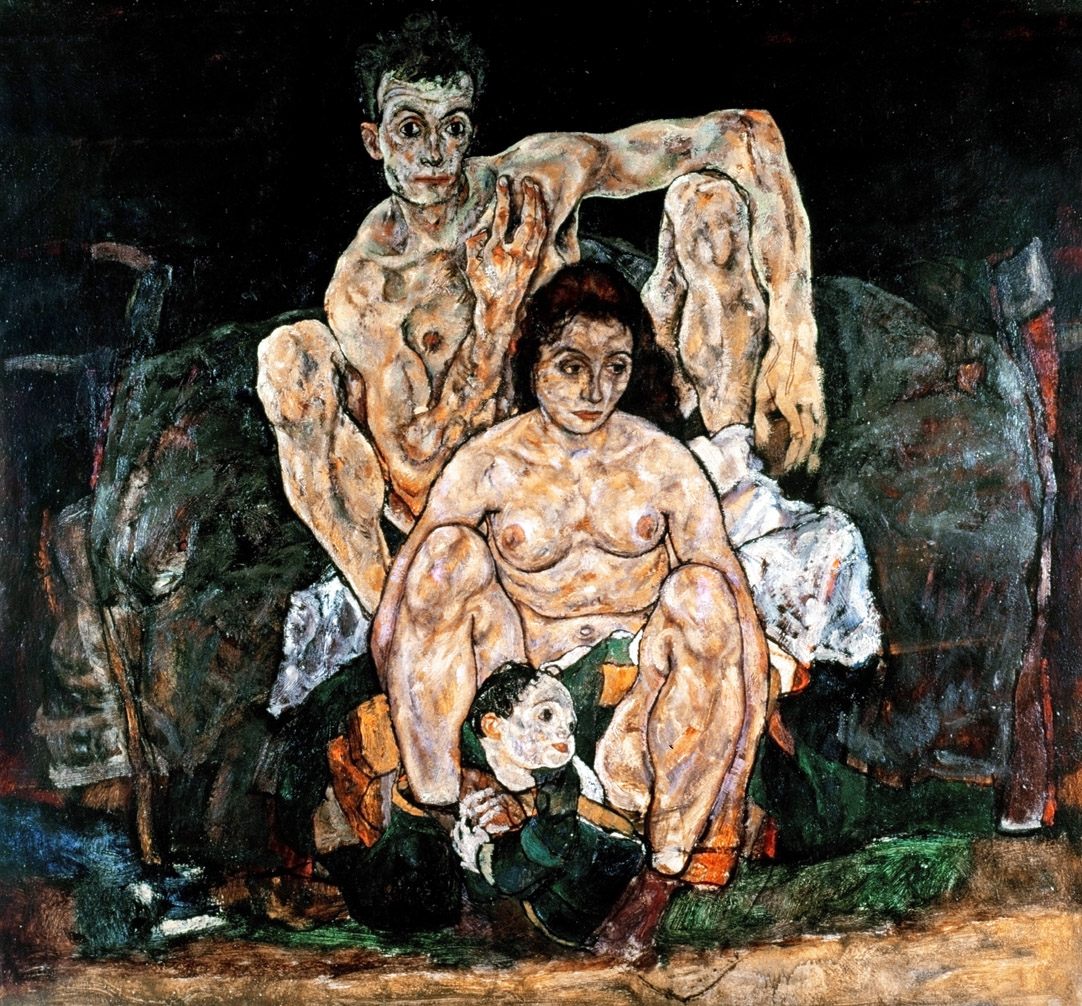 In a democratic family the father exercises no other power than that with which men love to invest the affection and the experience of age: his orders would perhaps be disobeyed, but his advice is for the most part authoritative. Though he be not hedged in with ceremonial respect, his sons at least accost him with confidence; no settled form of speech is appropriated to the mode of addressing him, but they speak to him constantly and are ready to consult him day by day: the master and the constituted ruler have vanished—the father remains.

Nothing more is needed in order to judge of the difference between the two states of society in this respect than to peruse the family correspondence of aristocratic ages. The style is always correct, ceremonious, stiff, and so cold that the natural warmth of the heart can hardly be felt in the language. The language on the contrary addressed by a son to his father in democratic countries is always marked by mingled freedom, familiarity, and affection, which at once show that new relations have sprung up in the bosom of the family.

A similar revolution takes place in the mutual relations of children. In aristocratic families, as well as in aristocratic society, every place is marked out beforehand. Not only does the father occupy a separate rank, in which he enjoys extensive privileges, but even the children are not equal among themselves. The age and sex of each irrevocably determine his rank, and secure to him certain privileges: most of these distinctions are abolished or diminished by democracy.

In aristocratic families the eldest son, inheriting the greater part of the property and almost all the rights of the family, becomes the chief, and to a certain extent the master, of his brothers. Greatness and power are for him—for them, mediocrity and dependence. Nevertheless it would be wrong to suppose that, among aristocratic nations, the privileges of the eldest son are advantageous to himself alone, or that they excite nothing but envy and hatred in those around him. The eldest son commonly endeavors to procure wealth and power for his brothers, because the general splendor of the house is reflected back on him who represents it; the younger sons seek to back the elder brother in all his undertakings, because the greatness and power of the head of the family better enable him to provide for all its branches. The different members of an aristocratic family are therefore very closely bound together; their interests are connected, their minds agree, but their hearts are seldom in harmony.

Democracy also binds brothers to each other but by very different means. Under democratic laws all the children are perfectly equal and consequently independent: nothing brings them forcibly together, but nothing keeps them apart; and as they have the same origin, as they are trained under the same roof, as they are treated with the same care, and as no peculiar privilege distinguishes or divides them, the affectionate and youthful intimacy of early years easily springs up between them. Scarcely any opportunities occur to break the tie thus formed at the outset of life, for their brotherhood brings them daily together without embarrassing them. It is not then by interest, but by common associations and by the free sympathy of opinion and of taste that democracy unites brothers to each other. It divides their inheritance, but it allows their hearts and minds to mingle together.

Democracy, which destroys or obscures almost all the old conventional rules of society, and which prevents men from readily assenting to new ones, entirely effaces most of the feelings to which these conventional rules have given rise; but it only modifies some others and frequently imparts to them a degree of energy and sweetness unknown before.

Democracy loosens social ties, but it draws the ties of nature more tight; it brings kindred more closely together, while it places the various members of the community more widely apart.

From Democracy in America. At the age of twenty-five in 1831, Tocqueville boarded a schooner with his friend Gustave de Beaumont for a government-sanctioned trip to examine the American penal system. The nine-month journey, taking him as far north as Quebec and as far south as Louisiana, inspired his four-volume magnum opus that appeared between 1835 and 1840. Tocqueville published the first part of a study of the French Revolution, The Ancien Régime and the Revolution, three years before he died in 1859.