The American government and the American Constitution are spoken of in a manner which would naturally lead the hearer to believe that the one is identical with the other, when the truth is they are as distinct in character as is a ship and a compass. The one may point right and the other steer wrong.

A chart is one thing, the course of the vessel is another. The Constitution may be right, the government wrong. If the government has been governed by mean, sordid, and wicked passions, it does not follow that the Constitution is mean, sordid, and wicked. What, then, is the question? I will state it. But first let me state what is not the question. It is not whether slavery existed in the United States at the time of the adoption of the Constitution; it is not whether slaveholders took part in framing the Constitution; it is not whether those slaveholders, in their hearts, intended to secure certain advantages in that instrument for slavery; it is not whether the American government has been wielded during seventy-two years in favor of the propagation and permanence of slavery; it is not whether a proslavery interpretation has been put upon the Constitution by the American courts—all these points may be true or they may be false, they may be accepted or they may be rejected, without in any way affecting the real question in debate. The real and exact question between myself and the class of persons represented by the speech at the City Hall [delivered by English abolitionist George Thompson] may be fairly stated thus: first, does the United States Constitution guarantee to any class or description of people in that country the right to enslave, or hold as property, any other class or description of people in that country? Second, is the dissolution of the union between slave and free states required by fidelity to the slaves, or by the just demands of conscience? Or, in other words, is the refusal to exercise the elective franchise, and to hold office in America, the surest, wisest, and best way to abolish slavery in America?

To these questions the Garrisonians say yes. They hold the Constitution to be a slave-holding instrument and will not cast a vote or hold office, and denounce all who vote or hold office, no matter how faithfully such persons labor to promote the abolition of slavery. I, on the other hand, deny that the Constitution guarantees the right to hold property in man and believe that the way to abolish slavery in America is to vote such men into power as will use their powers for the abolition of slavery. This is the issue plainly stated, and you shall judge between us.

Before we examine into the disposition, tendency, and character of the Constitution, I think we had better ascertain what the Constitution itself is. Here, too, there is much dust to be cleared away. What, then, is the Constitution? I will tell you. It is no vague, indefinite, floating, unsubstantial, ideal something, colored according to any man’s fancy, now a weasel, now a whale, and now nothing. On the contrary, it is a plainly written document, not in Hebrew or Greek but in English, beginning with a preamble, filled out with articles, sections, provisions, and clauses, defining the rights, powers, and duties to be secured, claimed, and exercised under its authority. It is a written instrument full and complete in itself. No court in America, no Congress, no president, can add a single word thereto, or take a single word therefrom. It is a great national enactment done by the people and can only be altered, amended, or added to by the people.

Bear in mind also, and the fact is an important one, that the framers of the Constitution sat with closed doors, and that this was done purposely, that nothing by the result of their labors should be seen, and that that result should be judged of by the people free from any of the bias shown in the debates.

Even though counting heads is not an ideal way to govern, at least it is better than breaking them.

These debates were purposely kept out of view, in order that the people should adopt not the secret motives or unexpressed intentions of any body, but the simple text of the paper itself. Those debates form no part of the original agreement. Where would be the advantage of a written Constitution if instead of seeking its meaning in its words, we had to seek them in the secret intentions of individuals who may have had something to do with writing the paper? What will the people of America a hundred years hence care about the intentions of the scriveners who wrote the Constitution? These men are already gone from us, and in the course of nature were expected to go from us. They were for a generation, but the Constitution is for ages.

Let us look at the objects for which the Constitution was framed and adopted and see if slavery is one of them. Here are its own objects as set forth by itself: “We, the people of these United States, in order to form a more perfect union, establish justice, ensure domestic tranquility, provide for the common defense, promote the general welfare, and secure the blessings of liberty to ourselves and our posterity, do ordain and establish this Constitution for the United States of America.” The objects here set forth are six in number: union, defense, welfare, tranquillity, justice, and liberty. These are all good objects, and slavery, so far from being among them, is a foe of them all. But it has been said that Negroes are not included within the benefits sought under this declaration. This is said by the slaveholders in America—it is said by the City Hall orator—but it is not said by the Constitution itself. Its language is “we the people”; not we the white people, not even we the citizens, not we the privileged class, not we the high, not we the low, but we the people; not we the horses, sheep, and swine and wheelbarrows, but we the people, we the human inhabitants; and if Negroes are people, they are included in the benefits for which the Constitution of America was ordained and established.

How dare any man who pretends to be a friend to the Negro thus gratuitously concede away what the Negro has a right to claim under the Constitution? Why should such friends invent new arguments to increase the hopelessness of his bondage? This, I undertake to say, as the conclusion of the whole matter, that the constitutionality of slavery can be made out only by disregarding the plain and commonsense reading of the Constitution itself; by discrediting and casting away as worthless the most beneficent rules of legal interpretation; by ruling the Negro outside of these beneficent rules; by claiming everything for slavery; by denying everything for freedom; by assuming that the Constitution does not mean what it says and that it says what it does not mean; by disregarding the written Constitution and interpreting it in the light of a secret understanding. 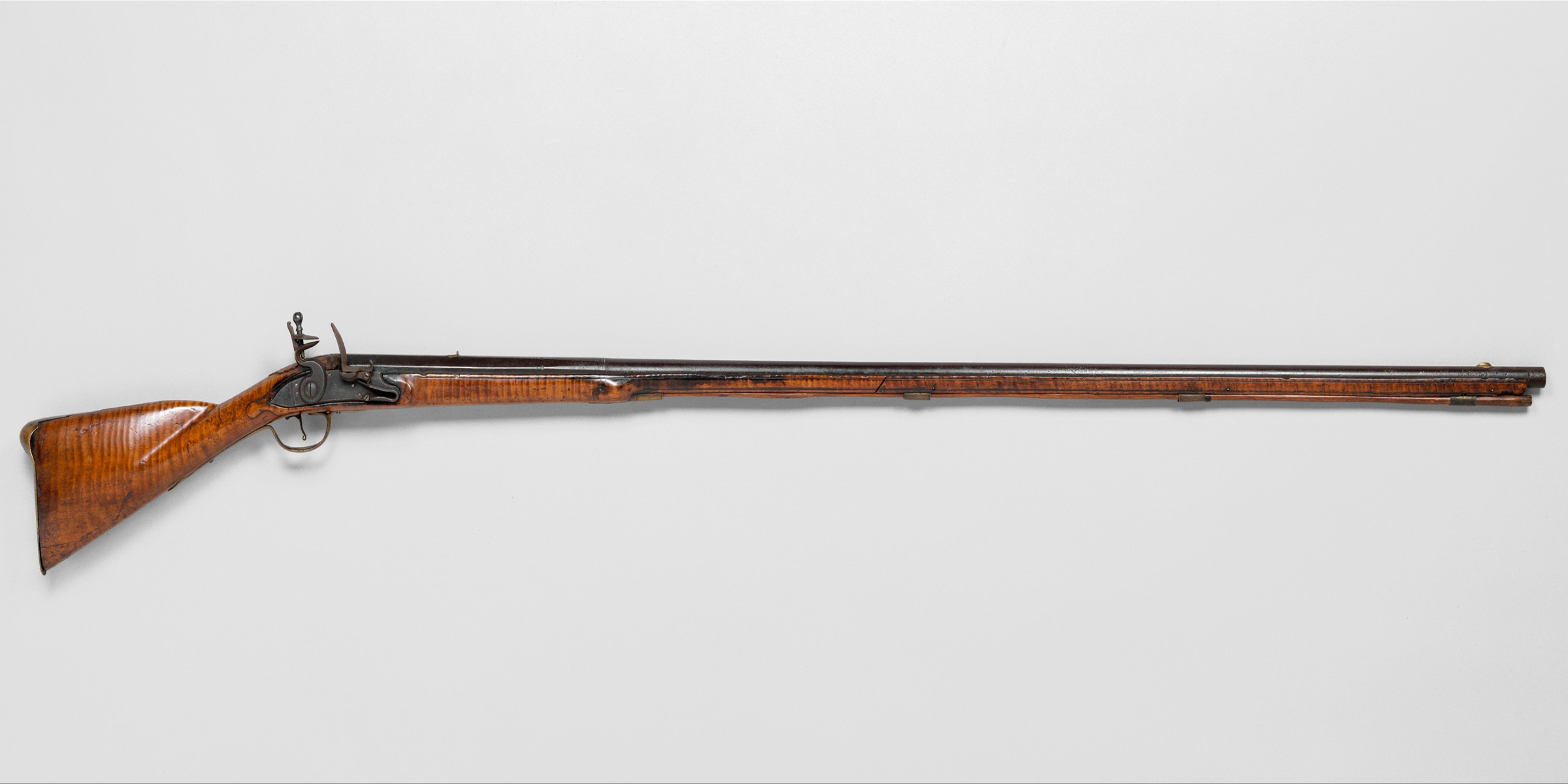 It is in this mean, contemptible, and underhand method that the American Constitution is pressed into the service of slavery. They go everywhere else for proof that the Constitution is proslavery but the Constitution itself. The Constitution declares that no person shall be deprived of life, liberty, or property without due process of law; it secures to every man the right of trial by jury, the privilege of the writ of habeas corpus—that great writ that put an end to slavery and slave hunting in England—it secures to every state a republican form of government. Any one of these provisions in the hands of abolition statesmen and backed up by a right moral sentiment would put an end to slavery in America. The Constitution forbids the passing of a bill of attainder, that is, a law entailing upon the child the disabilities and hardships imposed upon the parent. Every slave law in America might be repealed on this very ground. The slave is made a slave because his mother is a slave.

But to all this it is said that the practice of the American people is against my view. I admit it. They have given the Constitution a slave-holding interpretation. I admit it. They have committed innumerable wrongs against the Negro in the name of the Constitution. Yes, I admit it all; and I go with him who goes furthest in denouncing these wrongs. But it does not follow that the Constitution is in favor of these wrongs because the slaveholders have given it that interpretation. I am therefore for drawing the bond of the union more closely, and bringing the slave states more completely under the power of the free states. I have much confidence in the instincts of the slaveholders. They see that the Constitution will afford slavery no protection when it shall cease to be administered by slaveholders. They see, moreover, that if there is once a will in the people of America to abolish slavery, there is no word, no syllable in the Constitution to forbid that result.

My position now is one of reform, not of revolution. I would act for the abolition of slavery through the government—not over its ruins. If slaveholders have ruled the government for the last fifty years, let the antislavery men rule the nation for the next fifty years. If the South has made the Constitution bend to the purposes of slavery, let the North now make that instrument bend to the cause of freedom and justice. If 350,000 slaveholders have, by devoting their energies to that single end, been able to make slavery the vital and animated spirit of the American confederacy for the last seventy-two years, now let the freemen of the North, who have the power in their own hands and who can make the American government just what they think fit, resolve to blot out forever the foul and haggard crime, which is the blight and mildew, the curse and the disgrace of the whole United States.

From “The Constitution of the United States: Is It Pro-Slavery or Anti-Slavery?” In 1838 the twenty-year-old Frederick Bailey fled slavery in Maryland, settling in Massachusetts, where he changed his last name to Douglass and established himself as an abolitionist speaker. In 1859, fearing reprisal after his former associate John Brown led a raid on Harpers Ferry, Douglass fled once again, this time to Canada and then to Great Britain, where he delivered this speech before the Scottish Anti-Slavery Society. He returned to the United States in May 1860, less than a year before the outbreak of the Civil War.

Clad in Robes of Spotless White