Letter to an editor at Alfred A. Knopf,

The dream of every rejected author must be to see, like sugarplums dancing in his head, please-can’t-we-see-your-next-manuscript letters standing in piles on his desk, all coming from publishing companies that rejected his previous manuscript, especially from the more pompous of the fatted cows grazing contentedly in the publishing field. I am sure that under the influence of those dreams some of the finest fuck-you prose in the English language has been composed, but alas, never published.

You must have known that Alfred A. Knopf turned down my first collection of stories after playing games with it, or at least the game of cat’s paw, now rolling it over and saying they were going to publish it, and then rolling it on its back when the president of the company announced it wouldn’t sell. So I can’t understand how you could ask if I’d submit my second manuscript to Alfred A. Knopf, unless you don’t know my race of people.

Whenever I receive a statement of the sales of A River Runs Through It from the University of Chicago Press, I see that someone has written across the bottom of it, “Hurrah for Alfred A. Knopf.” I can now only weakly say this: if the situation ever arose when Alfred A. Knopf was the only publishing house remaining in the world and I was the sole remaining author, that would mark the end of the world of books. 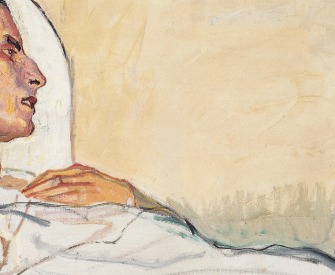 Percy Bysshe Shelley on language and the imagination.More