Death in Venice grew out of a trip Thomas Mann took to Italy in 1911, during which time he learned of his acquaintance Gustav Mahler’s death in Vienna; he cut out a newspaper photograph of the composer and relied on it for describing Gustav Aschenbach. A year later Mann spent time visiting his wife while she was in a tuberculosis sanitarium, and he reworked the hospital’s mise-en-scène for his novel The Magic Mountain, which was published in 1924. He received the Nobel Prize for Literature in 1929.

Disease makes men more physical, it leaves them nothing but body. 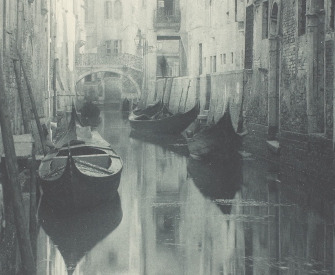 Death and Depravity in Venice

Embracing “the voluptuousness of doom” amid a cholera outbreak. More

Vladimir Nabokov referred to Thomas Mann once as a “quack” and to Ezra Pound as “that total fake.”