The Greeks lay out their forums in the form of a square surrounded by very spacious double colonnades, adorn them with columns set rather closely together with entablatures of stone or marble, and construct walks above in the upper story. But in the cities of Italy, the same method cannot be followed, for the reason that it is a custom handed down from our ancestors that gladiatorial shows should be given in the forum.

Therefore let the intercolumniations round the show place be pretty wide; round about in the colonnades put the bankers’ offices, and have balconies on the upper floor properly arranged so as to be convenient—and to bring in some public revenue.

The size of a forum should be proportionate to the number of inhabitants so that it may not be too small a space to be useful, nor look like a desert waste for lack of population. To determine its breadth, divide its length into three parts and assign two of them to the breadth. Its shape will then be oblong, and its ground plan conveniently suited to the conditions of shows.

After the forum has been arranged, next, for the purpose of seeing plays or festivals of the immortal gods, a site as healthy as possible should be selected for the theater. For when plays are given, the spectators, with their wives and children, sit through them spellbound, and their bodies, motionless from enjoyment, have the pores open, into which blowing winds find their way. If these winds come from marshy districts or from other unwholesome quarters, they will introduce noxious exhalations into the system. Hence, such faults will be avoided if the site of the theater is somewhat carefully selected.

We must also beware that it doesn’t have a southern exposure. When the sun shines full upon the rounded part of it, the air, being shut up in the curved enclosure and unable to circulate, stays there and becomes heated, and getting glowing hot it burns up, dries out, and impairs the fluids of the human body. For these reasons, sites which are unwholesome in such respects are to be avoided, and healthy sites selected. 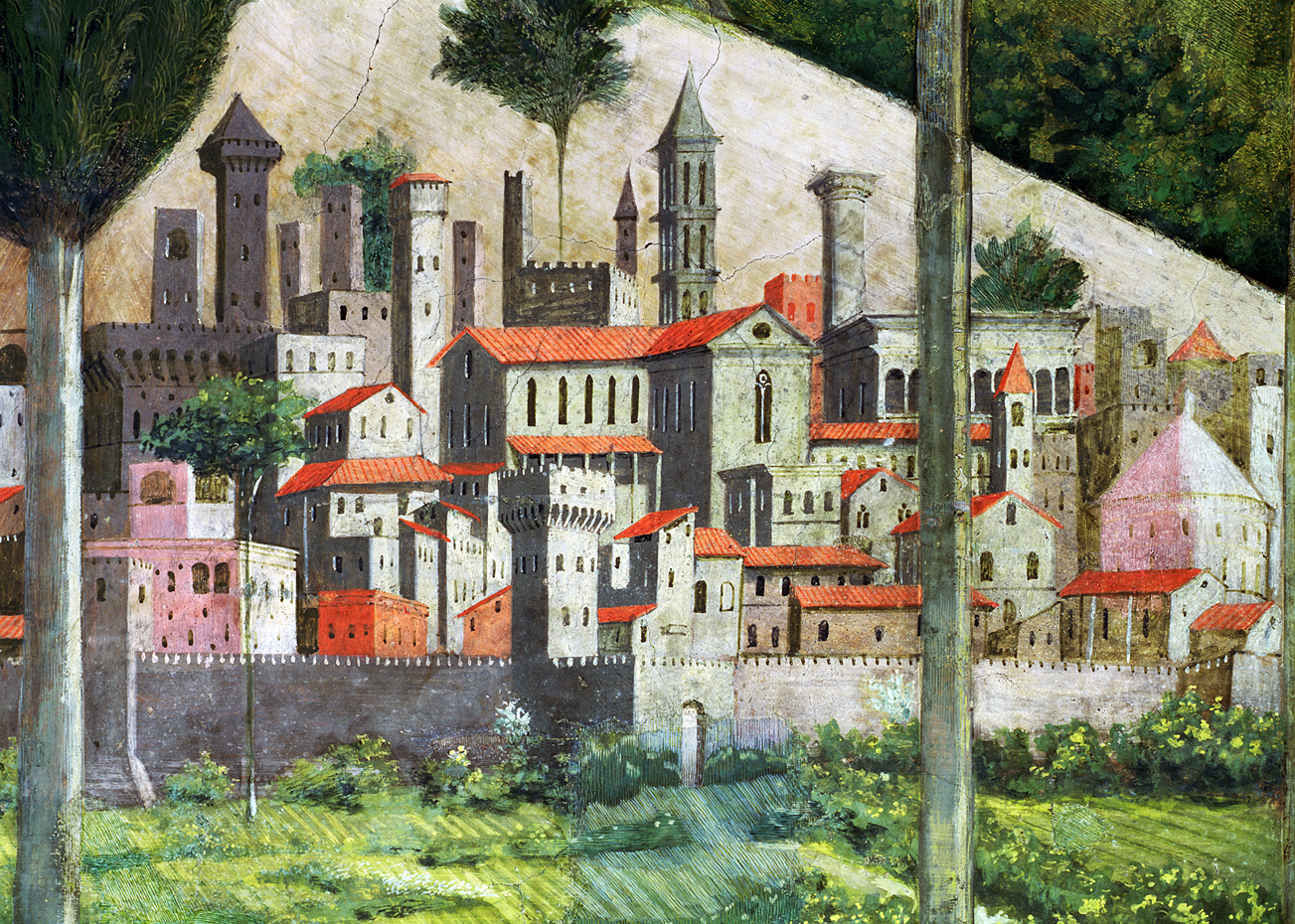 The curved, cross aisles should be constructed in proportionate relation, it is thought, to the height of the theater, but not higher than the footway of the passage is broad. If they are loftier, they will throw back the voice and drive it away from the upper portion, thus preventing the case endings of words from reaching with distinct meaning the ears of those who are in the uppermost seats above the cross aisles. In short, it should be so contrived that a line drawn from the lowest to the highest seat will touch the top edges and angles of all the seats. Thus the voice will meet with no obstruction.

From On Architecture. While the life of the Roman architect remains obscure, his ten-book treatise served as a touchstone for city planners and artists working through the Renaissance and the baroque period. Leonardo da Vinci derived his “Vitruvian Man” from a passage in Book III in which the author attributes the design of classical architecture to the proportions of the human figure.

The difference between a father and a tyrant.More