There are only three pianists who deserve serious attention, namely, Chopin, the charming poet of sweet sounds but who unfortunately was all this winter very ill and little visible; then Thalberg, the musical gentleman, who has no need to touch the piano to be everywhere welcomed and who really seems to regard his talent as a simple attribute; and then our dear Liszt, who, in spite of all perversities and asperities, always remains our dear Liszt and at this moment has again agitated the beau monde of Paris.

Yes, he is here, our Franz Liszt, the wandering knight of all possible orders (excepting that of the French cross of the Legion of Honor, which Louis Philippe will not give to any virtuoso); he is here, the Hohenzollern-Hechingen Court Councilor, the Doctor of Philosophy and of double quavers, or of all imaginable crotchets, the miraculous Doctor of Music, the again-arisen rat catcher of Hameln, the new Faust, who is always followed by a poodle in the form of Belloni, the ennobled and yet noble Franz Liszt! He is here, the modern Amphion, who by the sound of his chords set the stones for building the Cathedral of Cologne in motion so that they came together, as did those of the walls of Thebes! He is here, the modern Homer, whom all Germany, Hungary, and France, the three greatest countries, claim as their native child, while only seven small provincial towns contended for the singer of the Iliad! He is here—the Attila, the scourge of God for all the pianos of Erard, which tremble already at the news of his coming, and which now once more are convulsed, bleed, and wail under his hands, so that the Society for the Protection of Animals really ought to look after them! He is here, the mad, handsome, ugly, enigmatic, terrible, and often very childish, child of his time, the gigantic dwarf, the Orlando Furioso with the Hungarian Sword of Honor, the soundly well-today and ill-tomorrow Franz Liszt, whose magic power compels us, whose genius enchants us, the genial Jack Fool (Hans Narr), whose nonsense bewilders our own senses, and to whom we will in any case show the loyal service of making known the great furor which he is here exciting. We confirm candidly the fact of his immense success, but in what manner we interpret this fact according to our own private opinion, or whether we accord to, or withhold our private approbation from the distinguished virtuoso, will probably be to him a matter of the utmost indifference, seeing that our voice is only the voice of a single individual and our authority in the art of music is of no remarkable importance.

When I heard some time ago of the vertigo which broke out in Germany, and chiefly in Berlin, when Liszt showed himself there, I shrugged my shoulders pityingly, and said to myself, “Our Germany of Sabbath-like stillness, placid in its calm repose, will not miss the opportunity to take a little lawful exercise.” 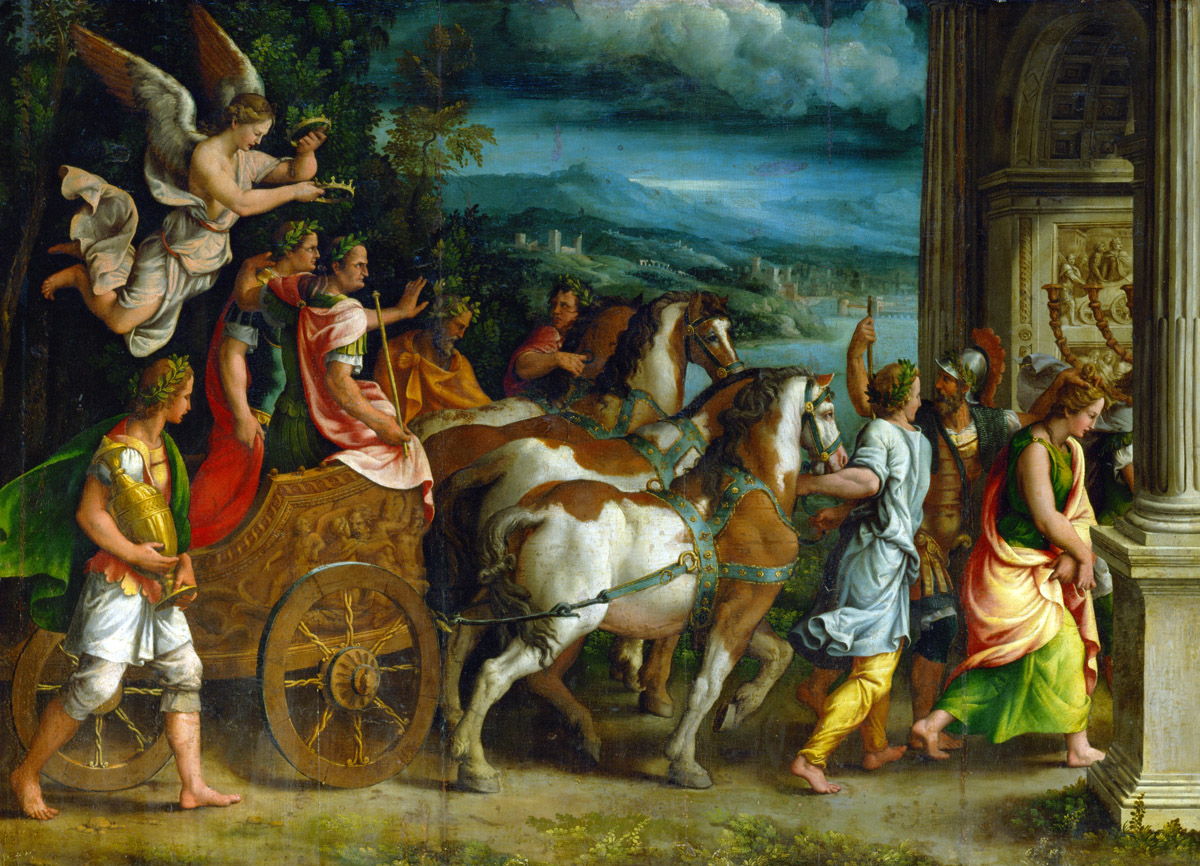 They only make a riot, as I thought, for rioting’s sake, and for a row per se, no matter what the cause of it may be called—George Herwegh, Saphir, Franz Liszt, or Fanny Elssler; if Herwegh is forbidden, then they take the unobjectionable and uncompromising Liszt. So I thought, and so I explained Lisztomania to myself, and took it for a sign of the want of political liberty beyond the Rhine. And yet I erred, and that I perceived last week in the Italian Opera House, where Liszt gave his first concert, and that before an assembly which might well be called the flower of Parisian society. Certainly they were wide-awake people, men familiar with the greatest events of our time, who had more or less acted long in its great drama; among them many superannuated invalids of all artistic pleasures, the most wearied men of action and women much more tired out—for they had been dancing the polka through all the winter—a multitude of busy and blasé souls. Truly it was not a German-sentimental, affectedly sensitive Berlin public before which Liszt played all alone, or rather accompanied only by his genius. And yet how powerful, how startling was the effect of his mere appearance! How vehement was the applause which greeted him! Bouquets were thrown at his feet. It was a grand sight to see how calmly he in his triumph let the bouquets of flowers fall on him, and then placed, while gracefully smiling, a red camellia, which he had plucked from one of the bouquets, in his buttonhole. This he did in the presence of some young soldiers just returned from Africa, where they had seen, not flowers, but leaden bullets rain on them, and their breasts had been decorated with the red camellias of their own heart’s blood, without the world here taking any special note thereof. “How strange it is!” I thought, “that these Parisians, who have seen Napoleon, who had to make war on war to secure their attention, are now applauding our Franz Liszt!” And what tremendous rejoicing and applause!—a delirium unparalleled in the annals of furor! And what is the real cause of this phenomenon? The solution of the question belongs rather to the province of pathology than to that of aesthetics. The electric action of a demonic nature on a closely pressed multitude, the contagious power of the ecstasy, and perhaps a magnetism in music itself, which is a spiritual malady which vibrates in most of us—all these phenomena never struck me so significantly or so painfully as in this concert of Liszt. A physician whose speciality is the disorders of women and with whom I conversed as to the magic which our Liszt exercises on his public, smiled mysteriously and told many things of magnetism, galvanism, electricity, of contagion in an overheated hall, in which are a vast number of wax candles, and as many perfumed, perspiring mortals, of histrionic epilepsies or stage fever, of the phenomena of tickling, of musical cantharides, and other ticklish subjects, which have, I believe, relation to the mysteries of the Bona Dea. Yet perhaps the real solution of the question does not lie in such deep and strange mysteries but on a very prosaic superficial surface, which is that the whole enchantment, as it seems to me, is that nobody in the world knows how to organize “successes,” or rather their mise en scènes, so well as our Franz Liszt. In this art he is a genius.

From “The Musical Season of 1844.” Composing at the age of nine, Liszt studied composition with Antonío Salieri in Vienna, where he also met Beethoven. The virtuoso went on a sensational eight-year tour beginning in 1839, enjoying gifts and mistresses, while still writing music. Born in Düsseldorf in 1797, Heine established his literary reputation in 1827 with The Book of Songs, poems that have been frequently set to music.