One and the same civilization produces simultaneously two such different things as a poem by T. S. Eliot and a Tin Pan Alley song, or a painting by Braque and a Saturday Evening Post cover. All four are on the order of culture, and ostensibly parts of the same culture and products of the same society. Here, however, their connection seems to end. A poem by Eliot and a poem by Eddie Guest—what perspective of culture is large enough to enable us to situate them in an enlightening relation to each other? Does the fact that a disparity such as this within the frame of a single cultural tradition, which is and has been taken for granted—does this fact indicate that the disparity is a part of the natural order of things? Or is it something entirely new, and particular to our age?

A society, as it becomes less and less able in the course of its development to justify the inevitability of its particular forms, breaks up the accepted notions upon which artists and writers must depend in large part for communication with their audiences. It becomes difficult to assume anything. All the verities involved by religion, authority, tradition, style, are thrown into question, and the writer or artist is no longer able to estimate the response of his audience to the symbols and references with which he works. In the past such a state of affairs has usually resolved itself into a motionless Alexandrianism, an academicism in which the really important issues are left untouched because they involve controversy, and in which creative activity dwindles to virtuosity in the small details of form, all larger questions being decided by the precedent of the old masters. The same themes are mechanically varied in a hundred different works, and yet nothing new is produced: Statius, Mandarin verse, Roman sculpture, Beaux Arts painting, neorepublican architecture.

It is among the hopeful signs in the midst of the decay of our present society that we—some of us—have been unwilling to accept this last phase for our own culture. In seeking to go beyond Alexandrianism, a part of Western bourgeois society has produced something unheard of heretofore: avant-garde culture.

True, the first settlers of bohemia—which was then identical with the avant-garde—turned out soon to be demonstratively uninterested in politics. Nevertheless, without the circulation of revolutionary ideas in the air, they would never have been able to isolate their concept of the bourgeois in order to define what they were not. Nor, without the moral aid of revolutionary political attitudes would they have had the courage to assert themselves as aggressively as they did against the prevailing standards of society. Courage indeed was needed for this, because the avant-garde’s emigration from bourgeois society to bohemia meant also an emigration from the markets of capitalism, upon which artists and writers had been thrown by the falling away of aristocratic patronage. Ostensibly, at least, it meant starving in a garret—although the avant-garde remained attached to bourgeois society precisely because it needed its money. 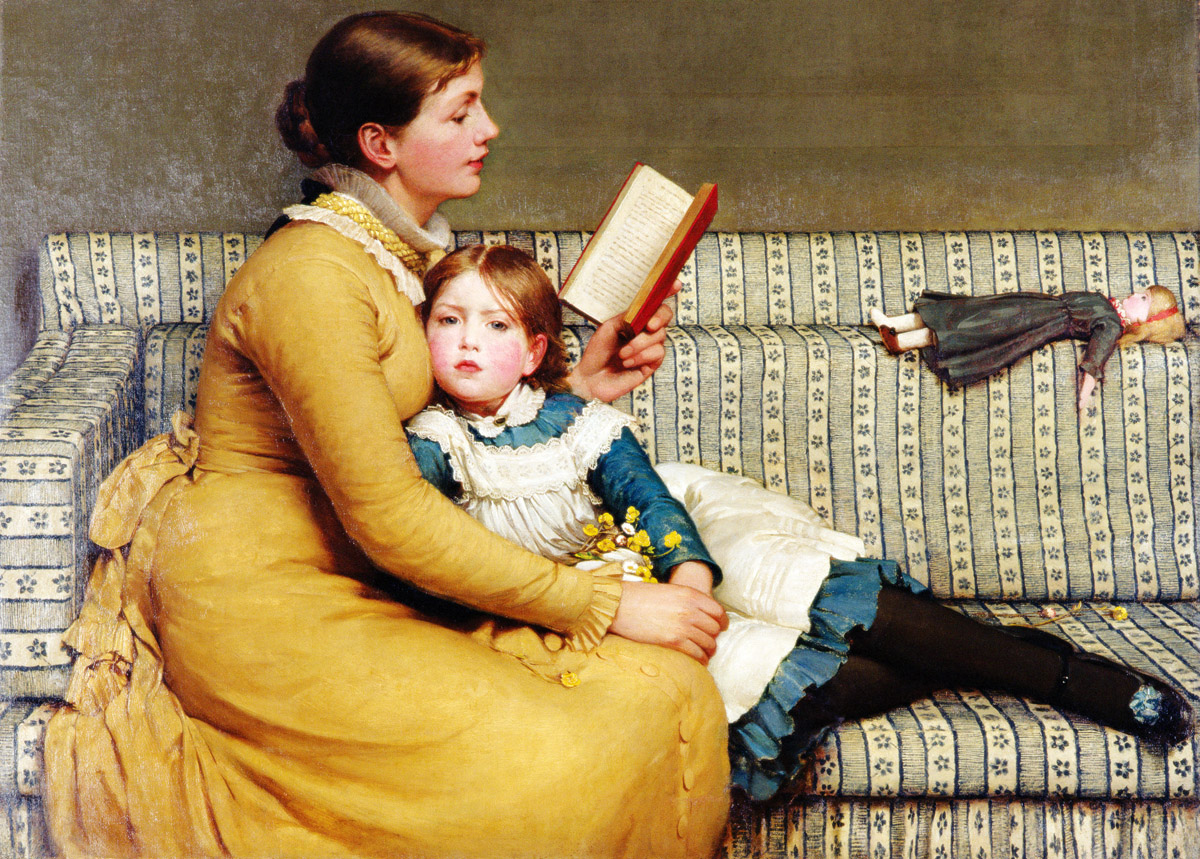 Yet it is true that once the avant-garde had succeeded in detaching itself from society, it proceeded to turn around and repudiate revolutionary as well as bourgeois politics. The revolution was left inside society, a part of that welter of ideological struggle which art and poetry find so unpropitious as soon as it begins to involve those precious axiomatic beliefs upon which culture thus far has had to rest. Hence it developed that the true and most important function of the avant-garde was not to experiment, but to find a path along which it would be possible to keep culture moving in the midst of ideological confusion and violence. Retiring from the public altogether, the avant-garde poet or artist sought to maintain the high level of his art by both narrowing and raising it to the expression of an absolute. “Art for art’s sake” and “pure poetry” appear, and subject matter or content becomes something to be avoided like a plague.

It has been in search of the absolute that the avant-garde has arrived at abstract or nonobjective art—and poetry, too. The avant-garde poet or artist tries in effect to imitate God by creating something valid solely on its own terms, in the way nature itself is valid, in the way a landscape—not its picture—is aesthetically valid; something given, increate, independent of meanings, similars, or originals. Content is to be dissolved so completely into form that the work of art or literature cannot be reduced in whole or in part to anything not itself.

But the absolute is absolute, and the poet or artist, being what he is, cherishes certain relative values more than others. The very values in the name of which he invokes the absolute are relative values, the values of aesthetics. And so he turns out to be imitating, not God—and here I use “imitate” in its Aristotelian sense—but the disciplines and processes of art and literature themselves. This is the genesis of the abstract. In turning his attention away from subject matter of common experience, the poet or artist turns it in upon the medium of his own craft. The nonrepresentational or abstract, if it is to have aesthetic validity, cannot be arbitrary and accidental, but must stem from obedience to some worthy constraint or original. This constraint, once the world of common, extroverted experience has been renounced, can only be found in the very processes or disciplines by which art and literature have already imitated the former. These themselves become the subject matter of art and literature. If, to continue with Aristotle, all art and literature are imitation, then what we have here is the imitation of imitating. To quote Yeats: “Nor is there singing school but studying/Monuments of its own magnificence.” Picasso, Braque, Mondrian, Miró, Kandinsky, Brancusi, even Klee, Matisse, and Cézanne derive their chief inspiration from the medium they work in. The excitement of their art seems to lie most of all in its pure preoccupation with the invention and arrangement of spaces, surfaces, shapes, colors, etc., to the exclusion of whatever is not necessarily implicated in these factors. The attention of poets like Rimbaud, Mallarmé, Valéry, Éluard, Pound, Hart Crane, Stevens, even Rilke and Yeats, appears to be centered on the effort to create poetry and on the moments themselves of poetic conversion, rather than on experience to be converted into poetry.

The avant-garde’s specialization of itself, the fact that its best artists are artists’ artists, its best poets, poets’ poets, has estranged a great many of those who were capable formerly of enjoying and appreciating ambitious art and literature, but who are now unwilling or unable to acquire an initiation into their craft secrets. The masses have always remained more or less indifferent to culture in the process of development. But today such culture is being abandoned by those to whom it actually belongs—our ruling class. For it is to the latter that the avant-garde belongs. No culture can develop without a social basis, without a source of stable income. And in the case of the avant-garde, this was provided by an elite among the ruling class of that society from which it assumed itself to be cut off, but to which it has always remained attached by an umbilical cord of gold. The paradox is real. And now this elite is rapidly shrinking. Since the avant-garde forms the only living culture we now have, the survival of culture in general is thus threatened.

We must not be deceived by local successes. Picasso’s shows still draw crowds, and T. S. Eliot is taught in the universities; the dealers in modernist art are still in business, and the publishers still publish some “difficult” poetry. But the avant-garde itself, already sensing the danger, is becoming more and more timid every day that passes. Academicism and commercialism are appearing in the strangest places. This can mean only one thing: that the avant-garde is becoming unsure of the audience it depends on—the rich and the cultivated.

From “Avant-Garde and Kitsch.” In the 1930s Greenberg worked for the U.S. Customs Service during the day, writing art criticism at night. After this essay appeared, he joined The Nation, becoming Jackson Pollock’s earliest champion, frequently scolding the Museum of Modern Art for not recognizing the painter’s talent. MoMA now owns more than eighty works by the Abstract Expressionist.