Fifty-seven buzzards, one on each of fifty-seven fence posts at the Rancho El Tejon, on a mirage-breeding September morning, sat solemnly while the white tilted travelers’ vans lumbered down the Canada de los Uvas. After three hours they had only clapped their wings, or exchanged posts. The season’s end in the vast dim valley of the San Joaquin is palpitatingly hot, and the air breathes like cotton wool. Through it all the buzzards sit on the fences and low hummocks, with wings spread fanwise for air. There is no end to them, and they smell to heaven. Their heads droop, and all their communication is a rare, horrid croak.

The increase of wild creatures is in proportion to the things they feed upon: the more carrion, the more buzzards. The end of the third successive dry year bred them beyond belief. The first year, quail mated sparingly; the second year, the wild oats matured no seed; the third, cattle died in their tracks with their heads toward the stopped watercourses. And that year the scavengers were as black as the plague all across the mesa and up the treeless, tumbled hills. On clear days they betook themselves to the upper air, where they hung motionless for hours. That year there were vultures among them, distinguished by the white patches under the wings. All their offensiveness notwithstanding, they have a stately flight. They must also have what pass for good qualities among themselves, for they are social, not to say clannish.

It is a very squalid tragedy, that of the dying brutes and the scavenger birds. Death by starvation is slow. The heavy-headed, rack-boned cattle totter in the fruitless trails; they stand for long, patient intervals; they lie down and do not rise. There is fear in their eyes when they are first stricken but afterward only intolerable weariness. I suppose the dumb creatures know nearly as much of death as do their betters, who have only the more imagination. Their even-breathing submission after the first agony is their tribute to its inevitableness. It needs a nice discrimination to say which of the basket-ribbed cattle is likeliest to afford the next meal, but the scavengers make few mistakes. One stoops to the quarry, and the flock follows.

Cattle once down may be days in dying. They stretch out their necks along the ground and roll up their slow eyes at longer intervals. The buzzards have all the time, and no beak is dropped or talon struck until the breath is wholly passed. It is doubtless the economy of nature to have the scavengers by to clean up the carrion, but a wolf at the throat would be a shorter agony than the long stalking and sometime perchings of these loathsome watchers. Suppose now it were a man in this long-drawn, hungrily-spied-upon distress! When Timmie O’Shea was lost on Armagosa Flats for three days without water, Long Tom Basset found him, not by any trail, but by making straightaway for the points where he saw buzzards stooping. He could hear the beat of their wings, Tom said, and trod on their shadows, but O’Shea was past recalling what he thought about things after the second day. My friend Ewan told me, among other things, when he came back from San Juan Hill, that not all the carnage of battle turned his bowels as the sight of slant black wings rising flockwise before the burial squad.

The fox knows lots of tricks, the hedgehog only one—but it’s a winner.

There are three kinds of noises buzzards make—it is impossible to call them notes—raucous and elemental. There is a short croak of alarm, and the same syllable in a modified tone to serve all the purposes of ordinary conversation. The old birds make a kind of throaty chuckling to their young, but if they have any love song I have not heard it. The young yawp in the nest a little, with more breath than noise. It is seldom one finds a buzzard’s nest, seldom that grownups find a nest of any sort; it is only children to whom these things happen by right. But by making a business of it one may come upon them in wide, quiet canyons, or on the lookouts of lonely, table-topped mountains, three or four together, in the tops of stubby trees or on rotten cliffs well open to the sky.

It is probable that the buzzard is gregarious, but it seems unlikely from the small number of young noted at any time that every female incubates each year. The young birds are easily distinguished by their size when feeding, and high up in air by the worn primaries of the older birds. It is when the young go out of the nest on their first foraging that the parents, full of a crass and simple pride, make their indescribable chucklings of gobbling, gluttonous delight. The little ones would be amusing as they tug and tussle, if one could forget what it is they feed upon.

One never comes any nearer to the vulture’s nest or nestlings than hearsay. They keep to the southerly Sierras, and are bold enough, it seems, to do killing on their own account when no carrion is at hand. They dog the shepherd from camp to camp, the hunter home from the hill, and will even carry away offal from under his hand.

The vulture merits respect for his bigness and for his bandit airs, but he is a somber bird, with none of the buzzard’s frank satisfaction in his offensiveness.

The least objectionable of the inland scavengers is the raven, frequenter of the desert ranges, the same called locally “carrion crow.” He is handsomer and has such an air. He is nice in his habits and is said to have likable traits. A tame one in a Shoshone camp was the butt of much sport and enjoyed it. He could all but talk, but was an arrant thief. The raven will eat most things that come his way—eggs and young of ground-nesting birds, seeds even, lizards and grasshoppers, which he catches cleverly; and whatever he is about, let a coyote trot never so softly by, the raven flaps up and after; for whatever the coyote can pull down or nose out is meat also for the carrion crow.

And never a coyote comes out of his lair for killing in the country of the carrion crows but looks up first to see where they may be gathering. It is a sufficient occupation for a windy morning, on the lineless, level mesa, to watch the pair of them eying each other furtively, with a tolerable assumption of unconcern, but no doubt with a certain amount of good understanding about it. Once at Red Rock, in a year of green pasture, which is a bad time for the scavengers, we saw two buzzards, five ravens, and a coyote feeding on the same carrion, and only the coyote seemed ashamed of the company. 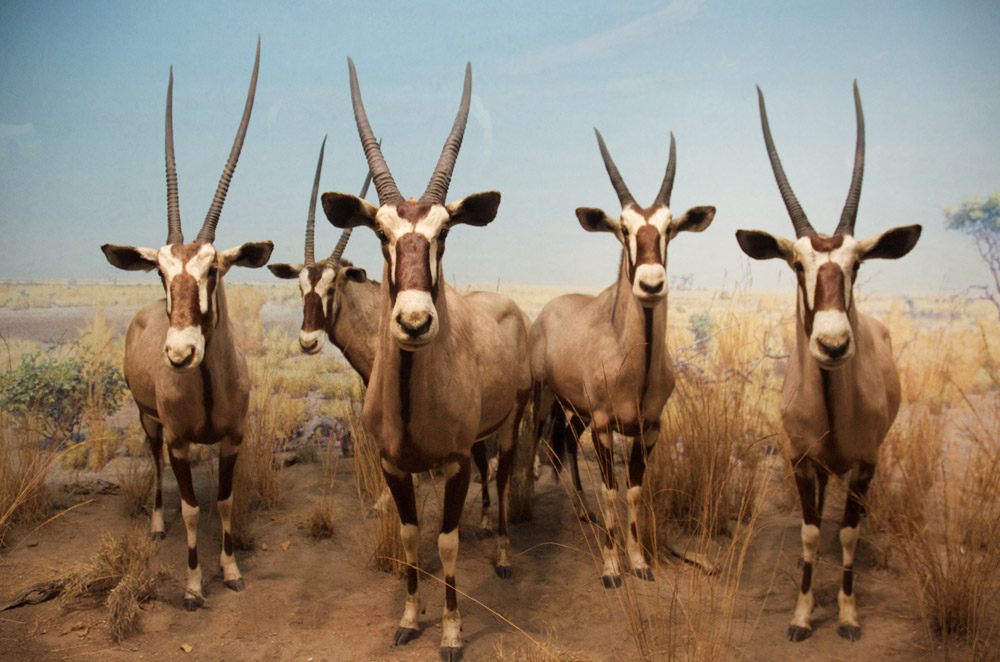 Probably we never fully credit the interdependence of wild creatures and their cognizance of the affairs of their own kind. When the five coyotes that range the Tejon from Pasteria to Tunawai planned a relay race to bring down an antelope strayed from the band, beside myself to watch, an eagle swung down from Mt. Pinos, buzzards materialized out of invisible ether, and hawks came trooping like small boys to a street fight. Rabbits sat up in the chaparral and cocked their ears, feeling themselves quite safe for the once as the hunt swung near them. Nothing happens in the deep wood that the blue jays are not all agog to tell. The hawk follows the badger, the coyote the carrion crow, and from their aerial stations the buzzards watch each other. What would be worth knowing is how much of their neighbor’s affairs the new generations learn for themselves, and how much they are taught of their elders.

From The Land of Little Rain. Austin began to write the pieces that comprise this book in the fall of 1900—when “life stood at a breathing pause between the old ways and the new”—and published the titular sketch in 1903 in The Atlantic Monthly; it appeared immediately following Frederick Jackson Turner’s essay “Contributions of the West to American Democracy.” In The Land of Little Rain, Austin observed, “Desert is a loose term to indicate land that supports no man; whether the land can be bitted and broken to that purpose is not proven.”

At Bergen-Belsen, hunger crushes the spirit.More