During July and August the cholera, which first appeared on the Caspian Sea, spread gradually over Russia and got a foothold in Germany, France, and Austria. Before the end of August, cholera in an aggravated form had broken out in Hamburg, a city of about 360,000, on the river Elbe at its junction with the Elster, and sixty miles from the sea.

From Hamburg come to this country a large percentage of the Russian and Polish emigrants, and there is a large fleet of steamers belonging to the Hamburg American Packet Company plying between the German city and New York. The smaller of the ships of this line carry few except steerage passengers, but the large boats, such as the Normannia and the Columbia, touch at Southampton, in England, and usually carry a full complement of saloon passengers.

In August a number of Russian Jews arrived in Hamburg to take passage for America. It was found that there was cholera among them. No announcement was made of this fact by the public authorities of Hamburg, but the infected persons and those suspected of infection were isolated in a camp above the city and on the banks of the Elbe, into which the drainage from the camp emptied. The water for drinking and cooking in Hamburg comes from the Elbe. In a little while there were cases of cholera in Hamburg and among the regular residents of the city. These cases were also concealed by the authorities, and it was not known in Hamburg till the plague had become epidemic that cholera had reached that town. On August 17 the Moravia, a two-masted steamer of the Hamburg line, sailed from that city with 385 steerage passengers, and she brought with her a clean bill of health from the American consul, who certified that when the ship sailed, there were no infectious or contagious diseases prevailing in Hamburg. The American consul was deceived, like the rest of the world. The Moravia arrived in the lower New York Bay Tuesday night, August 30, and the next morning she had anchored near the quarantine station on Staten Island, and close by several other ships that arrived during Tuesday night.

When the health officer boarded the Moravia, he was blandly told by the captain and the ship’s surgeon that the boat had a clean bill of health, and that they were in a hurry to get into the ship’s dock. An examination of the surgeon’s report showed that there had been twenty-four cases of “cholerine” and twenty-two deaths during the voyage. The health officer at once ordered that the Moravia should steam to lower Quarantine, in the outer bay. A little examination showed that the “cholerine” on the Moravia was Asiatic cholera of the most fatal type, as 90 percent of those attacked died, and died quickly after showing the first symptoms. When 50 percent of those attacked by cholera succumb, the disease is considered to be very virulent. It is unlikely that those on the Moravia had proper nursing or medical attention. The doctor had not even taken the temperature of those who were ill. 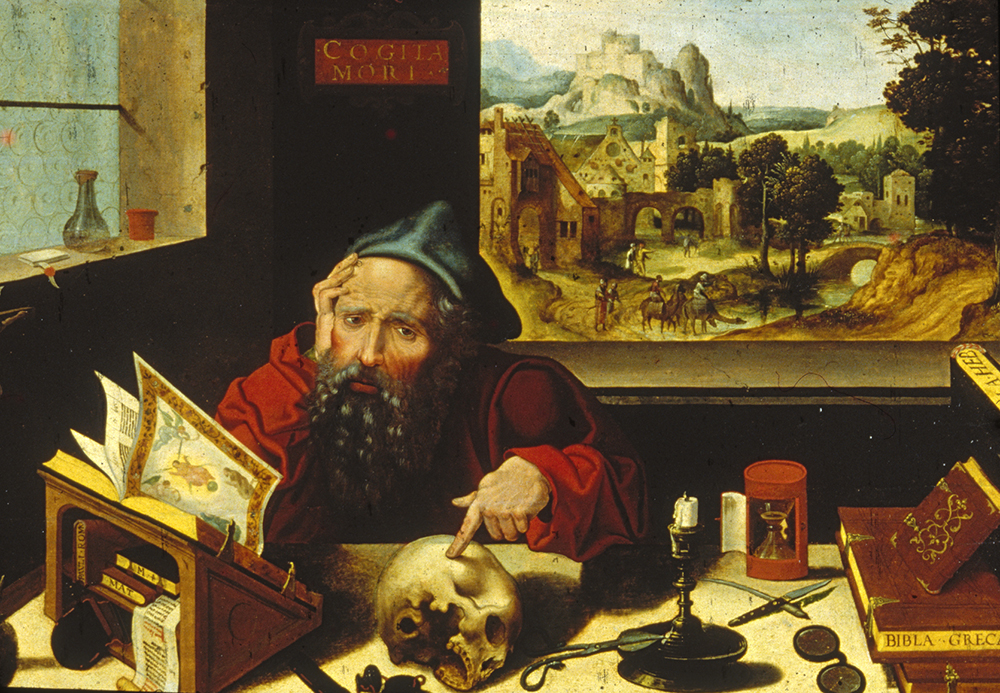 When on Wednesday afternoon it was announced that there was cholera on a ship in the bay, there was a good deal of excitement in New York and the rest of the country. The president of the United States issued a proclamation declaring that all ships sailing from infected ports after the date of the proclamation should be kept in quarantine for twenty days after their arrival in any port of this country.

During the next forty-eight hours, there were many arrivals of ships, and all of those from Europe were detained a longer time than is usual, and the examinations were less perfunctory than at ordinary times and when the surgeon reports that all on board are well. But there were no new cases. Meantime the board of health in New York and the civic authorities were bestirring themselves to fight the plague should it get ashore. Streets were flushed with water and disinfected, and the board of health issued rules by which people should be guided in their efforts to prevent taking the cholera. At Quarantine, where the health officer had an entirely inadequate force of assistants, everyone appeared to be overworked, but Dr. Jenkins seemed always to be cheerful, and full of hope that he would succeed in keeping the plague out of the city.

On Saturday, September 3, three more ships of the Hamburg-American line arrived in the lower bay. These were the Normannia, the Rugia, and the Stubbenhuk. The last of these boats, with 232 steerage passengers aboard, was free from infection, but the Rugia, which had sailed from Hamburg on August 21 with 98 cabin and 436 steerage passengers on board, and had touched at Havre two days later, reported several deaths from cholera at sea. And the Normannia, which had sailed from Hamburg August 26, and Southampton August 27, and which carried 488 cabin passengers and 482 steerage passengers, also had had cholera deaths at sea. Among the cabin passengers on this ship were many prominent New York people. All the deaths on both ships were in the steerage. That day there was also another death on the Moravia. The State of New York owns two islands in the lower bay, and these are used for quarantine purposes. To Hoffman Island the steerage passengers from the infected ships were taken and bathed while the ships were being disinfected. To Swinburne Island were taken those who were sick with the cholera or suspected of infection. What was to be done with the cabin passengers on the Normannia and the Rugia became at once a serious question. Just here the foresight of the quarantine authorities appears to have been very greatly at fault. Here were nearly six hundred well people shut up in infected ships on which deaths from the infection were of daily occurrence, with the only water aboard that from the polluted Elbe. For many days there was no practical solution of this problem, and from the ships came daily pathetic appeals for help and indignant protests against what the imprisoned passengers thought official heartlessness and incompetency.

Everyone who is sick is someone else’s patient zero.

The record of Tuesday was one death and twelve new cases in the lower bay. The cholera seemed to have got hold of the crew of the Normannia, for four of those stricken that day were in the forecastle of this ship, still crowded with cabin passengers. Secretary of the Treasury Charles Foster offered to Dr. Jenkins the government reservation on Sandy Hook as a camp of refuge for these passengers, but Dr. Jenkins arrived at no decision as to accepting it. The next day eight more of the Normannia’s crew were stricken and two of the Rugia’s steerage, but there were no deaths. Dr. Jenkins this day said that he preferred Fire Island, where there is a summer hotel and cottages, for the healthy passengers of the Normannia and Rugia. Nothing was, however, done on Wednesday to advance the matter. Provision was made, however, to prevent cholera-infected ships from coming into New York by the way of Long Island and through Hell Gate. On Thursday there were four deaths and ten new cases, six of the new cases being members of the Normannia’s crew. This day Pierpont Morgan announced to Dr. Jenkins that he had purchased the steamboat Stonington, on which the passengers of the Normannia and other ships could be taken. Dr. Jenkins accepted the boat, and she at once started to New York to be fitted up for her new service. She was ready for the reception of the passengers by Saturday morning. The hulk of the old warship New Hampshire was also put at Dr. Jenkins’ disposal, and she, too, had been fitted out by Sunday morning. The record of Friday was one death at Swinburne Island, two deaths on the Guion line Wyoming, which had arrived Tuesday evening from Liverpool, and had been since then lying at upper Quarantine, and another case among the crew of the Normannia. The Wyoming was now sent to the lower bay to join the infected fleet. During the day negotiations were in progress for the purchase, in behalf of the state, of the summer hotel property on Fire Island. Work was also begun at Sandy Hook, at the expense of Austin Corbin, and under direction of Dr. Hamilton and Engineer Jacobs, to make a camp for healthy passengers.

On Saturday morning the worst infected ship of all arrived. This was the Scandia, of the Hamburg-American line. She sailed from Hamburg on August 28, with 28 cabin and 981 steerage passengers and a crew of 77. On the way over, there were thirty-two deaths, and when the ship arrived in the lower bay, there were seven sick. These were taken to Swinburne Island. That day two of the sick died, and there were two new cases. There were no other new cases in the cholera fleet. Late in the afternoon the cabin passengers from the Normannia were taken aboard the Stonington, which laid in the lower bay off the spit of Sandy Hook all night. During the day the negotiations for the purchase of the summer hotel property were completed, and David Sammis, the owner, agreed to take $210,000. Governor Flower personally advanced $50,000 of the purchase price, and personally guaranteed the payment of the balance in six months. Sunday morning Charles G. Wilson, president of the New York Board of Health, went to Fire Island to complete the contract and make the first payment. He was met there by a committee of 150 from Islip to protest against the use of Fire Island for quarantine purposes. These men from the neighborhood threatened to burn the hotel property rather than have it used for quarantine purposes. During Sunday the first money of the purchase price was paid to Sammis, and the state acquired the title of Sammis’ 125 acres.

Meantime the Stonington, with the cabin passengers of the Normannia aboard, had been declared unseaworthy, and about half of them were transferred to the iron steamboat Cepheus. The Cepheus went to Fire Island, but the local pilot was intimidated by the Islip men and refused to bring the steamboat in, so she sailed back to the lower bay.

From an article in Harper’s Weekly. News of a mass exodus of Russian Jews in 1892 led to fears that the cholera epidemic in Europe would reach the United States. At the New York City quarantine station, steerage passengers were inspected, disinfected with steam and bichloride of mercury, and detained for observation. Cabin passengers—mostly wealthy Americans returning from summer travel abroad—were briefly examined, their baggage fumigated on board, before being taken ashore. “For the rich first-class passengers,” wrote journalist Abraham Cahan, “they bought a fine hotel, and for the paupers, they put up military tents.”

Ptolemy foretells the influence of the stars.More