In the diocese of Basel at the town of Dann, a witch who was burned confessed that she had killed more than forty children by sticking a needle through the crowns of their heads into their brains as they came out from the womb.

Another woman in the diocese of Strasbourg confessed that she had killed more children than she could count. And she was caught in this way: she had been called from one town to another to act as midwife to a certain woman and, having performed her office, was going back home. But as she went out of the town gate, the arm of a newly born child fell out of the cloak she had wrapped round her, in whose folds the arm had been concealed. This was seen by those who were sitting in the gateway, and when she had gone on, they picked up from the ground what they took to be a piece of meat, but when they looked more closely and saw that it was not a piece of meat, but recognized it by its fingers as a child’s arm, they reported it to the magistrates, and it was found that a child had died before baptism, lacking an arm. So the witch was taken and questioned, and confessed the crime.

It is to be presumed that witches are compelled to do such things at the command of evil spirits and sometimes against their own wills. For the devil knows that, because of original sin, such children are debarred from entering the kingdom of heaven. And by this means the Last Judgment is delayed, when the devils will be condemned to eternal torture; since the number of the elect is more slowly completed, on the fulfillment of which the world will be consumed.

When they do not kill the child, they offer it to the devil in this manner: as soon as the child is born, the midwife, if the mother herself is not a witch, carries it out of the room on the pretext of warming it, raises it up, and offers it to the prince of devils, that is, Lucifer, and to all the devils. And this is done by the kitchen fire. 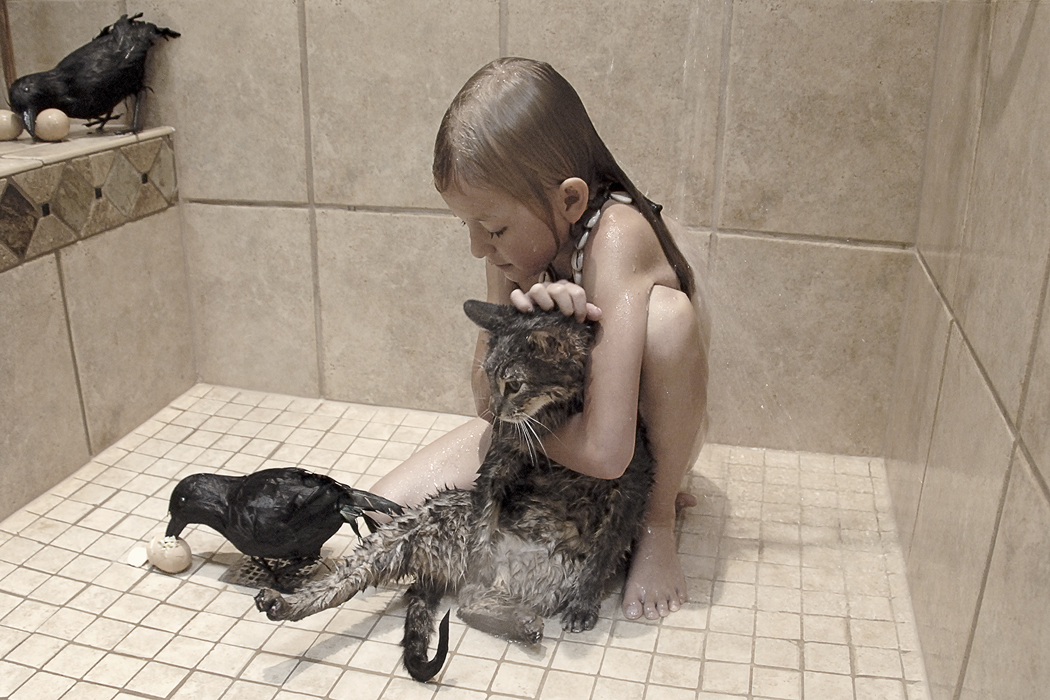 A certain man relates that he noticed that his wife, when her time came to give birth, against the usual custom of women in childbirth, did not allow any woman to approach the bed except her own daughter, who acted as midwife. Wishing to know the reason for this, he hid himself in the house and saw the whole order of the sacrilege and dedication to the devil. He saw also, as it seemed to him, that without any human support, but by the power of the devil, the child was climbing up the chain by which the cooking pots were suspended. In great consternation he strongly insisted that the child should be baptized immediately. While it was being carried to the next village, where there was a church, and when they had to cross a bridge over a certain river, he drew his sword and ran at his daughter, who was carrying the child, saying in the hearing of two others who were with them, “You shall not carry the child over the bridge, for either it must cross the bridge by itself, or you shall be drowned in the river.” The daughter was terrified and, together with the other women in company, asked him if he were in his right mind. Then he answered, “You vile drab, by your magic arts you made the child climb the chain in the kitchen; now make it cross the bridge with no one carrying it or I shall drown you in the river.” And so, being compelled, she put the child down on the bridge, and invoked the devil by her art, and suddenly the child was seen on the other side of the bridge. And when the child had been baptized, and he had returned home, since he now had witnesses to convict his daughter of witchcraft, he accused both daughter and mother before the judge after their period of purgation; and they were both burned, and the crime of midwives of making that sacrilegious offering was discovered.

Heinrich Kramer and James Sprenger, from the Malleus Maleficarum. After Kramer, a professor of theology at the University of Salzburg, and Sprenger, a dean of the University of Cologne, complained to Pope Innocent VIII that local ecclesiastical authorities were not assisting them in stamping out witchcraft, the pope issued a bull in 1484 that granted his new inquisitors the right to imprison and punish people who had given “themselves over to devils male and female.” In their book Kramer and Sprenger maintained that not to believe in witches was heresy.