Boys are wild animals, rich in the treasures of sense, but the New England boy had a wider range of emotions than boys of more equable climates. He felt his nature crudely, as it was meant. To the boy Henry Adams, summer was drunken. Among senses, smell was the strongest: smell of hot pinewoods and sweet fern in the scorching summer noon; of new-mown hay; of plowed earth; of box hedges; of peaches, lilacs, syringas; of stables, barns, cow yards; of salt water and low tide on the marshes; nothing came amiss.

Next to smell came taste, and the children knew the taste of everything they saw or touched, from pennyroyal and flag root to the shell of a pignut and the letters of a spelling book: the taste of A-B, AB, suddenly revived on the boy’s tongue sixty years afterward. Light, line, and color as sensual pleasures came later and were as crude as the rest. The New England light is glare, and the atmosphere harshens color. The boy was a full man before he ever knew what was meant by atmosphere; his idea of pleasure in light was the blaze of a New England sun. His idea of color was a peony with the dew of early morning on its petals. The intense blue of the sea, as he saw it a mile or two away, from the Quincy hills; the cumuli in a June afternoon sky; the strong reds and greens and purples of colored prints and children’s picture books, as the American colors then ran; these were ideals. The opposites or antipathies were the cold grays of November evenings and the thick, muddy thaws of Boston winter. With such standards, the Bostonian could not but develop a double nature. Life was a double thing. After a January blizzard, the boy who could look with pleasure into the violent snow glare of the cold white sunshine, with its intense light and shade, scarcely knew what was meant by tone. He could reach it only by education.

Winter and summer, then, were two hostile lives, and bred two separate natures. Winter was always the effort to live; summer was tropical license. Whether the children rolled in the grass, or waded in the brook, or swam in the salt ocean, or sailed in the bay, or fished for smelt in the creeks, or netted minnows in the salt marshes, or took to the pinewoods and the granite quarries, or chased muskrats and hunted snapping turtles in the swamps or mushrooms or nuts on the autumn hills, summer and country were always sensual living, while winter was always compulsory learning. Summer was the multiplicity of nature; winter was school.

The bearing of the two seasons on the education of Henry Adams was no fancy; it was the most decisive force he ever knew; it ran though life and made the division between its perplexing, warring, irreconcilable problems, irreducible opposites, with growing emphasis to the last year of study. From earliest childhood the boy was accustomed to feel that, for him, life was double. Winter and summer, town and country, law and liberty were hostile, and the man who pretended they were not was in his eyes a schoolmaster—that is, a man employed to tell lies to little boys. Though Quincy was but two hours’ walk from Beacon Hill, it belonged in a different world. For two hundred years, every Adams, from father to son, had lived within sight of State Street, and sometimes had lived in it, yet none had ever taken kindly to the town, or been taken kindly by it. The boy inherited his double nature. He knew as yet nothing about his great-grandfather, who had died a dozen years before his own birth; he took for granted that any great-grandfather of his must have always been good, and his enemies wicked; but he divined his great-grandfather’s character from his own. Never for a moment did he connect the two ideas of Boston and John Adams; they were separate and antagonistic; the idea of John Adams went with Quincy. He knew his grandfather John Quincy Adams only as an old man of seventy-five or eighty who was friendly and gentle with him, but except that he heard his grandfather always called “the President,” and his grandmother “the Madam,” he had no reason to suppose that his Adams grandfather differed in character from his Brooks grandfather, who was equally kind and benevolent. He liked the Adams side best, but for no other reason than that it reminded him of the country, the summer, and the absence of restraint. Yet he felt also that Quincy was in a way inferior to Boston, and that socially Boston looked down on Quincy. The reason was clear enough even to a five-year-old child. Quincy had no Boston style. Little enough style had either; a simpler manner of life and thought could hardly exist, short of cave dwelling. The flint and steel with which his grandfather Adams used to light his own fires in the early morning was still on the mantelpiece of his study. The idea of a livery or even a dress for servants, or of an evening toilette, was next to blasphemy. Bathrooms, water supplies, lighting, heating, and the whole array of domestic comforts, were unknown at Quincy. Boston had already a bathroom, a water supply, a furnace, and gas. The superiority of Boston was evident, but a child liked it no better for that.

The attachment to Quincy was not altogether sentimental or wholly sympathetic. Quincy was not a bed of thornless roses. Even there the curse of Cain set its mark. There as elsewhere a cruel universe combined to crush a child. As though three or four vigorous brothers and sisters, with the best will, were not enough to crush any child, everyone else conspired toward an education which he hated. From cradle to grave this problem of running order through chaos, direction through space, discipline through freedom, unity through multiplicity has always been, and must always be, the task of education, as it is the moral of religion, philosophy, science, art, politics, and economy; but a boy’s will is his life, and he dies when it is broken, as the colt dies in harness, taking a new nature in becoming tame. Rarely has the boy felt kindly toward his tamers. Between him and his master has always been war. Henry Adams never knew a boy of his generation to like a master, and the task of remaining on friendly terms with one’s own family, in such a relation, was never easy.

All the more singular it seemed afterward to him that his first serious contact with the President should have been a struggle of will, in which the old man almost necessarily defeated the boy, but instead of leaving, as usual in such defeats, a lifelong sting, left rather an impression of as fair treatment as could be expected from a natural enemy. The boy met seldom with such restraint. He could not have been much more than six years old at the time—seven at the utmost—and his mother had taken him to Quincy for a long stay with the President during the summer. What became of the rest of the family he quite forgot, but he distinctly remembered standing at the house door one summer morning in a passionate outburst of rebellion against going to school. Naturally his mother was the immediate victim of his rage—that is what mothers are for, and boys also—but in this case the boy had his mother at an unfair disadvantage, for she was a guest, and had no means of enforcing obedience. Henry showed a certain tactical ability by refusing to start, and he met all efforts at compulsion by successful, though too vehement protest. He was in fair way to win, and was holding his own, with sufficient energy, at the bottom of the long staircase which led up to the door of the President’s library, when the door opened, and the old man slowly came down. Putting on his hat, he took the boy’s hand without a word, and walked with him, paralyzed by awe, up the road to the town. After the first moments of consternation at this interference in a domestic dispute, the boy reflected that an old gentleman close on eighty would never trouble himself to walk near a mile on a hot summer morning over a shadeless road to take a boy to school, and that it would be strange if a lad imbued with the passion of freedom could not find a corner to dodge around somewhere before reaching the school door. Then and always, the boy insisted that this reasoning justified his apparent submission, but the old man did not stop, and the boy saw all his strategical points turned, one after another, until he found himself seated inside the school, and obviously the center of curious if not malevolent criticism. Not till then did the President release his hand and depart. 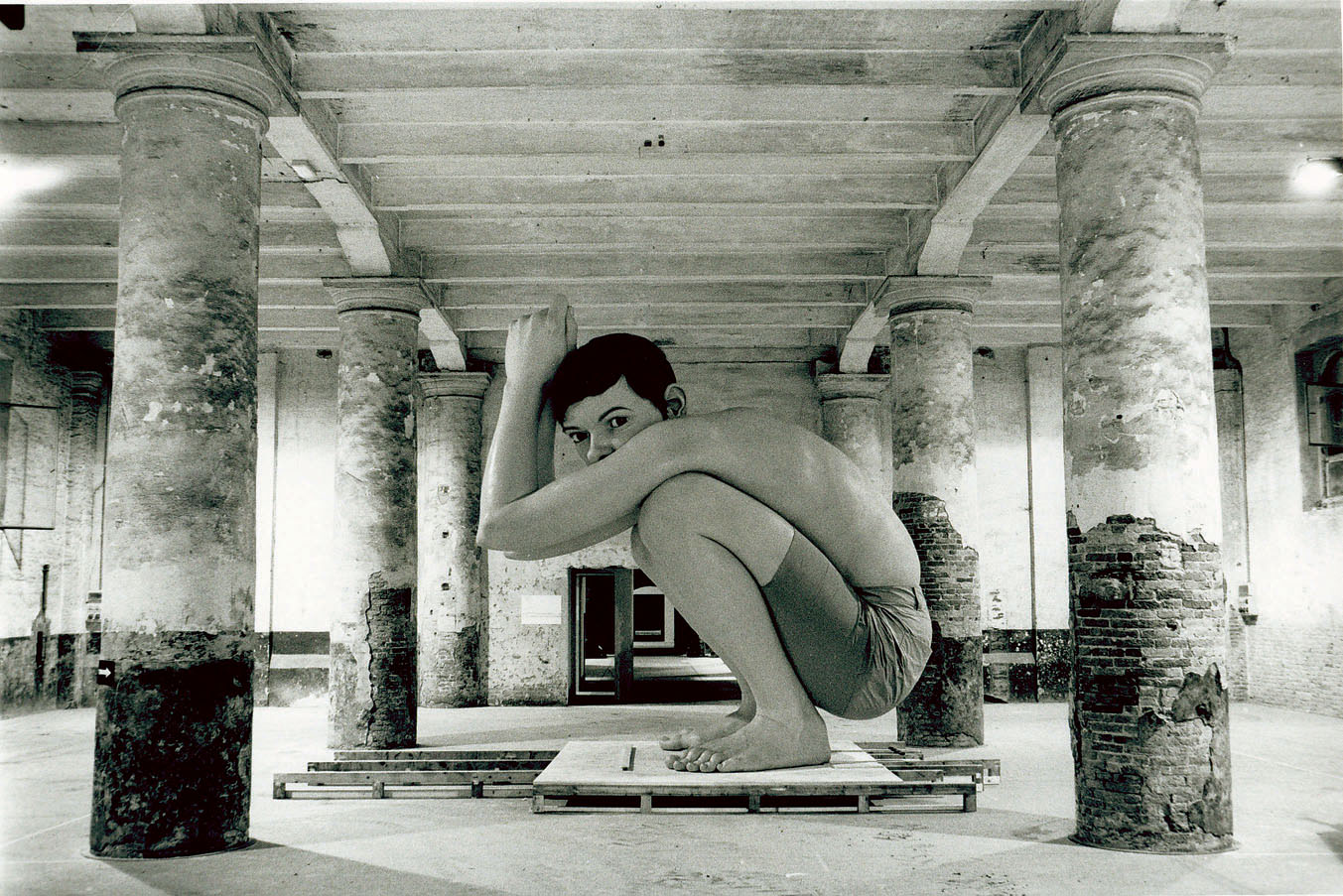 The point was that this act, contrary to the inalienable rights of boys, and nullifying the social compact, ought to have made him dislike his grandfather for life. He could not recall that it had this effect even for a moment. With a certain maturity of mind, the child must have recognized that the President, though a tool of tyranny, had done his disreputable work with a certain intelligence. He had shown no temper, no irritation, no personal feeling, and had made no display of force. Above all, he had held his tongue. During their long walk he had said nothing; he had uttered no syllable of revolting cant about the duty of obedience and the wickedness of resistance to law; he had shown no concern in the matter; hardly even a consciousness of the boy’s existence. Probably his mind at that moment was actually troubling itself little about his grandson’s iniquities, and much about the iniquities of President Polk, but the boy could scarcely at that age feel the whole satisfaction of thinking that President Polk was to be the vicarious victim of his own sins, and he gave his grandfather credit for intelligent silence. For this forbearance he felt instinctive respect. He admitted force as a form of right; he admitted even temper, under protest, but the seeds of a moral education would at that moment have fallen on the stoniest soil in Quincy, which is, as everyone knows, the stoniest glacial and tidal drift known in any Puritan land.

From The Education of Henry Adams. After graduating from Harvard College in 1858, Adams interviewed the Italian revolutionary Giuseppe Garibaldi while on a grand tour in 1860 and the following year began acting as the private secretary to his own father, appointed minister to England by Abraham Lincoln. He published his novel Democracy in 1880 and his nine-volume study of the Jefferson and Madison administrations between 1889 and 1891. Adams’ autobiography appeared posthumously in 1918 and was awarded a Pulitzer Prize.