After dinner Nozdrev and Chichikov repaired to the parlor, where, after candles had been brought, Chichikov perceived that his host had produced a pack of cards.

“I tell you what,” said Nozdrev, pressing the sides of the pack together and then slightly bending them, so that the pack cracked and a card flew out. “How would it be if to pass the time, I were to make a bank of three hundred?”

Chichikov pretended not to have heard him but remarked with an air of having just recollected a forgotten point, “By the way, I had omitted to say that I have a request to make of you.”

“First give me your word that you will grant it.”

“Then you give me your word, do you?”

“Your word of honor?”

“This, then, is my request. I presume that you have a large number of dead serfs whose names have not yet been removed from the revision list?”

“Because I want you to make them over to me.”

“Of what use would they be to you?”

“Never mind. I have a purpose in wanting them.”

“A purpose that is strictly my own affair. In short, I need them.”

“You seem to have hatched a very fine scheme. Out with it, now! What is in the wind?”

“How could I have hatched such a scheme as you say? One could not very well hatch a scheme out of such a trifle as this.”

Everyone lives by selling something.

“Then for what purpose do you want the serfs?”

“Oh, the curiosity of the man! He wants to poke his fingers into and smell over every detail!”

“Why do you decline to say what is in your mind? At all events, until you do say, I shall not move in the matter.”

“But how would it benefit you to know what my plans are? A whim has seized me. That is all. Nor are you playing fair. You have given me your word of honor, yet now you are trying to back out of it.”

“No matter what you desire me to do, I decline to do it until you have told me your purpose.”

“What am I to say to the fellow?” thought Chichikov. He reflected for a moment and then explained that he wanted the dead souls in order to acquire a better standing in society, since at present he possessed little landed property and only a handful of serfs.

“You are lying,” said Nozdrev without even letting him finish. “Yes, you are lying, my good friend.”

Chichikov himself perceived that his device had been a clumsy one, and his pretext weak. “I must tell him straight-out,” he said to himself as he pulled his wits together.

“Should I tell you the truth,” he added aloud, “I must beg of you not to repeat it. The truth is that I am thinking of getting married. But unfortunately my betrothed’s father and mother are very ambitious people and do not want me to marry her, since they desire the bridegroom to own not less than 300 souls, whereas I own but 250, and that number is not sufficient.” 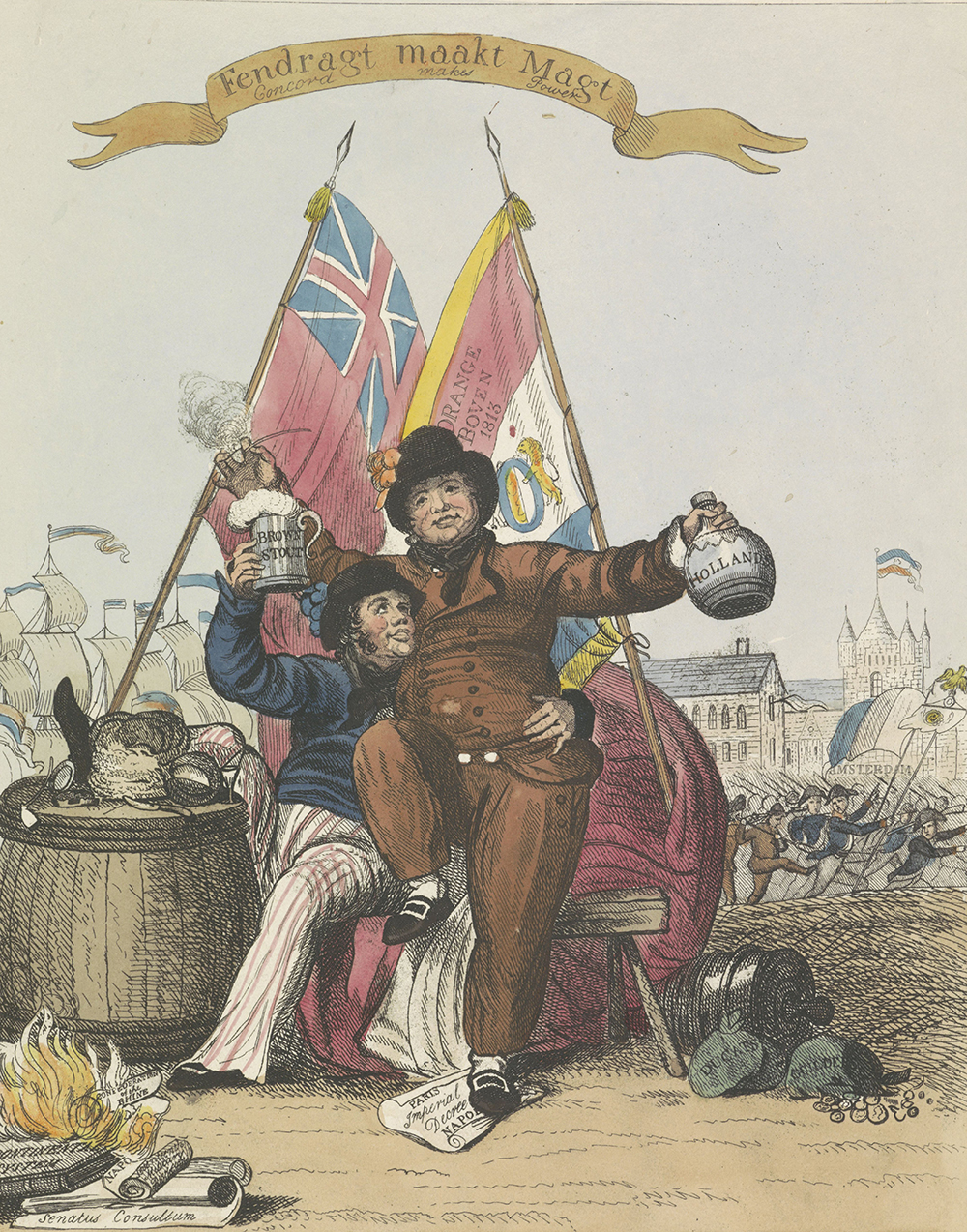 “Again you are lying,” said Nozdrev.

“Then look here, I have been lying only to this extent.” And Chichikov marked off on his little finger a minute portion.

“Nevertheless, I will bet my head that you have been lying throughout.”

“Come, come! That is not very civil of you. Why should I have been lying?”

“Because I know you, and know that you are a regular skinflint. I say that in all friendship. If I possessed any power over you, I should hang you to the nearest tree.”

This remark hurt Chichikov, for at any time he disliked expressions gross or offensive to decency, and never allowed anyone to behave toward him with an undue measure of familiarity. Consequently, his sense of umbrage on the present occasion was unbounded.

“If you do not care to give me the serfs, why not sell them?”

“Sell them? I know you, you rascal! You wouldn’t give me very much for them, would you?”

“A nice fellow! Look here. What are they to you? So many diamonds, eh?”

“Pardon me, but I could wish that you were a member of the Jewish persuasion. You would give them to me fast enough then.”

“On the contrary, to show you that I am not a usurer, I will decline to ask of you a single kopeck for the serfs. All that you need do is to buy that colt of mine, and then I will throw in the serfs in addition.”

“But what should I want with your colt?” said Chichikov, genuinely astonished at the proposal.

“What should you want with him? Why, I have bought him for ten thousand rubles and am ready to let you have him for four.”

“I ask you again, of what use could the colt possibly be to me? I am not the keeper of a breeding establishment.”

“Ah! I see that you fail to understand me. Let me suggest that you pay down at once three thousand rubles of the purchase money and leave the other thousand until later.”

“Then buy the roan mare.”

“Then you shall have both the mare and the gray horse that you have seen in my stables for two thousand rubles.”

“I require no horses at all.”

“Then sell them at that fair yourself, seeing that you are so certain of making a triple profit.”

“Oh, I should make it fast enough, only I want you to benefit by the transaction.” 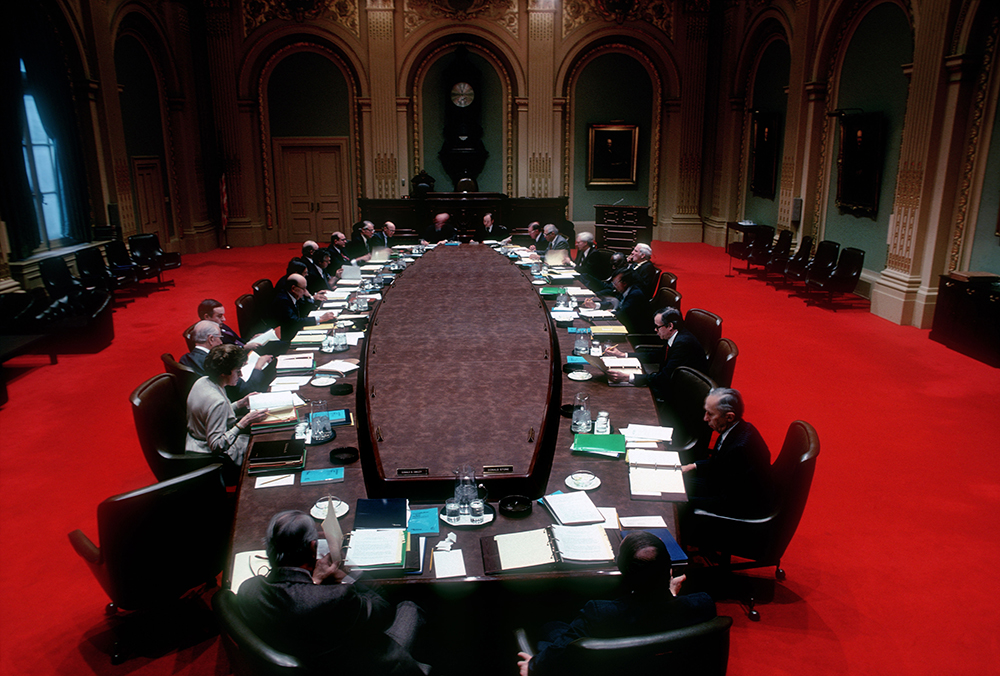 Chichikov duly thanked his interlocutor but continued to decline either the gray horse or the roan mare.

“Then buy a few dogs,” said Nozdrev. “I can sell you a couple with hides aquiver, ears well pricked, coats like quills, ribs barrel shaped, and paws so tucked up as scarcely to graze the ground when they run.”

“Of what use would those dogs be to me? I am not a sportsman.”

“But I want you to have the dogs. Listen, if you won’t have the dogs, then buy my barrel organ. ’Tis a splendid instrument. As a man of honor, I tell you that when new, it cost me fifteen hundred rubles. Well, you shall have it for nine hundred.”

“Come, come! What should I want with a barrel organ? I am not a German, to go hauling it about the roads and begging for coppers.”

“But this is quite a different kind of organ from the one that Germans take about with them. You see, it is a real organ. Look at it for yourself. It is made of the best wood. I will take you to have another view of it.”

And seizing Chichikov by the hand, Nozdrev drew him toward the other room, where in spite of the fact that Chichikov, with his feet planted firmly on the floor, assured his host again and again that he knew exactly what the organ was like, he was forced once more to hear how Marlborough went to the war.

“Then since you don’t care to give me any money for it,” persisted Nozdrev, “listen to the following proposal. I will give you the barrel organ and all the dead souls I possess, and in return you shall give me your britska [horse-drawn carriage] and another three hundred rubles into the bargain.”

“Listen to the man! In that case, what should I have left to drive in?”

“Oh, I would stand you another britska. Come to the coach house, and I will show you the one I mean. It only needs repainting to look a perfectly splendid britska.”

“The ramping, incorrigible devil!” thought Chichikov to himself, as at all hazards he resolved to escape from britskas, organs, and every species of dog, however marvelously barrel ribbed and tucked up of paw.

“And in exchange, you shall have the britska, the barrel organ, and the dead souls,” repeated Nozdrev.

“I must decline the offer,” said Chichikov.

“Because I don’t want the things—I am full up already.”

“I can see that you don’t know how things should be done between good friends and comrades. Plainly you are a man of two faces.”

“What do you mean, you fool? Think for yourself. Why should I acquire articles I don’t want?”

Money speaks sense in a language all nations understand.

“Say no more about it, if you please. I have quite taken your measure. But see here. Should you care to play a game of banker? I am ready to stake both the dead souls and the barrel organ at cards.”

“No. To leave an issue to cards means to submit oneself to the unknown,” said Chichikov, covertly glancing at the pack that Nozdrev had got in his hands. Somehow the way in which his companion had cut that pack seemed to him suspicious.

“Why to the unknown?” asked Nozdrev. “There is no such thing as the unknown. Should luck be on your side, you may win the devil knows what a haul. Oh, luck, luck!” he went on, beginning to deal, in the hope of raising a quarrel. “Here is the cursed nine on which, the other night, I lost everything. All along I knew that I should lose my money. Said I to myself, ‘The devil take you, you false, accursed card!’ ”

Just as Nozdrev uttered the words, his servant Porphyri entered with a fresh bottle of liquor, but Chichikov declined either to play or to drink.

“Why do you refuse to play?” asked Nozdrev.

“Because I feel indisposed to do so. Moreover, I must confess I am no great hand at cards.”

“You are no great hand at anything, I think.”

“What does that matter? God has made me so.”

“The truth is you are a Thetuk, and nothing else. Once upon a time I believed you to be a good fellow, but now I see that you don’t understand civility. One cannot speak to you as one would to an intimate, for there is no frankness or sincerity about you.”

“For what reason are you abusing me? Am I in any way at fault for declining to play cards? Sell me those souls if you are the man to hesitate over such rubbish.”

“The foul fiend take you! I was about to have given them to you for nothing, but now you shan’t have them at all—not if you offer me three kingdoms in exchange. Henceforth I will have nothing to do with you, you cobbler, you dirty blacksmith! Porphyri, go and tell the hostler to give the gentleman’s horses no oats, but only hay.”

This development Chichikov had hardly expected.

From Dead Souls. Born in 1809 to a Polish Ukrainian landowning family, Gogol moved to St. Petersburg as a young man to pursue a civil service career. He wrote to his mother in 1829 to ask for detailed descriptions of Ukrainian folk customs and costumes, which he used as material for Evenings on a Farm Near Dikanka, a collection of stories that earned him instant fame. Elsewhere in this satirical novel, it is theorized that Chichikov is “Napoleon in disguise”—that the Frenchman had been released from St. Helena to wreak havoc on Russia.