The art of mechanics, now so celebrated and admired, was first originated by Eudoxus and Archytas, who embellished geometry with its subtleties and gave to problems incapable of proof by word and diagram a support derived from mechanical illustrations that were patent to the senses.

For instance, in solving the problem of finding two mean proportional lines, a necessary requisite for many geometrical figures, both mathematicians had recourse to mechanical arrangements, adapting to their purposes certain intermediate portions of curved lines and sections. But Plato was incensed at this and inveighed against them as corrupters and destroyers of the pure excellence of geometry, which thus turned her back upon the incorporeal things of abstract thought and descended to the things of sense, making use, moreover, of objects that required much mean and manual labor. For this reason, mechanics was made entirely distinct from geometry and, being for a long time ignored by philosophers, came to be regarded as one of the military arts.

And yet even Archimedes, who was a kinsman and friend of King Hiero, wrote to him that with any given force, it was possible to move any given weight. Emboldened, we are told, by the strength of his demonstration, he declared that if there were another world, and he could go to it, he could move this. Hiero was astonished and begged him to put his proposition into execution and show him some great weight moved by a slight force. Archimedes therefore fixed upon a three-masted merchantman of the royal fleet that had been dragged ashore by the great labors of many men. After putting on board many passengers and the customary freight, he seated himself at a distance from her and, without any great effort but quietly setting in motion with his hand a system of compound pulleys, drew her toward him smoothly and evenly, as though she were gliding through the water. Amazed at this, then, and comprehending the power of his art, the king persuaded Archimedes to prepare for him offensive and defensive engines to be used in every kind of siege warfare. These he had never used himself, because he spent the greater part of his life in freedom from war and amid the festal rites of peace, but at the present time his apparatus stood the Syracusans in good stead, and, with the apparatus, its fabricator.

When, therefore, the Romans assaulted them by sea and land, the Syracusans were struck dumb with terror. They thought that nothing could withstand so furious an onset by such forces. But Archimedes began to ply his engines and shot against the land forces of the assailants all sorts of missiles and immense masses of stones, which came down with incredible din and speed. Nothing whatever could ward off their weight, but they knocked down in heaps those who stood in their way and threw their ranks into confusion. At the same time, huge beams were suddenly projected over the ships from the walls, which sank some of them with great weights plunging down from on high. Others were seized at the prow by iron claws or beaks like the beaks of cranes, drawn straight up into the air, and then plunged stern foremost into the depths or were turned around and around by means of enginery within the city and dashed upon the steep cliffs that jutted out beneath the wall of the city, with great destruction of the fighting men on board, who perished in the wrecks. Frequently, too, a ship would be lifted out of the water into midair, whirled hither and thither as it hung there, a dreadful spectacle, until its crew had been thrown out and hurled in all directions, when it would fall empty upon the walls or slip away from the clutch that had held it. As for the engine that the Roman general Marcellus was bringing up on the bridge of ships, and which was called sambuca from some resemblance it had to the musical instrument of that name, while it was still some distance off in its approach to the wall, a stone of ten talents’ weight was discharged at it, then a second and a third. Some of these, falling upon it with great din and surge of wave, crushed the foundation of the engine, shattered its framework, and dislodged it from the platform, so that Marcellus, in perplexity, ordered his ships to sail back as fast as they could and his land forces to retire. 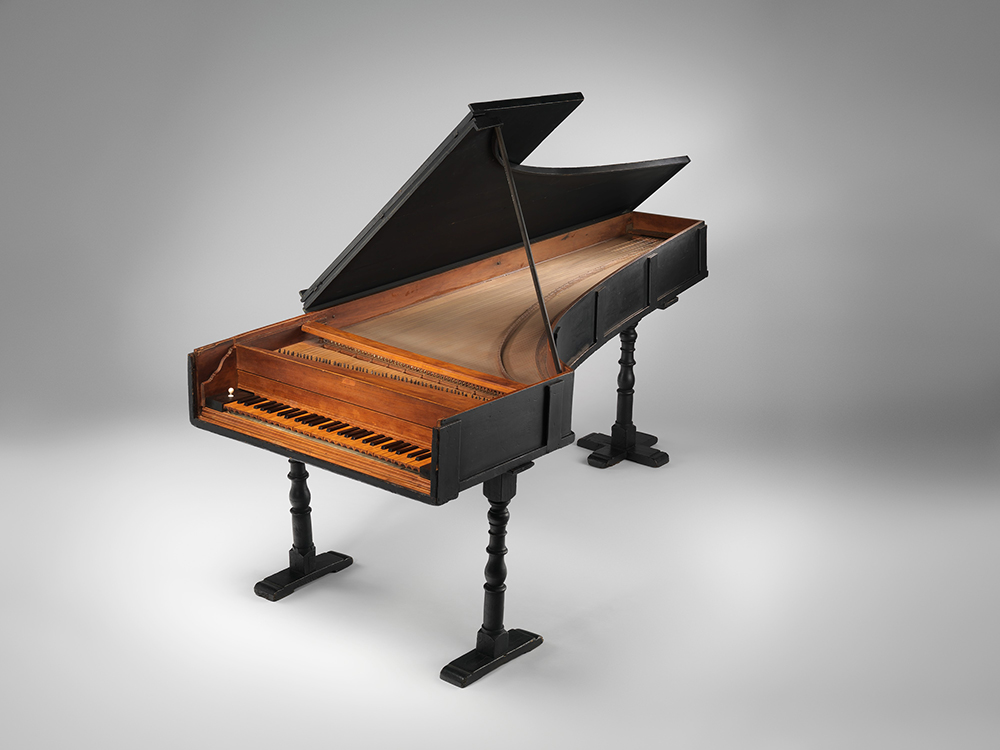 Then in a council of war it was decided to come up under the walls while it was still night, if they could. For the ropes that Archimedes used in his engines, since they imparted great impetus to the missiles cast, would, they thought, send them flying over their heads but would be ineffective at close quarters, where there was no space for the cast. Archimedes, however, as it seemed, had long before prepared for such an emergency engines with a range adapted to any interval and missiles of short flight, and through many small and contiguous openings in the wall, short-range engines called scorpions could be brought to bear on objects close at hand without being seen by the enemy.

When, therefore, the Romans came up under the walls, thinking themselves unnoticed, once more they encountered a great storm of missiles. Huge stones came tumbling down upon them almost perpendicularly, and the wall shot out arrows at them from every point; they therefore retired. And here again when they were some distance off, missiles darted forth and fell upon them as they were going away, and there was a great slaughter among them. Many of their ships, too, were dashed together, and they could not retaliate in any way upon their foes. For Archimedes had built most of his engines close behind the wall, and the Romans seemed to be fighting against the gods, now that countless mischiefs were poured out upon them from an invisible source.

However, Marcellus made his escape, and jesting with his own artificers and engineers, “Let us stop,” said he, “fighting against this geometrical Briareus, who uses our ships like cups to ladle water from the sea and has whipped and driven off in disgrace our sambuca, and with the many missiles that he shoots against us all at once, outdoes the hundred-handed monsters of mythology.” For in reality all the rest of the Syracusans were but a body for the designs of Archimedes, and his the one soul moving and managing everything, for all other weapons lay idle, and his alone were then employed by the city both in offense and defense. At last the Romans became so fearful that, whenever they saw a bit of rope or a stick of timber projecting a little over the wall, “There it is,” they cried, “Archimedes is training some engine upon us,” and turned their backs and fled. Seeing this, Marcellus desisted from all fighting and assault and thenceforth depended on a long siege.

And yet Archimedes possessed such a lofty spirit, so profound a soul, and such a wealth of scientific theory that although his inventions had won for him a name and fame for superhuman sagacity, he would not consent to leave behind him any treatise on this subject, but regarding the work of an engineer and every art that ministers to the needs of life as ignoble and vulgar, he devoted his earnest efforts only to those studies the subtlety and charm of which are not affected by the claims of necessity. These studies, he thought, are not to be compared with any others. In them the subject matter vies with the demonstration, the former supplying grandeur and beauty, the latter precision and surpassing power. For it is not possible to find in geometry more profound and difficult questions treated in simpler and purer terms. Some attribute this success to his natural endowments; others think it due to excessive labor that everything he did seemed to have been performed without labor and with ease. For no one could by his own efforts discover the proof, and yet as soon as he learns it from him, he thinks he might have discovered it himself, so smooth and rapid is the path by which he leads one to the desired conclusion. And therefore we may not disbelieve the stories told about him, how under the lasting charm of some familiar and domestic siren, he forgot even his food and neglected the care of his person, and how when he was dragged by main force, as he often was, to the place for bathing and anointing his body, he would trace geometrical figures in the ashes and draw lines with his finger in the oil with which his body was anointed, being possessed by a great delight and in very truth a captive of the Muses. And although he made many excellent discoveries, he is said to have asked his kinsmen and friends to place over the grave where he should be buried a cylinder enclosing a sphere, with an inscription giving the proportion by which the containing solid exceeds the contained.

From Parallel Lives. The author of this collection of paired biographies of Greek and Roman notables was born in 46 in Boeotia and studied in Athens. This account of the mathematician Archimedes appears in the biography of Marcus Claudius Marcellus, the Roman general who laid siege to Syracuse during the Second Punic War. After the city fell in 212 bc, a rogue Roman soldier killed Archimedes. “It is generally agreed,” Plutarch writes, “that Marcellus was afflicted at his death and turned away from his slayer as from a polluted person and sought out the kindred of Archimedes and paid them honor.” 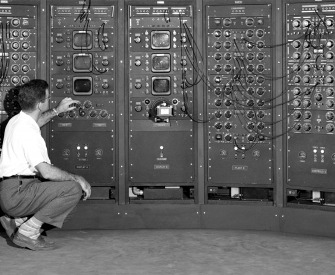